The humidors are similar to those the company announced as part of its Winston Churchill line of accessories, two different designs offered in two different sizes. 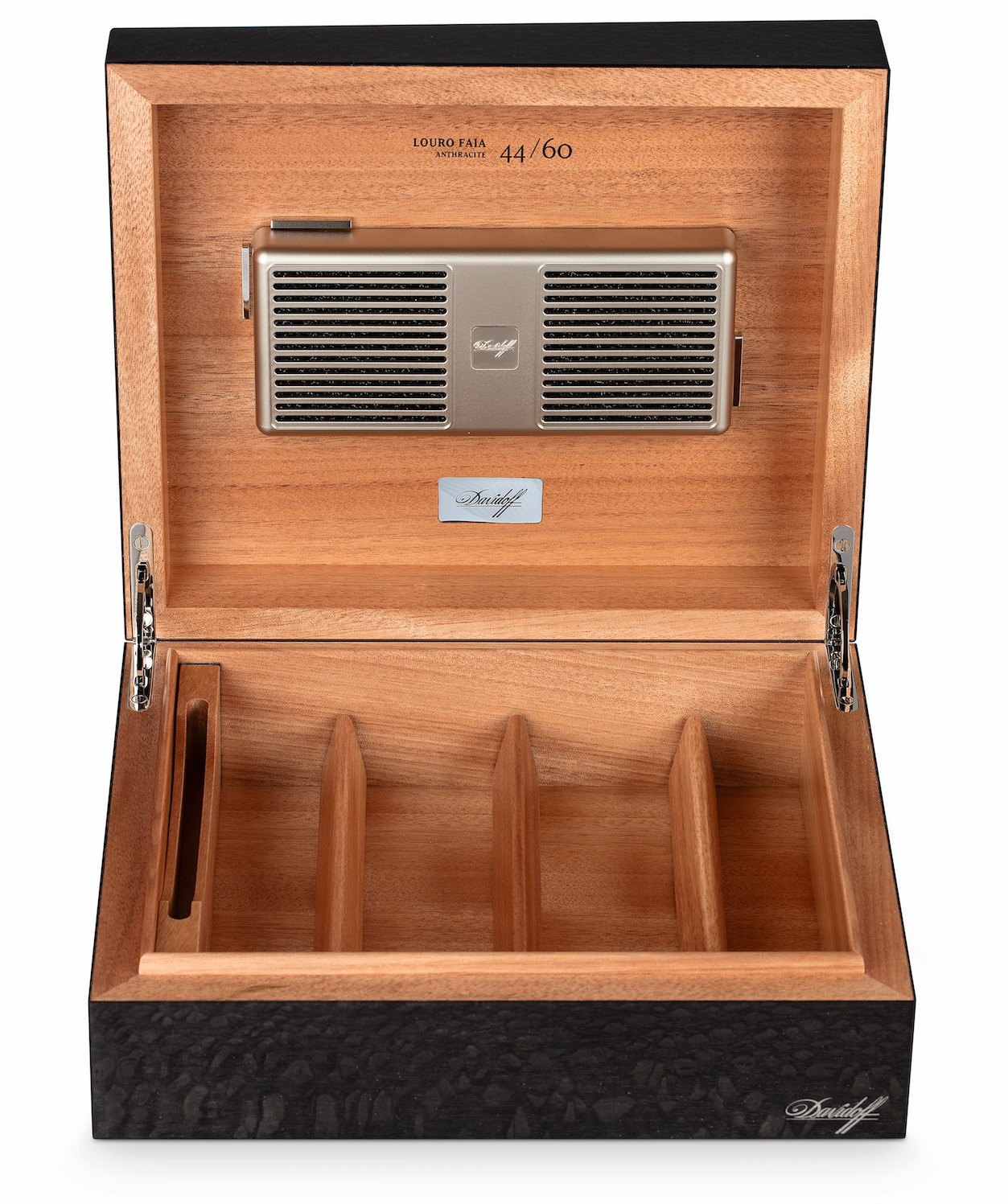 They are made in France using okume wood, noted for its odorless smell. The red version is made of birdseye maple on the exterior, while the grey version is made of louro faia. Both include a single Davidoff slim line regulator, designed to keep the humidor between 70-72 relative humidity.

Each are limited to 60 numbered pieces.