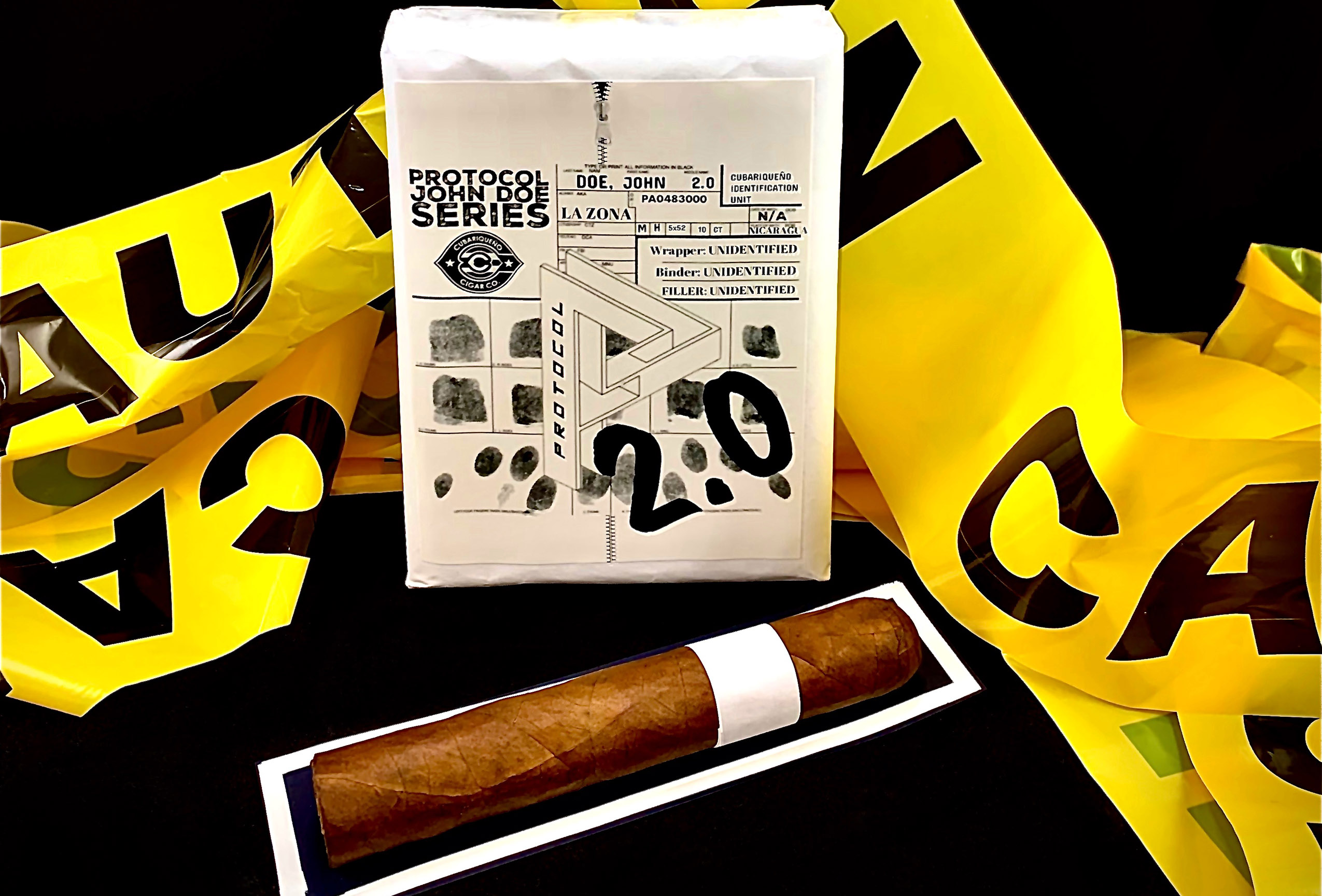 Cubariqueño Cigar Co. has announced that its Protocol John Doe Series will get a follow-up release in July, the aptly-named John Doe 2.0.

Like its predecessor that came out in January 2019, no details about the cigar’s blend are being disclosed. What is being disclosed is that it is a 5 x 52 robusto produced at the La Zona Cigar Factory in Estelí, Nicaragua.

Also like its predecessor, the John Doe 2.0 will be a single store exclusive, heading to Omerta Cigar Co. in Oklahoma City. The store is scheduled to host an in-store release party on July 11, and will also offer the cigar via its website.

“We are excited and honored to have been selected by our great partners in the industry for this phenomenal release,” said Jarrett Jackson, managing partner at Omerta Cigar Co., via a press release. “We look forward to a great rollout event and being a part of Protocol’s rise in the industry especially here in the midwest.”

Pricing is set at $9.25 per cigar, or $92.50 for a 10-count bundle. A total of 225 bundles have been produced, and the company says that it will be a singular release, meaning that once it is sold out, no more will be produced.

The company has also released the Jane Doe Series, a project that also has an undisclosed blend and similar design to the John Doe Series.