As part of the 2016 IPCPR Convention & Trade Show, Crux Cigars released a brand new limited edition that could only be purchased by retailers who attended the event in Las Vegas.

While there have been any number of IPCPR exclusive releases from different manufacturers over the years, this release had a twist: the Crux Limitada Show Exclusive 2016 was not actually sold. Instead, attendees received one 10-count box for free for every $1,000 of wholesale product they ordered from Crux at the trade show. This meant that they could set their own price for the cigars, although Crux did eventually designate an MSRP of $11.99 each. 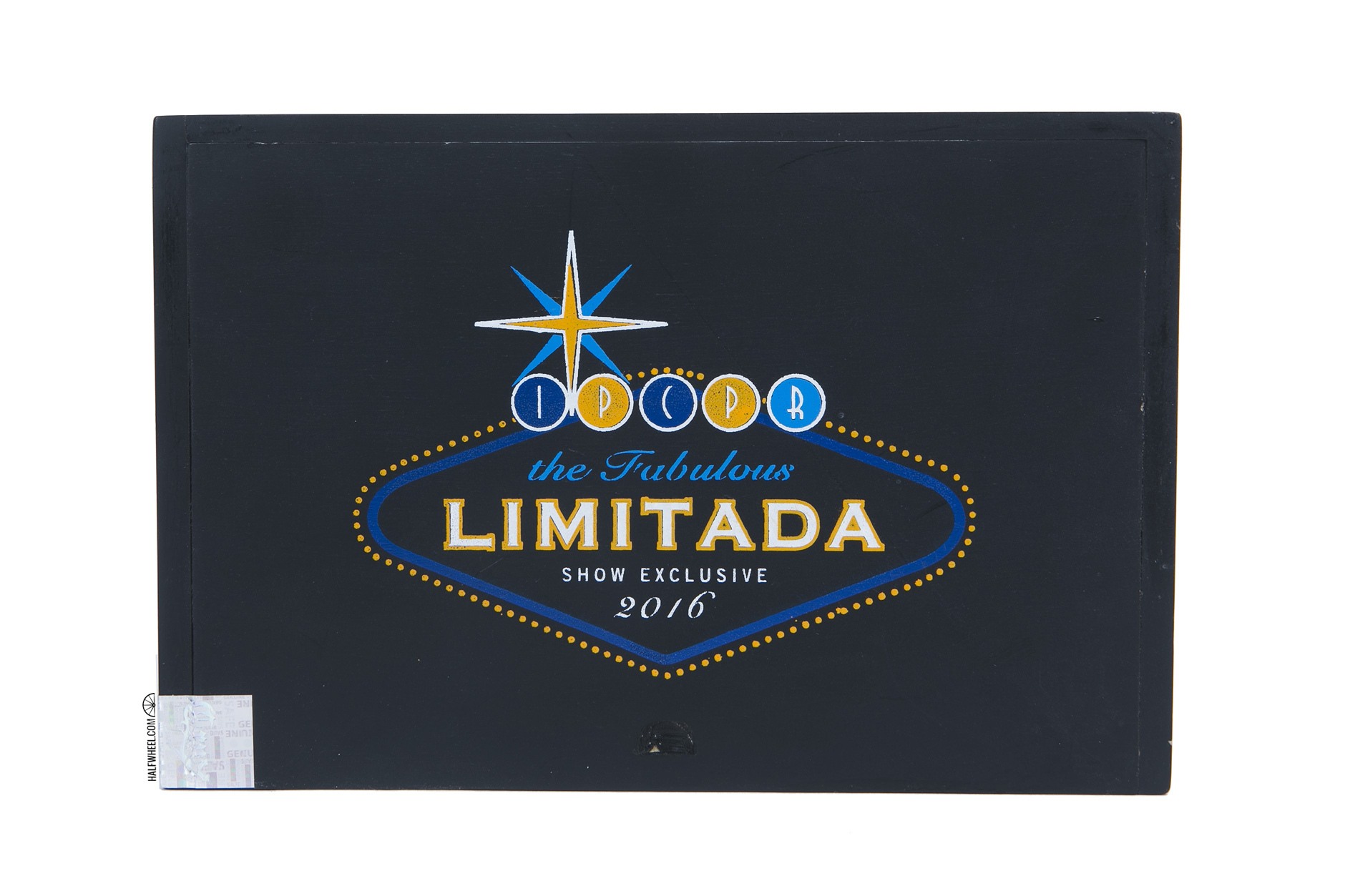 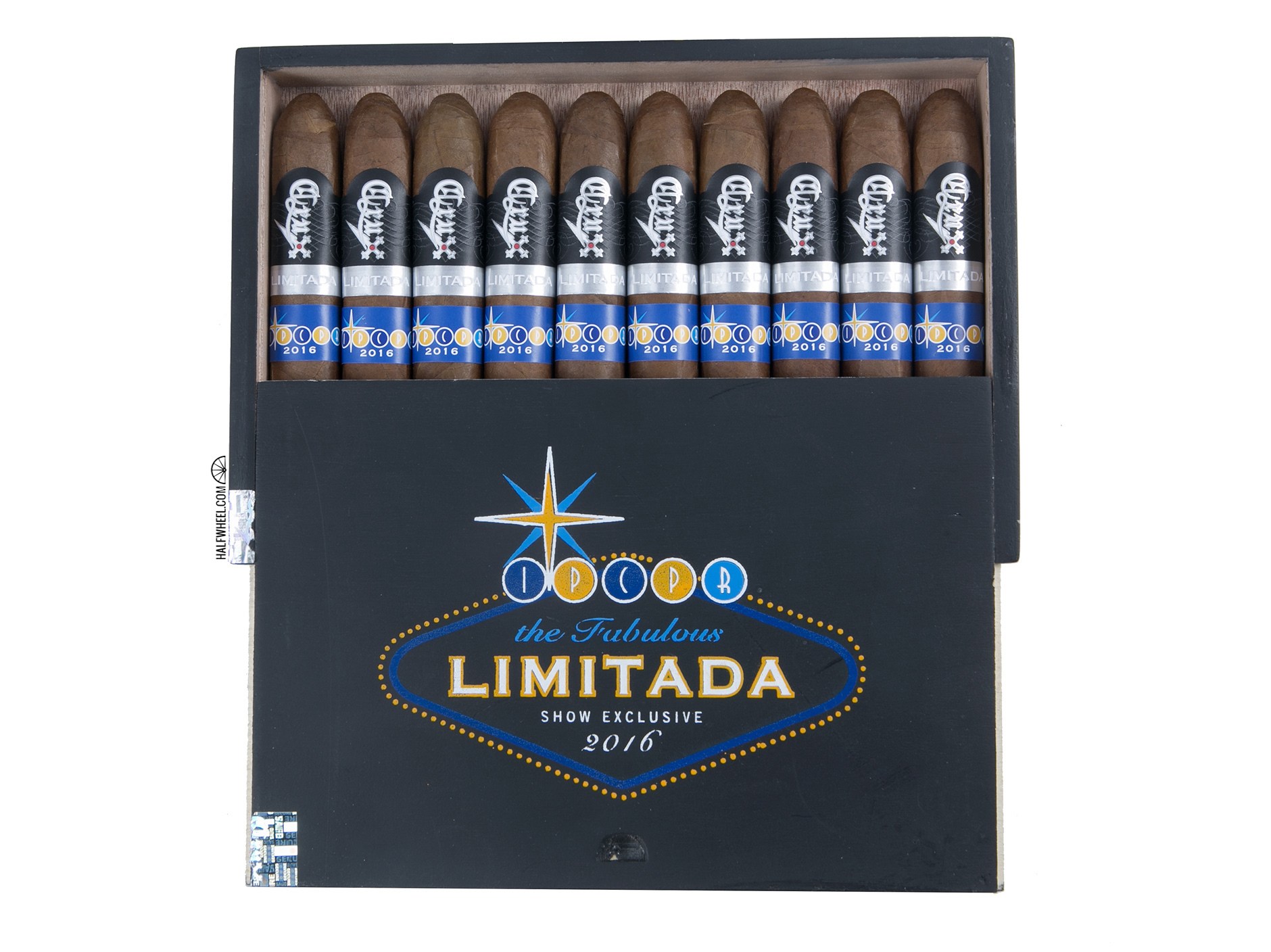 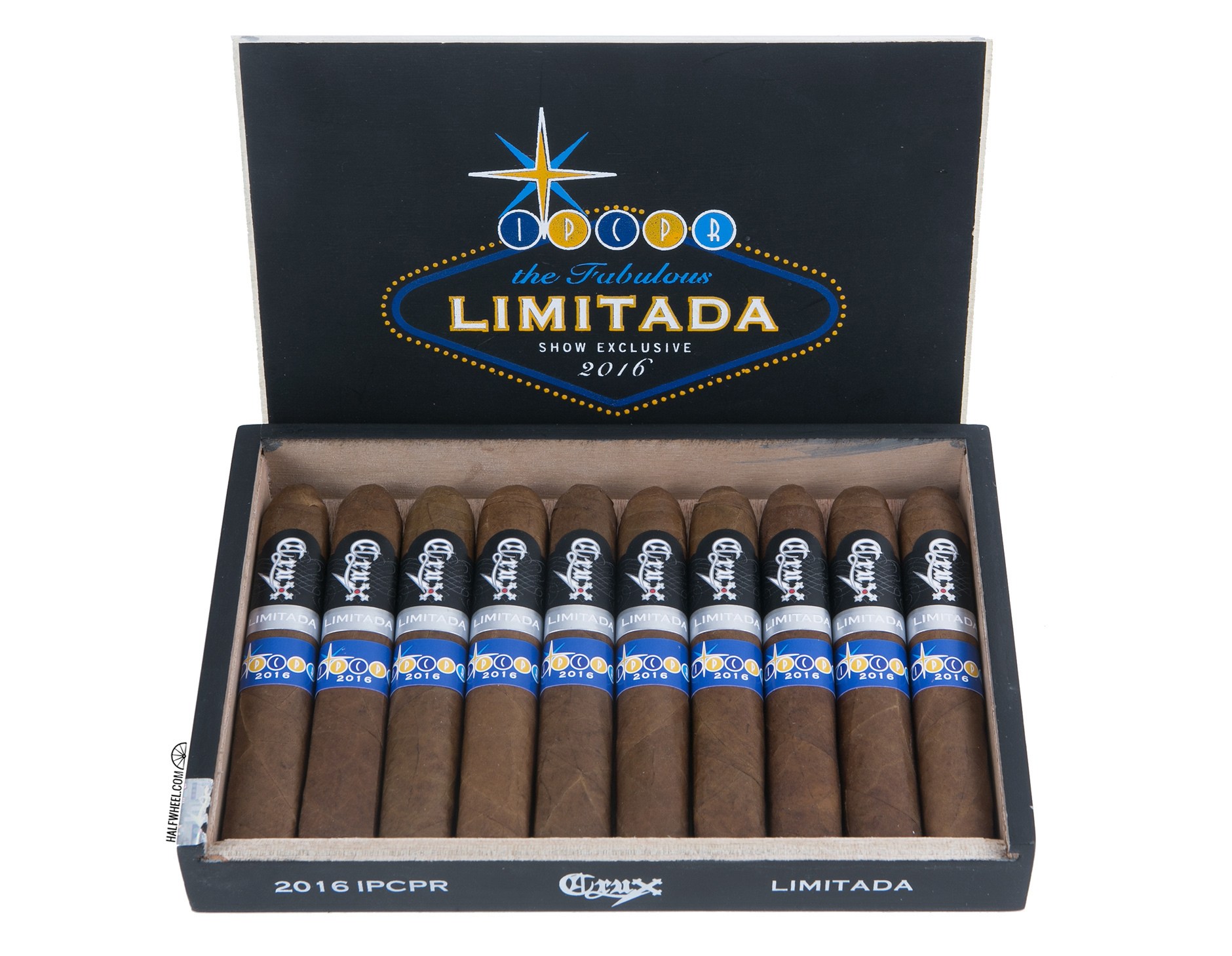 Internally, the Crux Limitada Show Exclusive 2016 incorporates the same tobacco as both the Limitada PB5 and Limitada PB5 2016 Second Release, although there were some minor changes in the tobaccos used in the filter. The blend includes a Engañoso wrapper covering a Connecticut broadleaf binder and filler tobaccos hailing from the Dominican Republic and Nicaragua. If you have never heard of an Engañoso wrapper, don’t feel bad: it is grown in the Estelí region of Nicaragua and Crux secured the exclusive rights to it in 2012.

There have now been three different releases in Crux’s Limitada line. 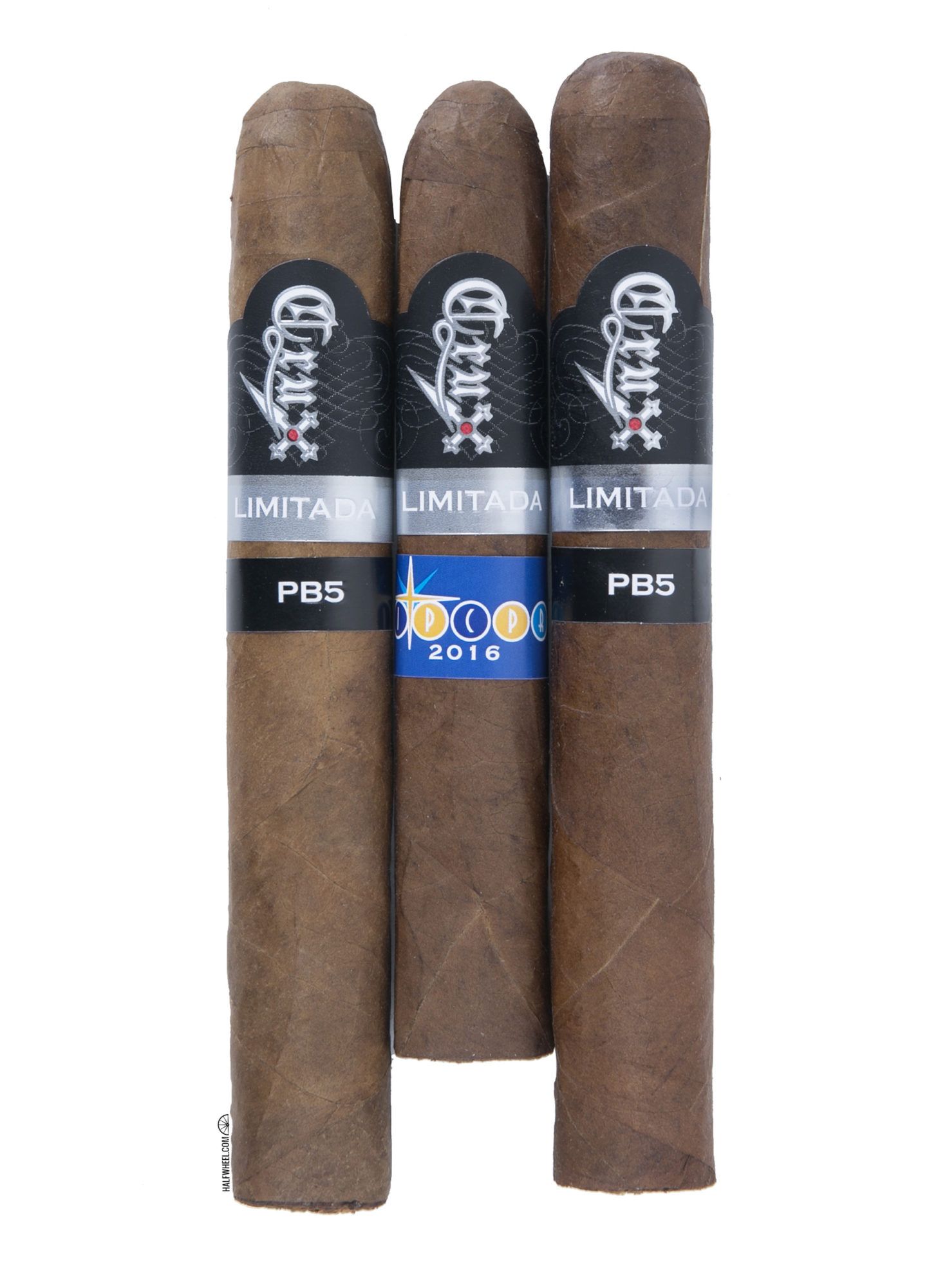 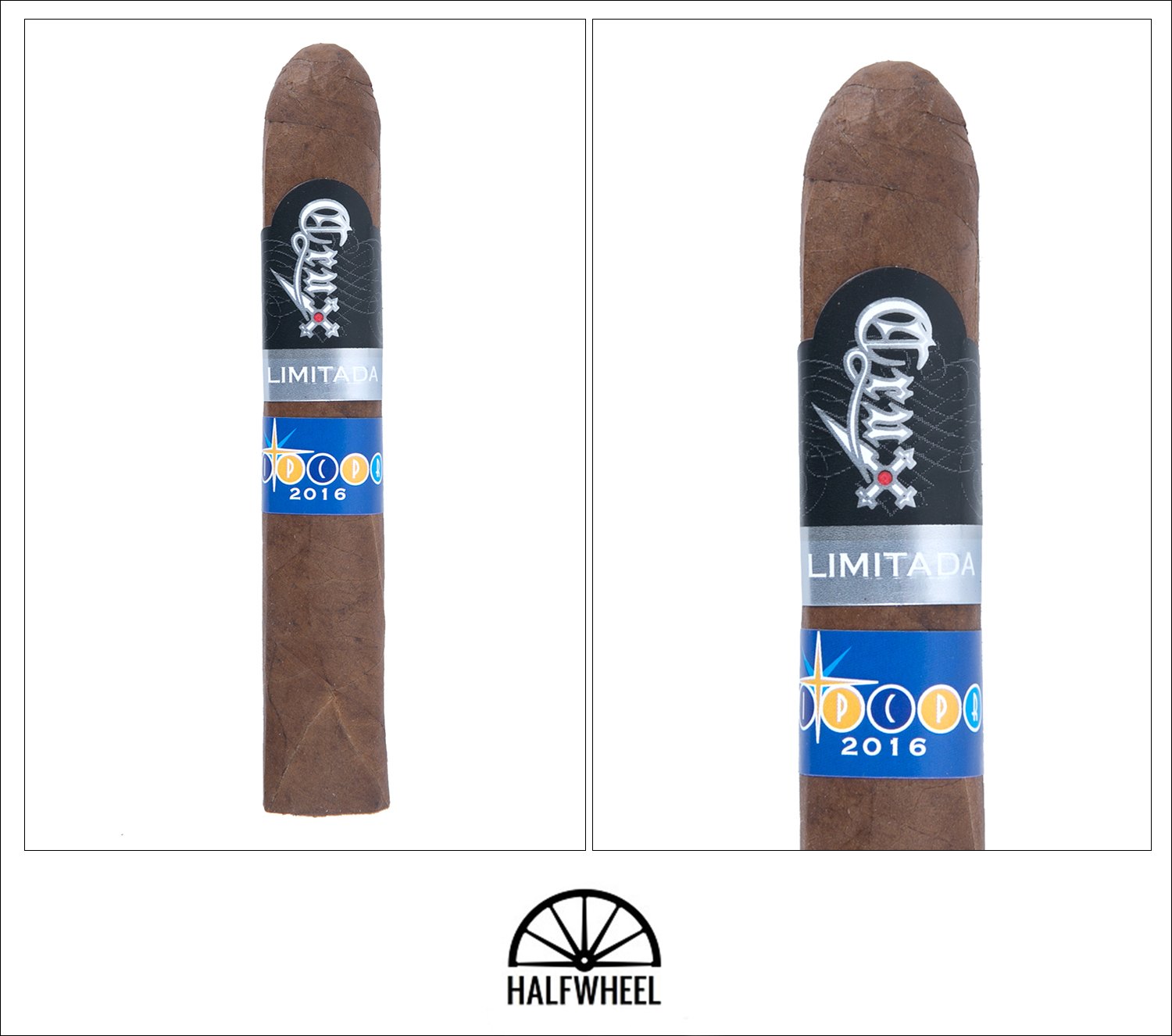 The Crux Limitada Show Exclusive 2016 is covered in a milk chocolate brown wrapper that has a noticeable red tint to it and is almost slick to the touch. Along with some obvious oil and multiple viens, the cigar also features a noticeable box-press as well as the signature—and unmistakable—109 cap. Aroma from the wrapper is a combination of dark chocolate, sweet oak, earth, manure and hay, while the cold draw brings flavors of peppermint, leather, roasted coffee beans, creamy oak, black pepper and a touch of syrupy sweetness.

Starting out, the Crux Limitada Show 2016 features a dominant combination of flavors that include roasted peanuts, earth and creamy oak, along with lesser notes of bitter espresso beans, citrus, and hay. There is a wonderful maple syrup sweetness on the retrohale that has been transported over from the cold draw and it combines nicely with some significant black pepper that is also noticeable. Construction-wise, the draw is excellent after a simple dickman cut, and while the burn is a bit wavy, it is nowhere near bad enough that I need to correct it yet. The smoke production is both dense and copious, while the overall strength starts out quite mild before settling at a point between mild and medium by the time the first third ends. 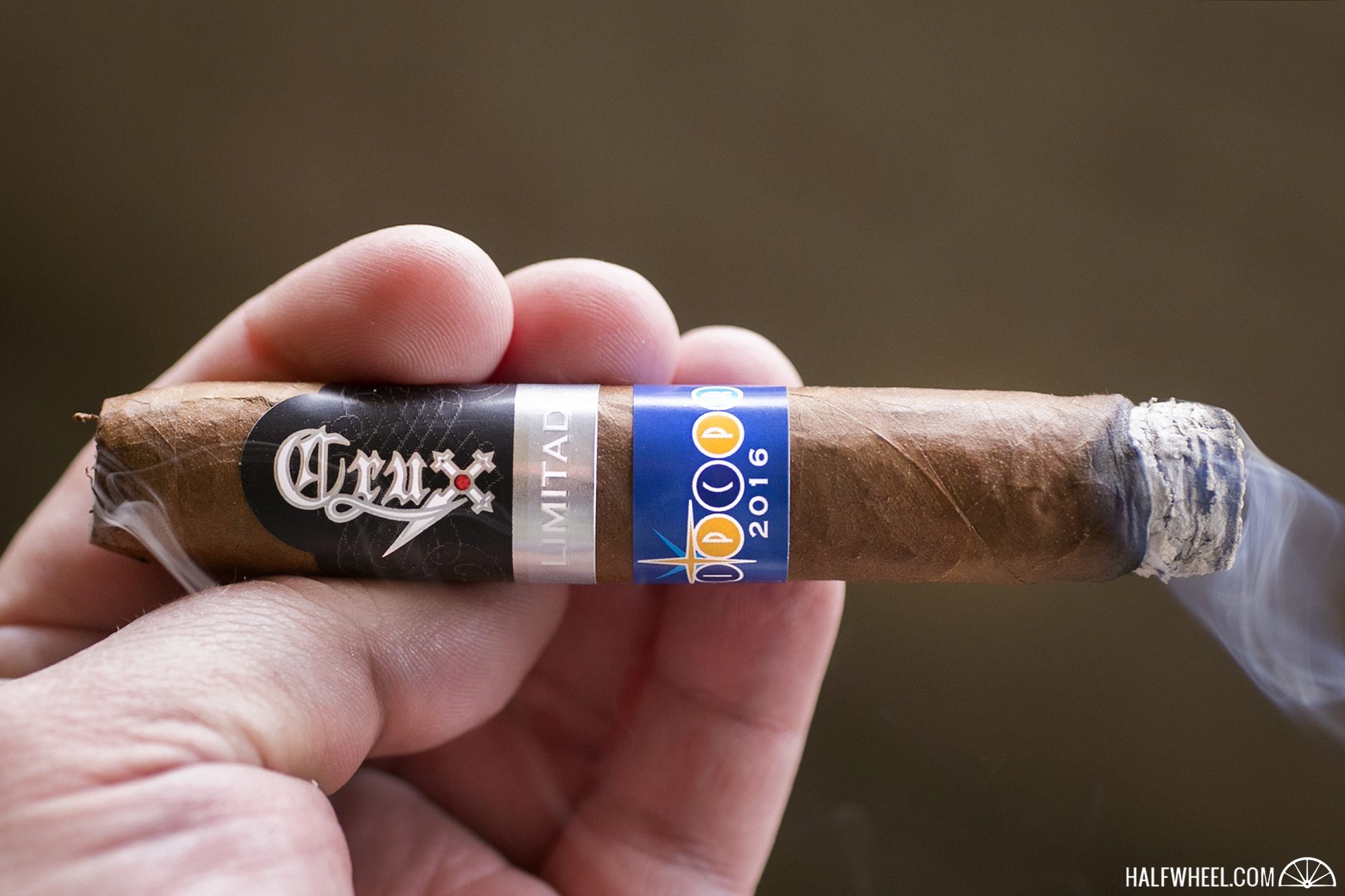 A decrease in the amount of black pepper is one of the significant changes during the second third of the Limitada Show Exclusive 2016, as well as an increase in the maple syrup sweetness on the retrohale. The dominant flavors remain a combination of creamy oak and roasted peanuts with other notes of cinnamon, dark cocoa nibs, espresso beans, leather and anise bringing up the rear. Both the smoke production and draw continue to impress, but the burn has gotten a bit out of hand, forcing me to touch it up twice. The strength has increased noticeably, but not aggressively, and ends the second third still a bit short of the medium mark, although it is still rising. 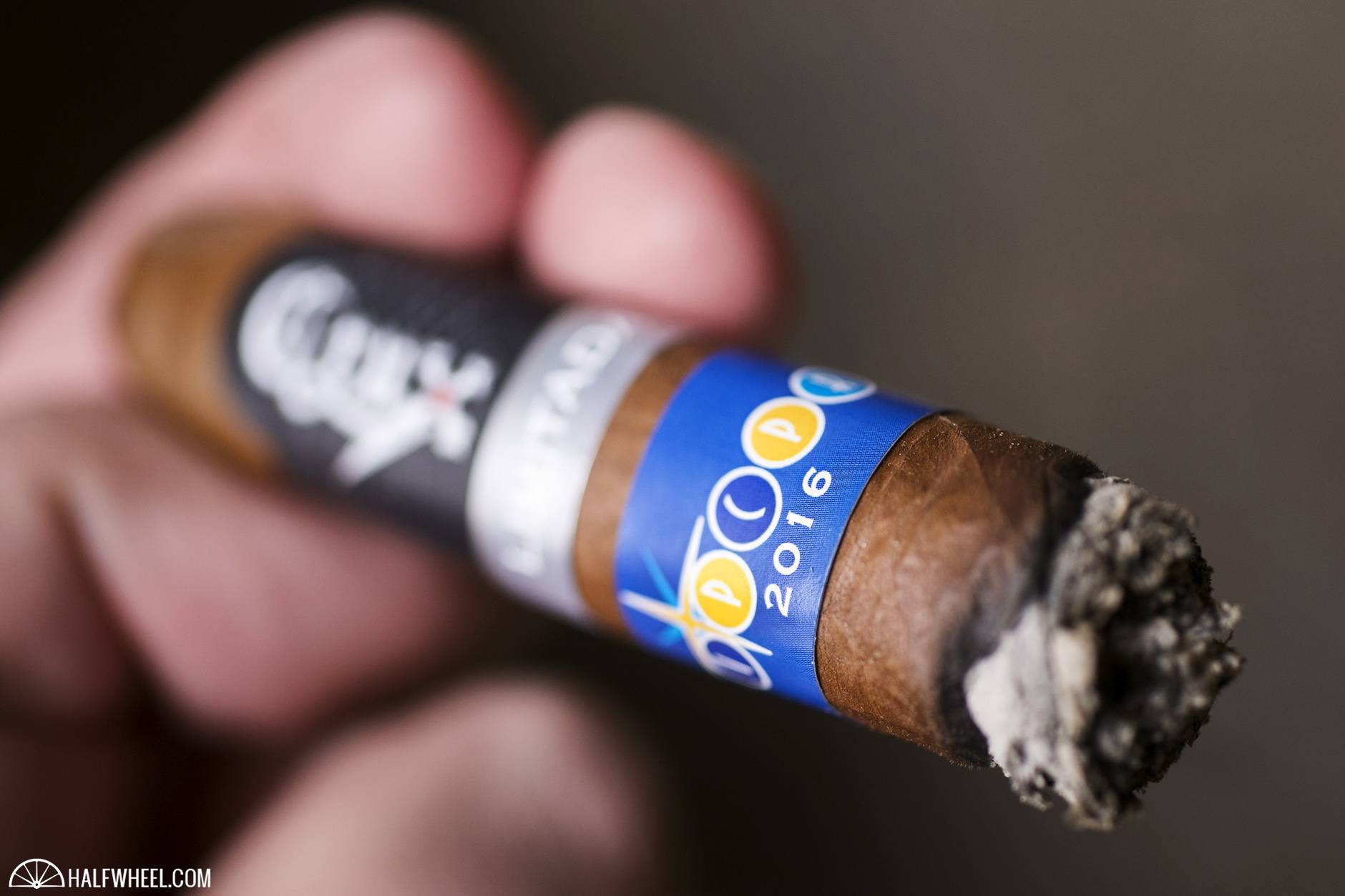 The final third of the Crux Limitada Show Exclusive 2016 shifts a bit again, with the roasted peanut note becoming the singular dominant flavor in the profile, followed by other notes of sawdust, cocoa nibs, creamy oak, leather, earth and a touch of citrus. The maple syrup sweetness that has been so prominent before this point decreases dramatically halfway through the final third, although it is still noticeable enough to impact the profile, and the black pepper on the retrohale is all but gone. The burn has evened up nicely after a rough second third, working together well with both the draw and smoke production, and while the strength level increases as expected, it is still just barely enough to rise a bit above medium by the time I put the nub down. 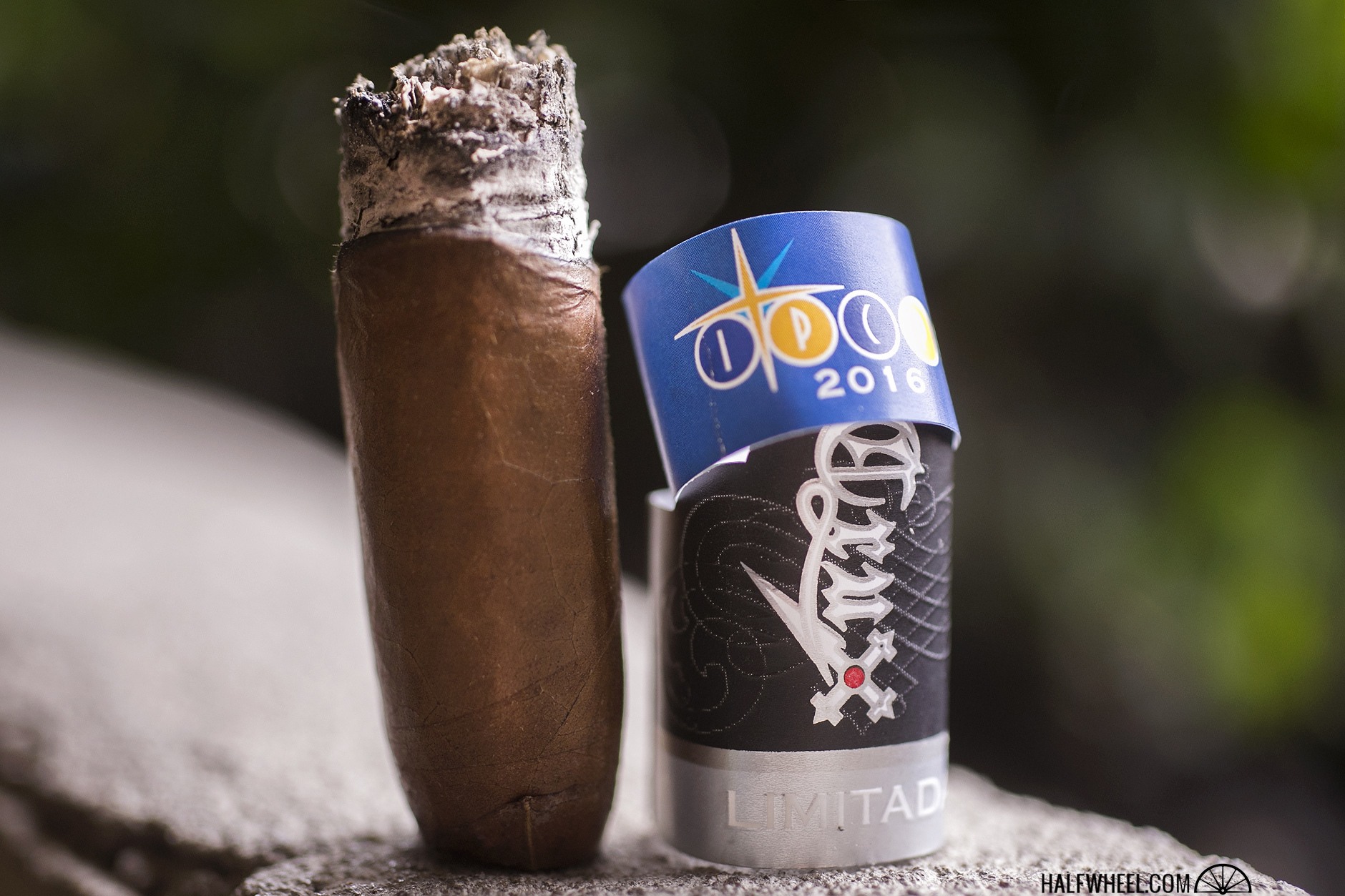 It would be hard to beat Crux’s Limited PB5—which I think is one of the best cigars that Crux has put out since the brand launched—but the Limitada IPCPR Exclusive 2016 makes a very good effort. On one hand, this is not overly surprising, since it is basically the same blend in a different vitola, but the cigar world is littered with releases that changed one small thing, only to end up with an inferior product. While the Crux Limitada IPCPR Exclusive 2016 is a very different cigar than its bigger brother—mostly in the amount of syrupy maple sweetness that is present throughout—the other flavors in the profile are just not quite a complex nor quite as defined. It's still an easy cigar to recommend, if you can find them.