Crossfire Cigars has announced a new limited edition series of cigars that will begin shipping to current retailers this Wednesday before being shown off at the 2015 IPCPR Convention & Trade Show in mid-July.

The new collection, dubbed The Library Series, is made up of three cigars: The Count of San Andres, The Diary of a Connecticut and Legends of the Arapiraca, with the first two being made available to existing Crossfire retailers as of July 1. New retailers will have the opportunity to order the cigars at the upcoming trade show, with the Arapiraca version slated for a mid to late fall release, according to Jason M. Lois, the company’s national sales manager. 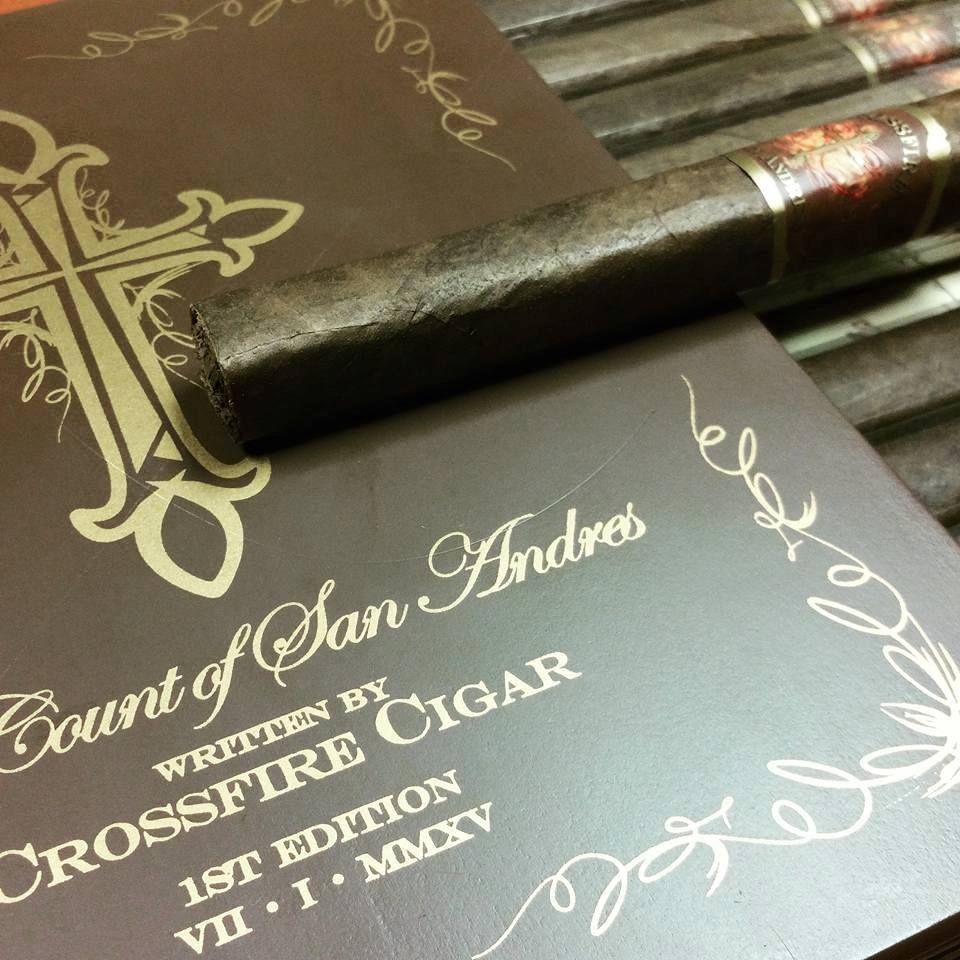 The Count of San Andres uses a Mexican wrapper from the well-known San Andrés region, The Diary of a Connecticut replaces that top leaf for one from Ecuador, while Legends of the Arapiraca uses a Ecuadorian Arapiraca wrapper. The Library Series marks the first time that Crossfire has used a wrapper from outside of Ecuador on one of its releases.

All three use a Dominican binder and filler underneath, though Lois wouldn’t confirm that it was the same tobacco blend for each cigar.

Each is being released in a 6 1/4 x 56 box-pressed toro extra vitola for the first edition, with subsequent releases coming in different vitolas, though not on a set schedule at this point. Lois said the next edition will come as popularity and demand warrant.

All three versions come in ten-count boxes that feature a slide-out drawer where the cigars rest. The Count of San Andres and The Diary of a Connecticut have an MSRP of $119.90, or $11.99 per cigar, while pricing for the Arapiraca has not yet been announced.

All of the cigars are being made at Tabacalera William Ventura in the Dominican Republic, with production capped for the first edition at 500 boxes of each blend, a total of 5,000 cigars and 15,000 cigars between the three versions.

The national release party will be held by Partysource at the Beer Sellar in Newport, Ky. on July 28th.