In terms of cigar accessories, tabletop cigar cutters are basically in a class all their own: sometimes large, bulky and somewhat unwieldy by design, they can nevertheless allow for more interesting designs and the use of different materials than a standard portable cutter that has to be carried in a pocket or bag.

A larger version of the cutter with the same basic design followed a number of years later when the company became more popular abroad. Dubbed the Series 3013, the newer version is sold in the same two configurations and bases as the original line, but features larger openings in order to cut larger cigars, with the smaller hole measuring 14mm and able to cut cigars up to 28 ring gauge and the larger hold coming in at 24mm and able to cut up to 56 ring gauge cigars.

Although the exterior design may change, the vast majority of single blade table top guillotine cutters operate in essentially the same, simple way and the Coltellerie Saladini is no exception. First, you position the cap of the cigar you are cutting into the opening and push down firmly on the lever or handle, which causes the blade to descend and cut through the cap.

The blade stops when it comes to the end of its particular track, but it is spring-loaded and thus designed to go back up on its own. This means that when you let the handle go, the blade quickly ascends again until the opening is clear and the blade is back to its original position.

While I am tempted to mention the history of the company’s founding family or the fact that the bases of the cutters are made with local materials as explained above, I am going to go with the fact that there are actually two different openings to cut cigars, and both are quite different from one another.

In the version I reviewed, the larger hole measures 20mm—meaning it can cut a 52 ring gauge cigar in half—while the smaller opening is 10mm and can accommodate cigars that are about 26 ring gauge and below. Having said that, this does not mean that is the largest ring gauge you can cut with either opening: in fact, depending on how much of the cap I wanted to take off of specific cigar, I was able to use this cutter to cut up to 62 ring gauge cigars, albeit with significantly less of the cap removed. 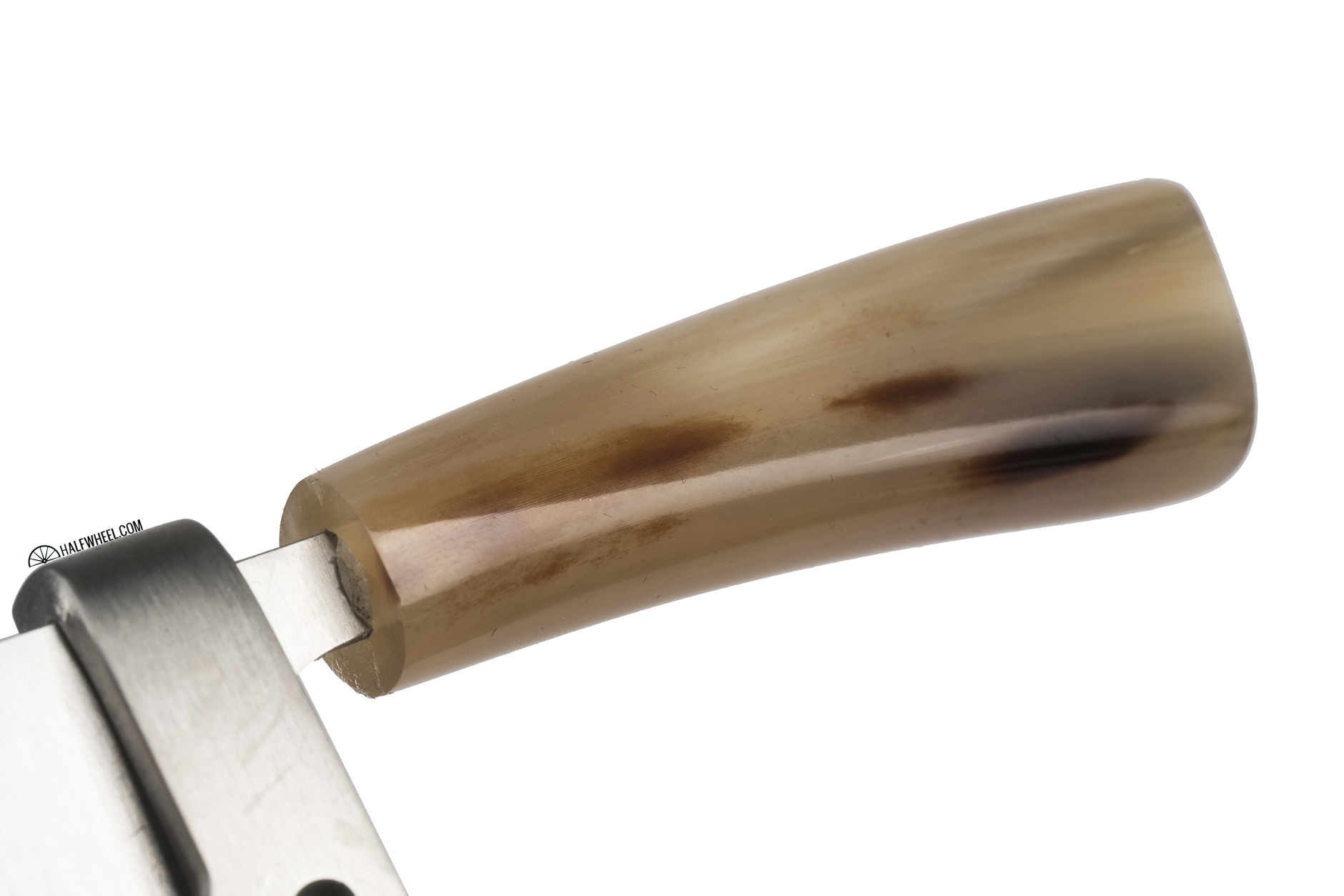 The idea of a single-bladed tabletop guillotine cutter with a handle is not exactly new, although we have not reviewed any others with the exact same design as of yet. The first cutter that comes to mind that we have reviewed is the Jetline Baron, which features its blade attached to a plunger. Although both the Coltellerie Saladini and Jetline tend to damage the caps of the cigars they are used on in various ways, the Jetline is priced about $100 higher than the Coltellerie Saladini and cuts up to 60 ring gauge cigars. 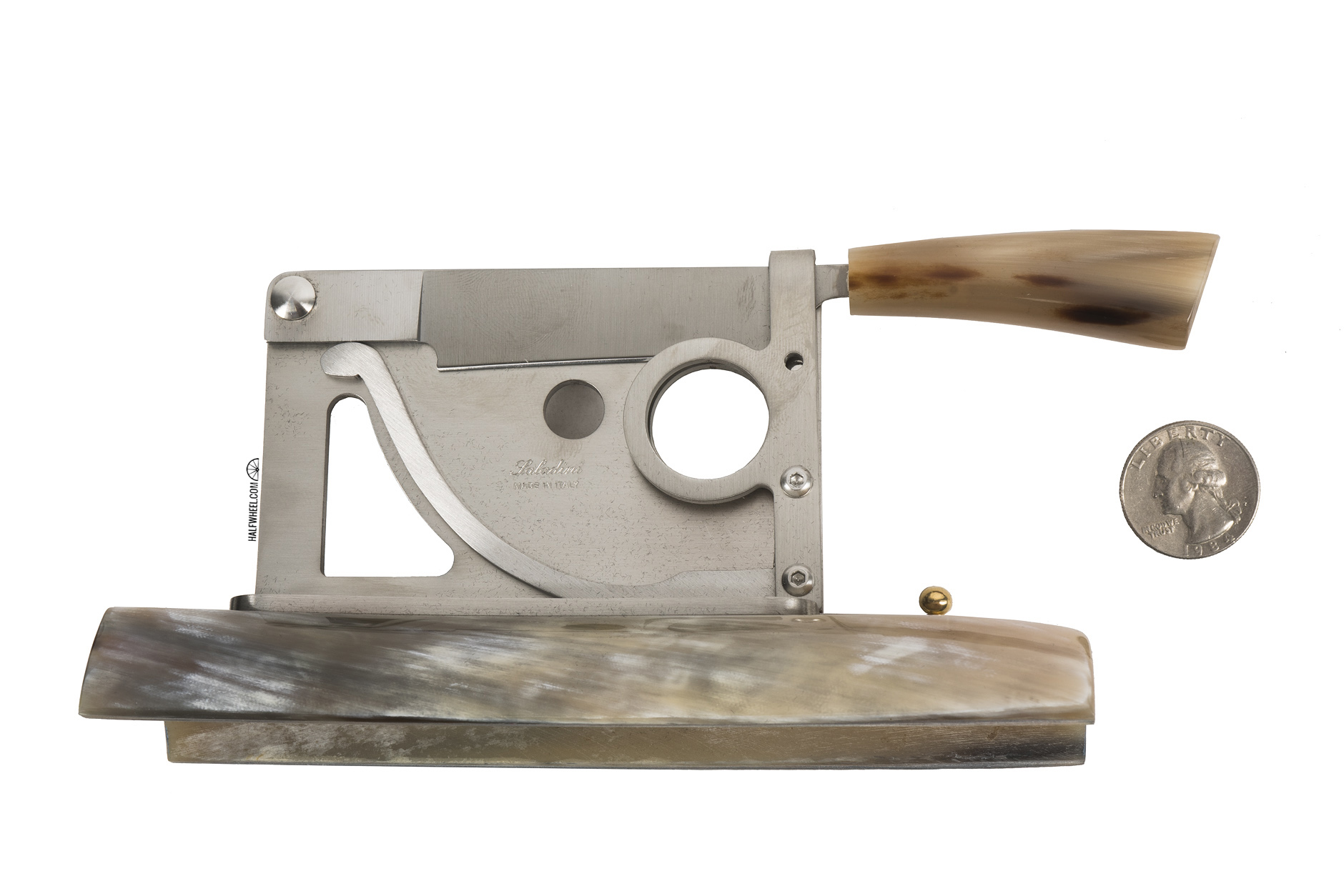 While there are a number of very interesting details about the Coltellerie Saladini Table Cigar Cutter 3000 Series, none of them make up for the fact that it doesn’t cut the cigars normally written about on this site. If you smoke Italian cigars and want a fancy cutter, this is a great option, but otherwise look just about anywhere else, except that JetLine.