A few months ago, Colibri showed off a new all-in-one lighter/v-cutter called the Gotham that paired the company’s existing high performance triple-jet flame system and its popular V-Cut on the back, using the exact same blade as the stand-alone version.

Since that time, the unit has gotten a new name–Quantum–as the Gotham line was already being used by JetLine for a lighter, and it has begun its widespread shipping to retailers after a soft launch last month. 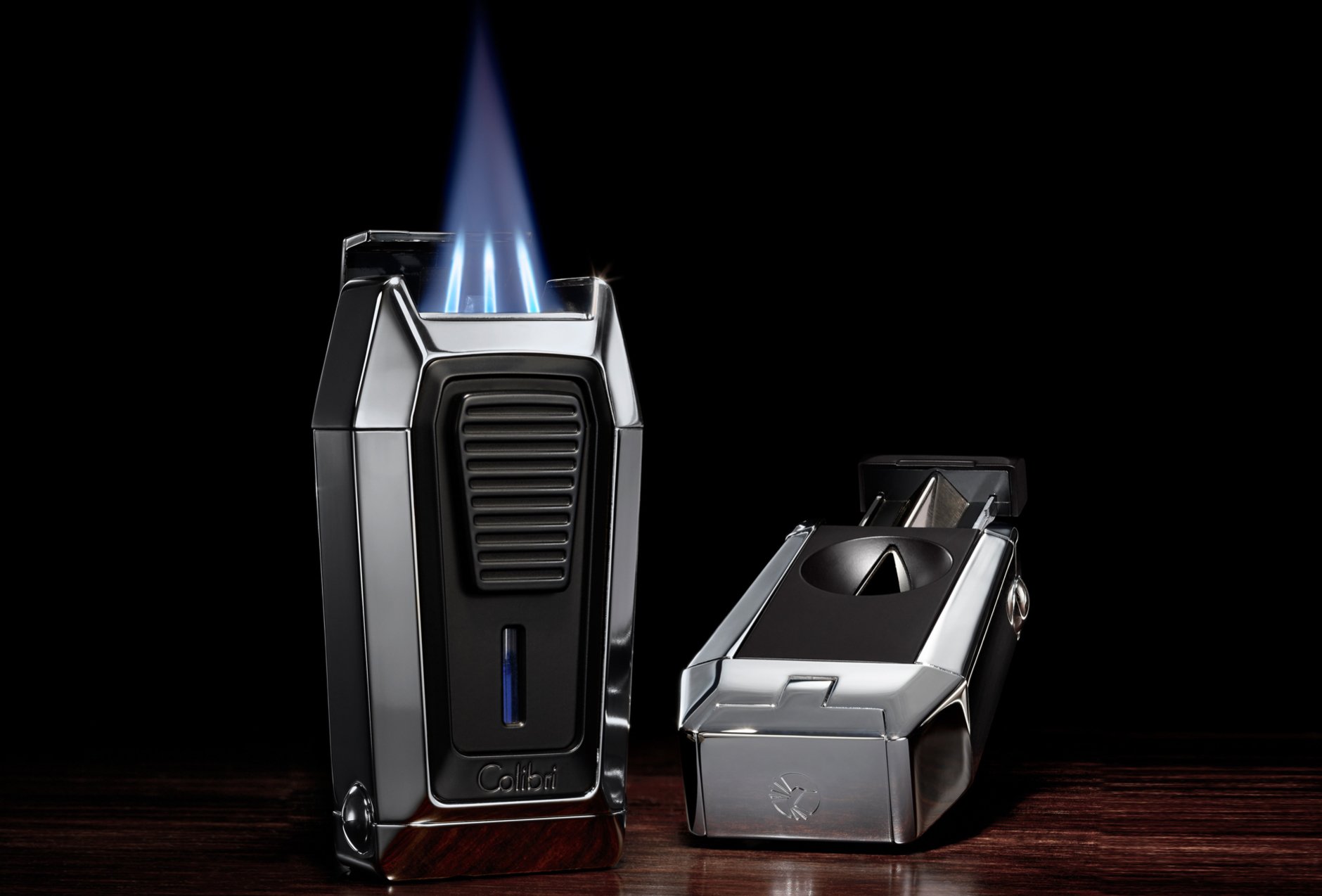 The company says that the Gotham has been in development for nearly three years to perfect the engineering and functionality needed to bring the two products together, though it isn’t the first time Colibri has merged a lighter and cutter into one device. The original Colibri Boss, released over a decade ago, offered a single torch lighter with a fold out guillotine cutter, while the Colibri Astoria, released in 2014, upgraded that to a triple flame torch lighter with single guillotine blade. The Colibri Boss II built on both previous models by offering a double guillotine cutter along with a triple torch lighter.

To deploy the Quantum’s cutter, the user simply needs to depress a pair of buttons on the sides of the unit to release the cutter’s assembly out to a locked position. Once the cigar is cut with the 440 stainless steel blades, pressing the buttons will unlock the cutter and allow it to slide back to its stored, locked position. Even with the bottom of the Quantum home to the V-Cut’s assembly, the base of the lighter is where the fuel valve and flame adjustment knob are located. The front of the lighter features Colibri’s signature blue-tinted fuel window that allows easy viewing of the remaining butane level. The Quantum is guaranteed to work at elevations up to 10,000 feet.

The Quantum is available in six finishes: black, red, blue, polished chrome, polished gold, and brushed gunmetal, each with black accents and an MSRP of $175.