At next month’s IPCPR Convention & Trade Show, Colibri will unveil a new case for those that like to take their cigars with them on the road. 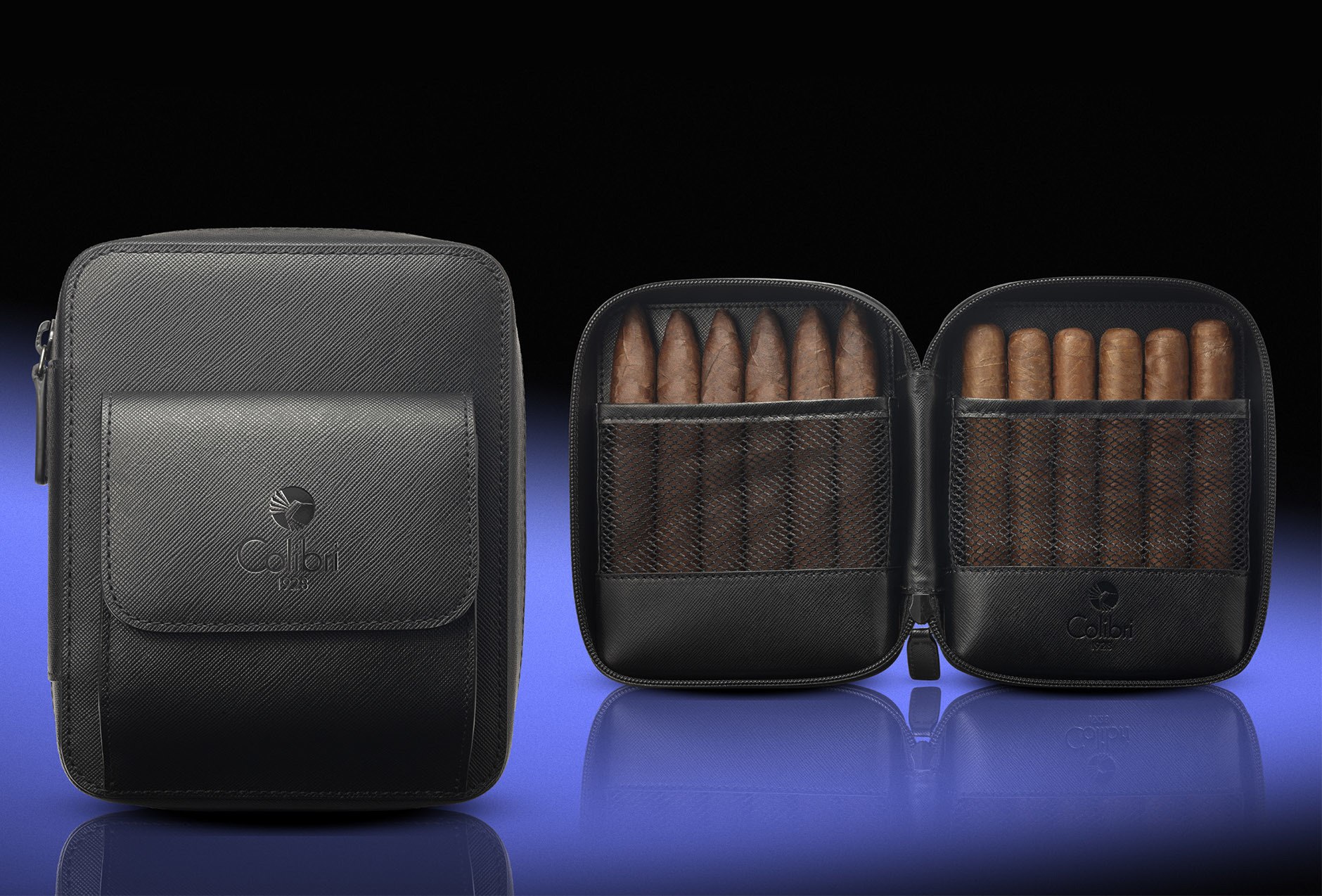 The Colibri Explorer is a premium leather travel case and humidor that can carry up to a dozen Churchill-size cigars (7 x 54), holding six in each fabric mesh pocket. The two sides are joined by an innovative, protective tight-seal zipper.

The design of the pockets encourage some air flow and moisture within the Explorer, while the black Saffiano leather case is designed to provide protection from the journey, as well as from a mixture of the humidified air within the case and the ambient air, which helps keep the humidity level inside the case stable.

There is also a pocket integrated into the front exterior of the Explorer that provides space for a lighter and cigar cutter.

The Explorer will ship to stores in mid-August and comes with a suggested retail price of $250.