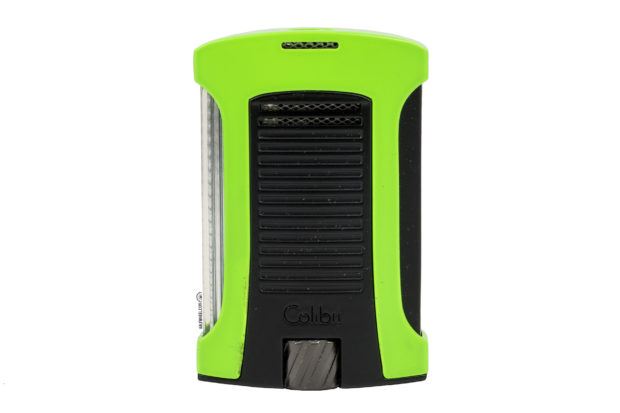 If there’s one cigar accessory company who has been on a focused mission to overhaul its portfolio in recent years, it’s been Colibri. While the company had a good bit of heritage and legacy behind it, Colibri also went through a rough patch several years ago where it seemed that consumer confidence was shaken, products weren’t meeting expectations, competitors were chewing up the market around them and a bankruptcy.

But over the past two to three years, the company has been conducting a significant overhaul of its portfolio, updating existing accessories with new features and technology while also bringing out a number of new items to fill in gaps and reach new customers. With its most recent cache of new products unveiled at the 2017 IPCPR Convention & Trade Show, Colibri made a concerted effort to deliver the majority of its new products in the $50-60 range, which it considered the midrange of cigar accessories. The company felt that its portfolio needed updating in this segment, and a number of advancements in the internal components of its lighters enabled it to both update some existing products as well as release a number of new offerings.

Two of those new products were single flame lighters inspired by the world of auto racing, the Rally and the Daytona ($59), which began shipping to retailers in November.

The Colibri Daytona offers a familiar design to those who have explored the range of lighters on the market, particularly the higher end designs, and namely the S.T.Dupont Défi Extrême. 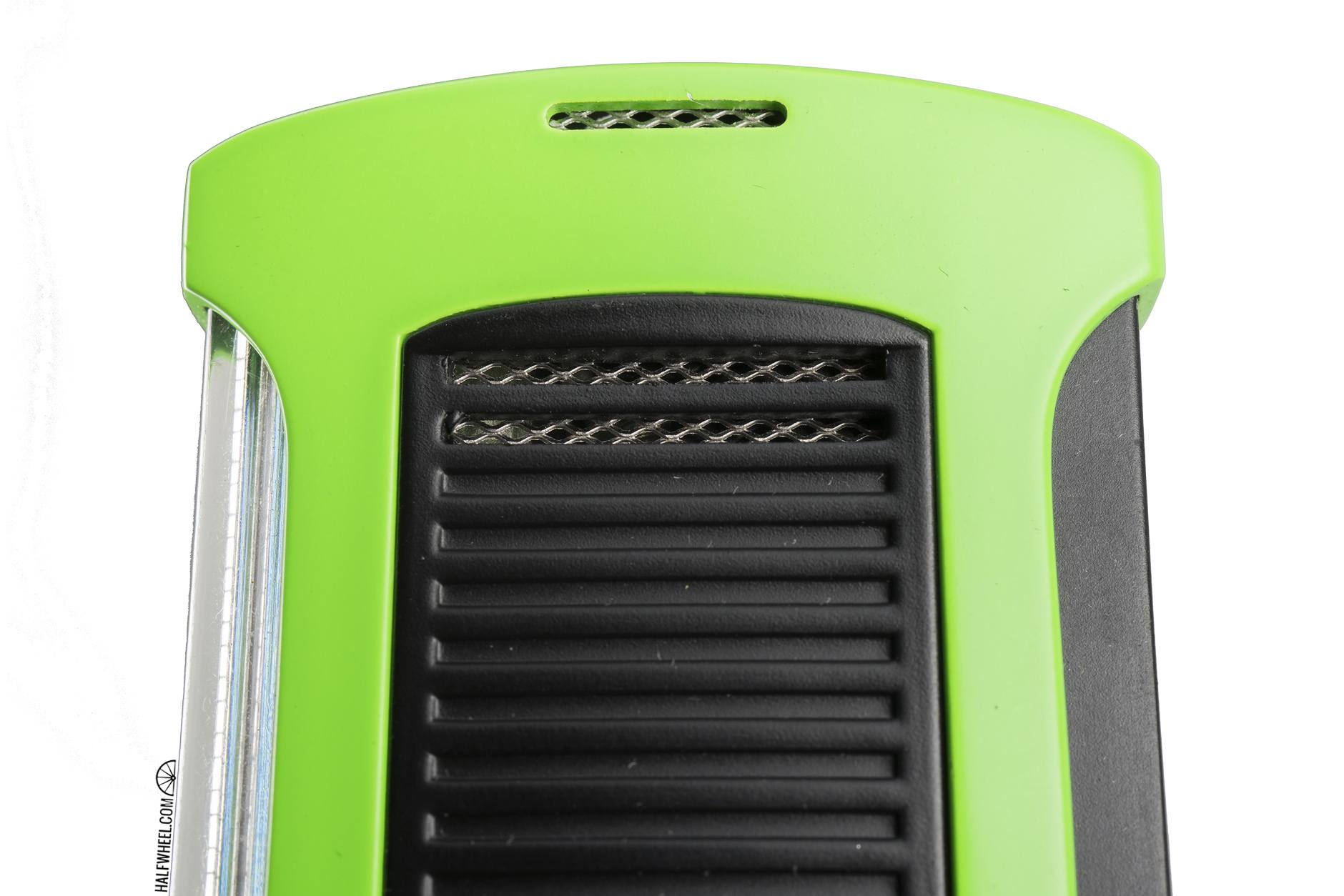 It uses a single action side-squeeze ignition, with the ridged lever on the right side of the lighter doing the work of retracting the lid that covers the torch, getting the butane flowing, and providing the spark to get the torch firing. The mechanism is firm but far from a challenge to operate, with the lever able to be squeezed comfortably from a number of points. While I can’t speak with absolute certainty on this, I can’t recall a single instance where the Daytona did not ignite on a first try. A good reason for this appears due to the six air intake vents—three on both the front and back of the lighter—which help deliver an abundance of oxygen to help with the initial combustion. Those six vents are also split up with four near the ignition and jet, and another two closer to the top of the lighter. This also helps the lighter ignite at altitude, which the company says it will do up to 12,000 feet above sea level.

The flame itself is one of the tighter I have seen, allowing it to be both precise and powerful, making quick work of pretty much any cigar I put in front of it while also able to touch up a cigar easily and without scorching the wrapper. It comes out of the middle of the Daytona’s top panel, equidistant from your fingers as they hold the body. While the top of the lighter does get warm during use, that heat never strays to my fingers and I can’t recall ever wanting to stop using the lighter for the sake of avoiding a burn. Adjusting the height of the flame may be the easiest I can recall doing on a lighter, as a large, diagonally-ridged wheel sits at the bottom of the lighter. Flip the Daytona over to confirm which direction you need to turn the wheel to achieve your desired result and that’s it. The Daytona won’t light with the adjuster turned all the way down, while it will offer a sizable flame at its most open, and while I rarely used it at its most open, it never belched butane, keeping a tight flame, though longer than ideal for my liking. The lighter also won’t ignite in an inverted position, providing a bit of safety for when it’s in your pocket. Additionally, the safety mechanism appears to stay engaged until the lighter has been turned completely right side up, another added piece of protection. Opposite the ignition lever is a large, clear piece of plastic that reveals the fuel tank with Colibri’s signature blue tinting that makes it incredibly easy to see how much fuel remains. The fuel tank is quite sizable as evidenced by the overall size of the lighter, not to mention that Colibri says that the design of the lighter allows for a fuel tank that is upwards of 50 percent bigger than the standard single-flame torch with a push down ignition.

The tradeoff that comes in size versus fuel capacity of the Colibri Daytona is the main thing I would consider a drawback of the lighter. While it still fits in a pocket or travel humidor without too much issue, it is notably bigger and heavier than other single flame torches on the market. The latter is the lesser of the two concerns for me, though its size does take up a fair amount of space in my 5-count travel humidor and restricts me from packing a Churchill or lancero if I want the Daytona to ride along inside. In bigger boxes, where it can stand on its side, it’s not as great of an issue, though I rarely carry a bigger box outside of travel.

As my daily lighter for upwards of two months, the Colibri Daytona did nothing but light cigars quickly and easily while impressing me and several friends with its quality and design. Additionally, if there’s one thing that I came to associate with the Colibri Daytona lighter, it’s texture. Seemingly every surface has its own, and it adds a subtle but appreciated touch of stability. 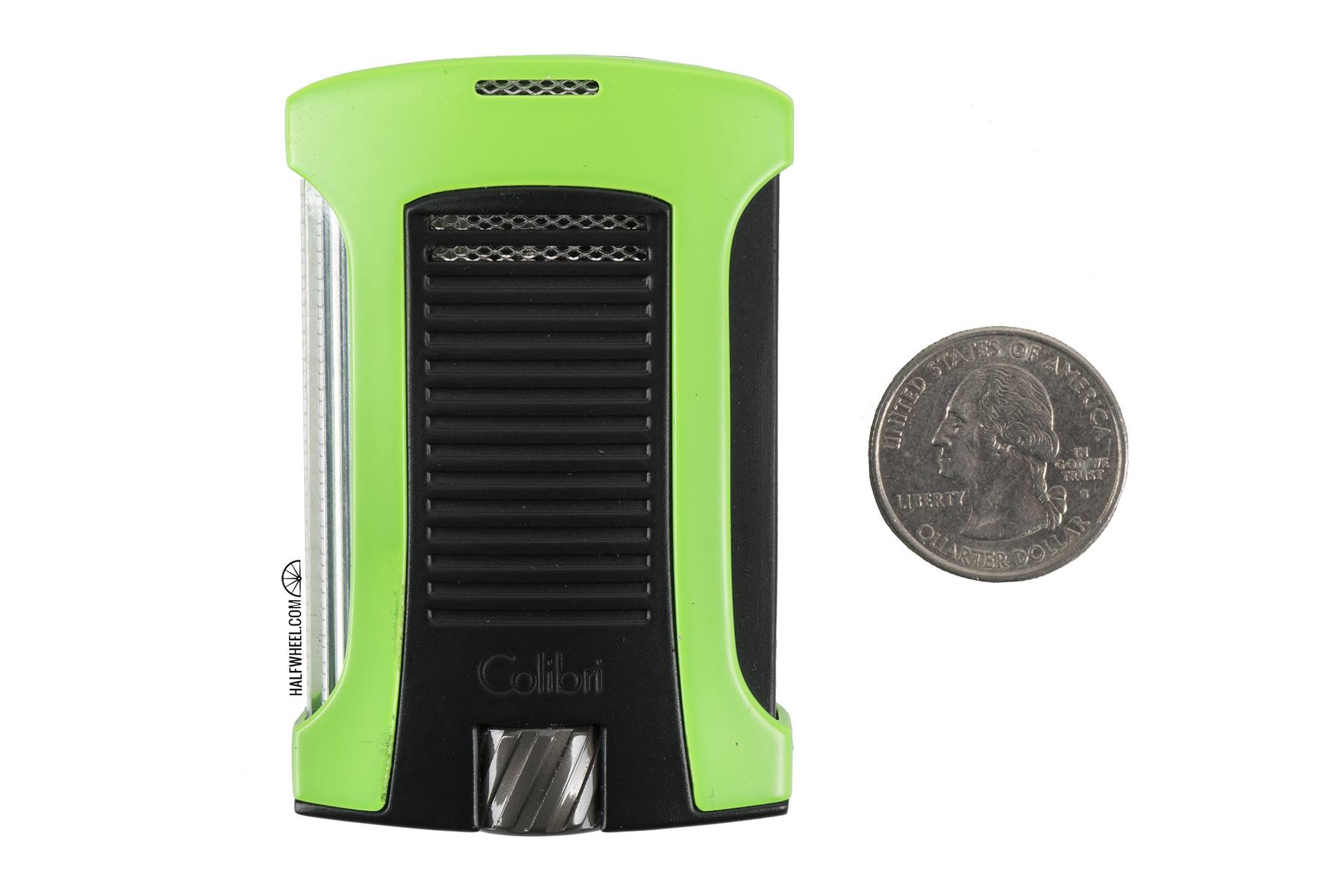 With an MSRP of $59, there is certainly a premium being asked for when it comes to considering the Colibri Daytona, though this is one lighter whose case I’d plead. The design is impressive, the build quality even more so, and the performance only adds on. If all you want is a single flame torch, there are certainly a number of less expensive options, though if you want it with both design and durability, the Daytona is a worthwhile choice.