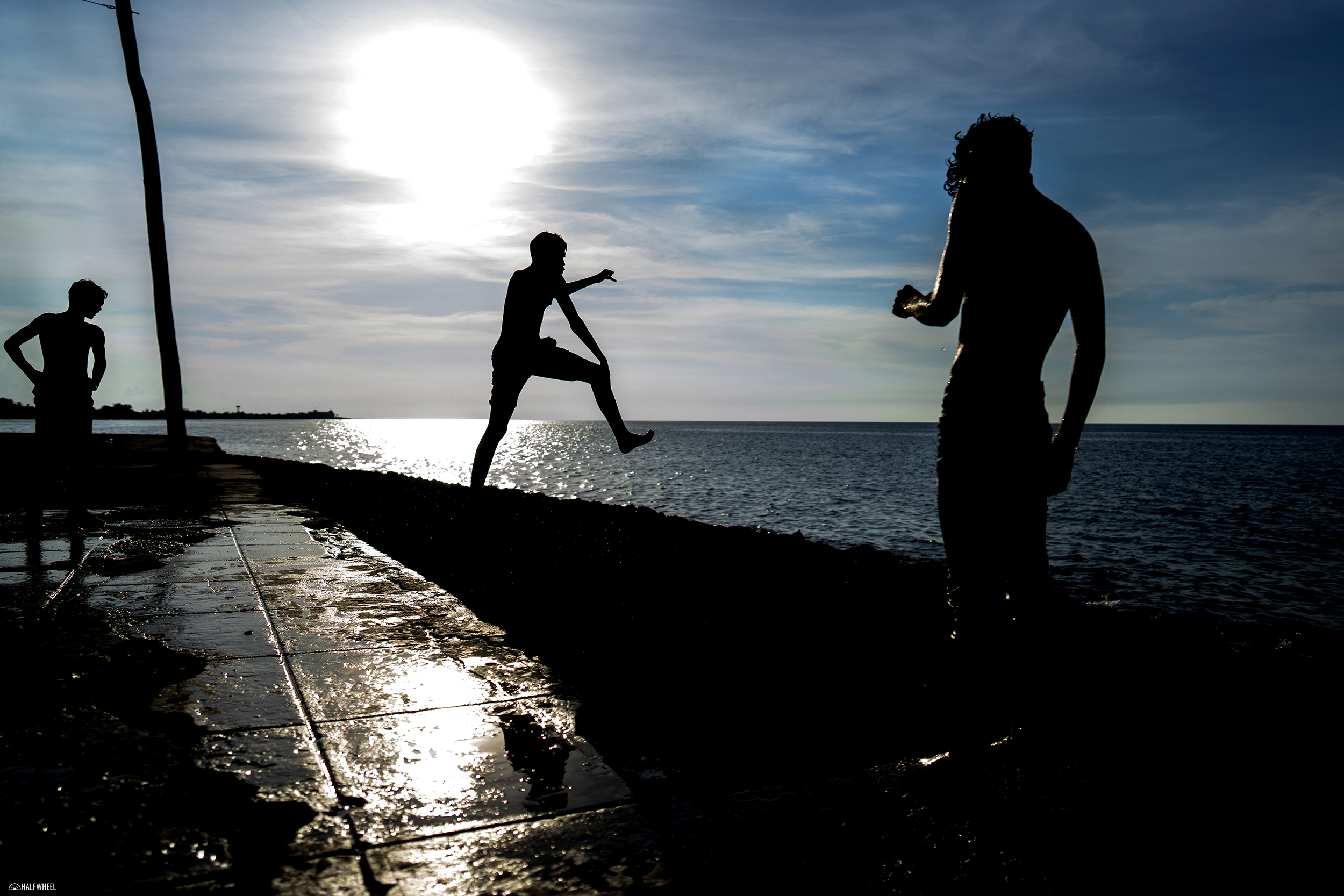 When I left Havana, Cuba after the Festival del Habano in February 2020—exhausted, a little hungover and more than a little sick with what I am almost positive was an extremely early case of COVID-19—I had no idea what would transpire in the 31 months that would pass before I could return.

After everything that happened as a result of the global pandemic, many of the more well-off countries have essentially declared the war won and have moved on, concerned more with issues like the war in Ukraine, inflation and weather events.

That is not the case on the island of Cuba, as the aftereffects of the pandemic continue to reverberate to this day in very significant ways. How different is Cuba before and after the pandemic?

Since I have been visiting the island—my first trip was in 2016—Cuba has never exactly been what I would call a “wealthy” nation or anything close to it. The vast majority of the population that I have met and seen—mostly in the city of Havana, although I have traveled to the interior of the county to visit various tobacco farms multiple times—have their basic needs like housing, clothes, medical care and some food taken care of, but have very little beyond that. With that said, before the pandemic hit, most of the people I talked to had a positive mindset and seemed to be generally happy with their lives, if only because they did not see much of a chance of it changing.

The pandemic changed all of that.

People are significantly more wary, not just of outsiders, but of just about everyone. They are beat down, depressed and fearful that their situation will only get worse instead of better, at least in the near term. As part of my trips, I normally take some time to walk around the city, wandering more or less aimlessly and photographing the people of Havana as they go about their daily lives. This is typically a very enjoyable activity for me, as I am at heart a documentary photographer and it allows me to photograph so many different aspects of Havana that I would not normally be able to see. However, this trip was different: people were defensive, upset and obviously stressed out, and the overall vibe I was getting was so different compared to past trips that I stopped and went back to the house I was staying at almost immediately after starting. What’s the one biggest change that you can identify?

The staples people need to get through each day have basically dried up. Conditions on the ground are worse than I have ever seen; bottled water is in such short supply that it is close to being used by locals as a secondary form of currency while items such as wheat, bread, cooking oil, meat, etc. are so expensive on the black market that they are basically out of reach for most people. I brought a number of items with me to make sure I would not run out—like pens, for example—and ended up handing everything out to people who just could not find anything like them to (or could not afford the prices being paid for them if they could find them, such as up to $5 for water.)

In addition, there are rolling blackouts around the country that can last for hours. One of those blackouts happened while I was getting my press pass at the press office in Havana on the second day of my trip.

There have been reports of Cuban cigar shortages for the past few months, did you notice anything like that while in Havana?

From the people I talked to—a mix of consumers, distributors and locals—shortages are absolutely a problem, especially when it comes to larger ring gauge cigars. La Casa del Habano stores have product, but nowhere close to in years past, and most of the stock I saw was made up of regular production releases. For example, there were plenty of Cohiba Siglo II and Siglo III—but not much else from that brand—and I did make note of the fact that I saw exactly zero boxes of Partagás Serie D No.4 cigars, while Serie P No.2 boxes seemed to be plentiful. Would I recommend visiting Cuba in its current state?

Sadly, no. I am far, far from an expert on the country, but the situation is dire enough for the locals at the moment that I would not feel entirely comfortable being there if I was not part of a journalistic endeavor. This is not to say that I felt threatened at any point during my trip—far from it!—but with so many things in short supply, it might make for a rough time for visitors in a normal visiting situation.

In addition, there were a number of restaurants all over the city that were closed, mostly due to a lack of supplies from what I was told. What do you think Habanos S.A. was trying to accomplish with the event? Did it?

This is an interesting question, if only because we were told very little about the event before it happened other than that it was being put on to celebrate the 55th anniversary of the Cohiba marca. My impression after talking to various people was that beyond that—and putting aside the money aspect—the event was put on so that Habanos S. A. could dedicate all of its resources to the Cohiba celebration at once, not only because the anniversary is such a big deal but also so that it would not take the emphasis away from the other releases being shown off at next year’s Festival. It also seemed to be a sort of run-through to work any kinks out of the festival process on a smaller scale after not having in-person events for so long.

By just about every measure, I think they succeeded in those goals. It was obvious from the moment I showed up at the press event this was a Cohiba celebration, and that was all everyone was talking about pretty much the entire time. In addition, there were very few major issues during the actual activities that made up the event, although it was obviously a noticeably scaled-down version of the regular Festival del Habano.

One more thing I feel like I need to point out is just how well-run everything was, especially when looking at it from a journalistic perspective. The team in charge of the press was excellent in all aspects and took care of any issues quickly and competently. In addition, the press event that was put on the day before the festival officially started was a great chance to see everyone, ask questions and set up meetings for later in the week. I have covered events where it was a struggle to get what I needed to do my job, so I know how bad things can get, but this event—and really, the past couple of Festivals involving the same team in charge—was a great example of exactly how things should be run.

Do you think the event was worth it for the costs compared to the Festival?

Considering the cigars and swag that were included, I would have to say yes. If you wanted the chance to be one of the few people on the planet who have smoked a few different Cohiba cigars that have not been released to the general public yet—and honestly, who knows how long before they are shipped—this was an event that could not be missed. Sure, some people can get ahold of these cigars for less money—it is Cuba, after all, and I am sure some other than the official released cigars have made it out of the country already—but if you are not connected with someone who happens to have them, it will likely be a difficult and expensive process.

In addition, the event included a trip to the El Laguito factory, which is always a treat and something that most people who come to the island don’t necessarily get to do.

Who attended this event? Was the attendance noticeably different than the Festival in terms of the types of people, where they were from, etc.?

I would say that the same types of people attended, just fewer of all of them. There were absolutely fewer journalists there, and with only a reported 650 attendees, all of the events that made up the celebration were quite a bit less crowded than what I have become accustomed to. In addition, there was also quite a bit less to do when it came to official Festival activities: there was no trade show, no seminars, no trips to tobacco farms, etc.

Having said that, the nationalities of the attendees seemed to roughly match up to what I have seen at the larger Festivals and included a large number of people from Asia, Europe, Latin America, Cuba and Canada, along with a few from the U.S., although most of the latter were journalists of some sort. What cigars did you smoke in the five days you were on the island?

Sadly, I have never been able to smoke as much as I would like while I am in Cuba working, so on this trip I only had time to smoke one Cohiba, specifically a Siglo II. I also smoked an OpusX Destino al Siglo for a review I was working on, OpusX 20th Toro and a custom-rolled robusto.