There are not many cigar companies that can say they have the only version of a specific cigar on the market at any given time, but J.C. Newman is one of them.

That is because in September, the company shipped the Brick House Double Connecticut, a cigar that lives up to its name by incorporating not only a shade-grown wrapper from Connecticut, but also a broadleaf binder that is also grown in Connecticut, along with filler tobaccos hailing from Nicaragua.

J.C. Newman says this is the only cigar currently on the market that features both a Connecticut shade wrapper and a Connecticut broadleaf binder in the same blend, although it is certainly not the first blend to use that combination.

Packaged in boxes of 25, the new regular production line is the third Brick House blend to be released, joining the original Brick House and Brick House Maduro. The cigars are being rolled at J.C. Newman’s PENSA factory in Estelí, Nicaragua. There are six different vitolas in the new Brick House Double Connecticut. 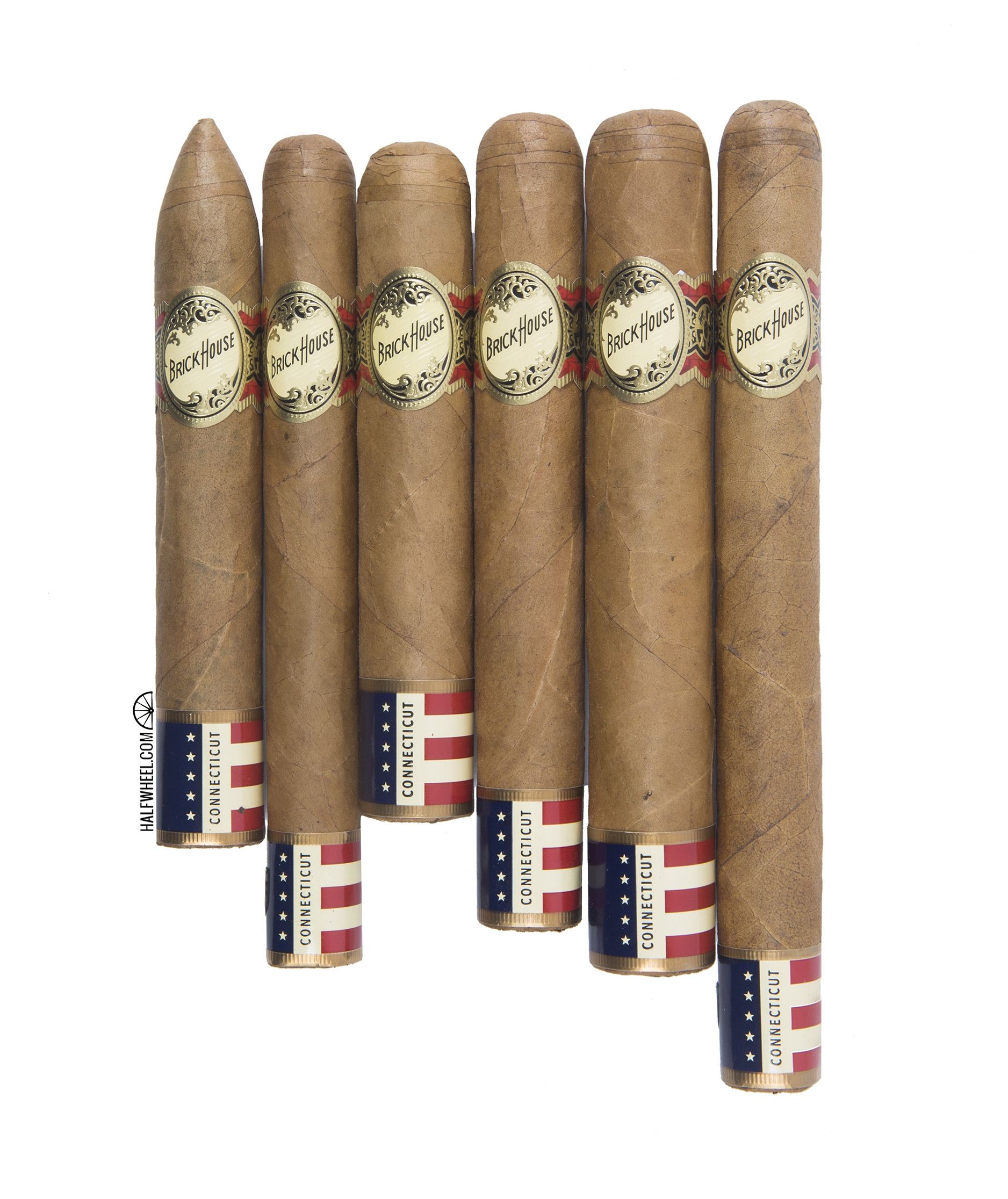 Covered in a cinnamon brown wrapper that is fairly smooth to the touch, the Brick House Double Connecticut Toro features some visible oil as well as some very prominent veins running up and down its length, almost to the point of distraction. The cigar is noticeably light considering its size and is extremely spongy when squeezed. Aroma from the wrapper is a combination of hay, creamy peanuts, leather, manure and cedar, while the cold draw brings flavors of lemongrass, creamy cedar, gritty earth, nuts, fresh roasted coffee beans and a touch of white pepper.

Starting out the first third, the Brick House Double Connecticut begins with a faint lemongrass note on the palate, along with other flavors of leather, milk chocolate, creamy peanuts and cedar. There is a touch of white pepper on the retrohale, along with a subtle honey sweetness that is also present, but neither are strong enough to make that much of an impact as of yet. Both the burn and the draw are excellent so far, with the razor-sharp burn the standout and a copious amount of smoke billowing off of the foot. Strength-wise, the Brick House Double Connecticut Toro barely leaves the mild mark behind by the end of the first third, and does not seem to be going anywhere anytime soon. Although still one of the stronger notes, the faint lemongrass is replaced by a creamy hay flavor in the forefront of the profile during the second third of the Double Connecticut Toro. Some additional notes of creamy peanuts, cedar, bitter espresso, dark cocoa and leather flit in and out, but none of them are even close to taking over the top spot. The white pepper on the retrohale begins to wane around the halfway point, and while the honey sweetness has increased slightly, it is still well below the level needed to actually help the profile in any meaningful way. Construction-wise, the draw continues to impress, but the burn starts to get away from me, forcing me to touch it up before it gets out of control. The smoke production remains quite high and the overall strength does not budge one iota, ending the second third essentially where it began, just above the mild mark. The final third of the Brick House Double Connecticut Toro is extremely similar to the second third, with all of the same flavors of creamy hay, lemongrass, peanuts, cedar, bitter espresso, milk chocolate and leather rotating among themselves and no dominant flavor in sight. One major change is the white pepper on the retrohale, which increases noticeably, leading to a slightly more distinct honey sweetness compared to the second third. Thankfully, the burn evens up nicely while the draw continues to give me no problems whatsoever and the strength increases a bit right before I put the nub down with less than an inch left, hitting a point about halfway between mild and medium. Reading back through my tasting notes, the words that jump out at me are the same words that are the most pertinent to this review: slight, subtle, light, faint. While the profile does manage to include most of the Connecticut standards like peanuts, hay, creamy wood, citrus and grass, the flavors are noticeably muddled, and there was never a note that really stood head and shoulders above the rest. This lack of distinctness in the profile hurt not only the overall enjoyment, but also the balance, but ended up bringing the final score down. If you are looking for an extremely mild morning blend that is not going to come close to overwhelming your palate and at a great price you have found it, but if you want a more complex blend with more dissecting flavors, there are much better blends on the market.