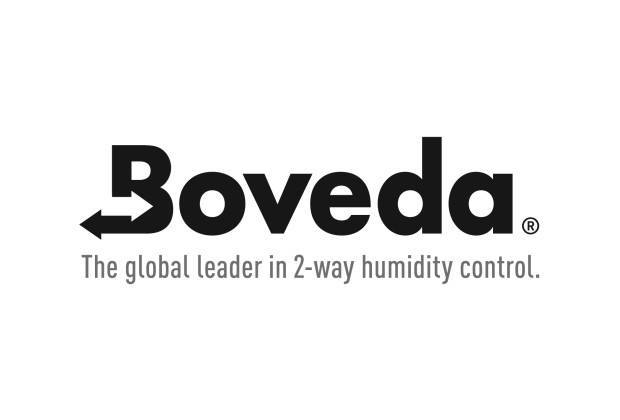 Boveda, Inc.—makers of the eponymous humidification packets, has won a patent case over its former distributor, Holt’s Cigar Holdings, Inc., parent of Ashton.

Holt’s filed a challenge arguing that two of Boveda’s patents were invalid because they were unpatentable—in both cases a three-person patent board ruled in favor of Boveda.

Patent 5,936,178 establishes the idea for a portable humidity control device that uses a thickening solution to control humidity. Its Boveda’s core patent, filed for in 1997 and issued in 1999.

In March, a three-judge panel denied Holt’s request for inter pares review because it did believe “that (Holt’s) has not demonstrated a reasonable likelihood that it would prevail in showing that any of the claims it challenges are unpatentable.”

That same board ruled on Jan. 3 in regards to the other patent challenged, 6,921,026, which is related to a device with a permeable with a thickened saturated solution that preserves moisture in food without developing mold. It was filed for in 2002 and published in 2005.

“Upon consideration of the full record after trial, we determine that (Holt’s) has not proven by a preponderance of the evidence that any of the challenged claims are unpatentable,” wrote the patent board.

“Unfortunately we were forced to defend our patents and we are happy with the outcome that the patent board has made,” said Tim Swail, co-founder and evp of sales and marketing, in a statement to halfwheel. “We look at ourselves as an innovative and technology driven company. We have a unique and special technology that truly has made life easier for cigar smokers.”

In 2010, the two companies announced that Ashton would begin distributing Boveda, something that came to an end in 2015.

However, the dissolution of the agreement—or lack thereof—was not without controversy. Boveda actually filed a complaint in the Federal Court for the District of Minnesota because of disagreements regarding whether there was a contract signed.

In its complaint Boveda argued the two parties initially proposed an agreement that would allow either party to end the agreement with 30 days notice. It claims that Ashton then modified the agreement for a differing contract that would require 120 days notice to end. It says that ultimately neither agreement, nor any other, was ever signed.

Boveda alleged that on May 29, 2014 it informed Ashton of its intent to terminate the agreement, which Ashton argued did not meet the 120 day notice that was required in the revised draft. The two sides disputed when Boveda could leave the distribution arrangement, with Boveda asking the federal court to rule whether there was a distribution agreement, and if so, which one.

Ultimately, the case was dismissed on Nov. 24, 2014 and Boveda announced that it would distribute its own products a few weeks later.

An email seeking comment from Holt’s/Ashton was not immediately returned.