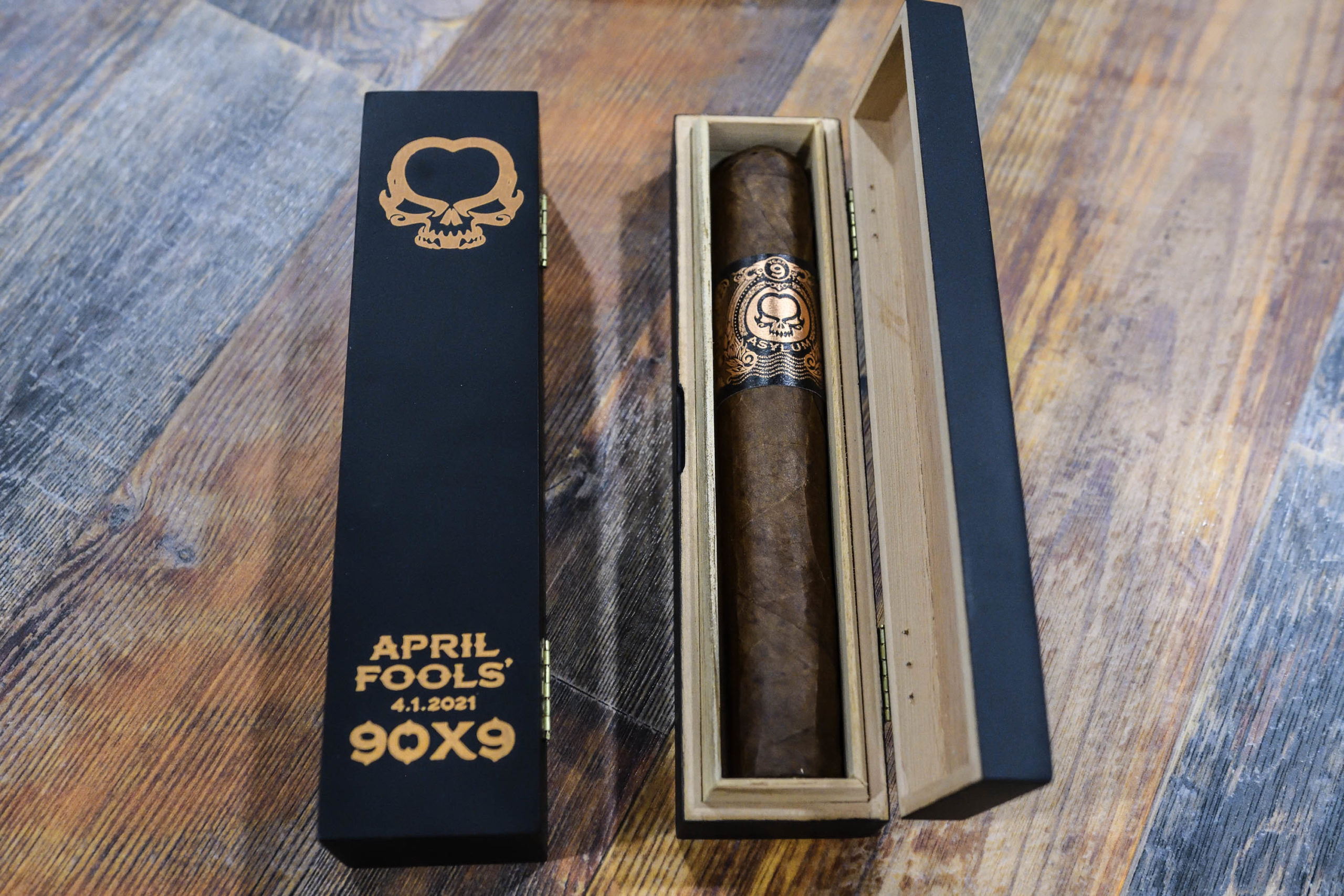 Christian Eiroa of CLE and Asylum told halfwheel that he expects to have the next batch of cigars within the next two weeks and will begin shipping them to stores. Technically, that batch is part of the remaining inventory from the initial 2021 orders. Asylum is known for its large ring gauge offerings—particularly 70 and 80 ring gauge cigars—but last year the company teased a 9 x 90 cigar as an April Fool’s Day joke. At the time, the company said it wasn’t committed to making the cigar, but after a predictable response from fans, it opted to actually make the cigar.

As is often the case with situations like this, Asylum did not expect the response to be as strong as demand was. It allowed retailers to place orders and ended up with more orders than the company expected and more than it could fulfill, hence why the 2021 orders are still in the process of shipping.

While it’s still fulfilling the 2021 orders, Asylum has also taken orders for the 2022 version of the April Fools’, which remains a 9 x 90 parejo made entirely of Honduran tobacco—like the 2021 version—but features slightly different packaging and a higher $41 MSRP.

Eiroa told halfwheel that he’s trained additional pairs to roll the cigar and now has multiple pairs rolling the size full time, though he acknowledged he might need to train more. The company has already closed its orders for 2022, though it’s not clear how long it might take to fully fulfill them. Eiroa said that the plan going forward would be to offer the cigar once per year—before April Fool’s Day—and let retailers order as many as they’d like, but then close ordering until the next year.

Note: The featured image is of the 2021 version.