There’s a pair of La Aroma de Cubas shipping to retailers today, one old, one new. 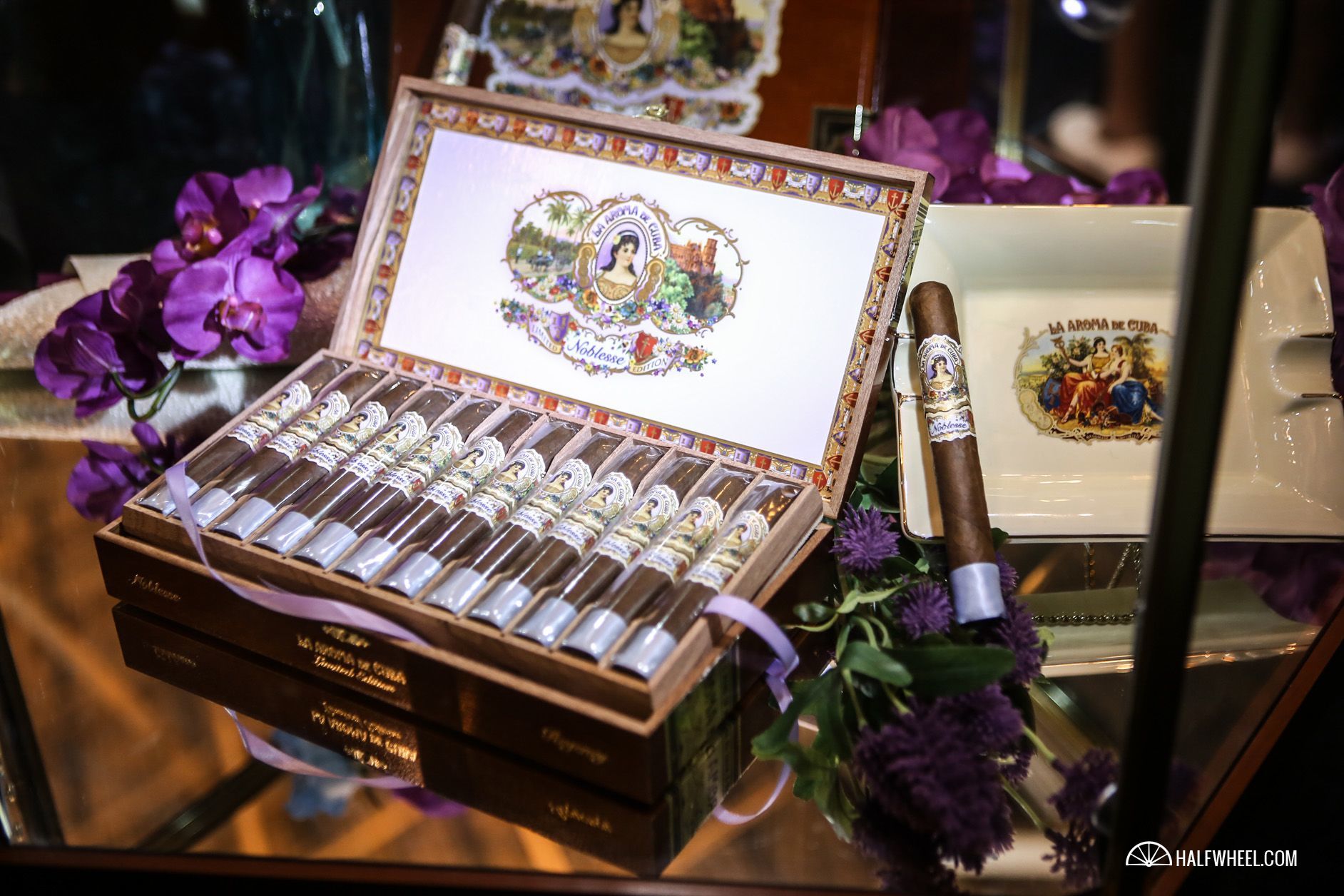 The cigars use an Ecuadorian habano wrapper, Nicaraguan criollo and habano binders and fillers from Nicaragua. Like the rest of the La Aroma de Cuba line, it is made by the García family at My Father Cigars S.A.

The 2015 Noblesse was shown off at the 2015 IPCPR Convention & Trade Show in July alongside another new Nicaragua limited edition from Ashton, the San Cristobal Ovation.