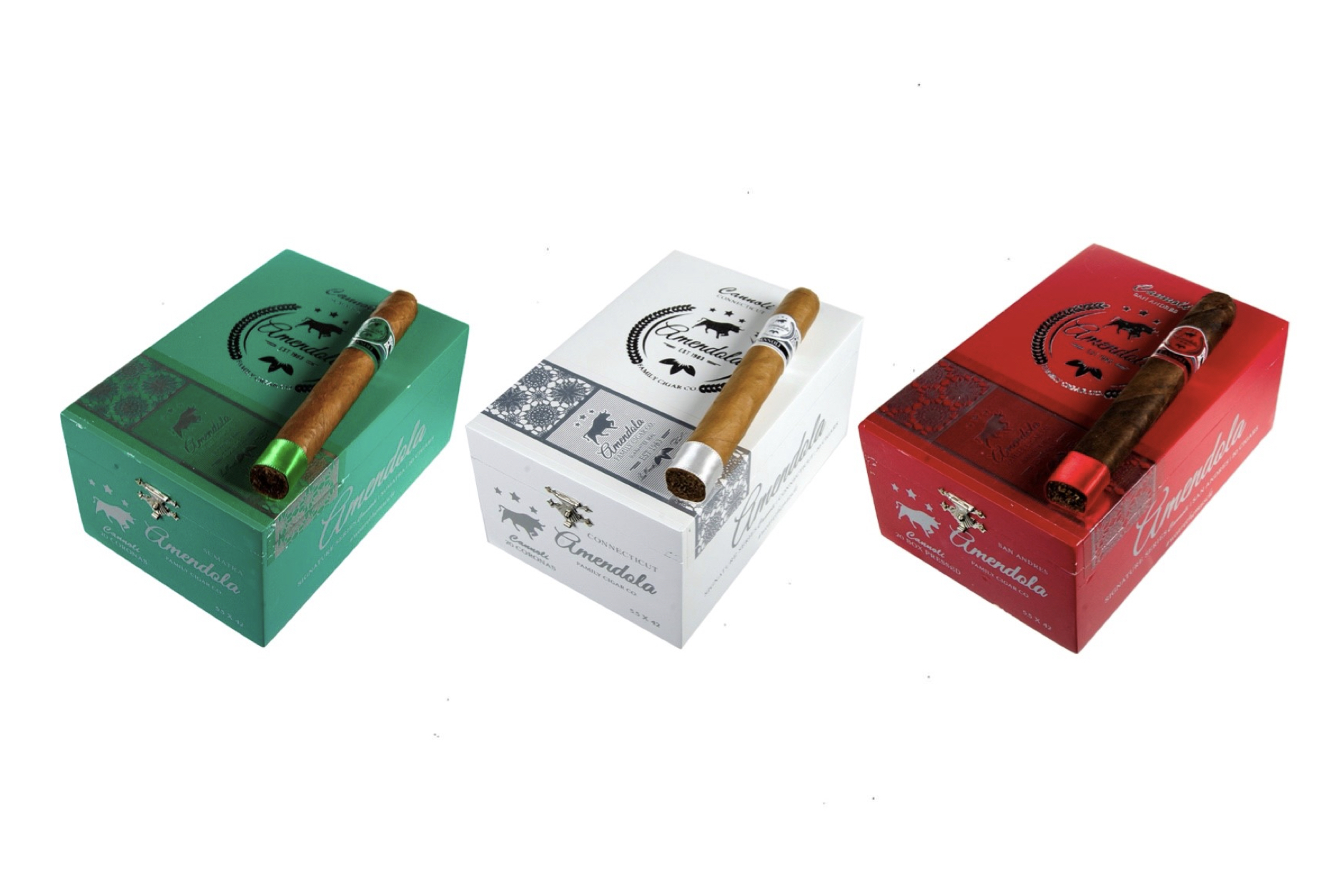 Amendola Family Cigar Co. has completed its version of the Tricolore thanks to the recent release of the new Amendola Signature Series Cannoli Green and White cigars.

Those two cigars join the Amendola Signature Series Cannoli Red, which launched last December. Both of the new cigars are 5 1/2 x 42 petite coronas. The Green uses a Sumatran wrapper over a Nicaraguan binder and Nicaraguan fillers; the company describes it as medium to full in body. The White uses an Ecuadorian Connecticut-seed wrapper and is described as mild to medium. Both cigars have an MSRP of $9 per cigar and are produced at La Zona Cigar Factory in Estelí, Nicaragua.

As the name somewhat implies, the Cannoli series are cigars that are designed to be paired with coffee or after-dinner drinks, like a dessert.

“The Cannoli Series is a special project for Jeffrey and me,” said Christopher Monaco, principal of Amendola Family Cigar Co., in a press release. “We made a promise to incorporate our Italian American heritage into every blend we create.”