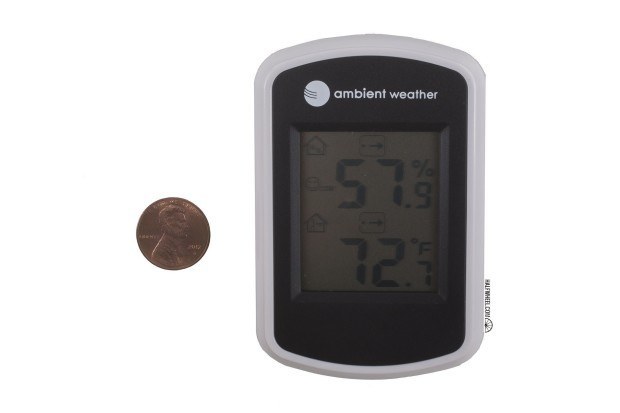 When I began my testing of hygrometers a while back as part of my humidification-centric reviews, I focused on two main areas: the wireless hygrometer systems and cheap hygrometers. That led me to purchasing a handful of items, including many from one company: Ambient Weather.

I’m still using the company’s WS-10 system across many of the halfwheel humidors, but today’s review is of a different product, the WS-03, a small $10 digital hygrometer, i.e., what most people would probably need as a hygrometer. 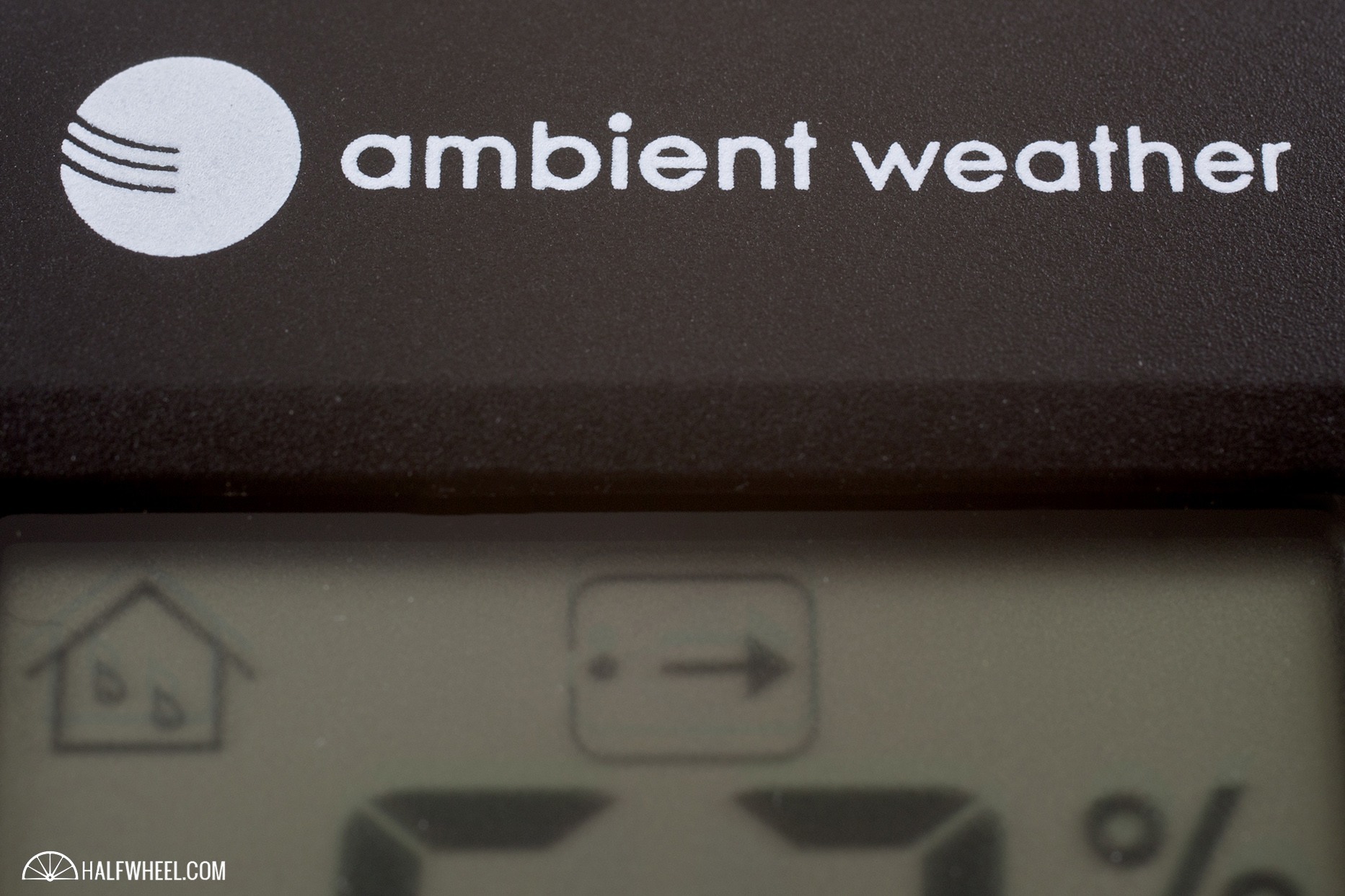 It’s small, amongst the smallest rectangular-style hygrometer I’ve seen: 3 3/8 inches tall, 2 1/4 inches wide and around 5/8 of an inch tall. If you are wondering why this is important, it’s because most humidors I own need as much space for cigars as possible. For the record, Amazon lists the unit at 3 1/2 inches x 2 1/2 inches x 3/4 inches, but that’s definitely much larger than the hygrometer I have. There’s a black plastic shell on the back, with a white outer rim up front and a gray inner area surrounding the screen. The WS-03 displays temperature and humidity both to a tenth of a degree along with some icons for how comfortable it is in the house. 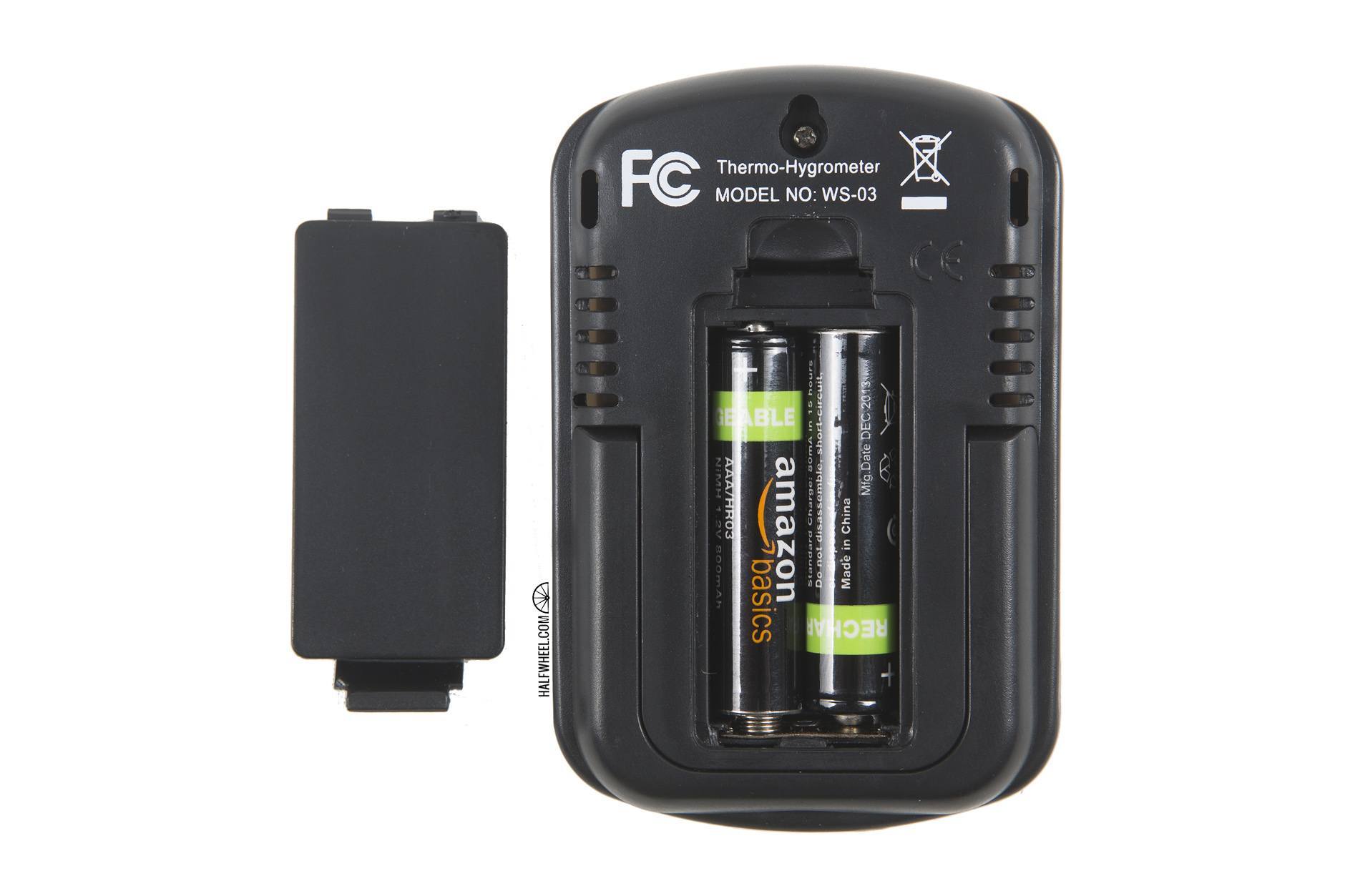 There’s a flip out stand on back as well as a mounting hole for those concerned with how it will fit into the humidor. The hygrometer is powered by two, not included, AAA batteries which are replaced via an easily-removable backplate, i.e., no screws.

This should be quick: it works. I’ve had my unit for 10 months and it’s still displaying humidity within acceptable readings for me: around a half percent variance compared to calibrated hygrometers for humidity and less than one-half degree of temperature difference between the other hygrometers.

For me, and I suspect for most cigar smokers, that’s good enough, but it does raise some points about the limitations of the WS-03. First and most importantly, there’s no way to calibrate the hygrometer, which is a bit annoying, but also a feature that I imagine most probably don’t take advantage of. Secondly, I don’t think there’s actually a read-out for celsius, which doesn’t really affect me, but could be an issue for some.

The WS-03’s screen does display some other icons, including a semi-useful one regarding whether temperature or humidity are trending up or down, although it’s based off minute by minute changes, which means it’s relatively limited for most people, including cigar smokers. 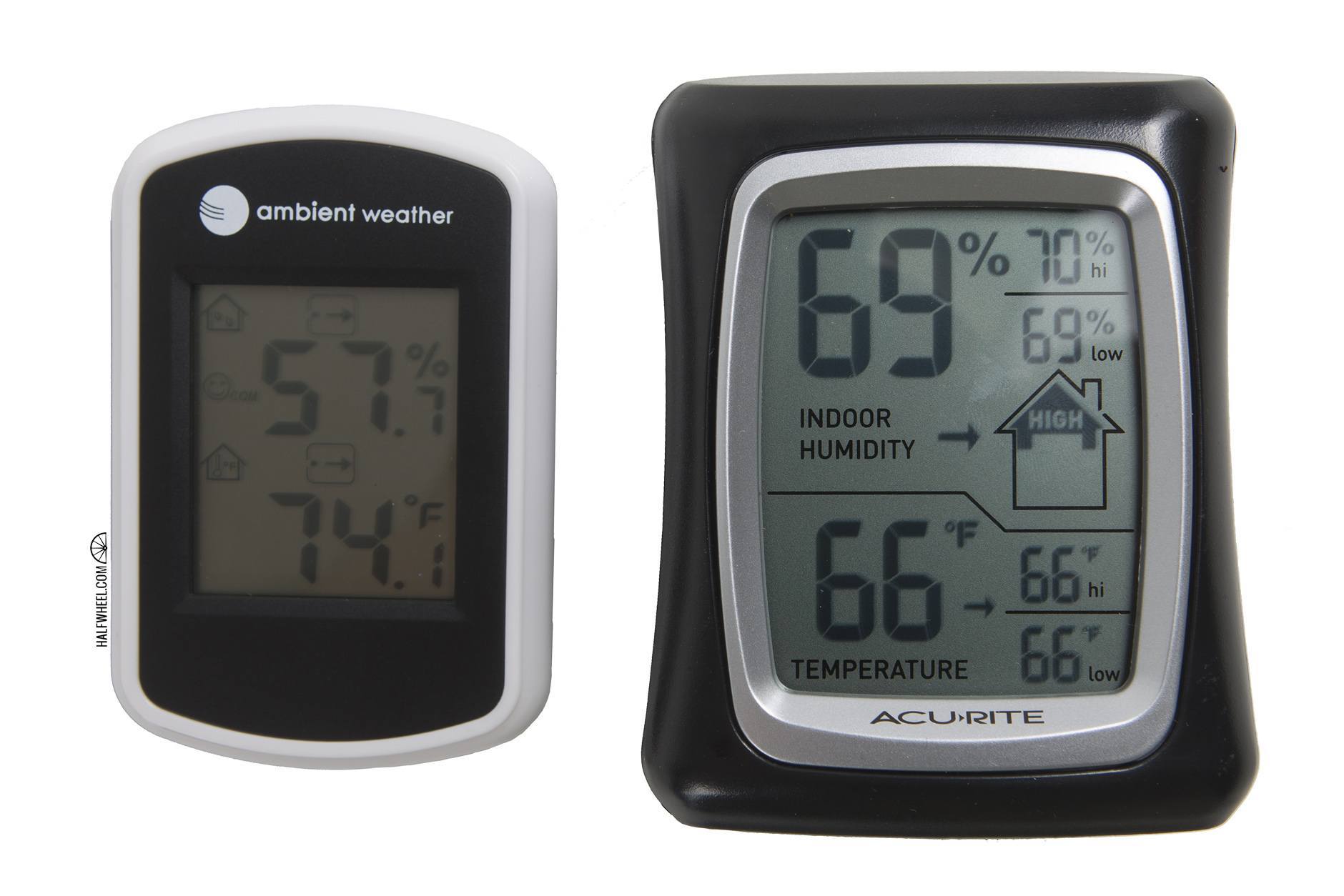 One WS-03 will set you $10 on Amazon, a four-pack brings that price below $7.50, which is pretty challenging to top in terms of value. While I do wish that it had the ability to display highs and lows like the Acurite 00325, I think many who simply want to know when it’s time to recharge their humidification system will be more than happy with the smaller, cheaper and just as accurate Ambient Weather WS-03.