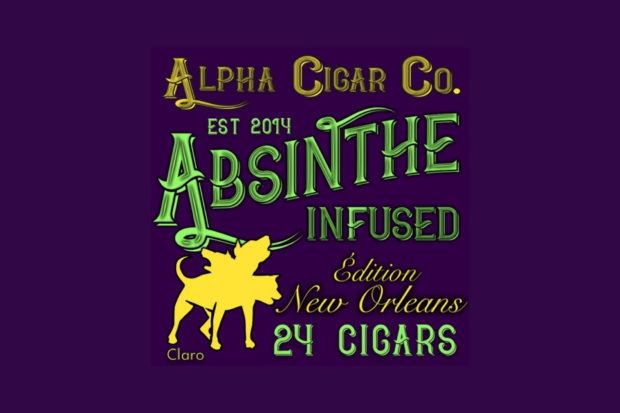 Alpha Cigar Co., best known for its absinthe-infused cigars, is paying tribute to the city that brought you the sazerac cocktail.

It’s the Édition New Orleans, a 3 1/2 x 46 absinthe-infused cigar available across a variety of wrappers. It uses a Dominican olor binder over an undisclosed mixture of Cuban-seed fillers. There will be three wrappers: Ecuadorian Connecticut, San Andrés claro and San Andrés maduro.

The company uses a French absinthe , distilled from 15 different herbs, to infuse the binder. Absinthe is also used in a Sazerac cocktail, where the French spirit is placed in the glass before the rest of the drink is stirred, it is then dumped out of the glass before the cocktail is poured, a process known as washing.