Last year, Dallas-based AKA Cigars introduced the Nth Degree, the company’s take on “a classic maduro.” It was offered in the standard wide array of vitolas the company makes, but with one notable size missing, a lancero. The company has been producing a limited amount of 7 x 38 lanceros in its other blends for a few years, so an Nth Degree lancero seems only natural.

It turns out the world would have to wait a year for the size, which is known as the Nth Degree Optimal. It features the updated packaging that the company is beginning to rolling out with larger and thicker bands and an updated box. 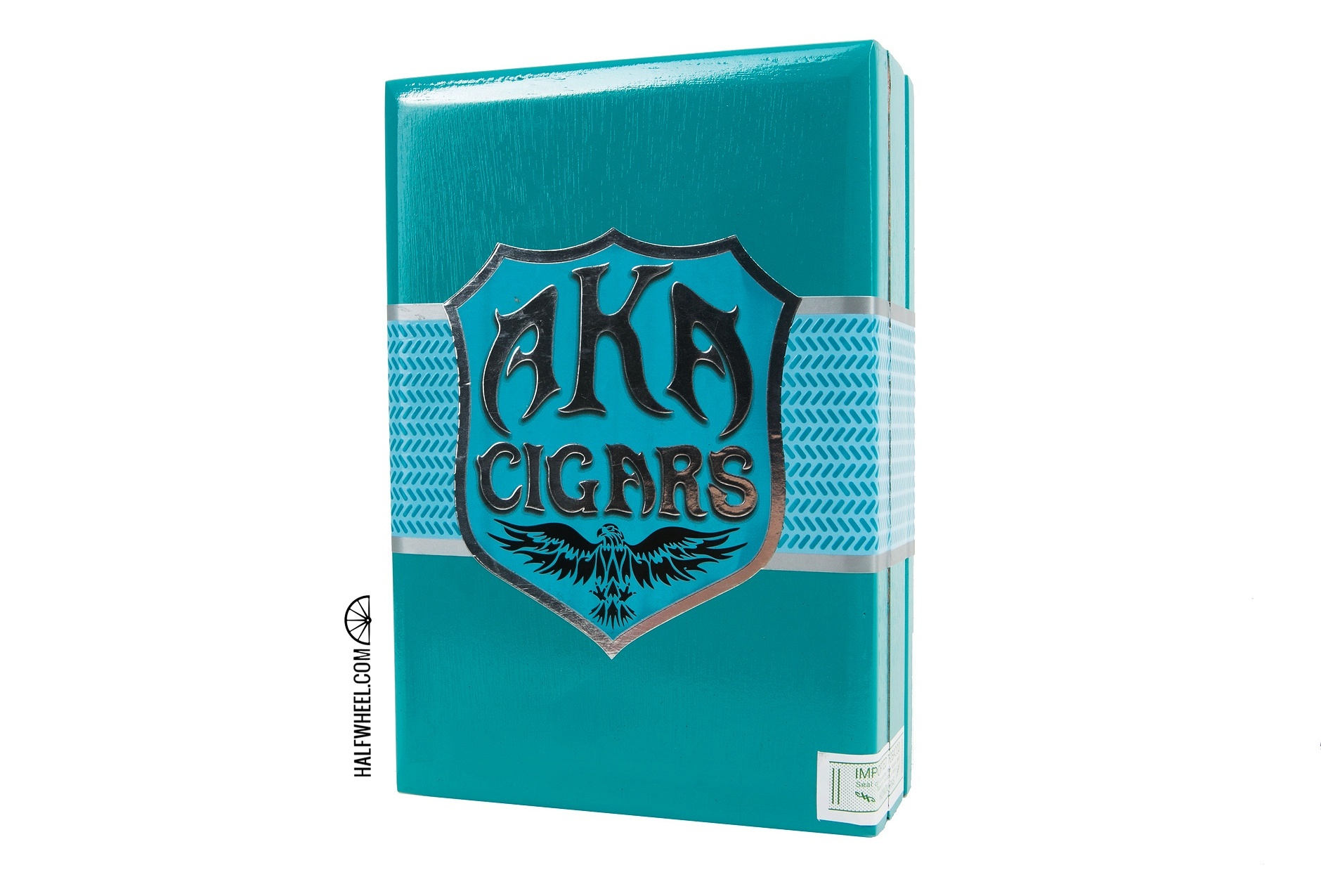 Nth Degree uses a Mexican San Andrés broadleaf maduro wrapper, Dominican binder and fillers from the Dominican Republic, Honduras and Peru. The goal was to blend a medium-bodied “old school maduro”—one that valued sweetness over strength. The Optimal is the seventh vitola to be added to the line and the only limited size to date. AKA will begin shipping the first 50 boxes of the Optimal later this month and then plans another 100-box shipment for October. The dark Mexican wrapper serves as a great background for the teal band that is on the Nth Degree. While the cigar appears to be rolled cleanly, I do notice soft spots right below the band on two of the samples I smoke. There’s a sweet hickory note from the wrapper and a sweeter hickory and peppermint from the foot. I’ve never had a spoiled apricot, but I imagine it tastes something like the cold draw of the Nth Degree Optimal—a slightly sour apricot note, the aforementioned peppermint and touches of mustiness. It’s a sharp cry from the relatively elementary sweet and earthy flavors I find on other sizes in the line, but it’s not off-putting.

For better or worse, that unique flavor starts the lit portion of the cigar much like an apricot, somewhat sweet, along with earth and woody notes. The finish of the Nth Degree is lengthy and shows an array of earthiness and sweetness. Those two noted flavors stick around for the entire first third, but there’s some sweet creaminess that emerges as well. Almonds make it into the finish, but the star of the show is the aroma: hickory and roasted green apple. Without fail every Nth Degree I try photographing deposits the ash at the half-inch mark, although I could get it to hold for an inch and a half when the DSLR was out of reach. Earthy flavors remain front and center at the center of the profile, but things are becoming a bit muddier—wet barnyard notes creeping it. There’s a fair bit of sweetness at various points of the Nth Degree Optimal, particularly on the retrohale, which also features a cinnamon note. Construction is much the same, nothing to complain about. While I noticed soft spots at an earlier point of the cigar, there’s no signs of it being problematic once the cigar burns through the area. Upfront, things don’t change. The Optimal still has a very earthy profile with various sweet influences around the tongue. At the two inch mark, a great meatiness emerges alongside a sweet caramel through the nose. It’s a great reward for what otherwise has been a very similar few inches. As with many cigars, around the inch mark keeping the Nth Degree Optimal burning requires much more work, but after five cigars, I don’t think I’ve performed a single touch-up. 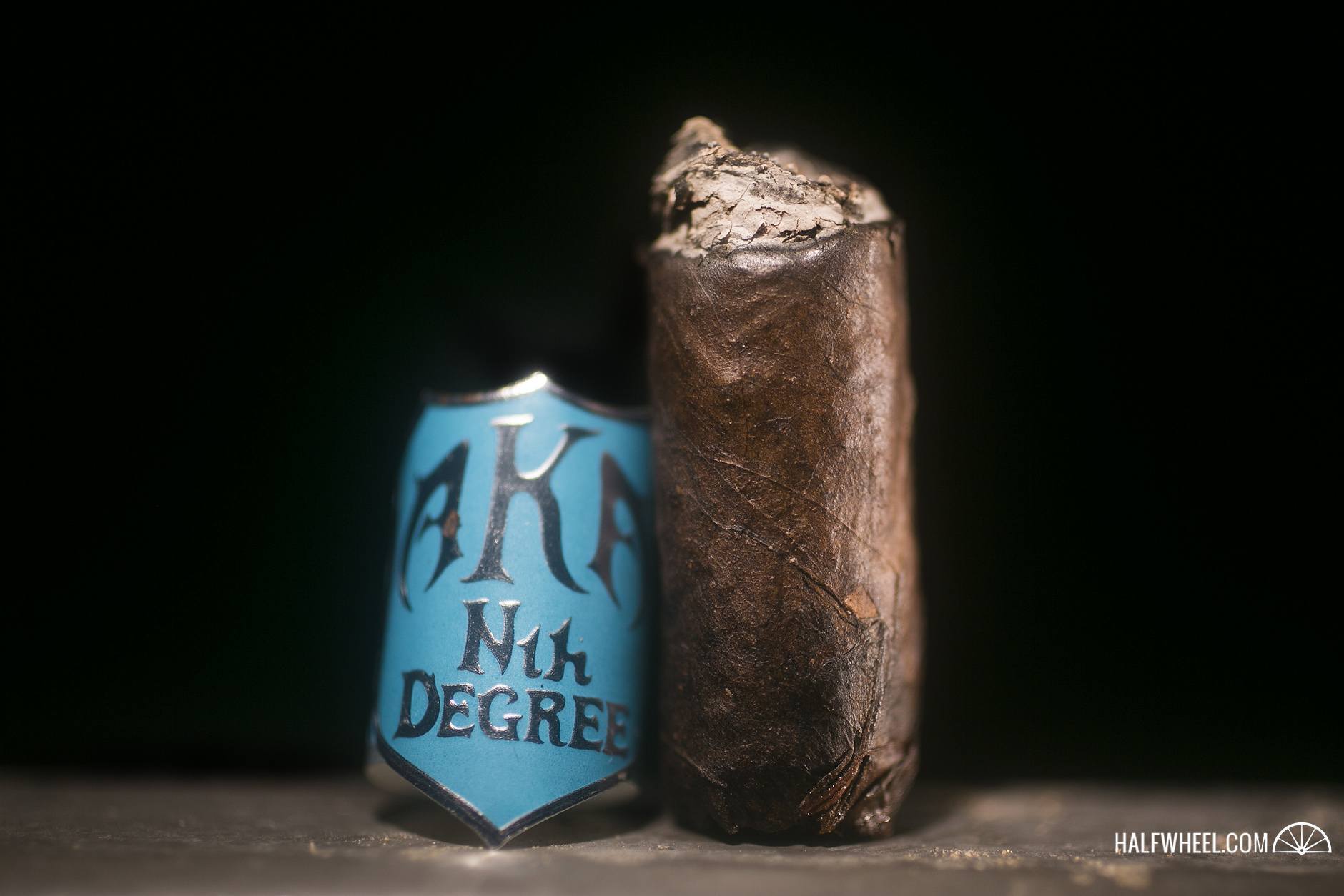 While I love the lancero vitola, I’m a bigger proponent of the theory that certain blends work better in certain vitolas. The Nth Degree Infinite (5 1/2 x 50) is my favorite cigar the company has made and I’m a large fan of the Pinnacle (6 x 44) and Perpetual (6 1/x 54)—the Optimal lancero is a very different rendition of the blend. At times, there’s much more nuance than I find across the line, but it does not work as well as some of the other vitolas. I think a month will help, but it’s got some work to do to catch up to the Infinite in my opinion.