I’m not sure when the Zino Z80 humidor entered the market and I’m not sure based on Davidoff’s website if the company intends on continuing to sell the thing. We purchased it, normally $695, for $399 as part of a Black Friday sale. I’d never heard of the Z80 and certainly hadn’t seen one in person, but figured it would make for an interesting review. 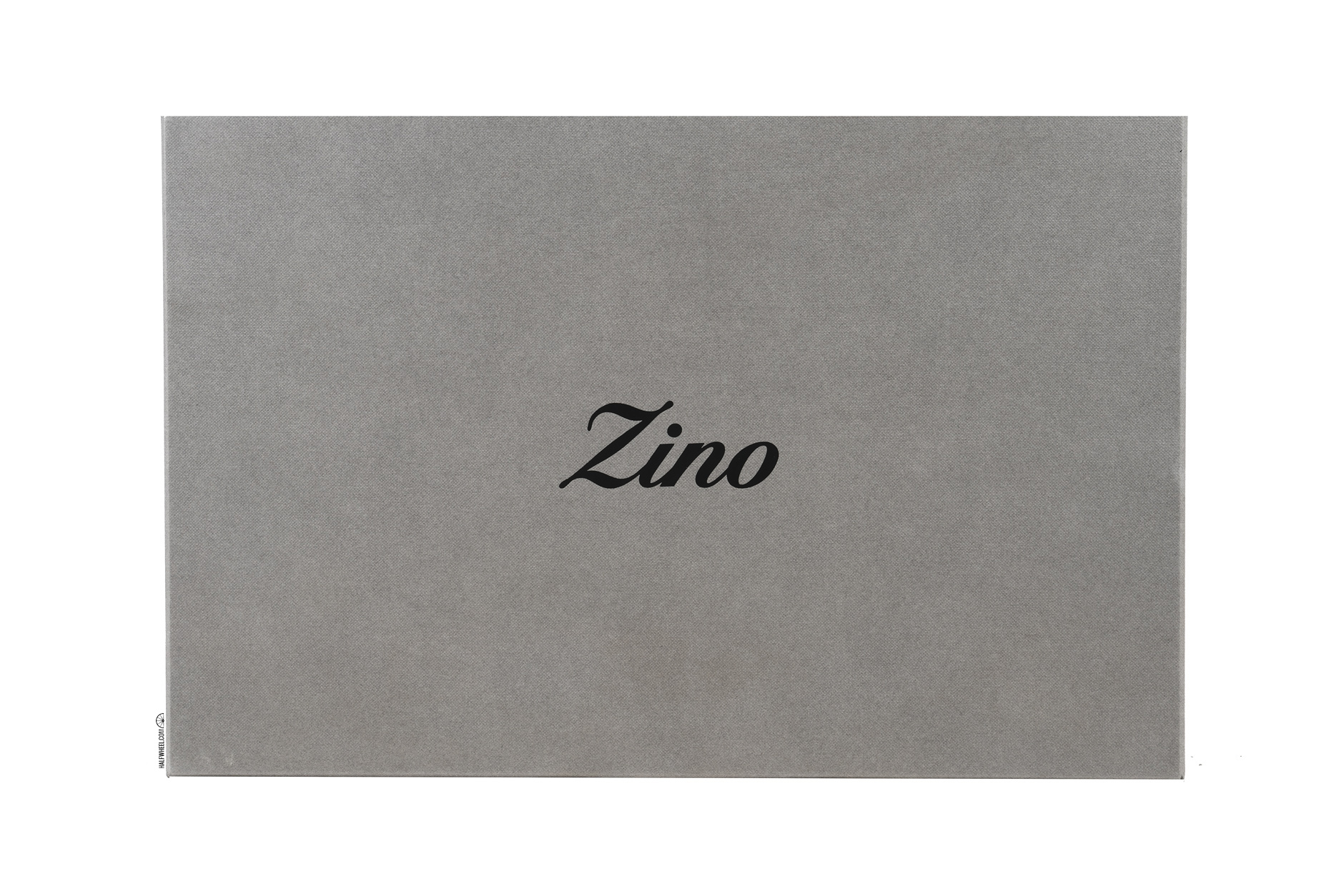 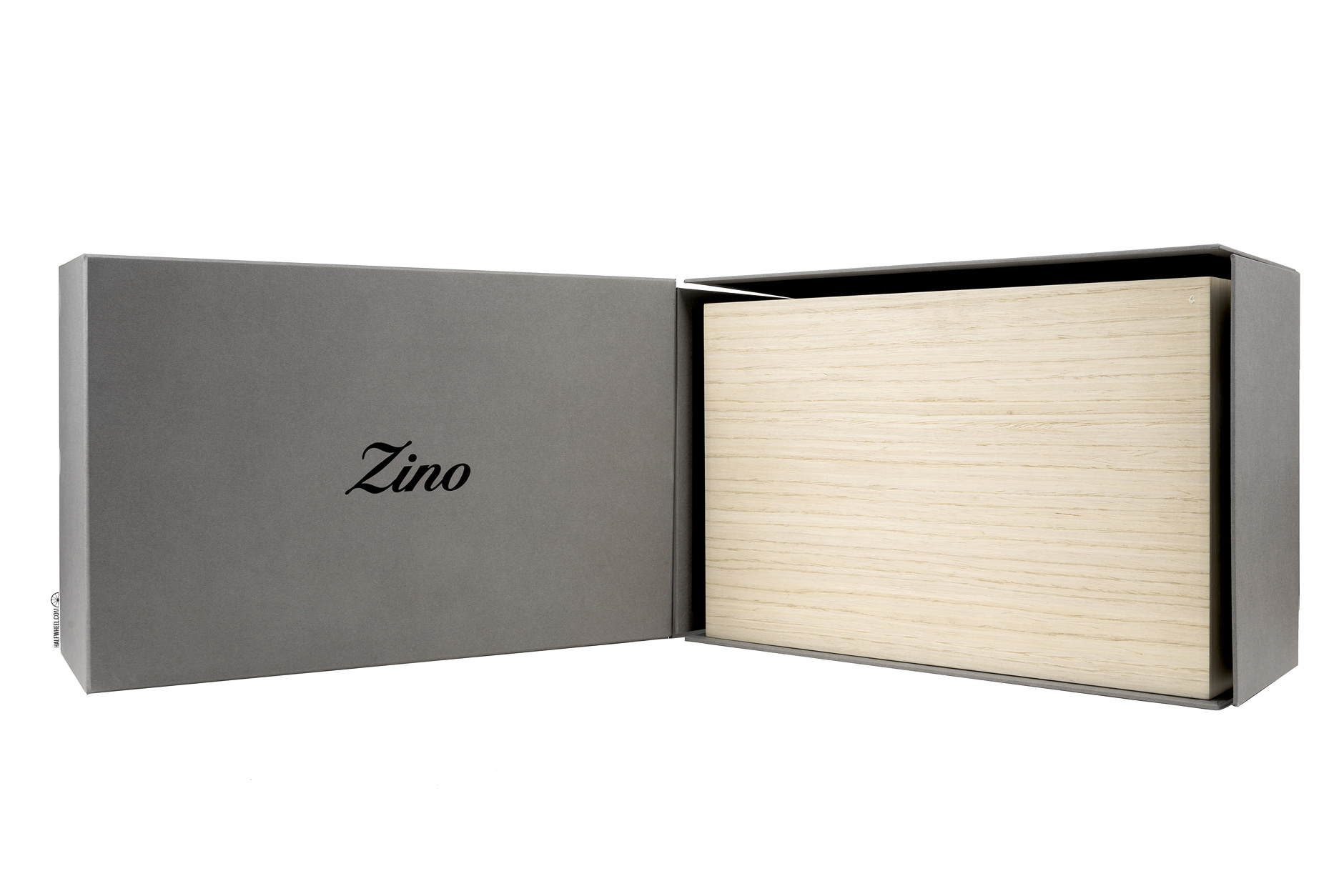 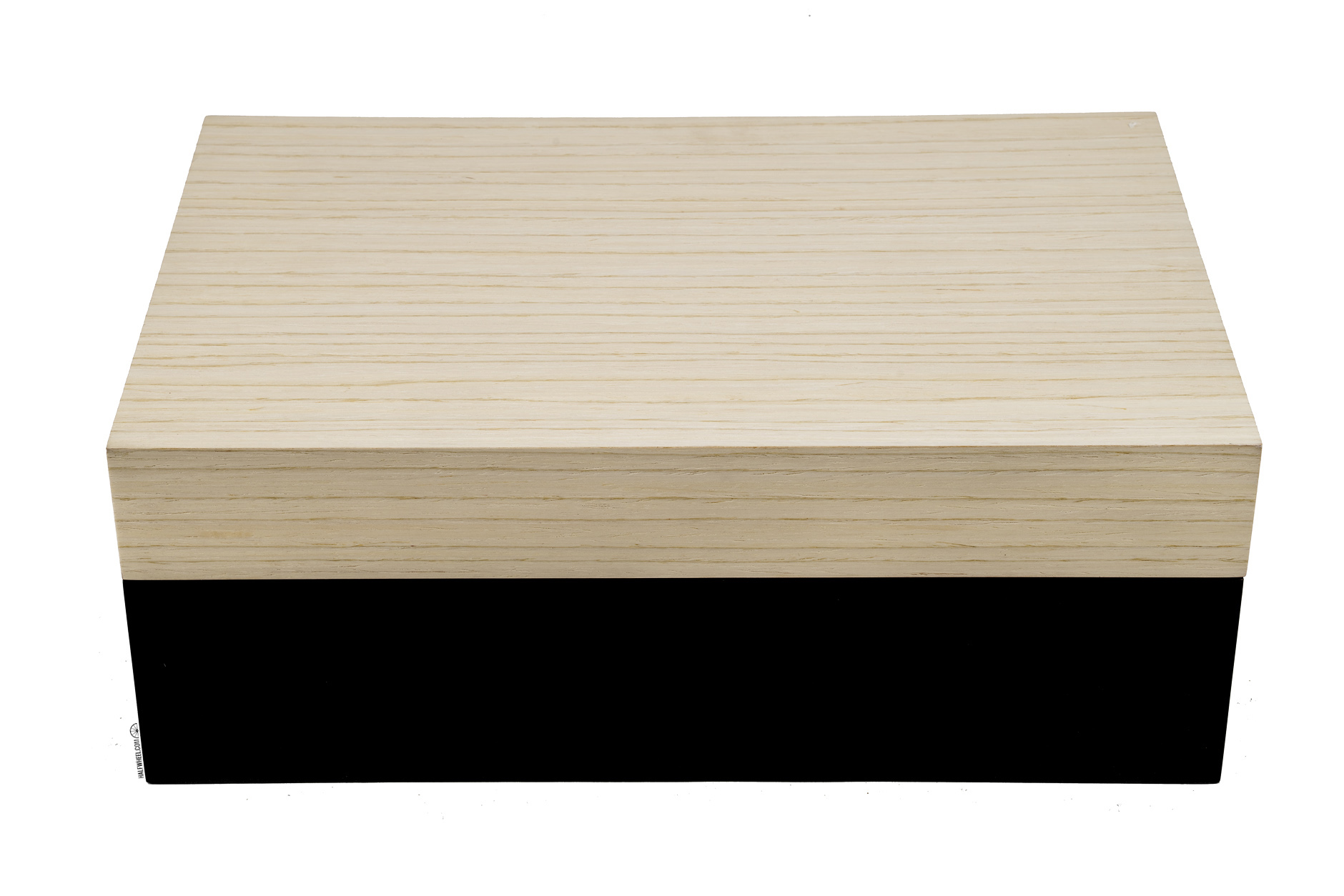 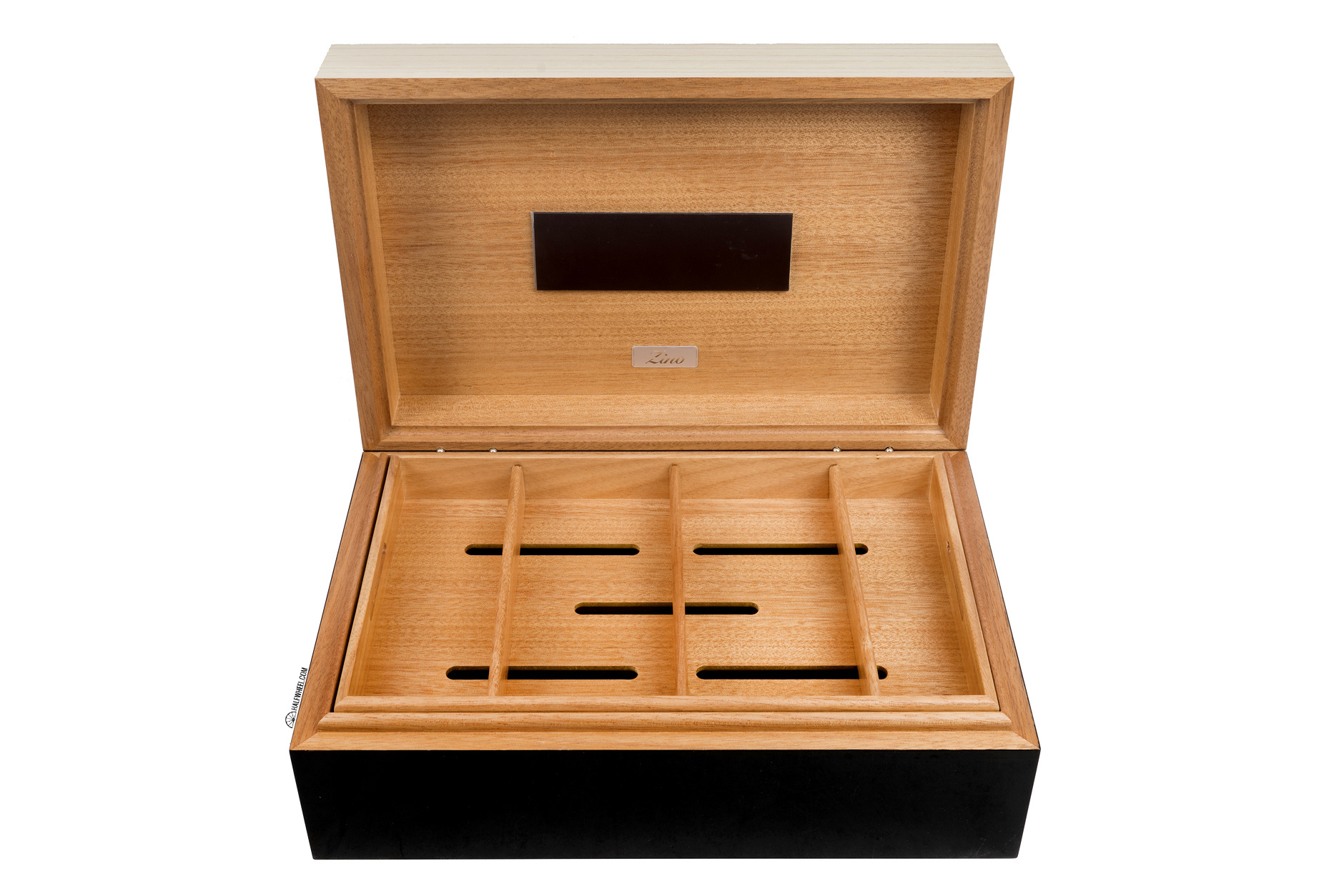 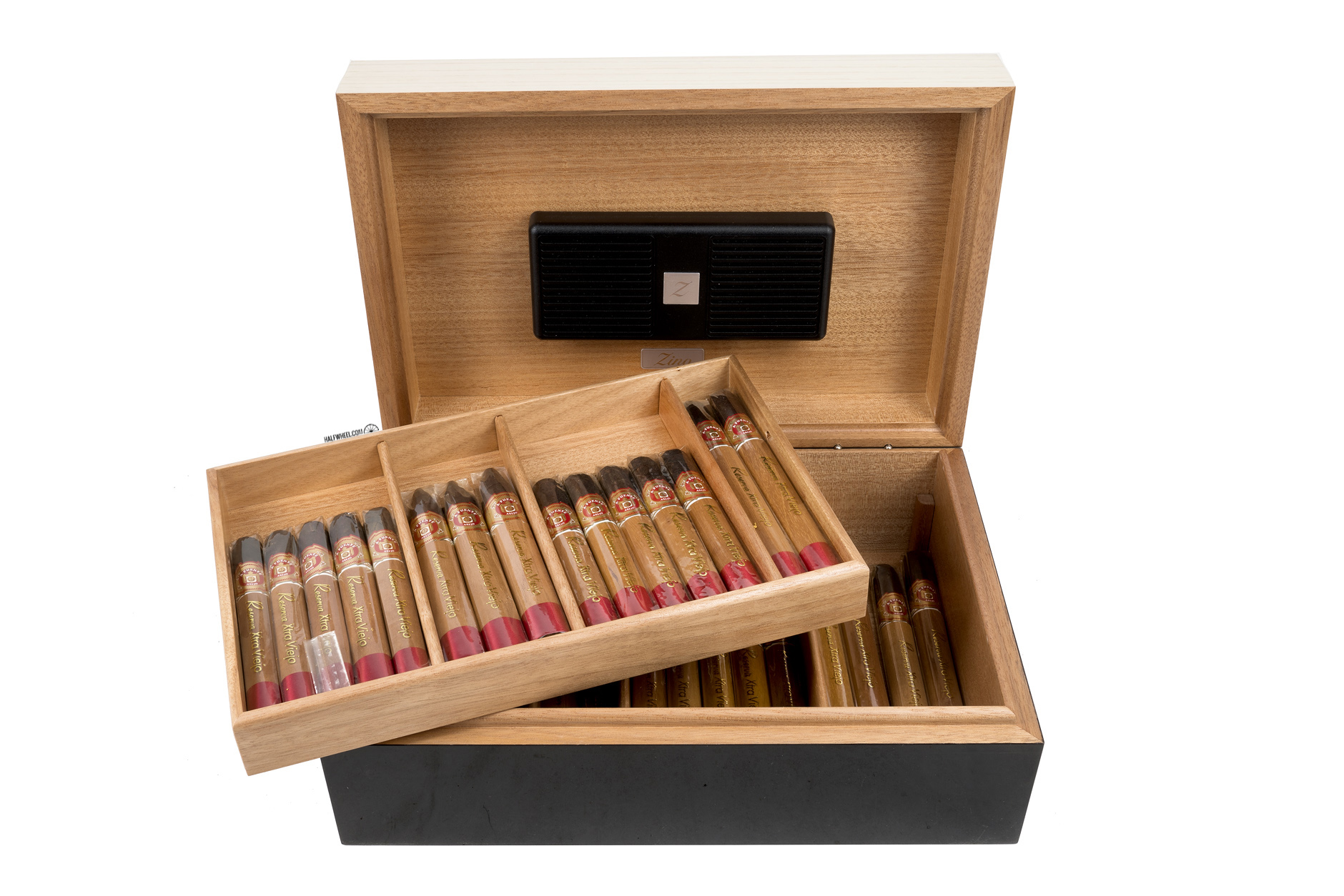 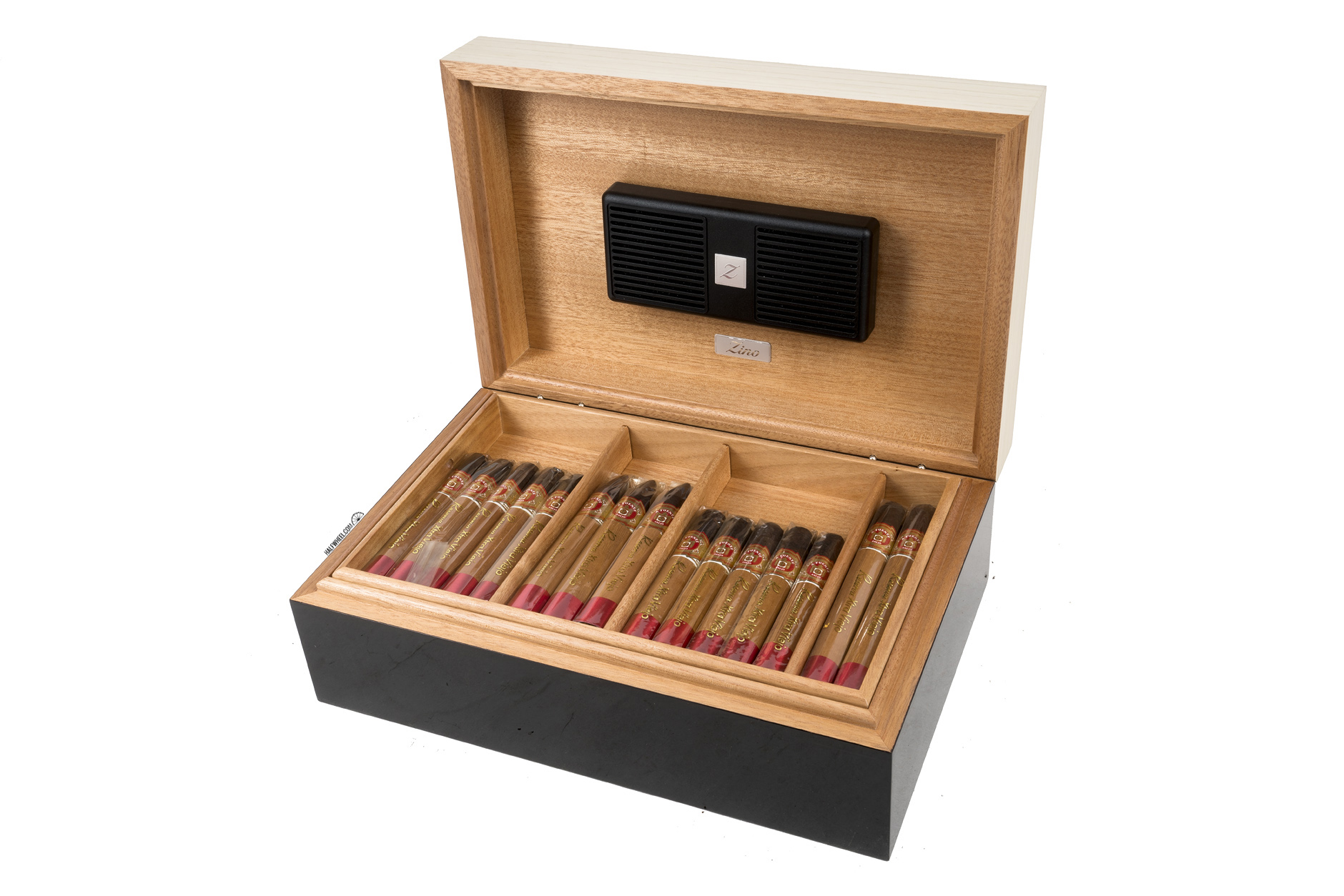 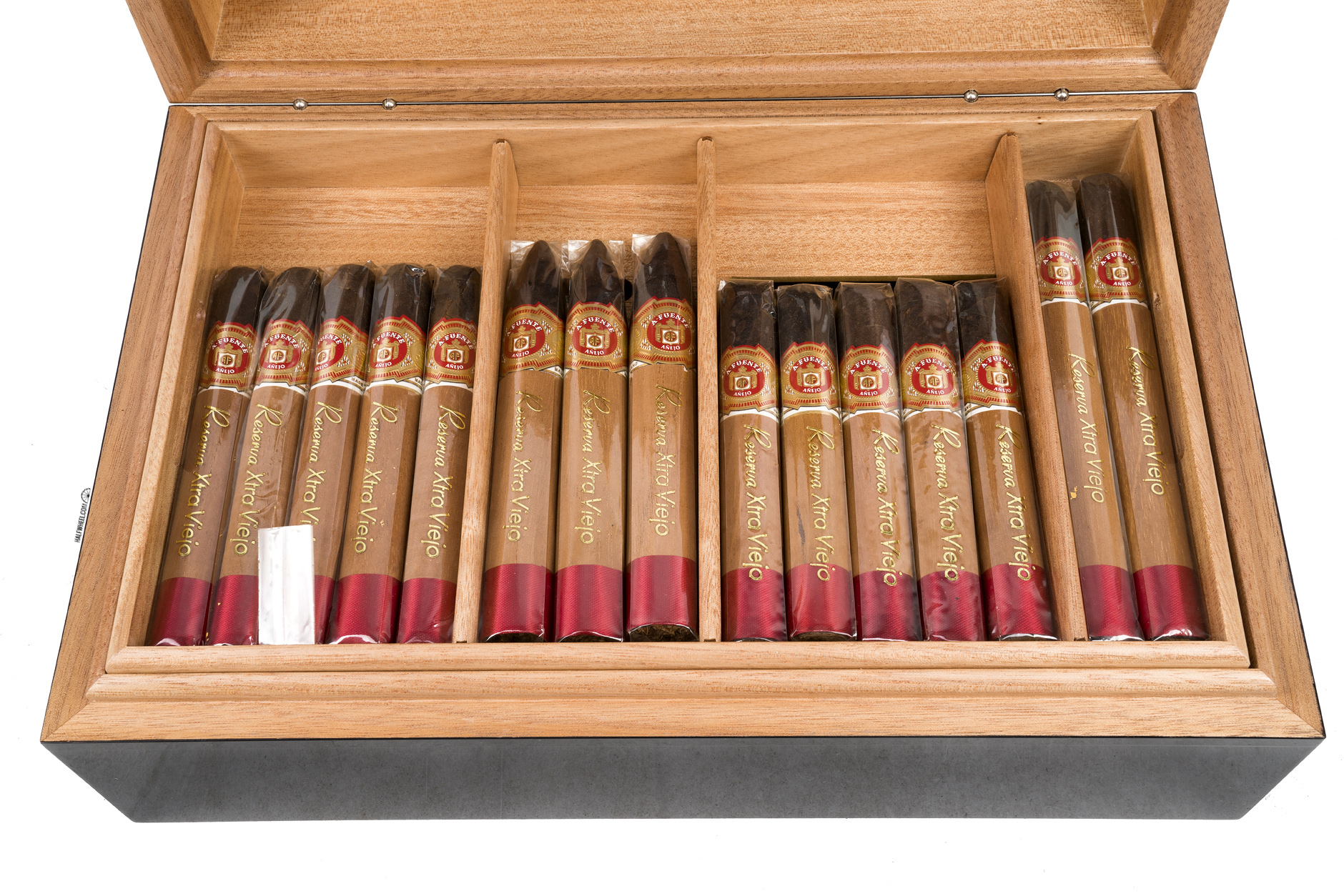 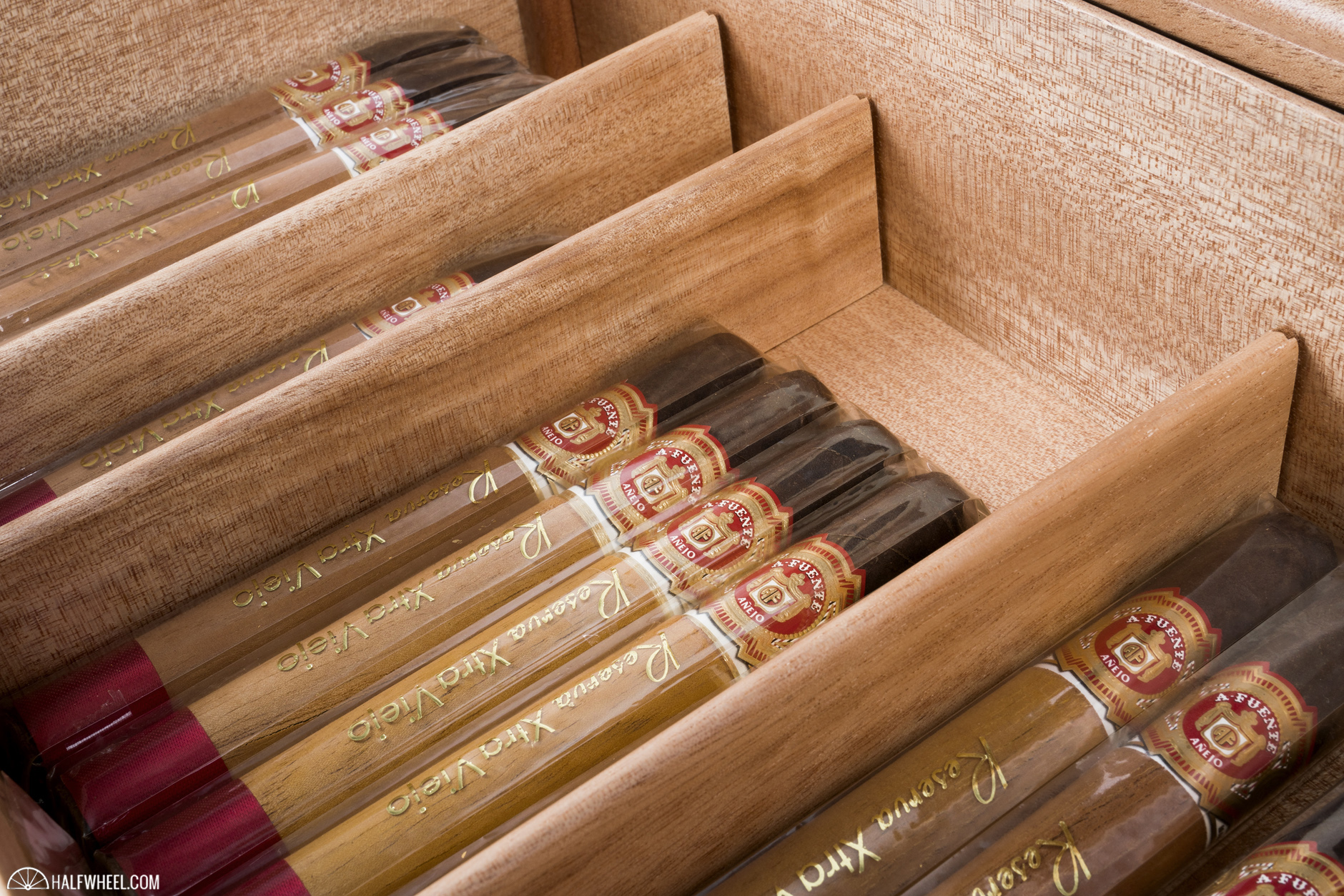 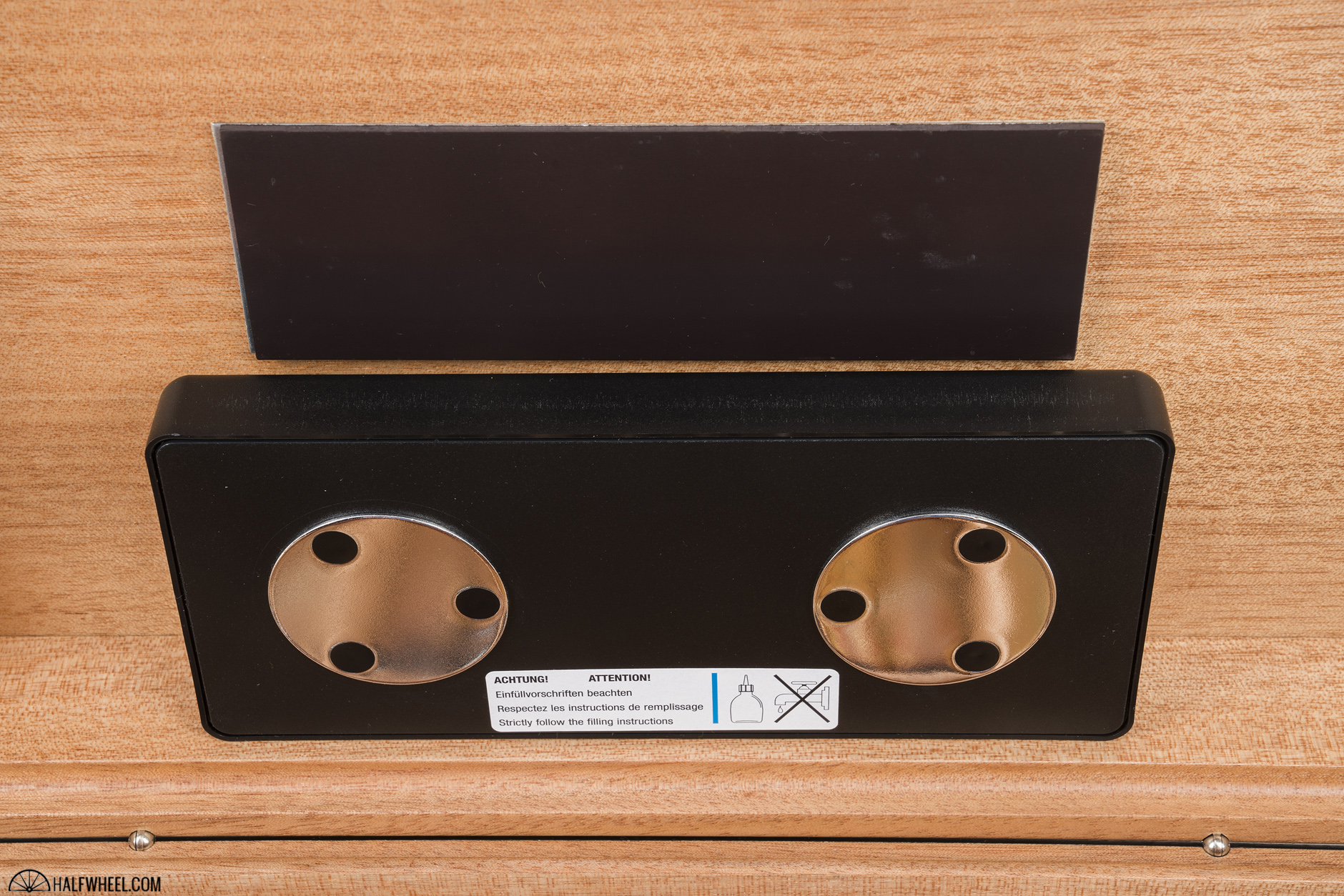 It’s a two-tone humidor that in this combination isn’t the prettiest of desktop options. I imagine there is some Aston Martin interior where the combination of light natural wood finishes and a high gloss black lacquer looks good, but I certainly don’t have anywhere to put the humidor where it doesn’t seem just a bit odd.

There are three different wood options offered—Ayous, Oak and Paulownia—I opted for the Paulownia, which is a creme color. As with many Davidoff humidors, the interior is not made from Spanish cedar, but rather okoumé, an African wood that is known for its lack of odor. The thought process here is that Spanish cedar isn’t needed for its humidification properties any longer given the advancements in humidification. As such, that species of wood—though historically popular for cigars—is a detriment as it adds external scents to the cigars inside.

It’s advertised to hold up to 80 cigars, hence the name, though that’s probably going to be a struggle for anything larger than a robusto. The interior dimensions are 12.875 x 8 inches with the bottom being 3.375 inches tall and the top measuring 1.25 inches tall. All that brings the interior volume to 476.375 cubic inches, however, the bottom contains four pegs that aren’t designed to be removed and those dimensions don’t include the tray, which also reduces the overall volume.

The humidor ships with a tray that has three removable dividers, the same number that is included for the bottom compartment. A magnetically-attached humidifier is also included, as well as a squirt bottle that is used to help fill said humidifier. There is no locking mechanism, and as such no key, and as with most Davidoff-humidors, a hygrometer is not included.

Pretty much like any other humidor: season the humidor, fill the hygrometer with water, place the cigars inside, close and occasionally monitor.

Here are some notes I made during the set-up process: 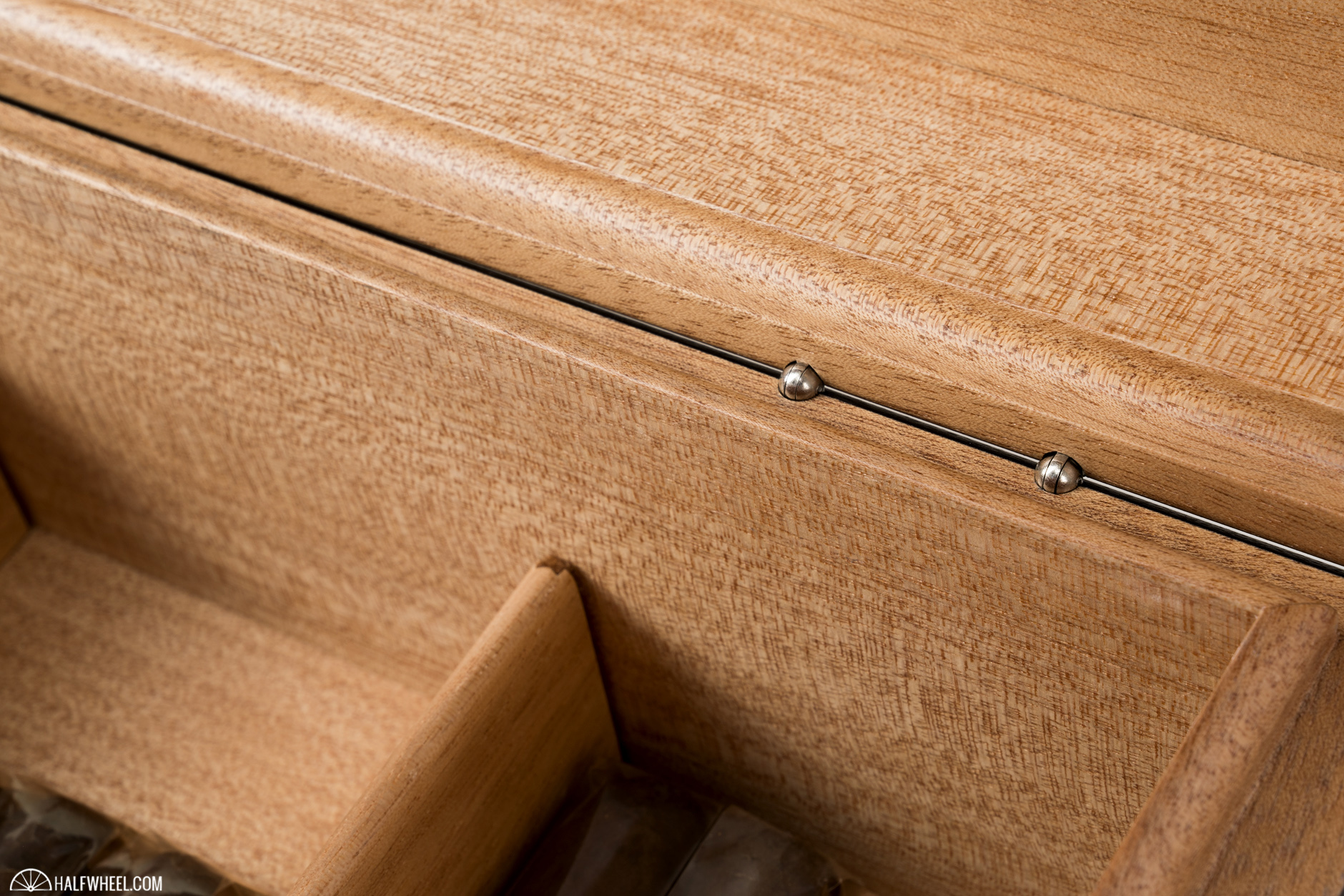 The details. There’s the tray which has rounded handles on the inside to assist with lifting. The hinges are completely unique; a flush design that operates via a ball that has been cut in and a separate attachment inside of it instead of exposed handles on each side. The area where the inside of the lid meets the lip of the bottom part, it has a groove as opposed to a squared inlay. There’s a small strip of wood on the back that isn’t lacquered, presumably so it wouldn’t chip due to opening and closing. 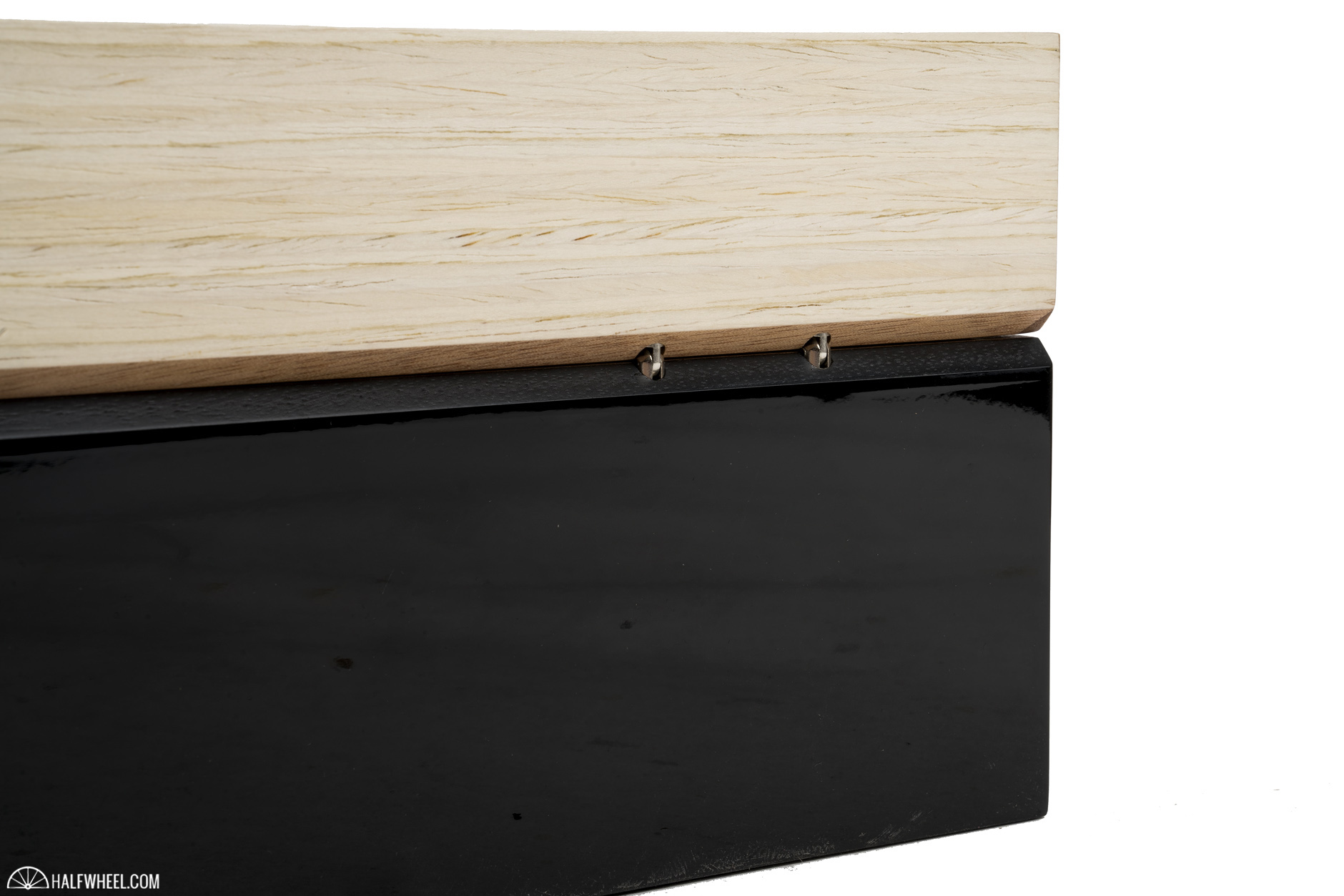 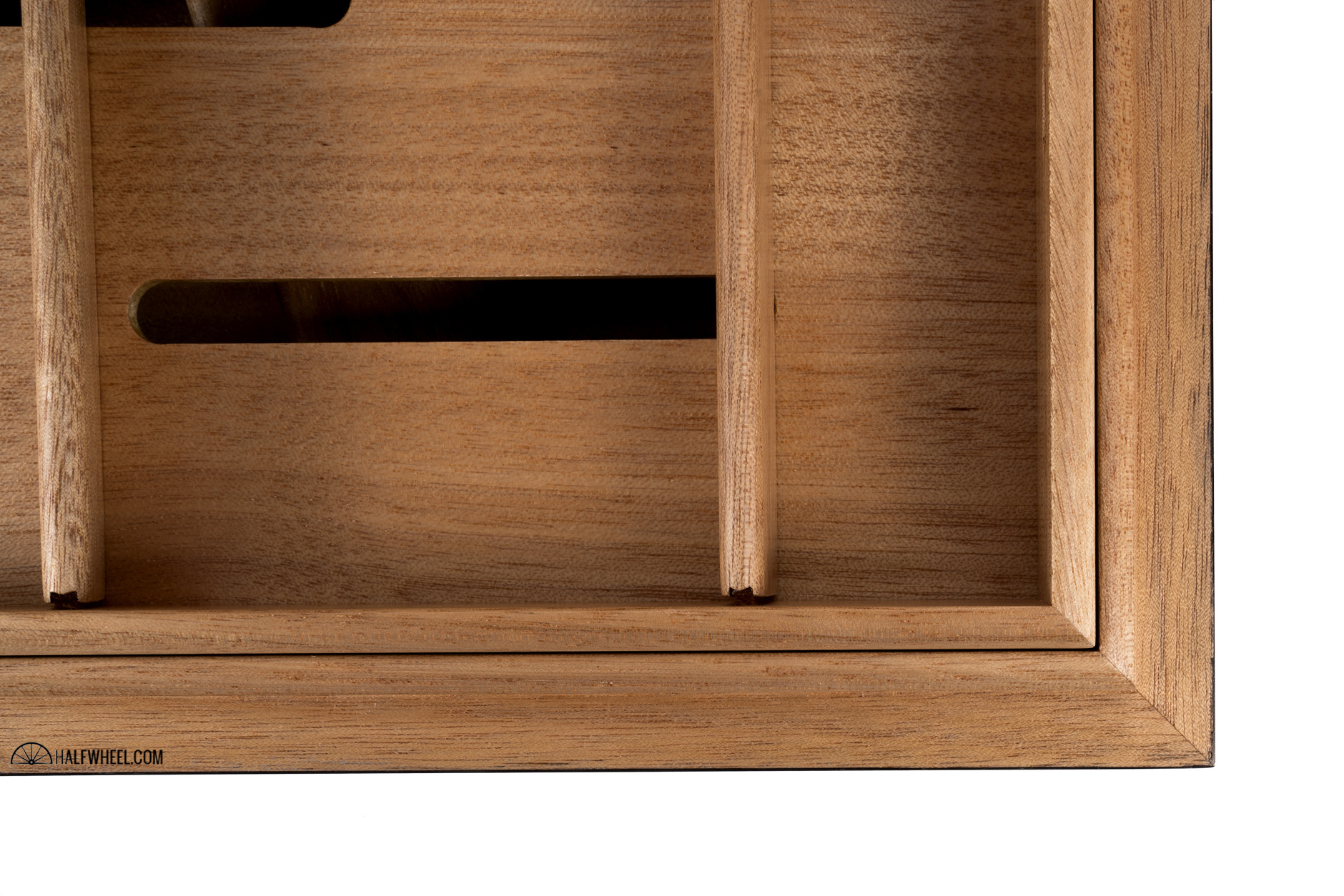 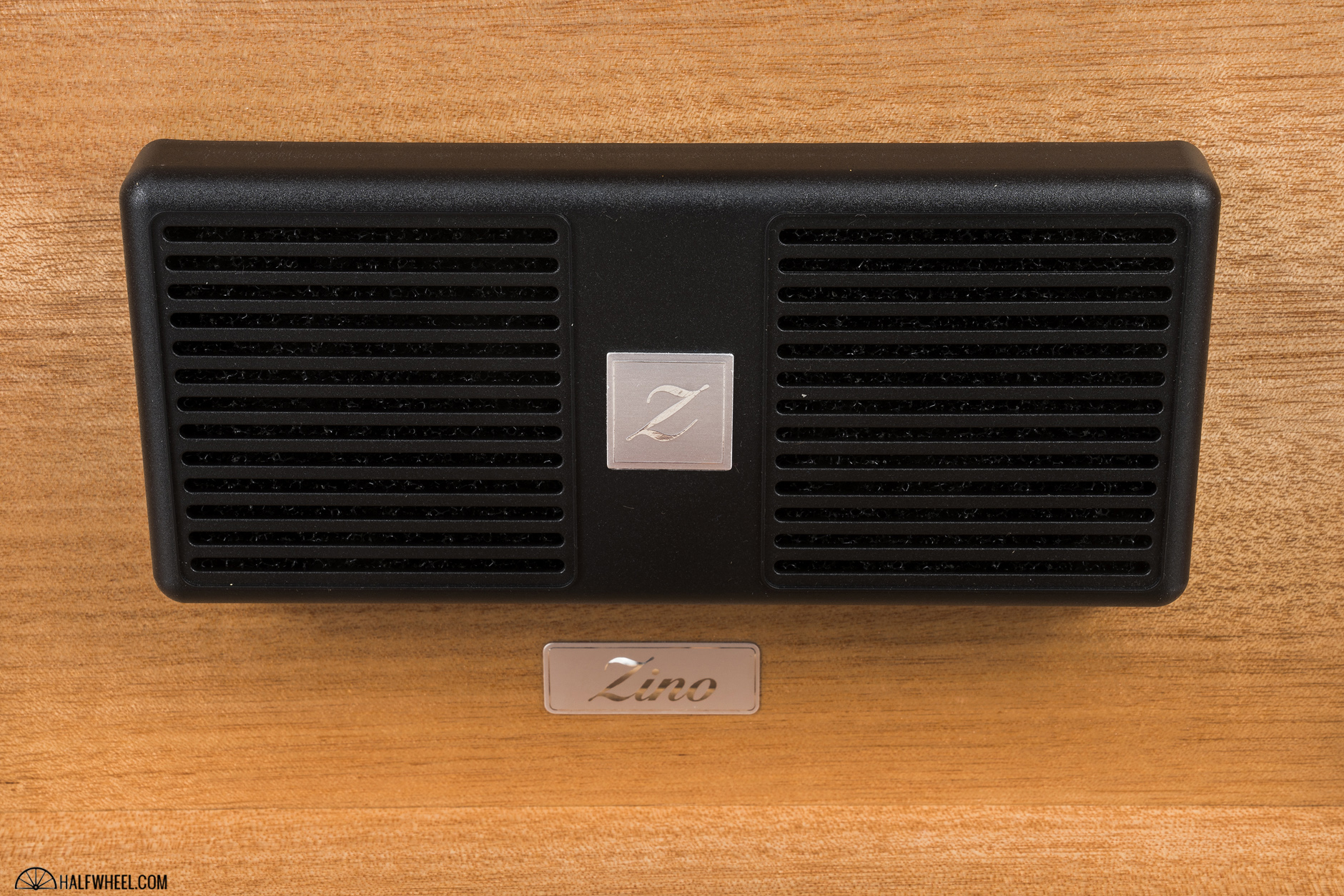 Davidoff’s other Zino Z60 humidors are definitely the closest competitors to the Z80. The slightly smaller units don’t feature a tray and hold 20 fewer cigars, but otherwise keep most of the same features. There are a lot more designs available for the smaller capacity model and it’s priced at $495. 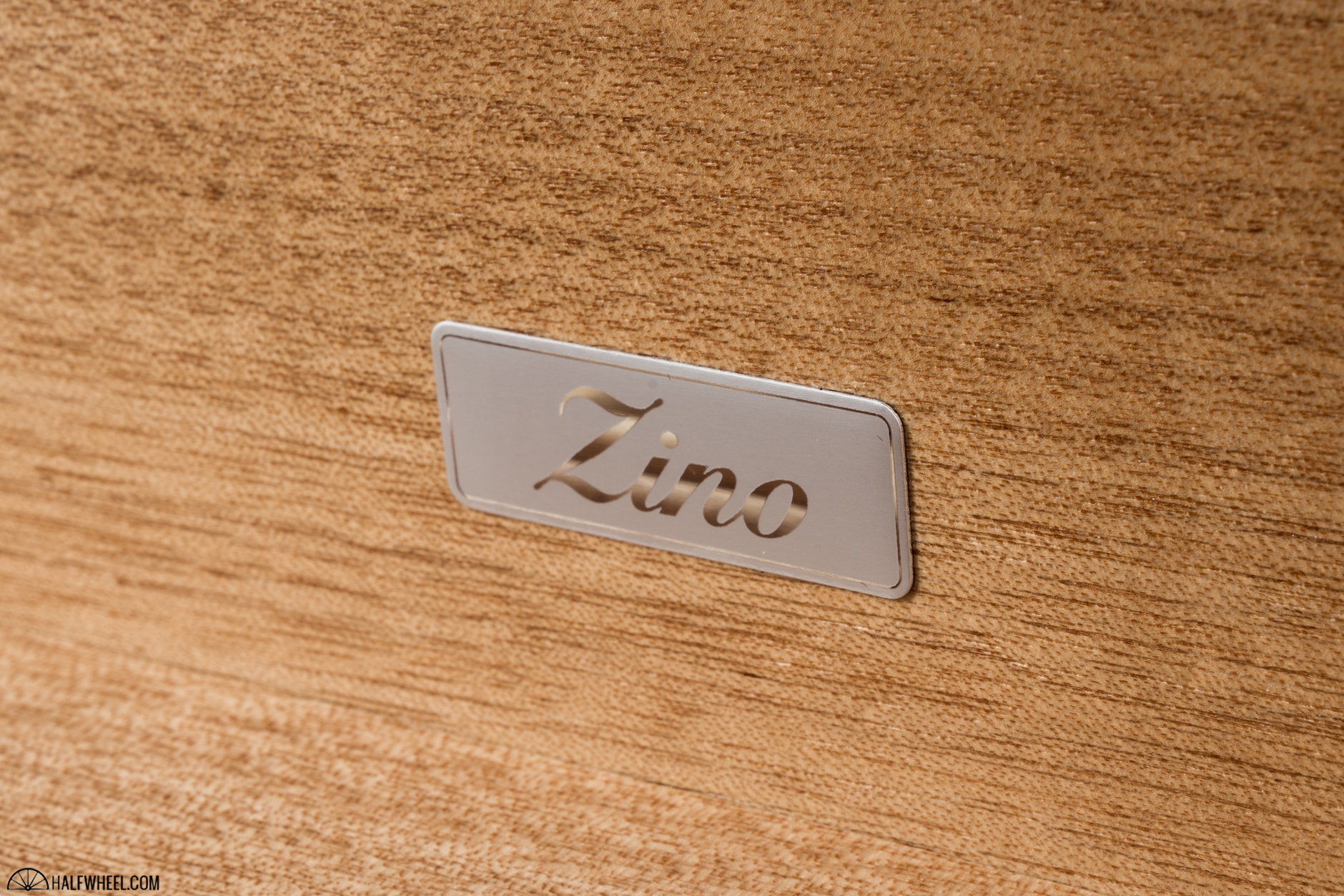 Should You Buy It?

A few months ago the people at Boveda asked what I thought the best humidor on the market was today, I told them it might be this one. I think the Zino Z80 is the best-made humidor under $1,000. Not one of, it’s the best. In many ways, this is a baby Davidoff humidor, a smaller, cheaper and debadged version the $2,500 humidors people gawk at in retail stores all over the world. If only it wasn’t two-tone and seemingly out of stock, I’d probably be picking up another one.