The limited edition Zino Platinum named in honor of the lone star state has already arrived in Texas and will soon head to retailers nationwide. Last week, Smoke Ring, a pair of stores located south of Houston, held launch events for the Zino Platinum Collector’s Edition The Make of Texas. 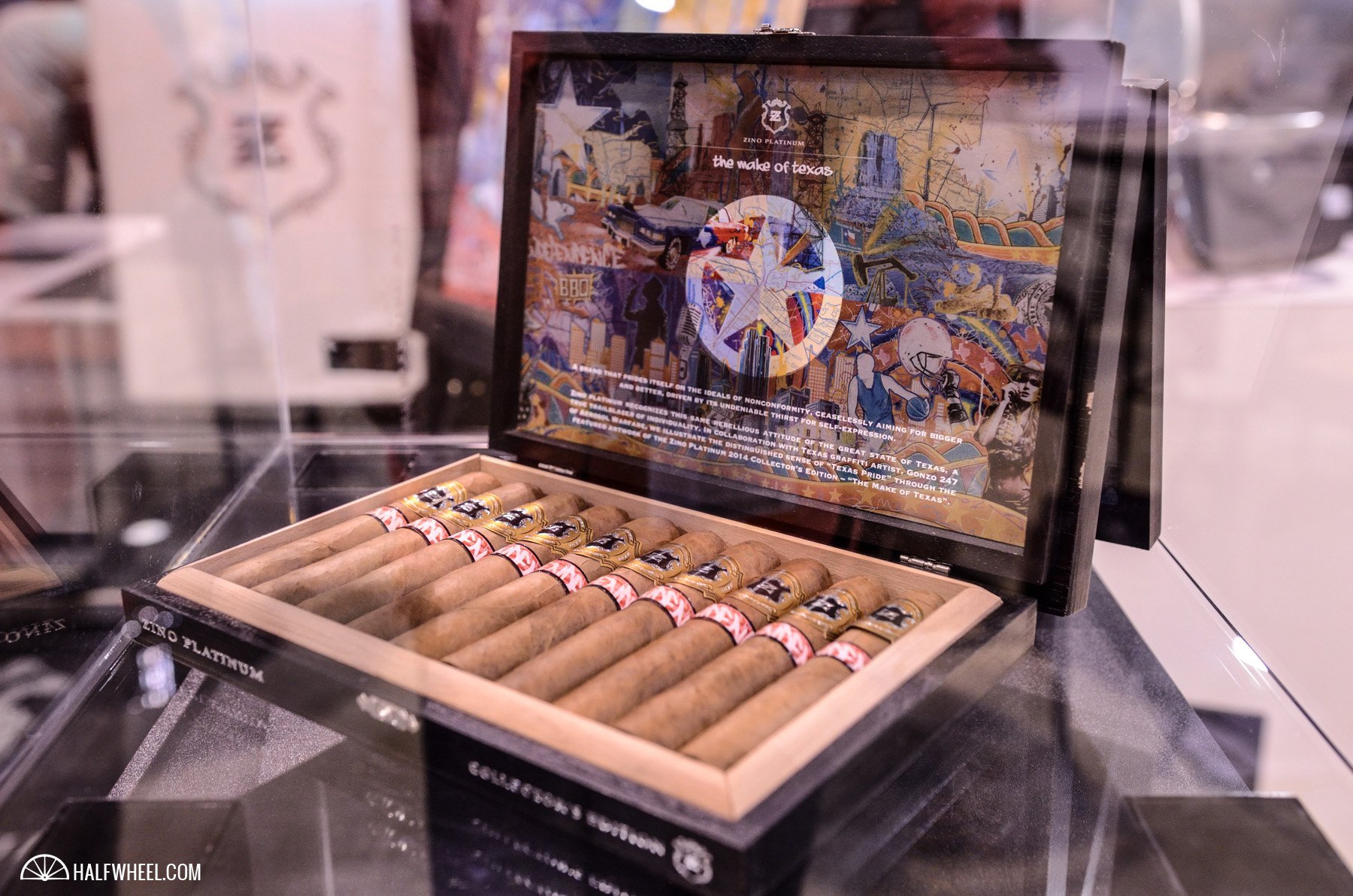 Like the other two releases in the series, four different boxes and bands are offered, although the cigar remains the same. Each design is limited to 750 boxes of 10, which retail for $160, totaling 30,000 cigars.

For this release, Houston based artist Gonzo 247 designed the artwork.

The cigar was first shown off at the 2014 IPCPR Convention & Trade Show in July.

Zino Platinum is a brand under the Oettinger Davidoff AG umbrella.