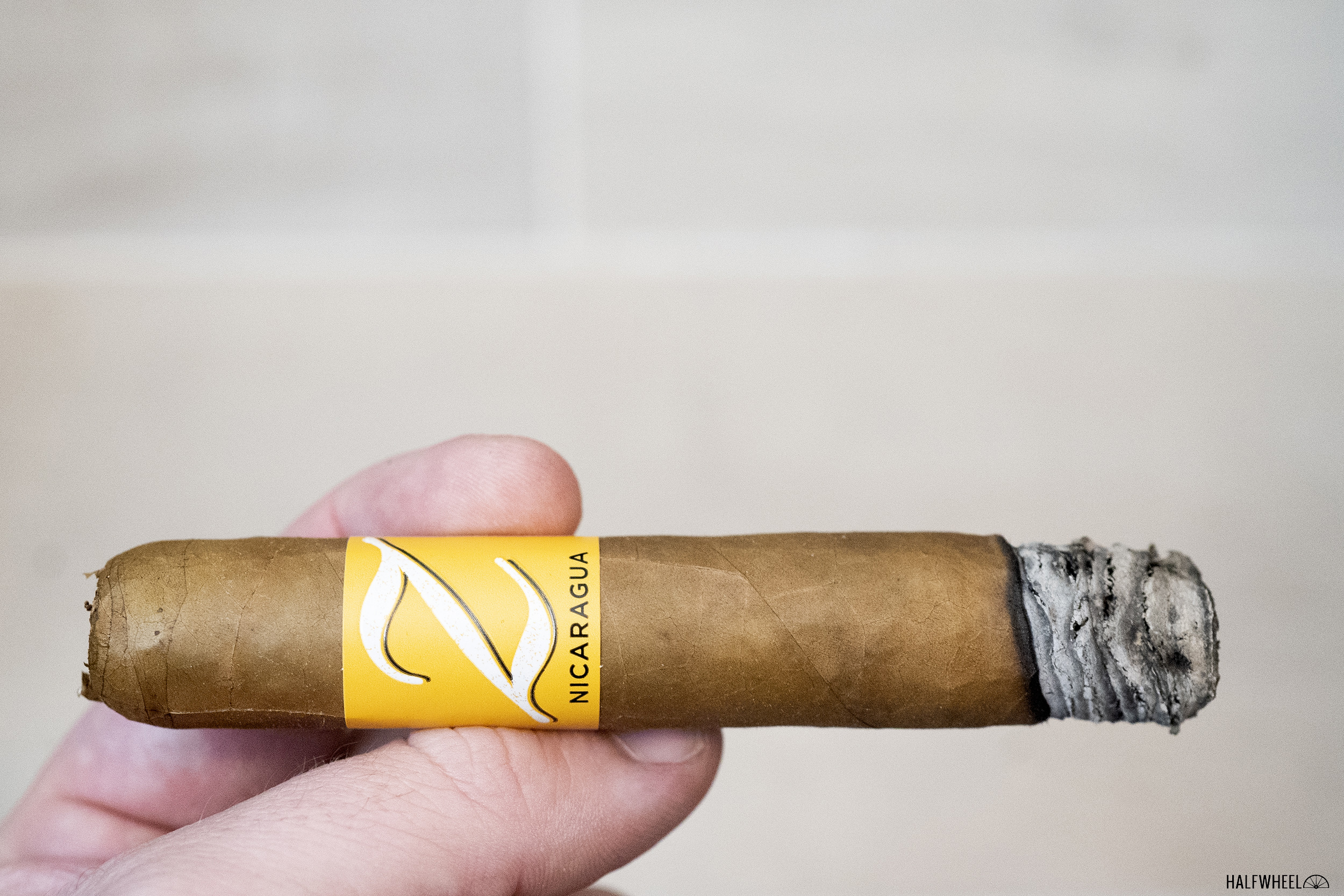 For about as long as I have been smoking cigars, there has always been a Zino-branded cigar in the humidors of the shops I have shopped. My earliest memory was the burgundy-banded Classic line, at least I think that was the color, while more recent offerings have included the Zino Platinum, the Zino Z-Class, and the “Make Of” series that drew on a more urban influence for its branding.

Yet for as long as the Zino brand has been around, it seems to be in a near perpetual state of reinvention, including another attempt this year, when Oettinger Davidoff AG announced that there would be a new Zino, and it would invoke the name of seemingly the hottest cigar-producing country of recent years: Nicaragua. 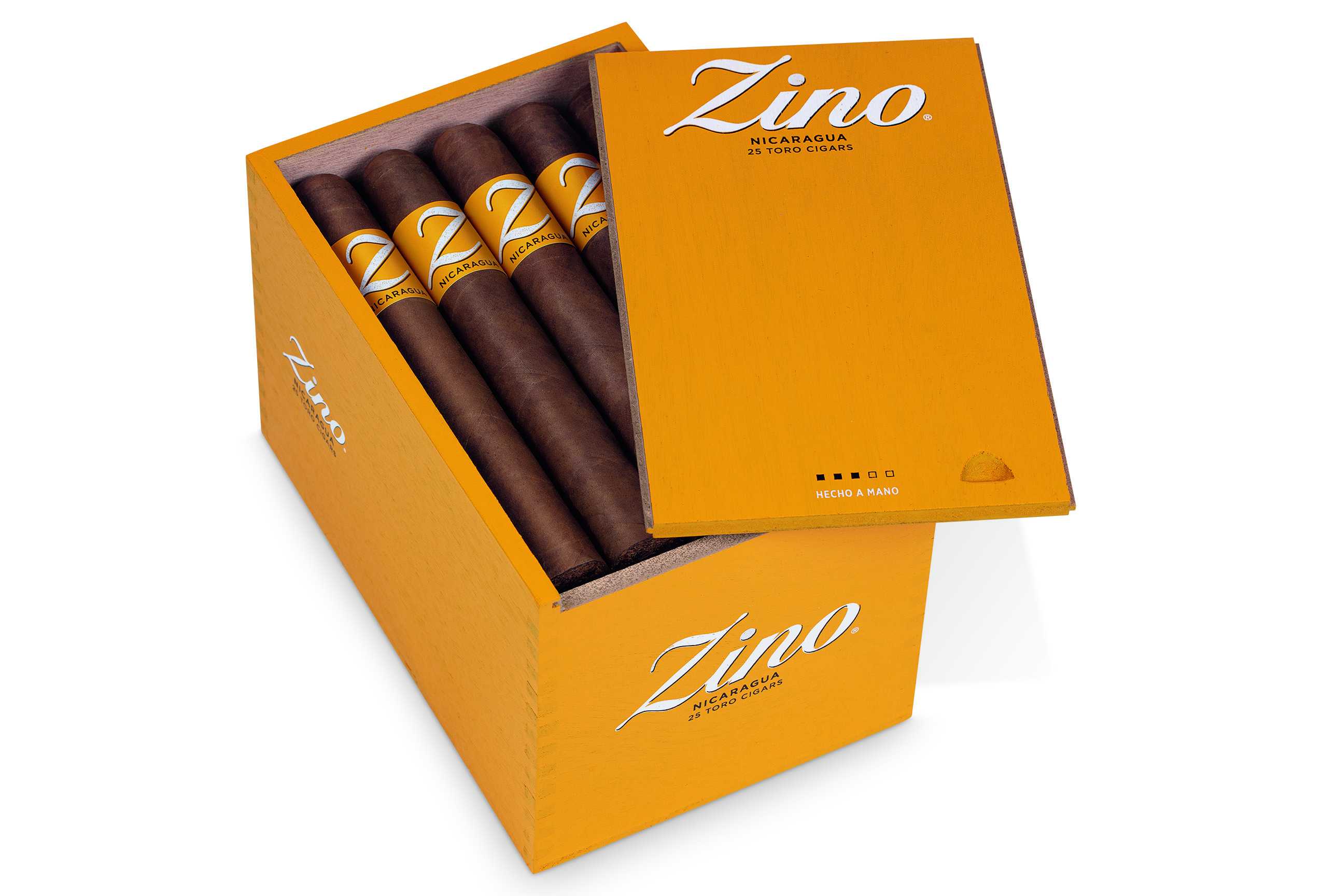 “The new Zino brand is inspired by people who celebrate a lifestyle and state of mind driven by experiences, open-mindedness and an unwavering curiosity,” said Edward Simon, chief marketing office at Oettinger Davidoff AG, via a press release. “Zino Davidoff himself was a restless pioneer of the tobacco world and, when he set out to learn and gather experiences around the globe, he was only 19 years young. While creating the new Zino cigar brand, we aimed to suit Zino Davidoff’s sense of discovery and spirit to live in the moment, and are very excited about the result. The blend of the new Zino Cigars is sure to please those who look for earthy taste profiles with spices and some sweetness.” 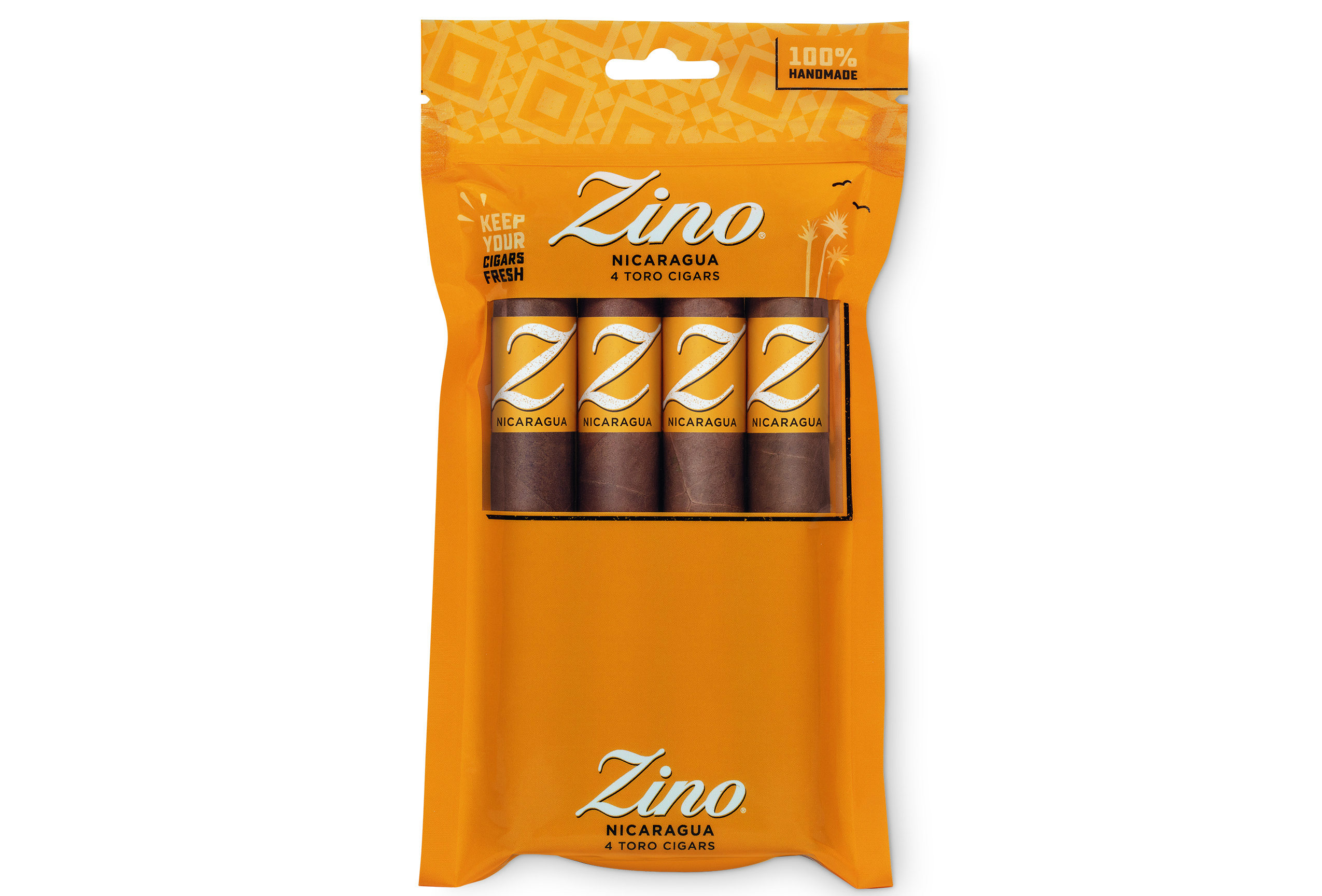 The relaunched Zino line, which is called the Zino Nicaragua, leans fairly heavily on that country for its blend, though it’s not a puro. The wrapper is an Ecuadorian Connecticut leaf, while the binder is a Semilla 56 seco leaf from Nicaragua. The filler comes from Honduras, specifically visus from the Olancho and Jamastran regions, along with visus from Nicaragua’s Ometepe region, and Dominican San Vicente and San Vicente Mejorado secos. And while the cigars say Nicaragua on the bands and boxes, they are made in Honduras at the company’s Diadema Cigars de Honduras S.A. factory.

It is offered in three vitolas. 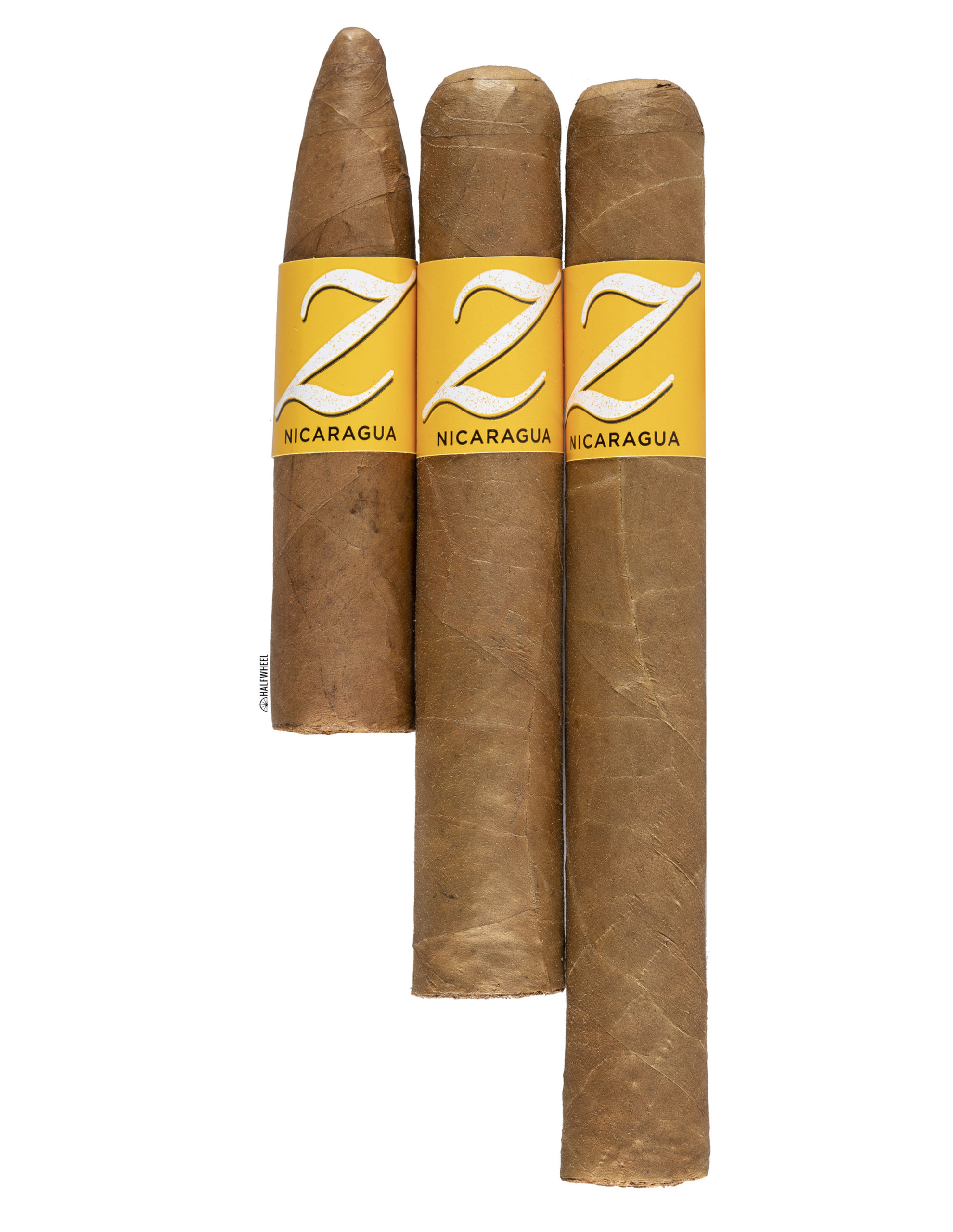 In addition to the standard 25-count boxes, each of the three sizes is also offered in four-count humidified pouches. 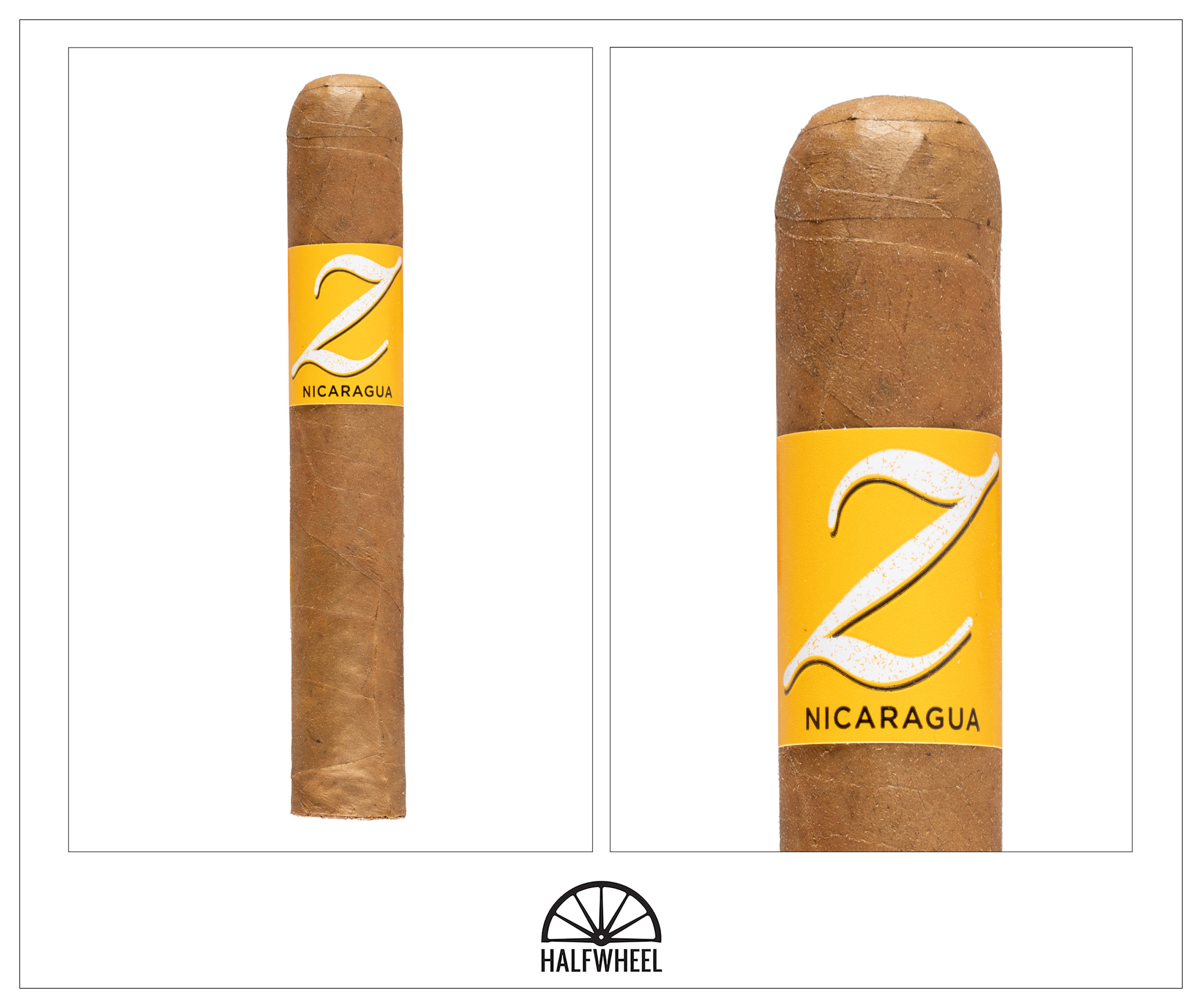 The Zino Nicaragua Robusto probably loses a bit of visual appeal because of how base model the band looks. It’s pretty straightforward, free of embossing and really much in the way of design, but it works for a value-oriented cigar. The leaf underneath is much better than the band would suggest, lightly tanned and looking like it could easily wear the band of a more expensive cigar. The cigar has a bit of give to it, and in this era of very firmly rolled cigars, its subtle amount of give catches my attention. Beyond that, each sample appears to be rolled well with flat seams, a smooth cylinder and a well-affixed cap. Aroma off the foot is light and familiar with bread, toast and a bit of wood, almost as if a store had both a bakery and a lumberyard and you were equidistant to both. The cold draw is generally smooth and easy, while the flavors are fairly subdued. The flavor isn’t developed enough to get to bread, tasting a bit more like the dough awaiting the over. There’s not much in the way of sweetness or pepper, either.

The Zino Robusto starts off with a fairly dry, toasty flavor that tingles the front half the tongue. There’s a bit of white pepper on the tongue as well, some occasional smokiness in the retrohale, and an impressively creamy body, all of which makes for a familiar, enjoyable start. The balance isn’t always perfect out of the gate, but two out of the three samples were pretty solid while one was a bit more noticeably off. By the time the first clump of ash comes off around the one-inch mark, the cigar is showing a good amount of complexity, even if I’m not sure of everything I’m tasting. There’s now a bit of corn flakes in the mix, along with green grape skins providing a tart sweetness, less pepper, traces of the woodiness and breads from earlier, and just a bit of terroir that I has me thinking that the Dominican is standing out in the blend. The first third smokes quite well, with a smooth and easy draw, an impressively sharp burn line and plenty of smoke being produced. Flavor is a vibrant medium, body is a subdued medium, and strength is so far fairly mild.

Receiving the flavor baton handed off by the first third, the second third of the Zino Nicaragua Robusto has a bit more of the complexity I would expect from a cigar with the tobaccos being used, turning more into a stew rather than something that was more singular in its first third. The cigar is a bit earthier, both on the palate and through the nose, a trend that continues throughout the section. The dry lumber flavor does its best to stay in the mix, eventually losing its grip around the midpoint when the flavor shifts gears into something a bit heavier overall, with only fleeting notes of it and a bit of cedar sweetness to be found after that mark. Construction remains very good in all categories; all I have to do is give the cigar a regular puff and it burns well, keeps an even burn line and produces an even burn line. Ash could be a bit more durable, but that’s resolved with a more frequent tapping of the ash. Flavor is a hearty medium to medium-plus, body is about the same, and strength still seems hesitant to cross into medium territory. 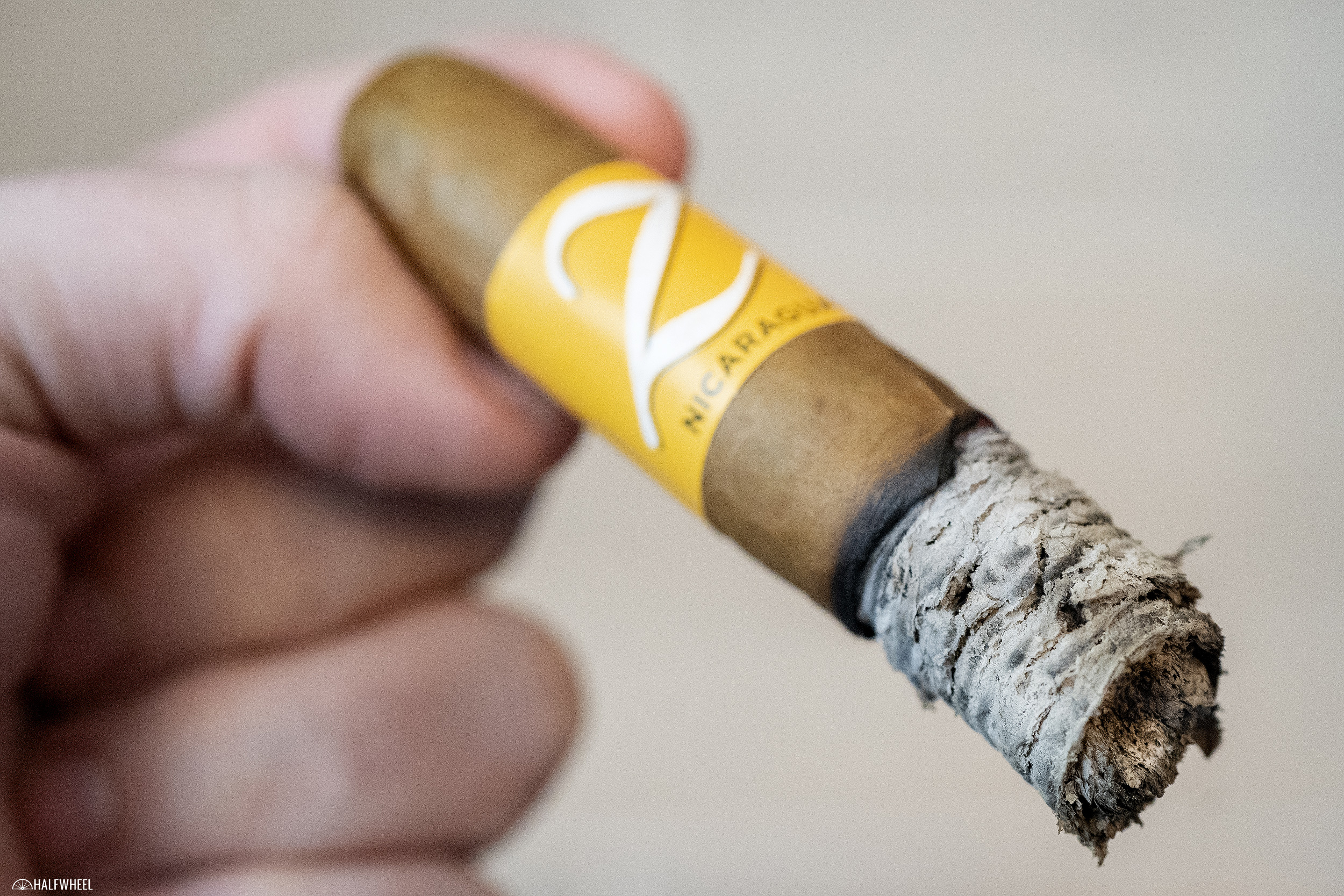 The most pronounced change that I pick up at the start of the final third comes by way of the retrohale, at it is now quite full and punchy by way of black pepper. As for the flavor, each of the three cigars sees changes, some more intense than others, which offers a bit of divergence in the experience, and sometimes the same cigar swings from very good to not so good in its final third. At its best, there are many of the same flavors from earlier but now arisen from the stewed flavor of the second third into a settled complexity that allows each to shine as well as showing how well things work together. At its rougher spots, there is a bit of bite in the back of the throat by way of the woodiness and Honduran terroir. Regardless of the sample, there is a building amount of that harshness as the cigar hits its final inches, getting to the point where it’s clear the cigar is ready to be put down with about an inch and a half left to smoke. Construction remains fantastic, with flavor finishing medium-full, body a hearty medium-plus, and strength rising to medium-plus. 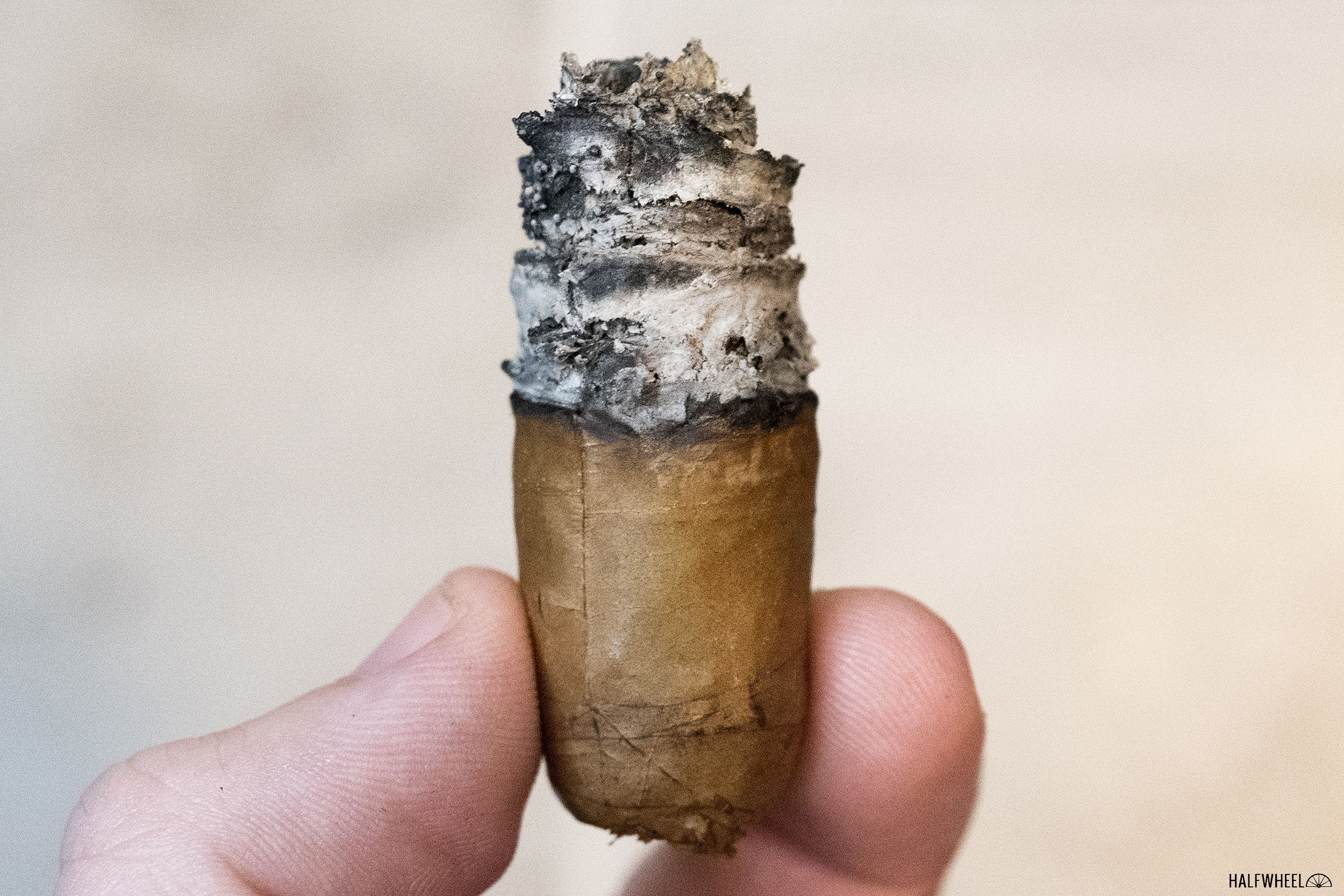 Having seen and smoked a good chunk of Zino's history and offerings, I was intrigued by what this new Zino was going to offer, though having thought of the brand as a premium offering in the past, this more wallet-friendly offering left a question mark as to what might be in store. The Zino Nicaragua Robusto more than met my expectations, exceeding them for probably 75 percent of the cigar while only falling short at the very end. And while we don't factor price into our scores or evaluations, knowing that this was performing well above the connotations of a cigar at its price point is even more impressive. This is certainly a cigar worth trying and one you might have adding to your humidor for an easy choice when you want a cigar or for when you want something flavorful and enjoyable for a guest. While the packaging and presentation may leave a bit to be desired, the cigar definitely delivers.