Following the release of both the Tennessee-exclusive Tennessee Waltz and the Hawaii-exclusive Paniolo Especiale 2015, Crowned Heads released a third state exclusive, this time a 6 1/4 x 54 box-pressed torpedo for Texas named Yellow Rose. All three cigars feature different colored foot bands made of ribbon, and all three cigars share the same blend: a Connecticut broadleaf wrapper covering binder and filler tobacco from Nicaragua. 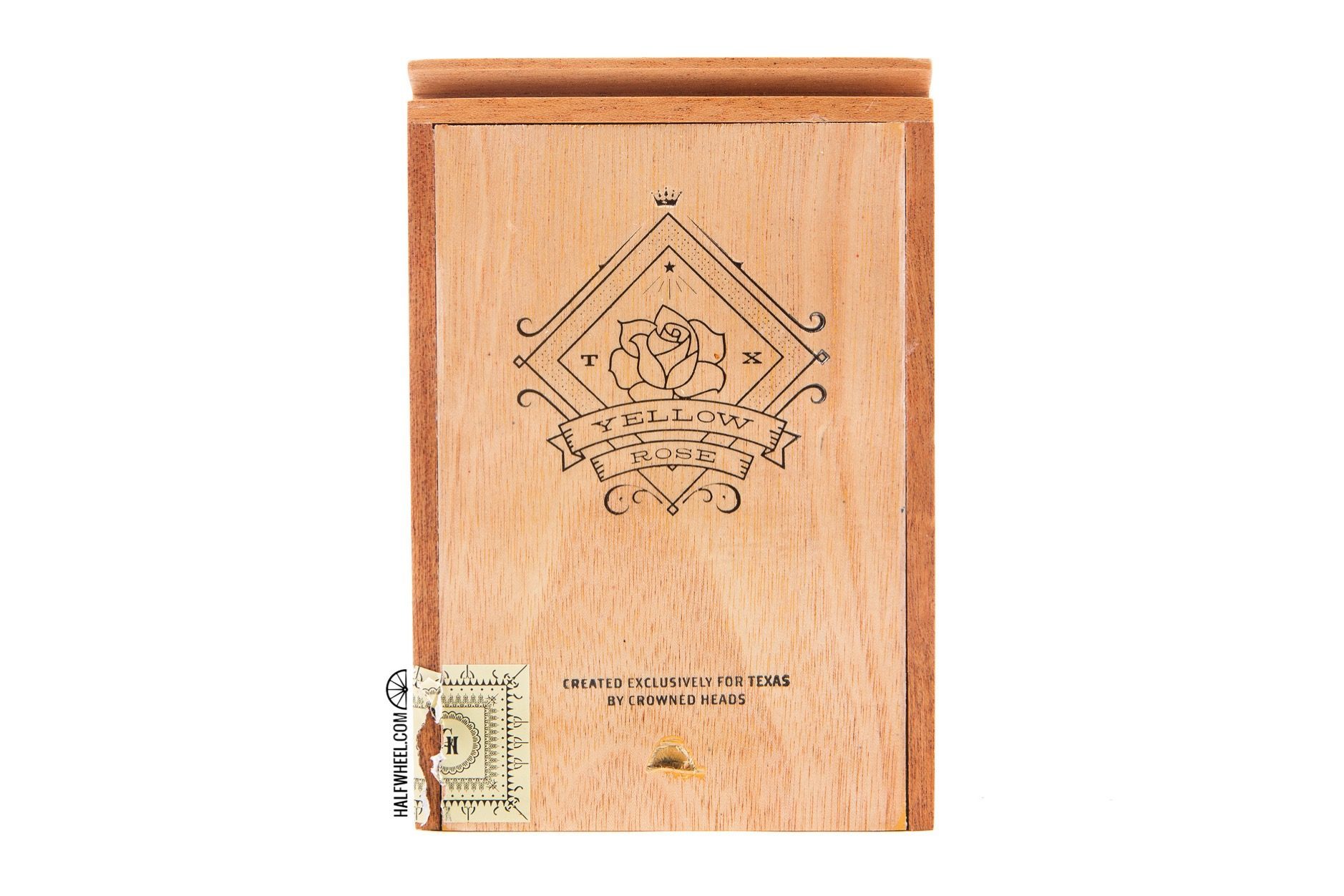 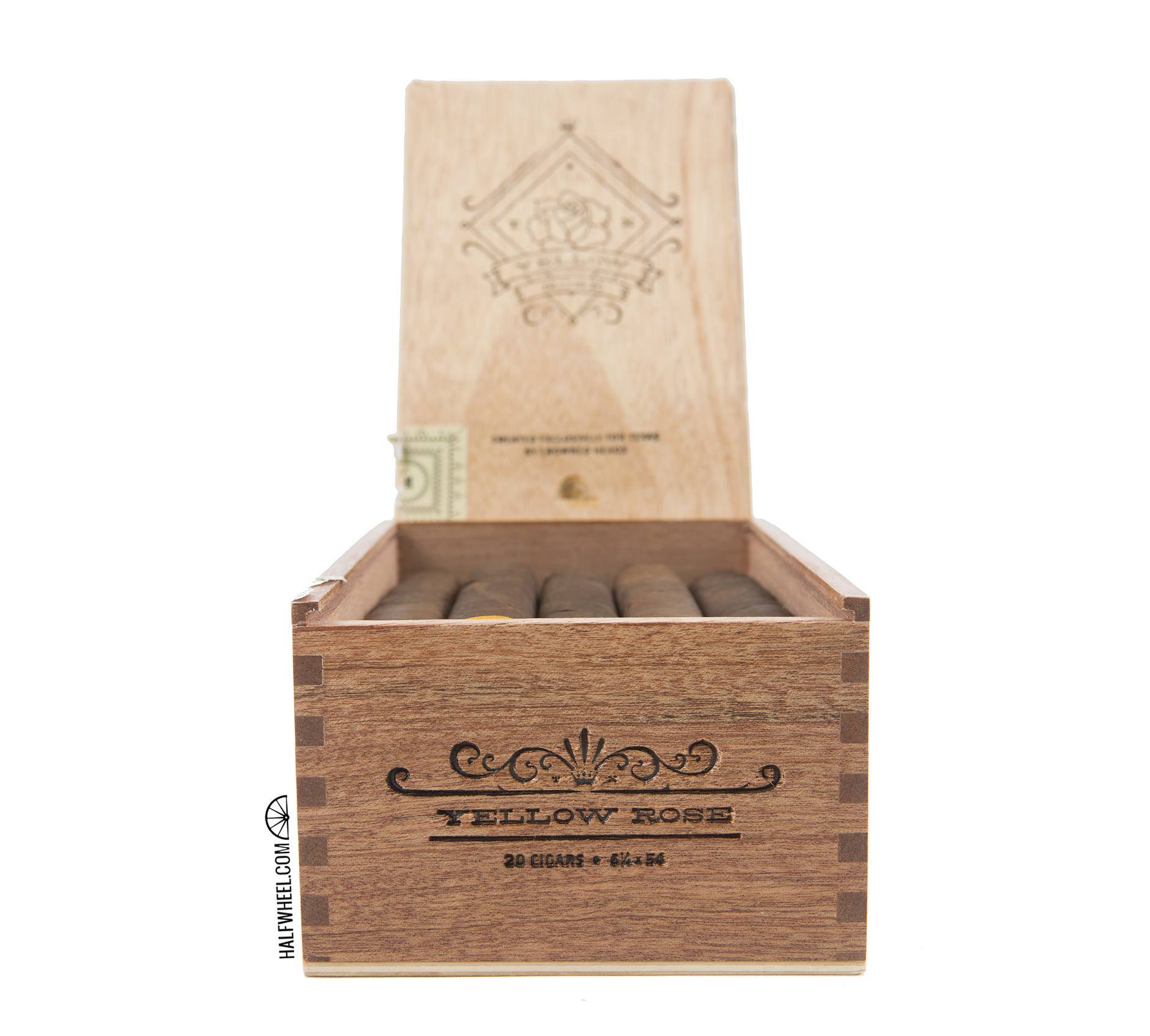 The marketing materials for the Yellow Rose release have this to say about the background of the name:

Yellow Rose is rolled at My Father Cigars S.A. in Esteli, Nicaragua and retails for $9.50 with boxes of 20, selling for $190. As with Tennessee Waltz, Yellow Rose will be made in small batches depending on production demands. 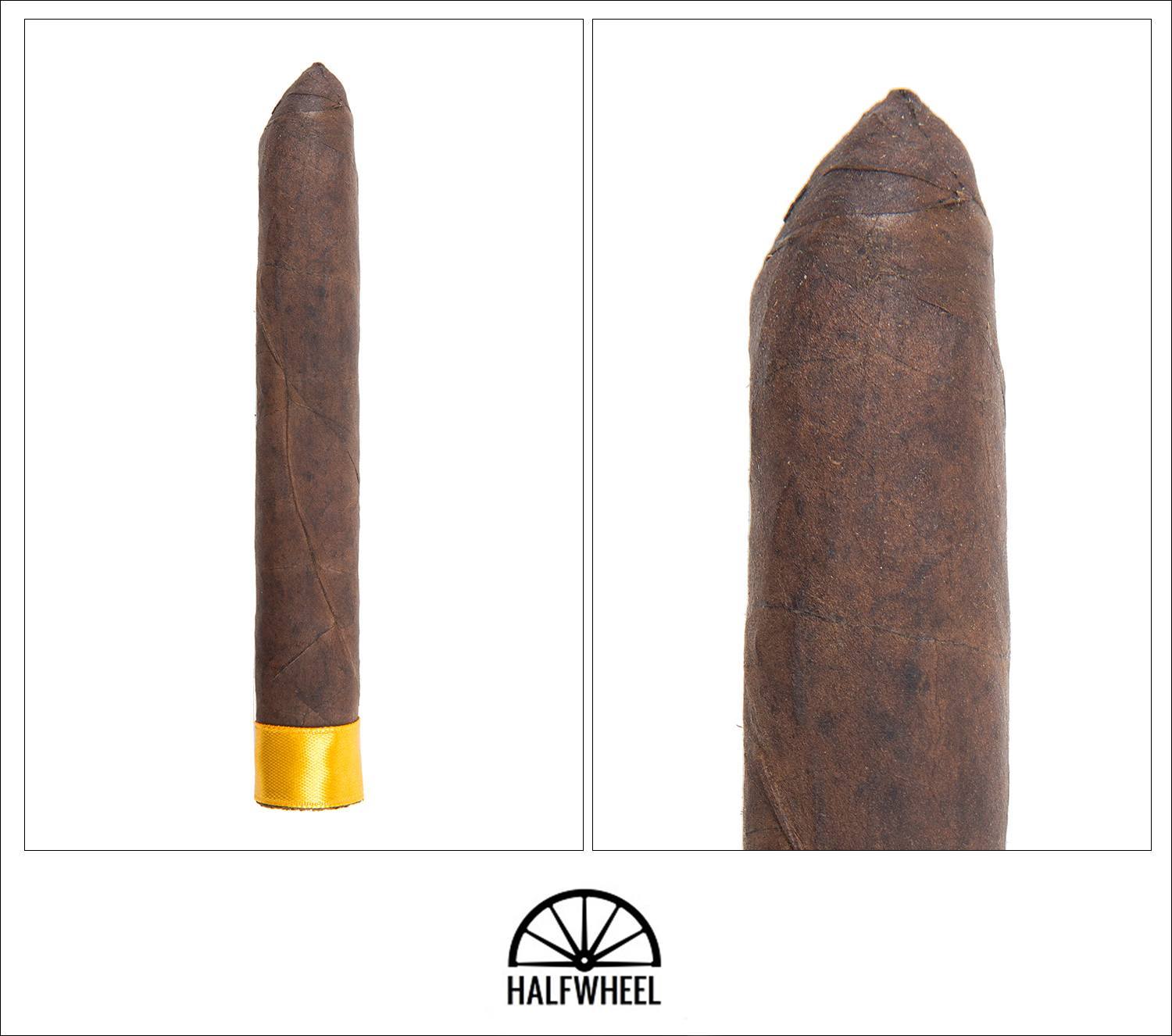 The Yellow Rose looks quite rustic from first glance, with a gnarly dark espresso brown wrapper that is both exceedingly rough to the touch and covered in a copious number of veins. It is actually a little more spongy when squeezed than I expected, and if there is any oil present, I can’t see it. Aroma from the wrapper is a combination of strong manure, hay, earth, sweet raisons and pepper, while the cold draw brings flavors of barnyard, baker’s spices, leather and oak, with a touch of spice on the tongue.

A dominant gritty earth note starts off the first third of the Yellow Rose, interspersed with flavors of anise, bitter espresso, hay, dark chocolate and leather. There is an interesting saltiness on my lips, and it makes for a very interesting combination in conjunction with the same raison sweetness from the cold draw that is present on the retrohale. The earthiness recedes after about 10 puffs, and I am left with more of a creamy leather note as the dominant flavor. While I am picking up just a little black pepper on the finish, but almost no spice at all. The smoke production is well above average and both the burn and draw are excellent. The strength makes it close to the medium mark by the time the first third comes to an end. 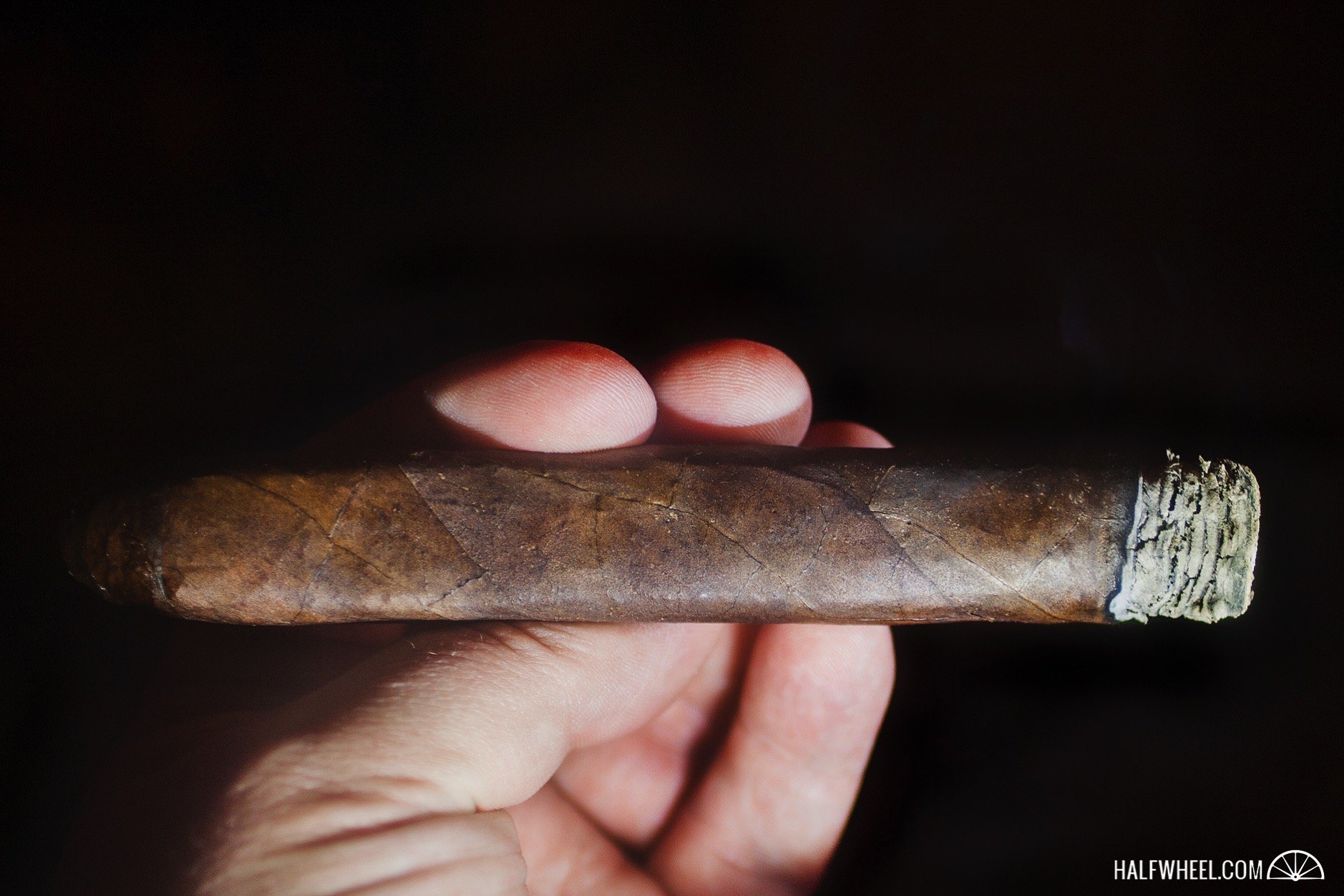 The earthy flavor is still present in the second third of the Yellow Rose, but it has taken a back seat to a interesting combination of creamy peanuts and smoky mesquite. Whatever spice was present is long gone. Other flavors of espresso, slightly tart citrus, leather, baker’s spices and cedar flit in and out, while the raison sweetness one the retrohale from the first third has morphed into a noticeably stronger vanilla note, joining a touch of black pepper. The construction continues to impress with and plenty of dense white smoke coming from the foot The overall strength has not increased much, but does hit a solid medium before the end of the second third. 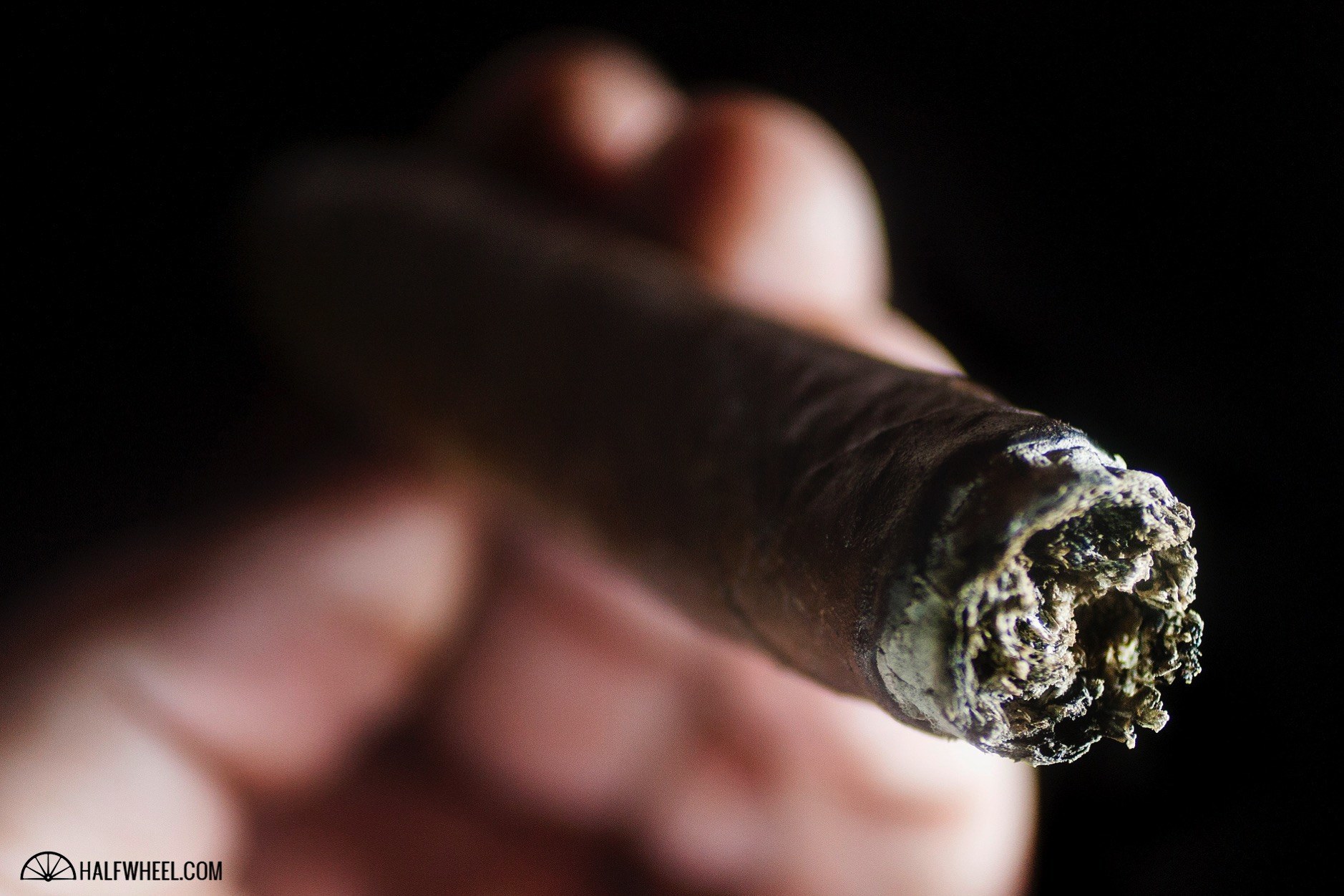 The final third of the Yellow Rose holds a few more surprises, with more of the same smoky mesquite note dominating until about halfway through, when a more tame creamy leather flavor taking over. There are other flavors of earth, espresso, dark cocoa, cedar and grass combine with a very slight meatiness that is only present on the finish. The vanilla sweetness on the retrohale is still going strong and the black pepper has actually increased enough to notice, although it is nowhere near an overwhelming amount. Both the burn and draw are still excellent, with just the amount of resistance on the draw and a burn that has only had to be touched up once. While the strength stalls out just a touch above the medium mark, the smoke production remains high until I put the nub down with less than an inch to go. 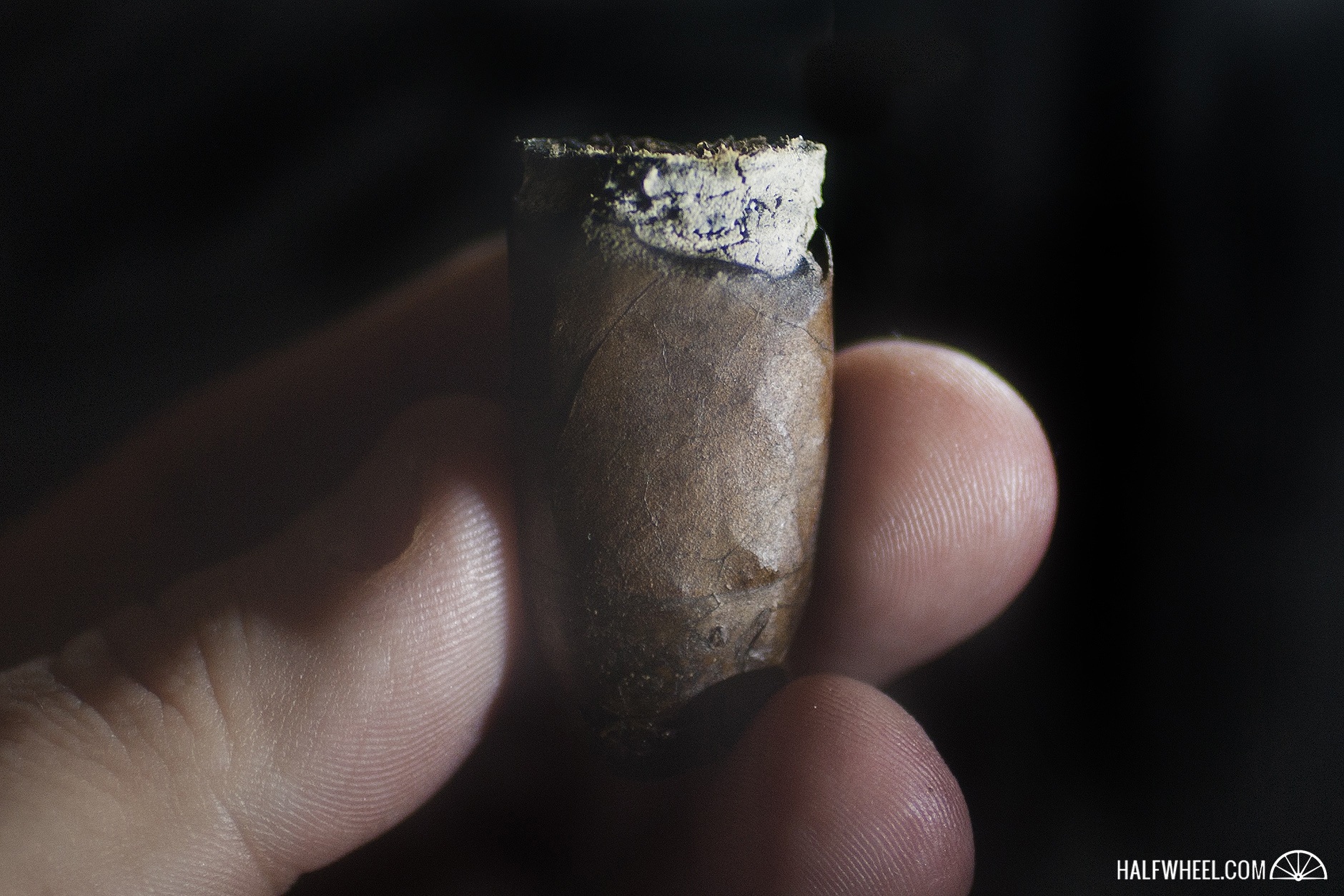 I have made no secret of the fact that I am a big fan of most of what Crowned Heads has released so far, and Yellow Rose is no exception. While the gritty earthiness of the Connecticut broadleaf wrapper does tend to overwhelm some of the other flavors at certain points — especially the first few puffs and at the very end — there are is still plenty of complexity in the overall profile. The middle third is easy the best of the cigar, with very distinct flavors and plenty of smoke production, while the construction was excellent for each of the three samples. Overall, another very good cigar for Crowned Heads, but I think I do like the Tennessee Waltz just a touch more.