Occasionally in one of our cigar reviews, the lineage of a cigar gets mentioned; for instance, the vast chain of Oliva Serie V releases or the offspring of the Tatuaje Thermonuclear that includes the T110, M80, Avion,  Avion Limited, Fausto and a handful of single store releases.

While it doesn’t get talked about much in the world of accessories, it certainly is no less prevalent. A single flame turns into a double and then a triple; a design gets improved on by moving a mechanism or adding a better finish — in some words, you could call it changing and evolving the blend of an accessory. Straight guillotine blades get serrated, a v-cut offshoot emerges, better functionality at higher altitudes becomes a selling point.

The recently released XIKAR Xidris doesn’t come with a spelled out lineage, but followers of the brand should see connection to two of the company’s other lighters, the XTX and Allume. All are side squeeze models with similar, elongated oval shapes. While the XTX and Allume resemble each other a bit more, it’s not a stretch to see how the Xidris fits into the family.

A bit taller and more slender than the single flame version of the Allume, the Xidris is both sizable and hefty in the hand, measuring just over 2 1/2 inches in height, 1 1/2 inches wide and about 5/8 of an inch at its thickest, while checking in at 3.2 ounces on the scale. It’s pocket friendly but not small enough to be pocket forgettable, and I found it easily fit in my five-count travel humidor.

The Xidris may well be one of the simplest lighters to use; the side squeeze ignition is a true all-in-one mechanism as it pulls back the protective lid, starts the flow of butane and ignites the fuel in one easy motion. The ignition lever utilizes a honeycomb traction pad to increase grip, and while it isn’t slip proof, it does seem to add a bit of stability to the process.

Like the Allume, the Xidris won’t ignite when it is inverted and generally won’t ignite when the lighter is at more than a 90-degree angle. There’s no other safety feature or ignition lock on the lighter, so care should be exercised when it’s in your pocket or should it get into the hands of little ones.

Once engaged, the Xidris produces a sharp, almost piercing single jet torch flame that is impressively accurate and efficient in getting cigars lit. The size of the flame is easily adjusted via an oversized wheel on the bottom of the unit, and even at its most open setting, the Xidris produces a very manageable and consistent flame with no burps of flare-ups. 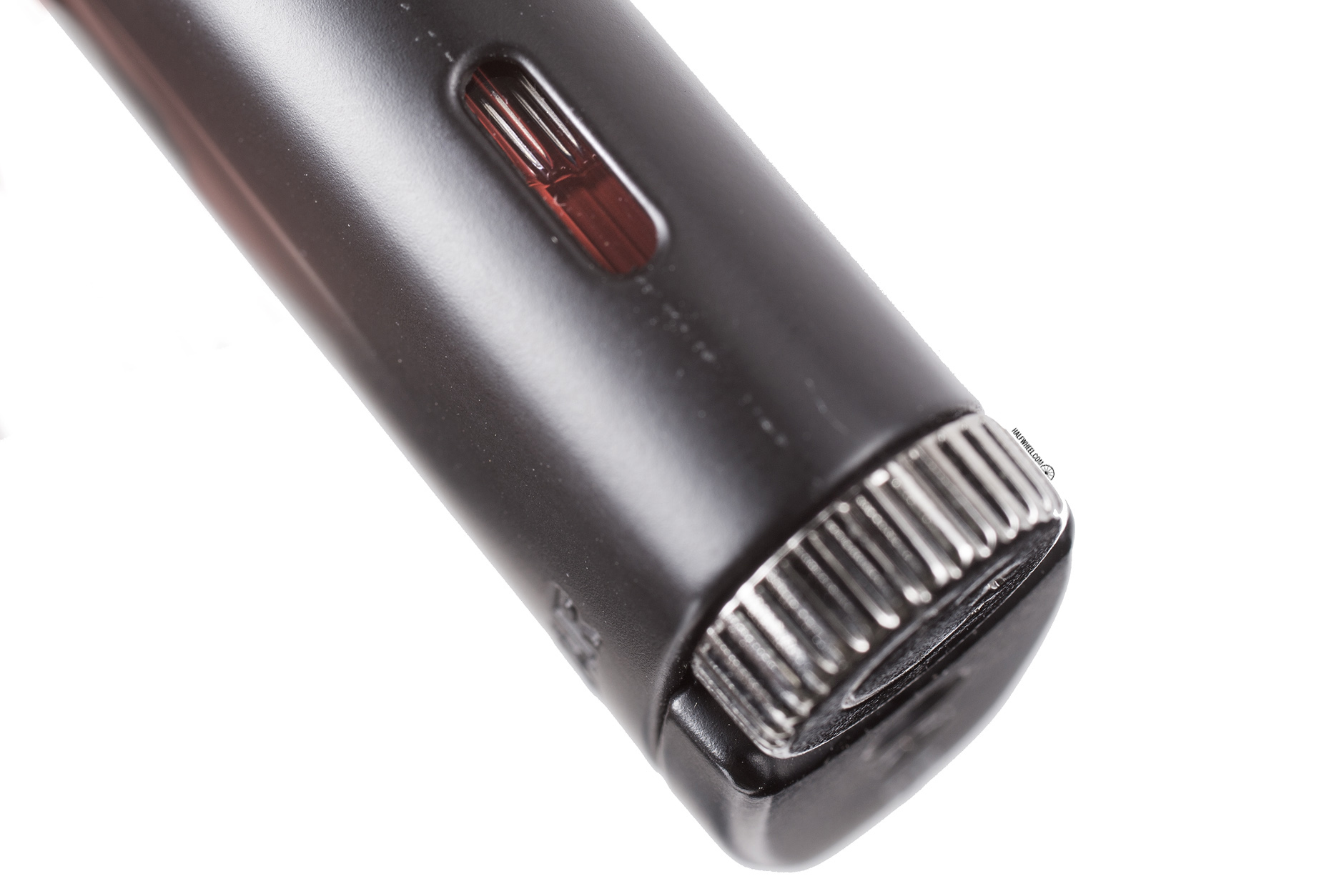 Refueling is also done via the underside of the lighter, as the familiar-looking fuel valve is located next to the flame adjustment wheel. A visible fuel window on the side of the lighter shows how much you have left, with a red background to aid in the visualization of the clear butane. The tank is respectably big given the compact size of the lighter, and should easily make it through five or six cigars before needing to be topped up.

Through several weeks of daily usage, the XIKAR Xidris has performed quite well, and this is something I feel like I need to give the company particular credit for, as I have been less than pleased with the first batches of its new products. From the 5×64 Turrim to the Allume, I consistently found myself running into problems after what I would consider to be regular if maybe slightly more heavy than regular use, so much so that it has become a running joke about how long it will take me to break a lighter I am reviewing. The Xidris has bucked that trend however, and I am glad to be able to say so. 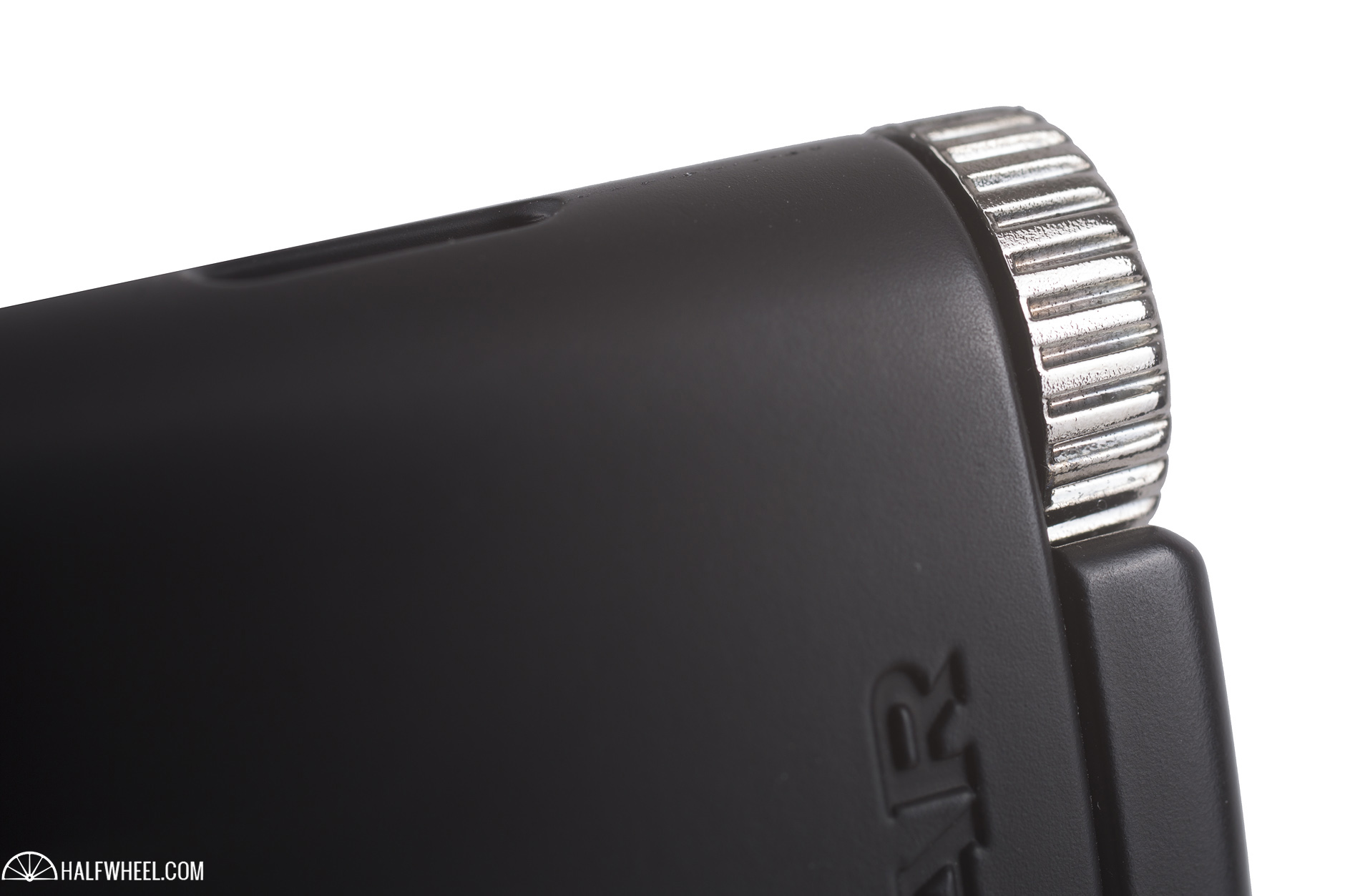 As long as I have had the fuel gauge turned within a quarter turn or so of completely open, the lighter has performed flawlessly. The body feels stable, and there are no parts coming loose or having me otherwise question their durability.

If I have to be critical about something, it’s the fact that the Xidris doesn’t do a quite perfect job of keeping my fingers protected from the heat. While I fully understand that lighters will get hot, in the case of the Xidris it is particularly noticeable on the side opposite the ignition, and in particular where my index finger rests to provide balance and an opposing force against the lever that keeps the fuel flow engaged. Moving my finger down a bit does mitigate a bit of the heat, but also makes me feel less in control of the lighter, which isn’t exactly ideal when holding something capable of putting off a very hot torch flame. 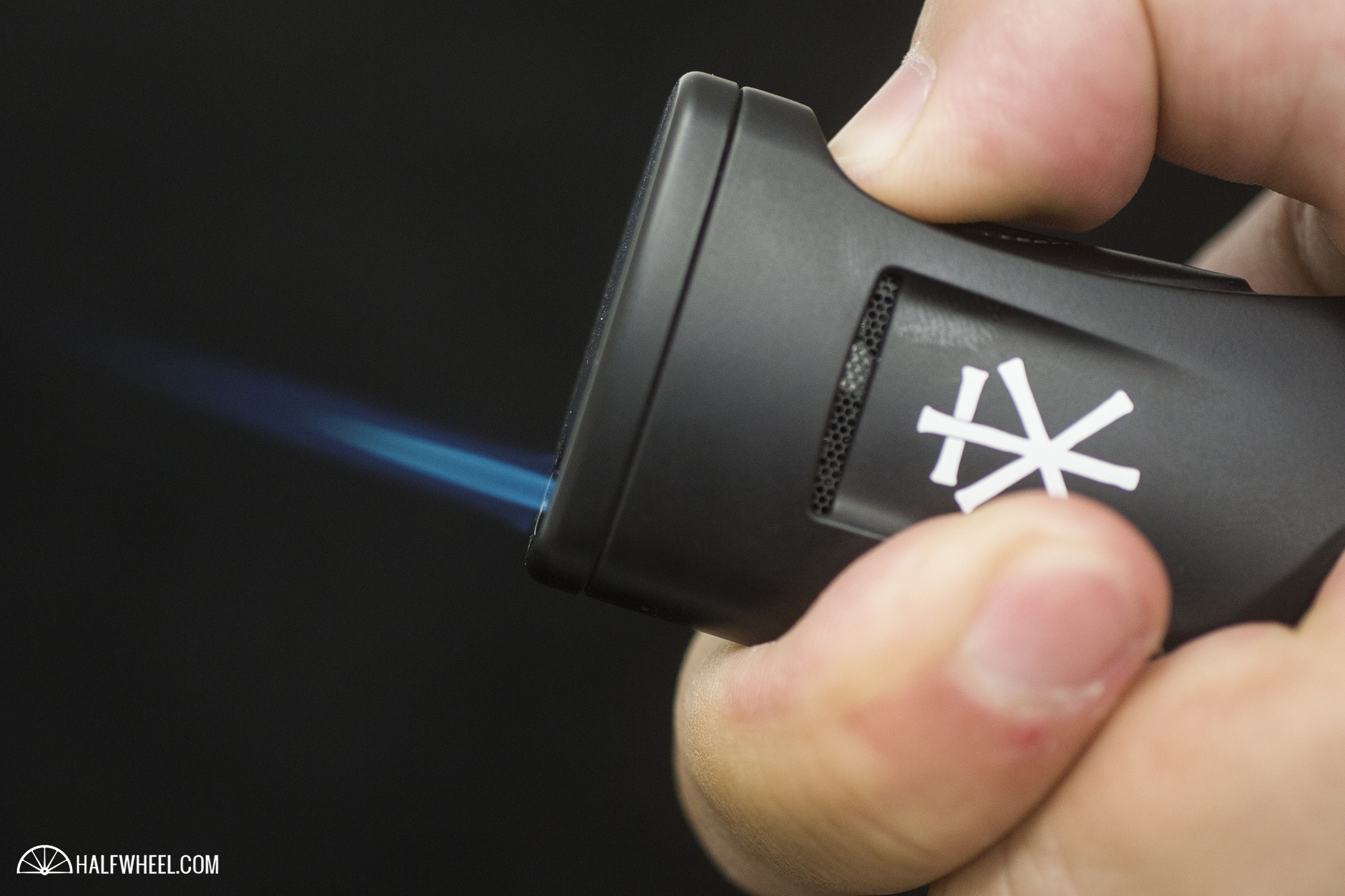 That said however, it takes quite a bit of time for the lighter to get hot enough to really become hot to the point of discomfort. In most applications, I can easily light a cigar and then put the Xidris in my pocket with no fear of my pants catching on fire.

By now you may be asking ourself just how much difference there is between the XIKAR Xidris and another lighter that feels fairly familiar, the XIKAR Allume. Other than $10 more and being available in slightly different colors, the Xidris is slightly bigger, but beyond that much of the action is nearly identical.

But more importantly, the Xidris seems to build off the redesigned Allume that was announced just 10 months after the launch of the original, which was plagued by a number of mechanical and cosmetic issues. The flame and adjustment knob were moved off center and to the side opposite the ignition, a design aspect that is shared with the Xidris. It’s a design that works and works well–my above gripe notwithstanding—and quite arguably better than the Allume. If it were between the two, I would take the Xidris every time based on my experiences with both. 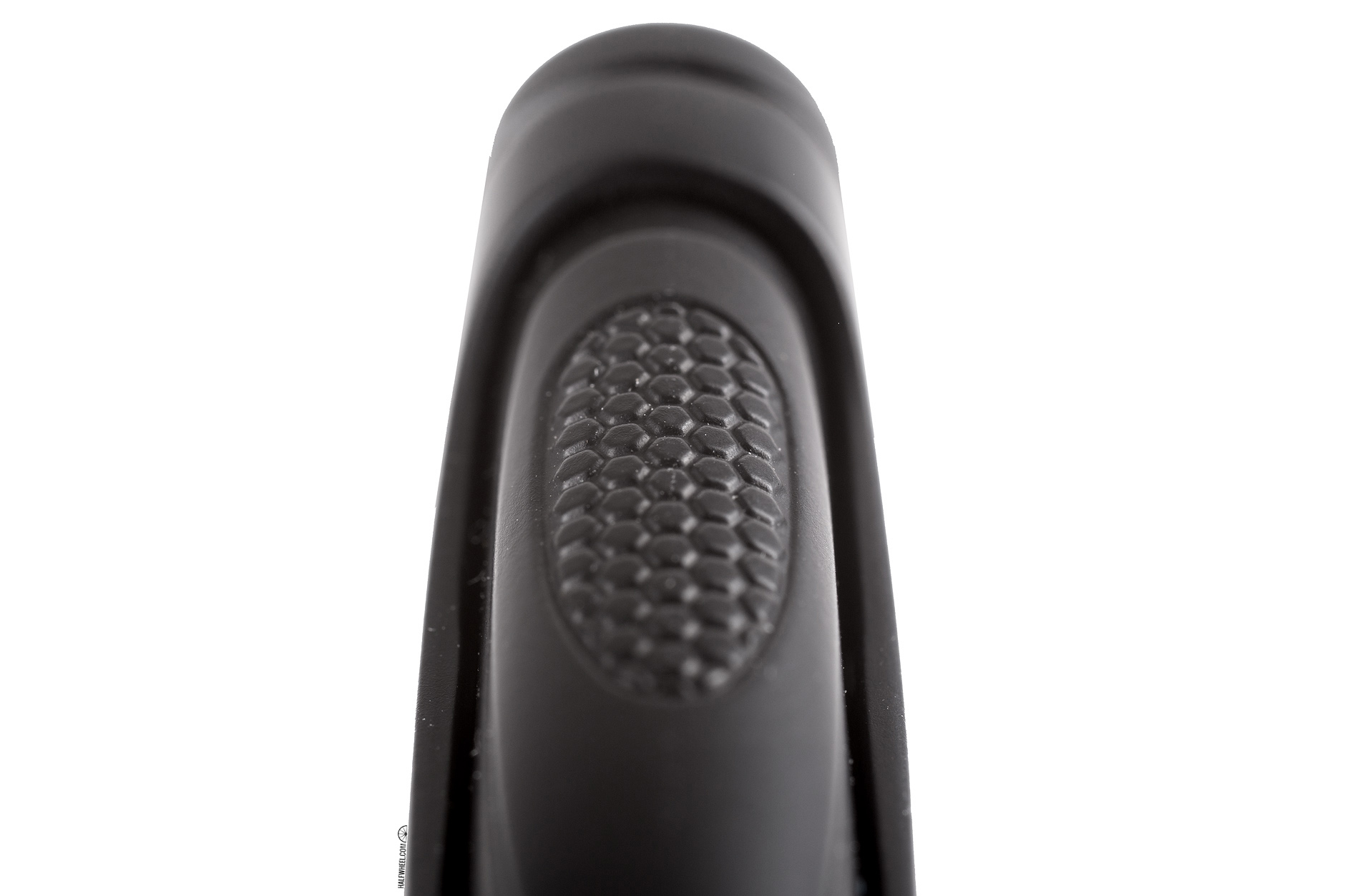 It remains to be seen whether the Xidris adds a dual and triple flame version like the Allume did, but the stage certainly seems to be set for XIKAR to do so. While I generally don’t use single flame lighters, the Xidris performed on par with the best of those that I have used and the ones that I favor, and as such seems destined to be one I will keep in as much of a regular rotation as I can. I’m intrigued to see if double and triple flame versions are in the works, as a two-jet version could become a serious contender for everyday use.

The lighter used for this review was purchased by halfwheel as part of RoMa Craft Tobac’s Monolith release.