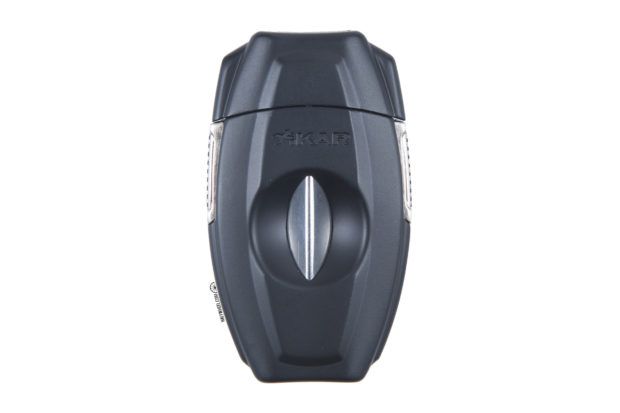 During the 2017 IPCPR Convention and Trade Show, XIKAR showed off a bigger brother to its VX, appropriately named VX2 V-Cut.

While it still uses the reverse stainless steel v-cut blade XIKAR popularized, the new cutter promises deeper cuts and the ability to handle cigars up to 64 ring gauge.

The XIKAR VX2 V-Cut is available in four different color finishes: black, gunmetal, red and silver. Each cutter is sold for $49.99 regardless of finish color and comes enclosed in a separate XIKAR branded box. Like the VX that shares its name, the VX2 features a reverse v-cut that was engineered to avoid wrapper damage when the cigar is cut.The inverted blade cuts cigars at a 90° angle, which the company states was specifically designed to deeper cuts in larger ring gauge cigars while at the same time being able to cut too deeply into the caps of smaller ring gauge cigars.

The first time you pick it up, the cutter is both heavier—in fact, it weighs exactly 113 grams—and more substantial in your hand than you might think, almost like you are carrying around a small, smooth brick. The black matte finish—which sometimes looks more grey, depending on the light—on my sample looks amazing and contrasts well visually with the steel that is used for the blade in the middle and the blade release buttons on either side. However, perhaps the most unique thing about the overall appearance is that both the back and the two release triggers are pebbled, a very cool look visually, especially compared to the smoothness of the finish that is used on the front of the cutter.

In terms of operation, the stainless steel blade is opened by squeezing the two triggers located on either side of the cutter, which releases the spring loaded section upwards. You then put the cap of the cigar into the deep indention and push down on the top section, which results in a smooth motion that forces the actual cutter itself through the cap of the cigar. As the blade cuts through the cap and comes to the end of its journey, it locks in place with an audible click and stays that way until you squeeze both triggers again. 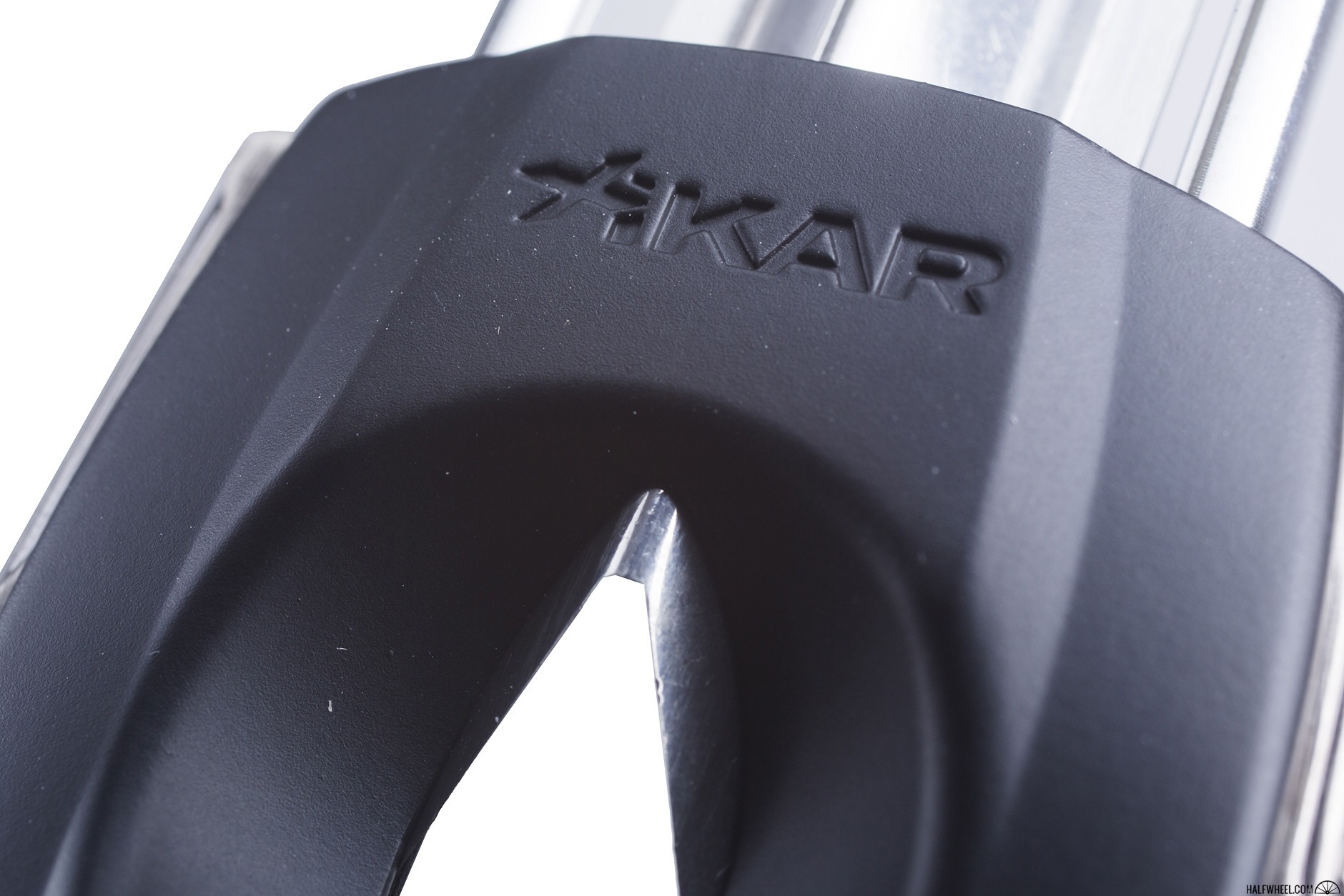 There are a number of really great things about the cutter, starting with the obvious durability factor: this thing is built like a tank, and shows virtually no outward sign of the multiple times it has been used, nor the many times it has been dropped, kicked[ref]Editor’s Note: I have no clue what’s going on either.[/ref] or had liquid spilled on it. In addition, the blade is as sharp as the day I took it out of the box to photograph it and the sliding mechanism for the blade is showing absolutely no slippage whatsoever when it is closed.

The blade is one of the sharpest I have tested on a v-cutter, and had no issues cutting any cigar I put into it. The resulting cuts on the cap were sharp and clean, and don’t remember one time when I ended up with a piece of tobacco in my mouth. I did test it with a 70 ring gauge cigar to see what would happen since the company says it only cuts up to 64 ring gauge, and while the resulting cut was obviously more shallow, it was still easily smokable. In addition, while I was concerned that the verbiage about the 90 degree angle was all marketing speak, I was really impressed with the cuts this cutter gave me. Although deeper than I prefer, the draw that ended up with on virtually every sample were not as open as I feared, a problem that I had with the Colibri V-Cut. 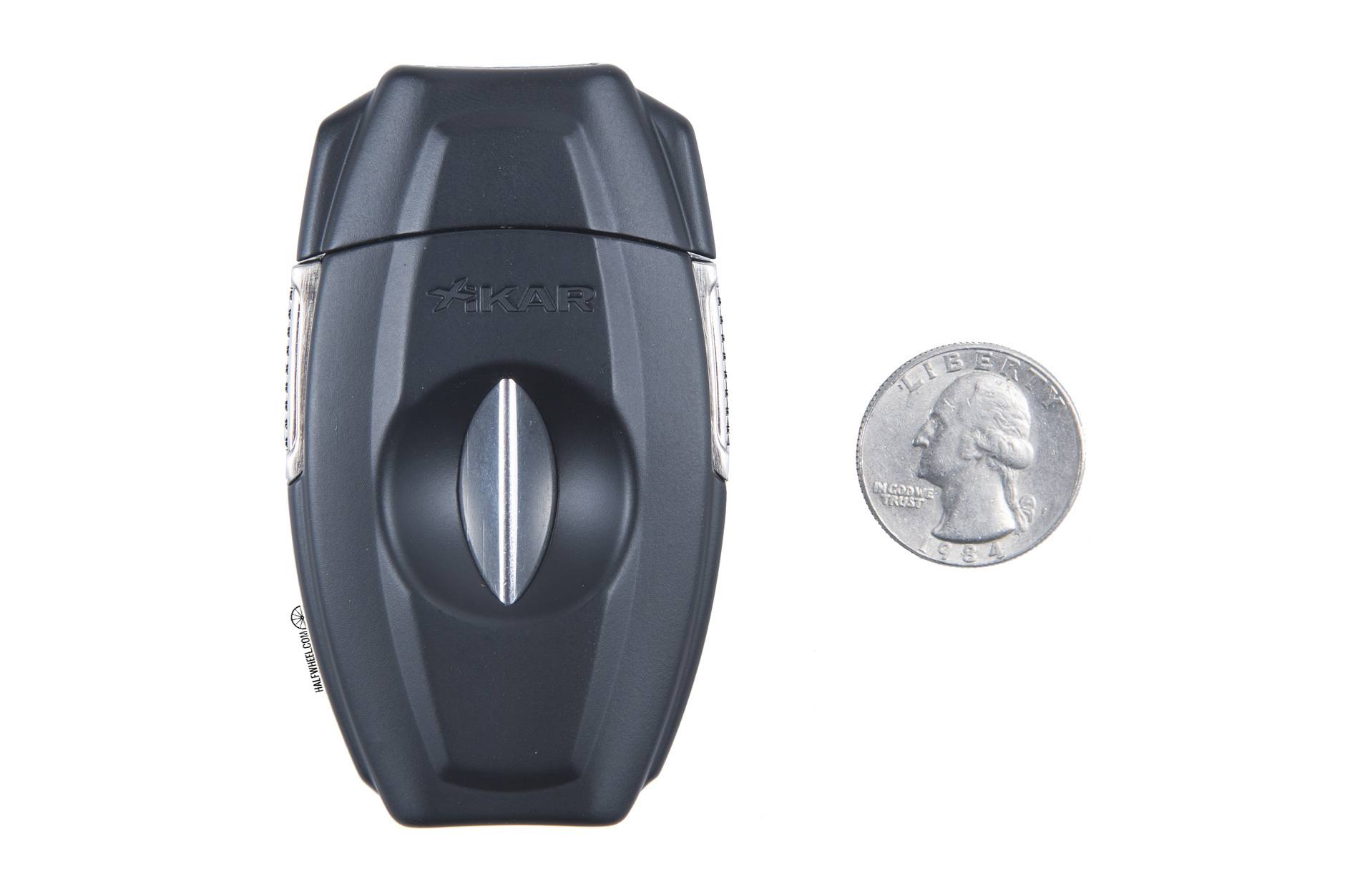 Like the majority of XIKAR cutters, the VX2 V-Cut has notches cut into the blade trench, which allows you to use the cutter as cigar stand. This is a feature that I first thought was pretty pointless, but is now something that I find myself doing more and more when using the company’s products.

As with all XIKAR products, the XIKAR VX2 V-Cut comes with a lifetime warranty. This means that if the cutter is no longer working to your desired performance, take it to a local XIKAR retailer and they should swap it out with a new one if it’s in stock. Alternatively, you can send it to the company who usually returns the products in less than two weeks. 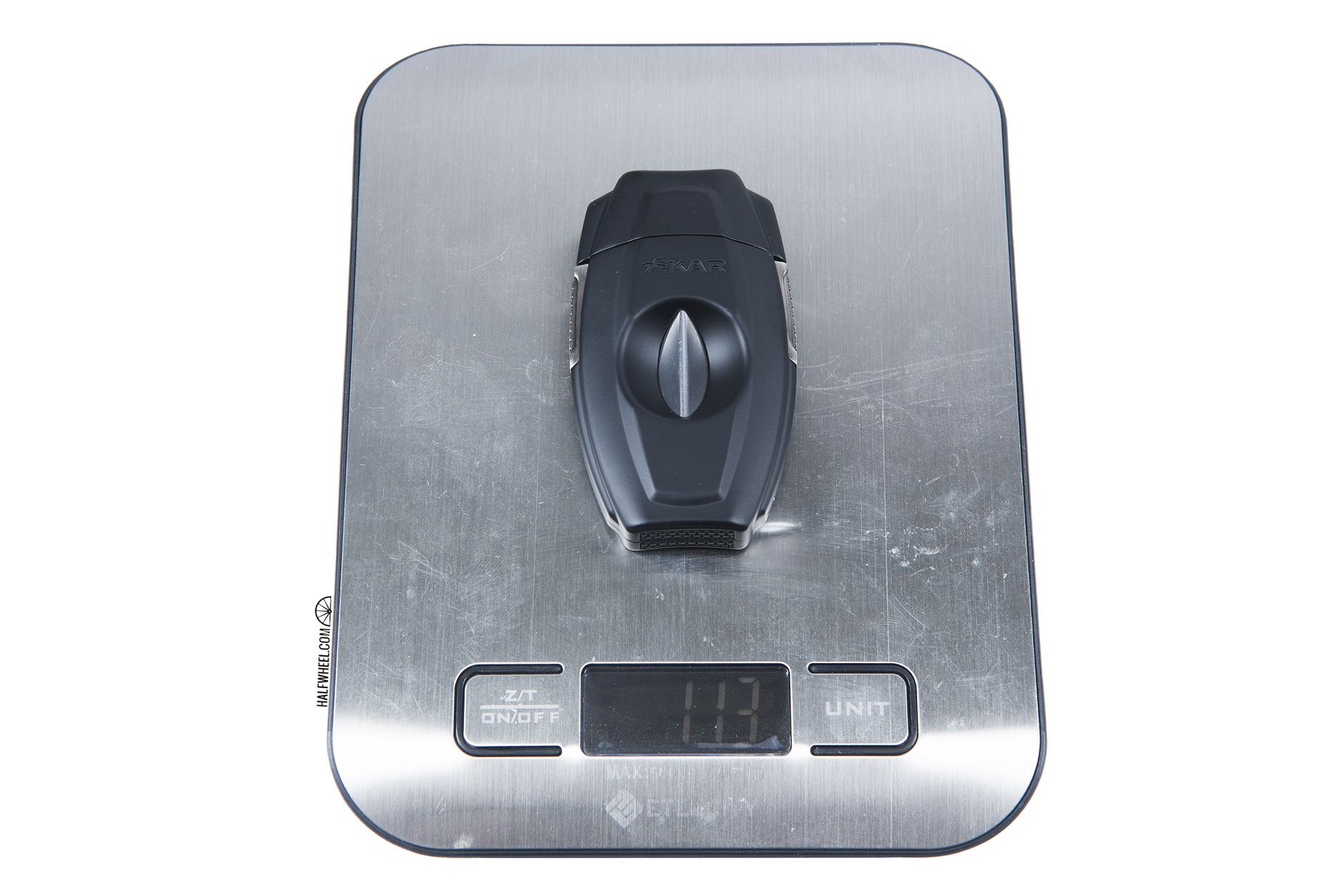 Having said all of above, there were some minor issues with the cutter as well, starting with the triggers that you squeeze to release the blade: they are not overly easy to push, and they only work if you squeeze the top half of them together—squeeze the bottom half of the triggers or just one at at time and nothing happens. While you would think that it would be something you would learn fairly quickly, there were many times that I picked up the cutter while thinking of something else, tried to trigger the blade, and failed miserably until I realized what was happening.

Additionally, much like the Colibri V-Cut, the weight of the XIKAR VX2 V-Cut is something of a double-edged sword: while the weight does help with stability when actually cutting cigars, it is also just too heavy for me to carry around in my pocket without constantly thinking, “Wow, that cutter is damn heavy!”

Although there were no issues with the blade mechanism opening, there were times that the blade became stuck when returning it to a closed position. This became less of an issue the more I used it, but even at the end of the testing period, it happened every once in a while. 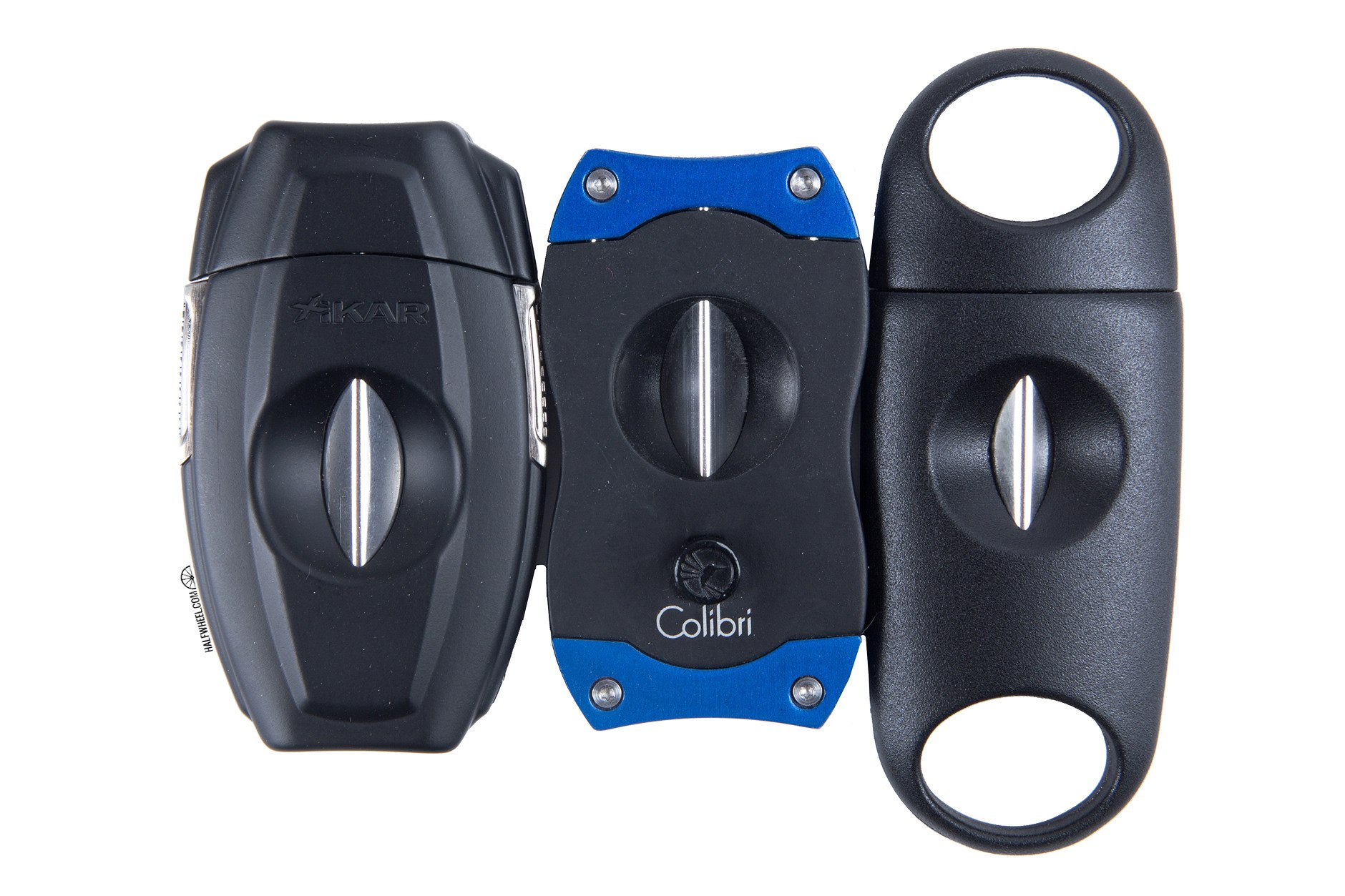 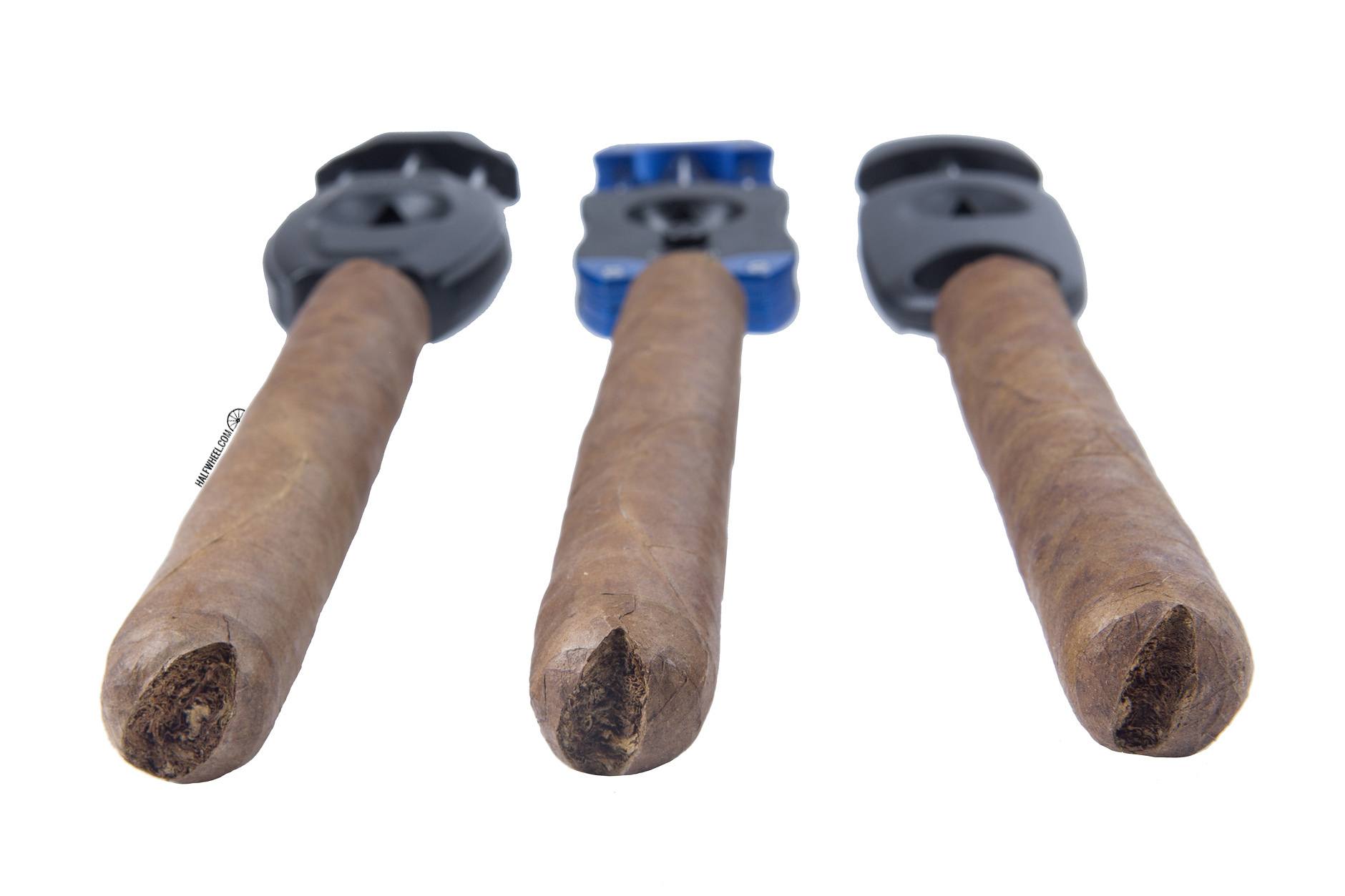 Compared to its smaller brother, the XIKAR VX ($49.99/$59.99), the XIKAR VX2 V-Cut is simply better built. Having said that, I do find that the XIKAR VX is a bit easier to use, quite a bit lighter to carry and I prefer the more shallow v-cut that it provides compared to the noticeably deeper cut on the VX2. The Colibri V-Cut has a similar blade release action and costs $10 less than the XIKAR VX2, but only guarantees the product for two years whereas the XIKAR features a lifetime warranty. Finally, there is the Vertigo Victory V-Cutter: while it is significantly cheaper at $9.99, the blade is even close to as sharp as the VX2, and unlike the XIKAR, actually becomes more dull with repeated use.

After repeated use for almost two months, the XIKAR VX2 V-Cut has absolutely no sharpness issues, still opens with a loud snap every time I squeeze the triggers and the spring loaded blade of the cutter is not even close to slipping when closed. Both the pebbled back and the smooth front have a few minor scratches, but nothing that I would consider severe, and it has been carried around in my pocked with keys, dropped multiple times and dumped into my laptop bag more times than I can count. In addition, while I am usually not a fan of deeper cuts—which this cutter was specifically built to provide—the angle of the cuts it provides seems to mitigate any major issues with the draws being too loose. In short, the XIKAR VX2 V-Cut has just about everything going for it in terms of actually cutting cigars, and as long as you don’t mind the very obvious weight, would make a great addition to anyone looking for a more robust v-cutter under the $50 price point.

The cutter for this review was provided by XIKAR.