What happens when you take XIKAR’s popular VX V-Cut Cutter and put it on a keychain—you get the XIKAR VX Key Chain cutter. Later this month at the 2014 IPCPR convention and trade show, the Kansas-based company will introduce a new version of its reverse v-cutter, which features a keychain attachment and a smaller profile. 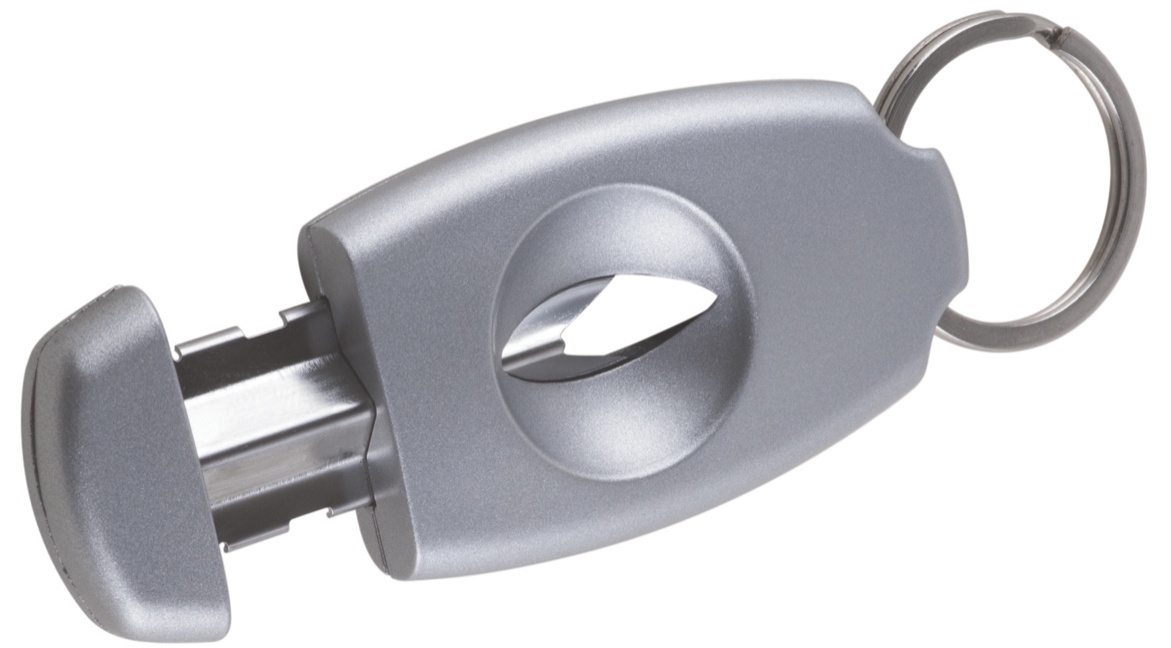 The new design removes the finger holes from both sides of the cutter, although the key loop serves a similar profile. In addition, a locking mechanism has been added to the tracks of the blades themselves to prevent the cutter from accidentally sliding open.

Like the original model, the XIKAR VX Key Chain cutter will accommodate cigars up to 64 ring gauge, features a contoured aluminum body and most importantly, the reverse stainless steel v-cut blade. Traditionally, v-cutters make contact with the cigar via a centered triangular point. XIKAR’s design reverses that with the outer edges first making contact and the middle portion being the last area to touch the cigar. The change is said to reduce tearing of the wrapper.

It will be offered in three colors—black, gunmetal and silver—with a suggested retail price of $44.99, a significant savings compared to the original model which carries an MSRP of $54.99 for similar finishes or $64.99 for mesh options.