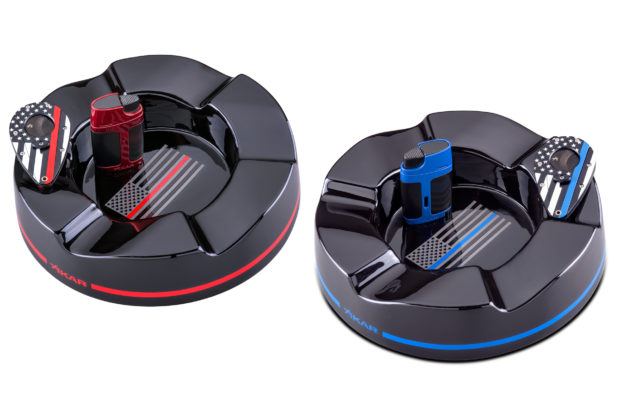 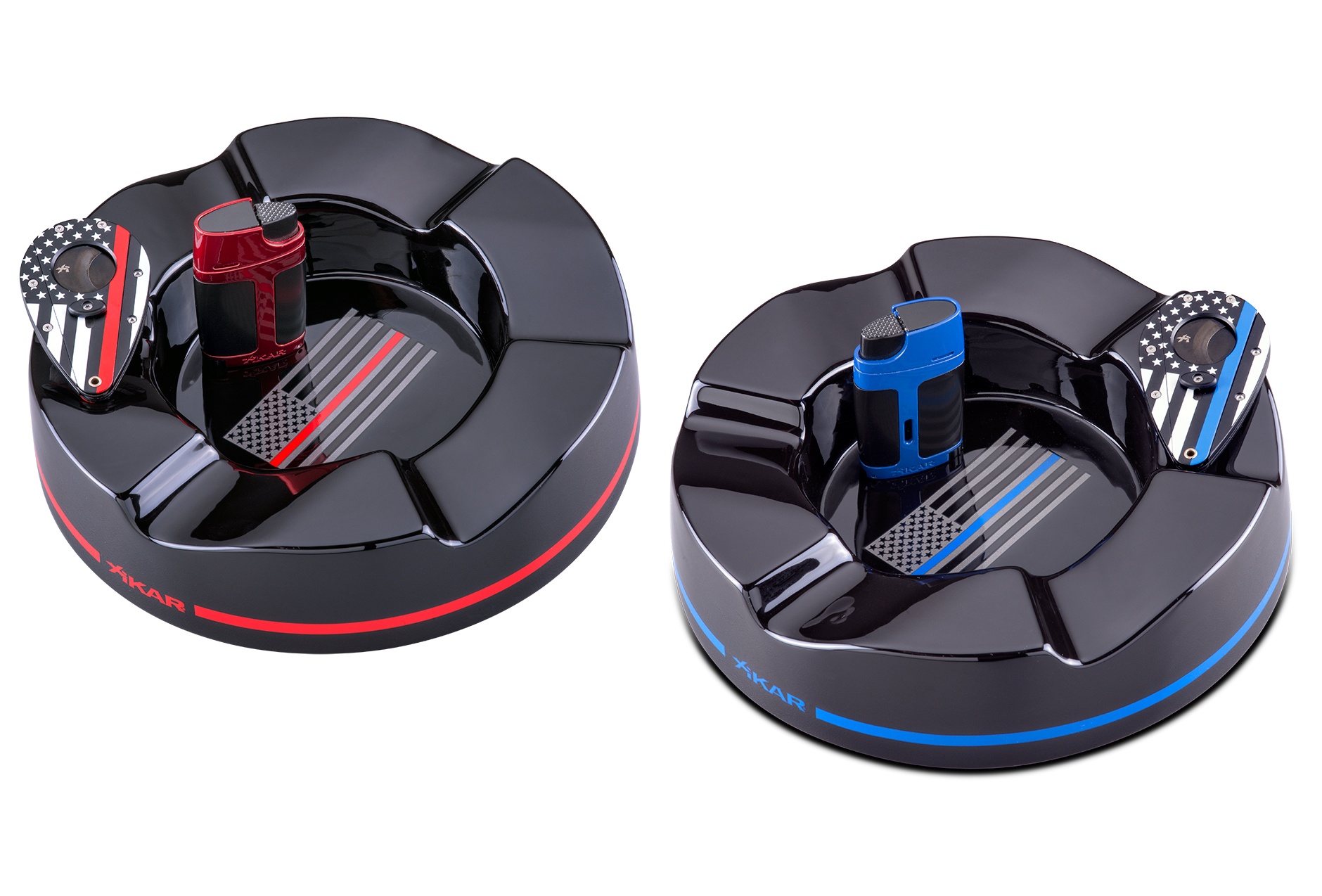 Dubbed the Red Line Set and Blue Line Set, each contains the company’s Xi1 cutter with black blades, an ELX lighter and New Wave ceramic ashtray. Both the cutter an ashtray feature the United States flag in black and white with either a blue or red stripe, while the ashtray adds a corresponding single stripe around the base.

XIKAR produced just 500 of each version of the set, which each sell for $179.99. While designed to be sold as a set, XIKAR is allowing stores to sell them individually.