Start up a discussion about lighters and utter the phrase triple flame, and it would seem that almost without fail, the visual in everyone’s head would be of a torch lighter, as well it should. However, there’s a soft flame lighter fighting to be part of that triple flame club.

In May 2020, XIKAR announced the Meridian, a triple soft flame lighter.

There are three separate streams of butane under the burner plate that combine to form an oversized candle-style flame. The lighter itself is an elongated, nine-paneled metal body, with a prominent roller cylinder front and center that is used to spark those three flames.

The lighter also offers a large, red-tinted fuel window on its rear face and an oversized flame adjustment wheel on its base. Additionally, the flints are user-replaceable by way of a small mechanism near where the flame comes out.

There are six different color options.

A set of 10 replacement flints costs $4.99, though as of this writing, they have not yet arrived at retailers due to shipping delays attributable to the COVID-19 pandemic, though they are said to be close. As with all XIKAR products, the Meridian comes with the company’s lifetime warranty. (Update: As of Aug. 17, 2020, the replacement flints have begun shipping.)

In a nutshell, flip open the lid to start the butane flowing, then give the cylindrical ignition a solid spin to the left. As long as there is butane in the tank, you will then get an oversize soft flame, the result of three traditionally sized soft flame butane lines coming together for a noticeably bigger flame. The phrase triple soft flame sums up the biggest selling point of this lighter, and while there is just one flame, it is noticeably bigger than what you will find from other soft flames. It is the result of three heating elements that are angled to create the large, singular flame.

Beyond that, the oversized flint wheel is a standout, arguably the easiest-to-light soft flame on the market. 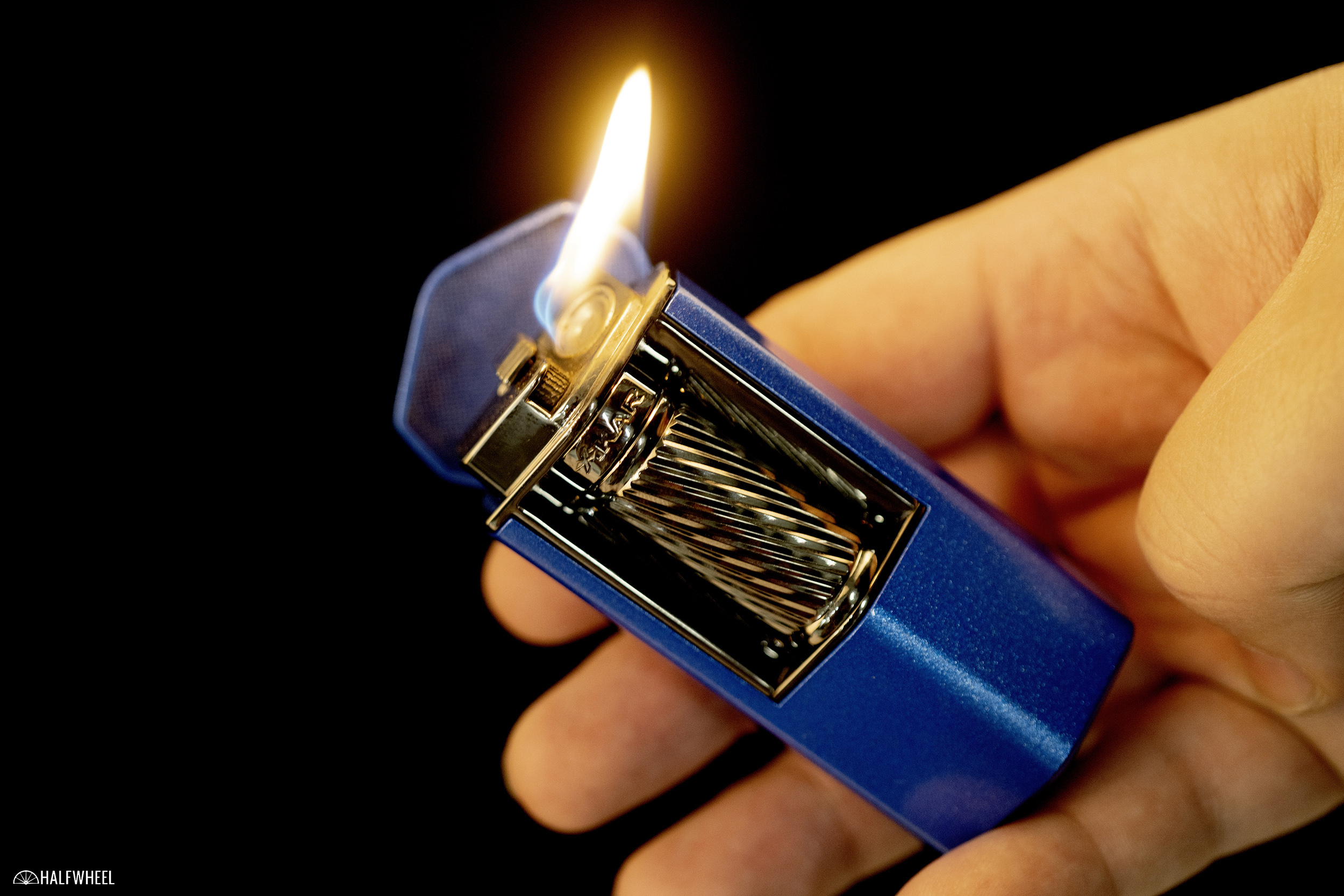 ARE THREE FLAMES BETTER THAN TWO?

There are soft flame lighters that use two flames to create a bigger overall flame, so it’s worth asking if that third flame makes that much of a difference.

I’d say it does, as it definitely adds more firepower to your task of turning a non-combusting roll of tobacco leaves into a combusting one. How much of a difference is more of a scientific undertaking than I wanted to undertake and the subjective benefit will largely be tied into how comfortable you are with the price; that is, how many seconds are you willing to save in exchange for paying a premium of $50 to $100 for this lighter? With more flame comes more the risk of charring the sides of the cigar, but that was one thing I can’t say I experienced.

If you know how to handle a soft flame anyway, having that extra flame shouldn’t present too much of a learning curve, while delivering some noticeable benefit. The XIKAR Meridian is a rather new and innovative product, meaning its competition is fairly limited to lighters that attempt to offer a larger flame or a premium-priced design. While there are a number of traditional soft flame lighters available at a range of prices, there are a few that are a bit closer to being head-to-head competitors for the XIKAR Meridian:

COULD THIS BE YOUR ONLY LIGHTER?

If: you never smoked outside; you never smoke in a breezy environment; you are fairly patient with how you light your cigars. You could also listen to vinyl records instead of streaming music. It’s a choice to use something like a soft flame lighter, generally done to enhance the ritual of lighting a cigar while using something that doesn’t reach four digits of temperature. That said, the versatility and convenience of a torch lighter—for me, a single flame version works just fine in seemingly every circumstance—makes it hard to say you should pick anything other than that if you only had to have one lighter.

If I only had to have one lighter and it had to be a soft flame—assuming neither money nor the desire to flex my ego were issues—the XIKAR Meridian would likely be in the final group of consideration. Unless you need a built-in punch cutter, there’s pretty much nothing to complain about with the Meridian. I wish there was a way to shield the flame from the wind a bit better, such as is done with the XIKAR Forte and XIKAR EX, but no soft flame to my knowledge is truly windproof, they just sit at different points on the scale of wind resistance.

To put it another way, while making the XIKAR Meridian my primary lighter during the past few weeks for this review, I almost always had a single flame torch on hand just in case I ran into a situation where the environment made it too challenging to use. Yes. From both a form and function standpoint, the XIKAR Meridian is a solid choice for fans of soft flame lighters. Other than the qualms I would have with any soft flame lighter, the Meridian didn’t really add any to the list. The size may be a bit odd for some—and the price tag will almost certainly provide some pause—but in terms of how it works when it comes to lighting your cigar, in my experience with it, the Meridian is as capable as any soft flame on the market, if not more so.