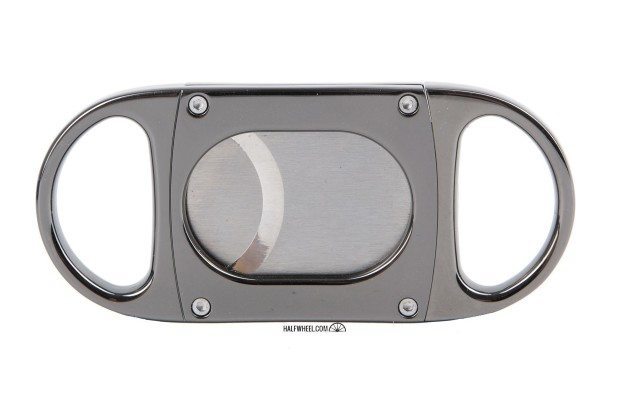 In November of last year, XIKAR soft-launched the M8, an all metal version of its extremely popular X8 cutter to approximately 60 retail accounts. Earlier this year, the cutter shipped nationally. It’s the third model in the X8 family, joining the original version as well as the larger X875 that was also introduced in 2014.

Physically, the XIKAR M8 is virtually identical to its X8 brother, other than the fact that it is made entirely of metal and has “XIKAR” stamped on one side. The cutter features stainless steel blades and is offered in three different finishes: bead blast, chrome silver and gunmetal, all of which carry a retail price of $49.99. 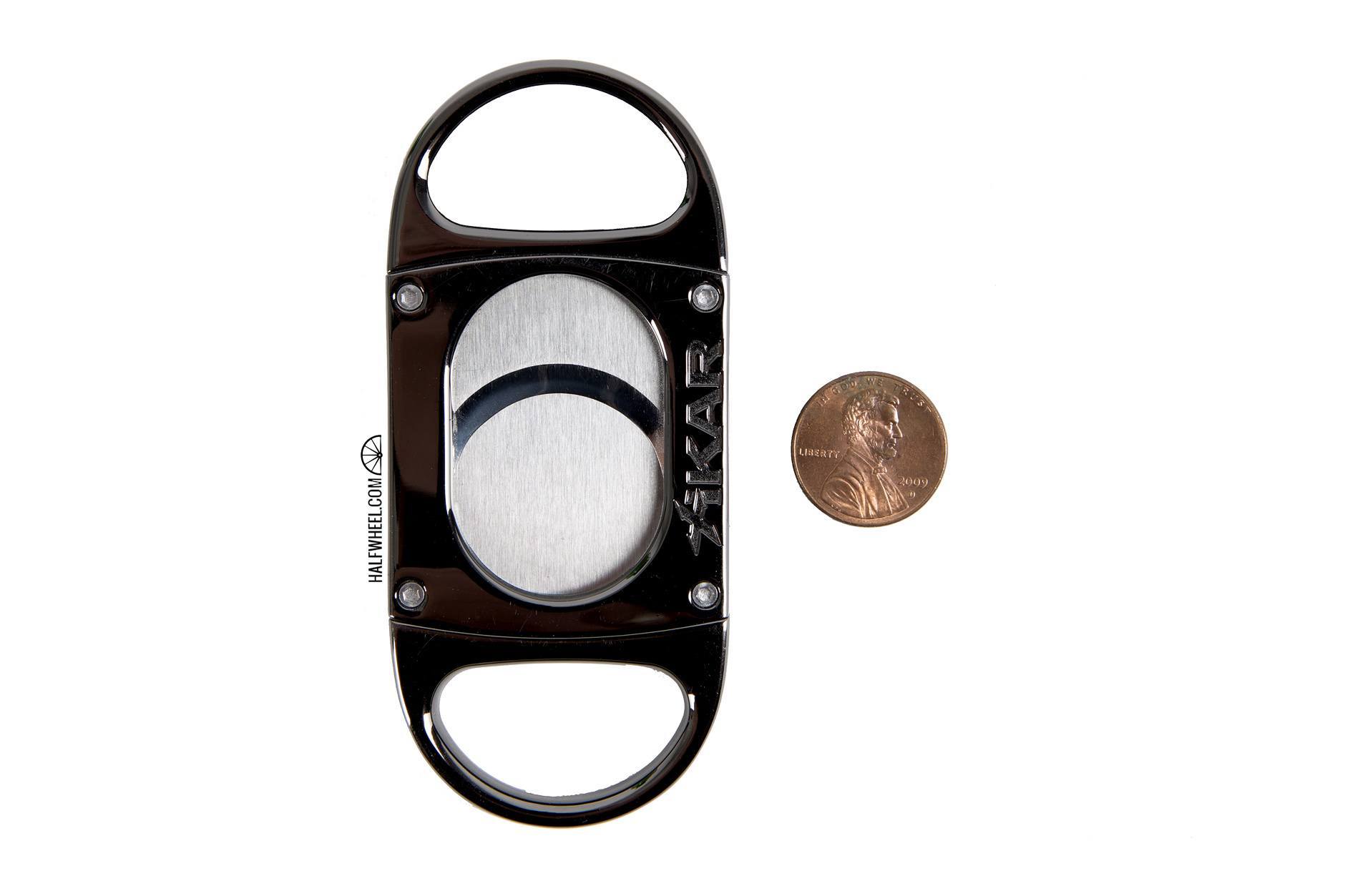 Like both the X8 and the X875, the M8 is a single action guillotine cutter, meaning that one blade that remains stationary while the other blade moves to actually cut the cigar. It allows the blades to open to a full circle before closing again with only the sliding side retracting from the body of the cutter. This means the cigar does not move during the cutting motion, which should decrease the chance of tearing the cap while cutting.

XIKAR claims the M8 can cut a 70 ring gauge cigar, a fact that I found to be absolutely correct, as long as you only want to cut only a portion of the cap. However, 60 ring gauge vitolas fit through the cutter with plenty of room to spare. In addition, the M8 features shallow indentions that are built into the middle of the body of the cutter on both sides,[ref]In fact, they are so shallow as to be almost unnoticeable if you are not looking for them, but they work quite well when utilized, as long as you balance the cigars correctly.[/ref] which means it can be used as a cigar stand in a pinch. 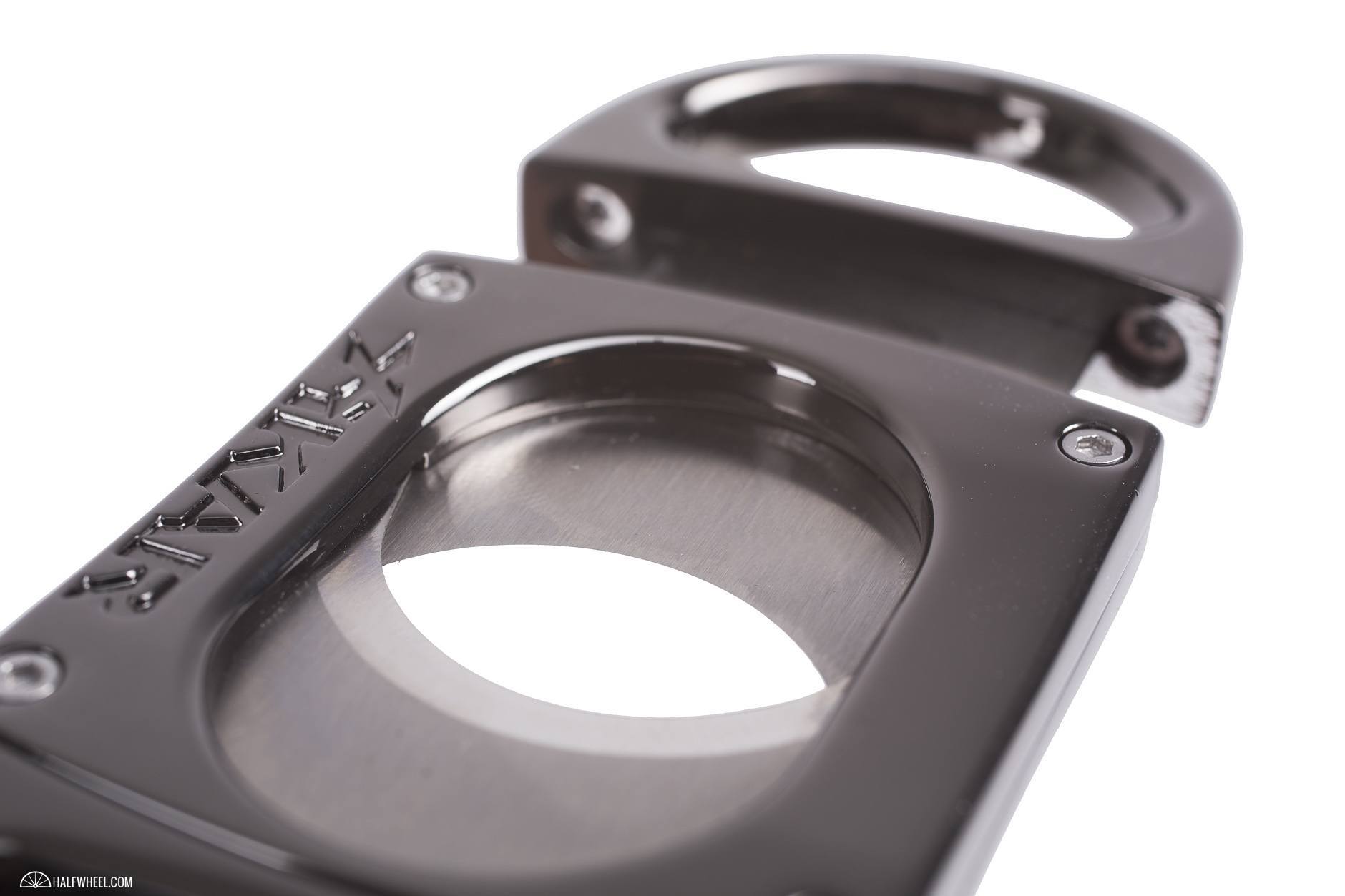 In terms of performance, after over a month of exclusive use on my end, I have found the M8 to be up to the task of everything I have thrown at it, and then some. The metal body is not only attractive, but is also well balanced, which made it easier to cut cigars. The blades move very smoothly on its track, cutting each cigar cap like a hot knife through butter, leaving a clean, sharp cut every time, with no tearing or chunks of tobacco left behind to get caught in your mouth. In addition, there was no point during the month that I have used it that the blades became stuck open or closed. In fact, the blades stay shut when you close them, with no sign that the repetitive cutting action will cause the blades to loosen, which would allow the blades to slide open while simply holding the cutter, or while it is being carried in your pocket. 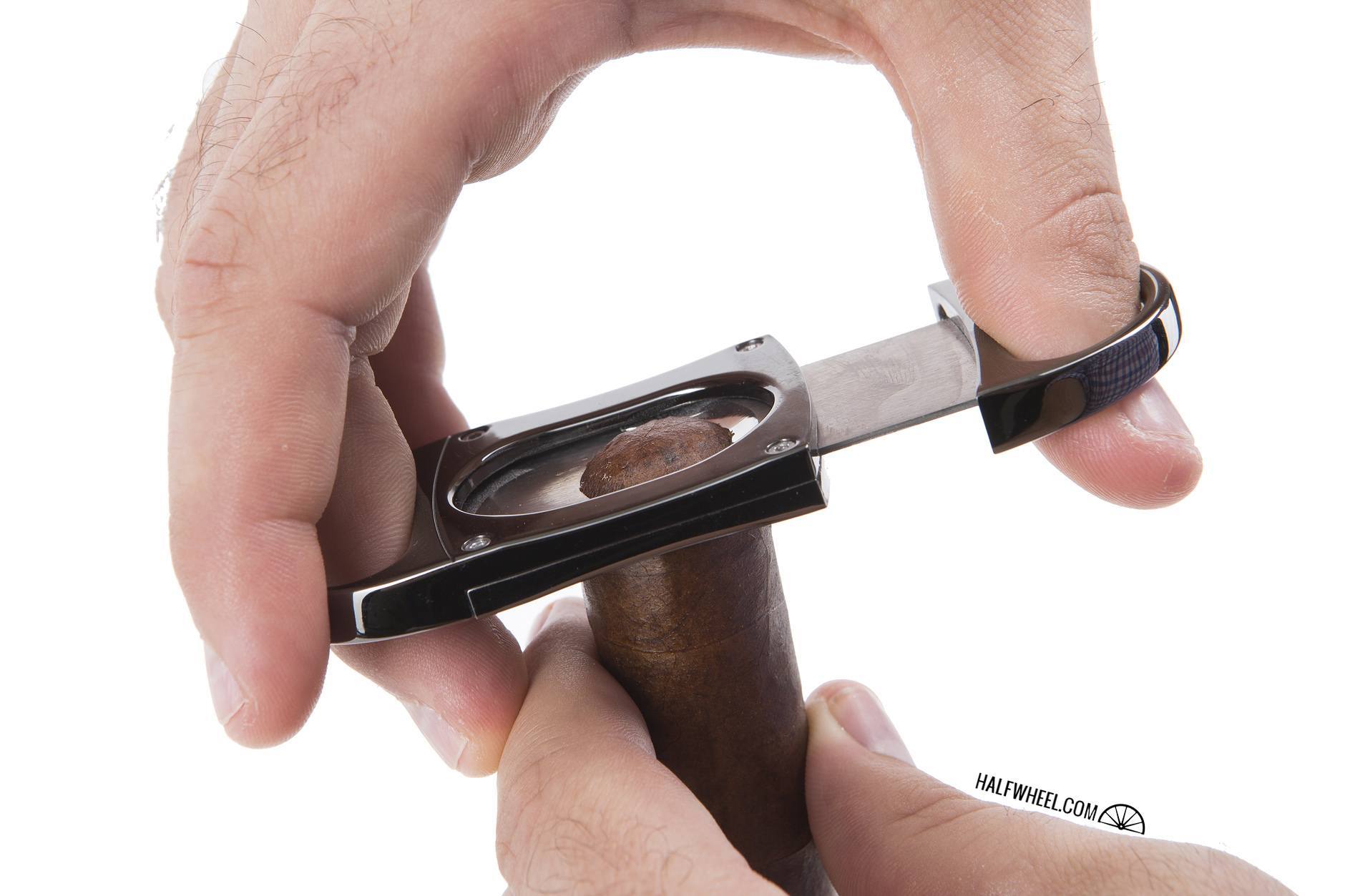 Having said the above, I did find some slight issues with the XIKAR M8. First, it is extremely heavy, almost shockingly so for its size. While I found that to be mostly a positive—especially when actually cutting a cigar—the weight did become fairly annoying after a short time of being in my pocket. Second, although the metal finish did hold up better than I expected considering how shiny it is, there is no way to hide the multitude of small scratches, fingerprints and dust that collects on the exterior starting the second you take it out of the box. 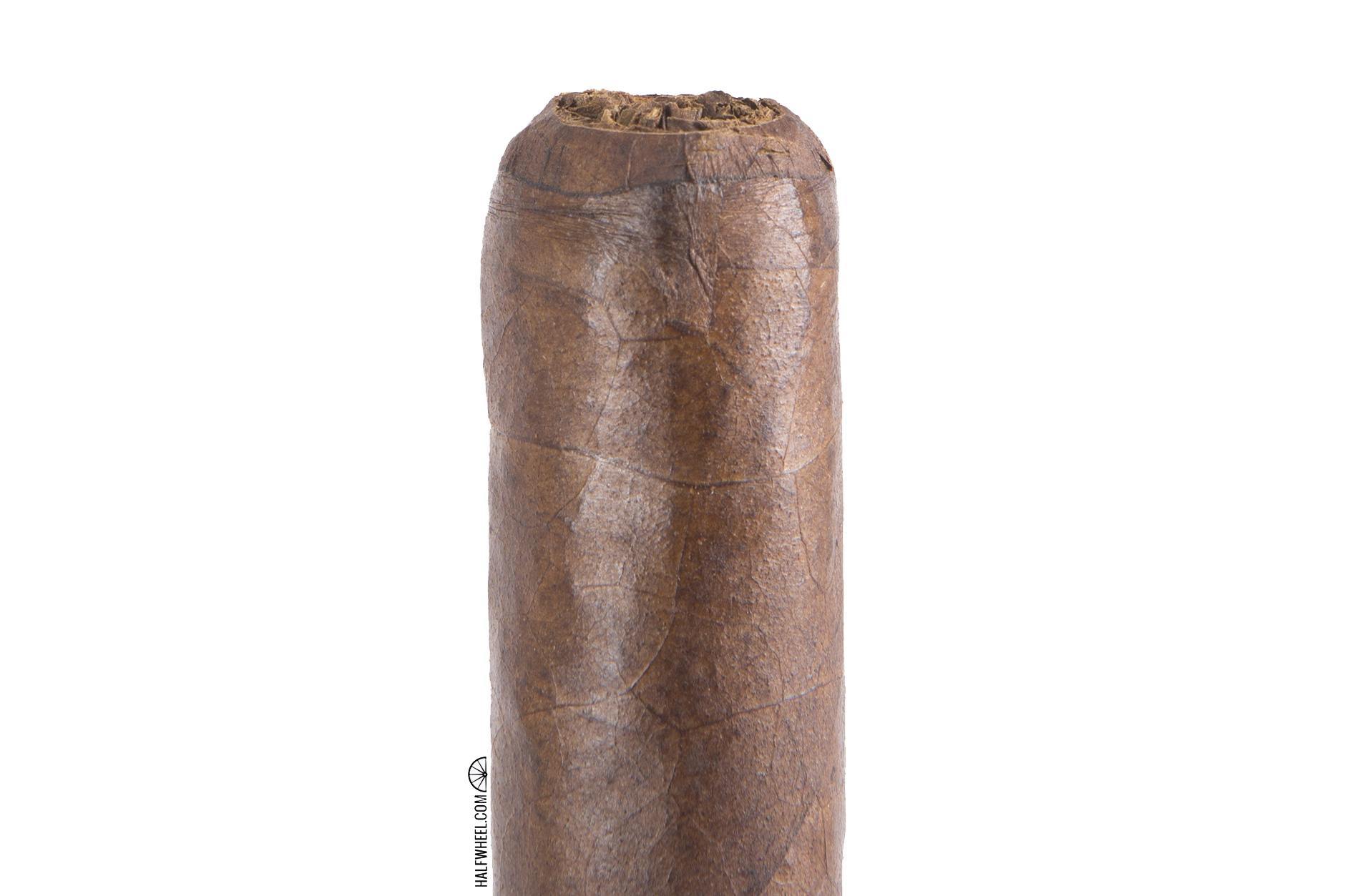 In terms of competition, the XIKAR M8 goes against its X8 brothers, the original X8 as well as the X875, both of which it trounces soundly with a combination of ease of handling and balance. There is also the Palió ($44.95) which offers some obvious similarities beyond the price point: both are single action cutters, both have lifetime warranties, and both can be used as cigar stands. However, the Palió has a radically different form, and is made of polymer instead of metal. 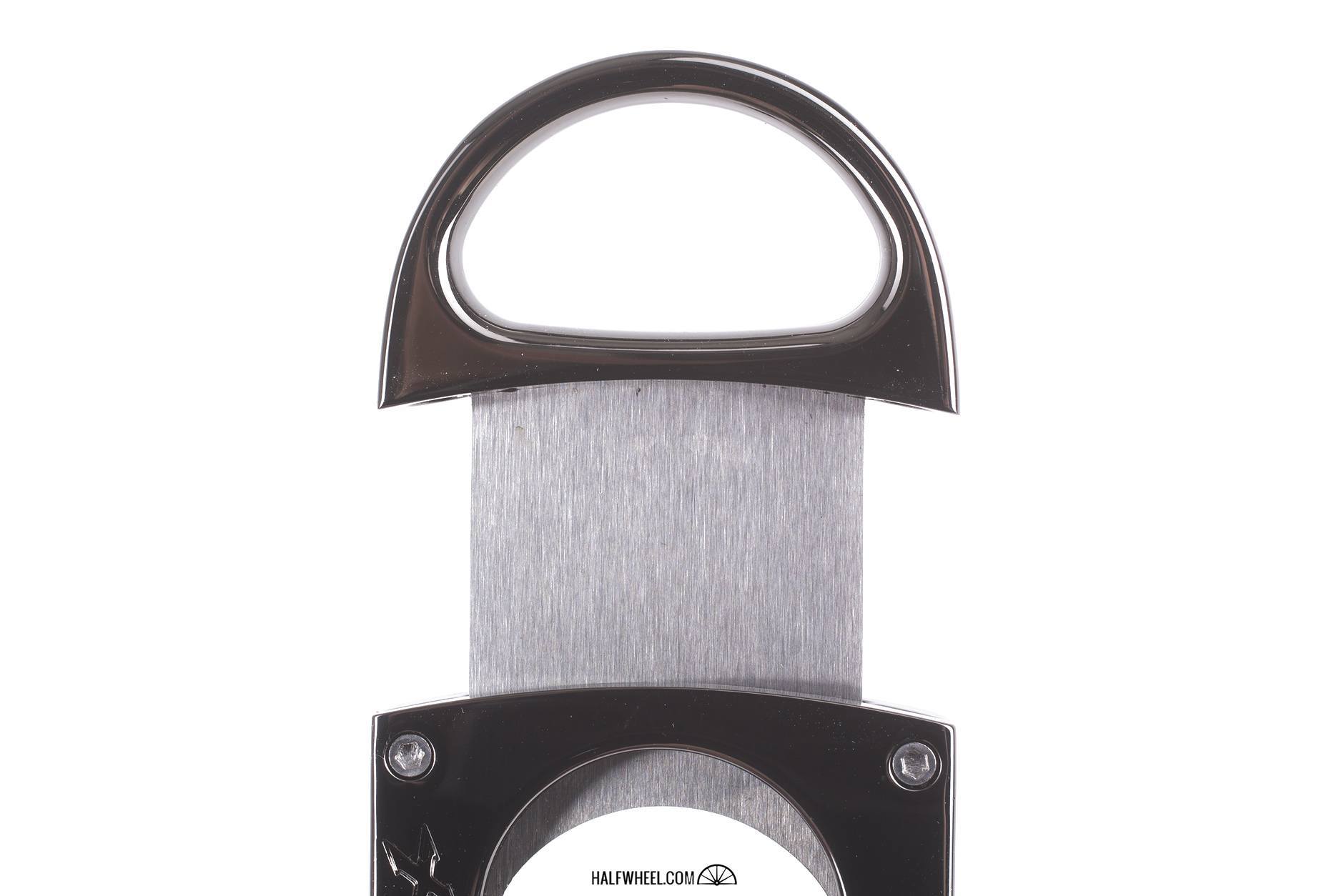 As is always the case when discussing XIKAR products, the fact that each and every item they make is covered by a lifetime warrantee has to be noted. The company is quick to respond to any problems with their products, not by forcing you to send it in and wait to get a replacement, but by allowing you to return the damaged or defective product to any XIKAR dealer, who should replace it on the spot as long as they have the product on hand.

After more than a month of exclusive use, I can safely say that the XIKAR M8 is, quite simply, the best single action guillotine cutter I have ever used. The combination of hefty weight, exceedingly sharp blades, excellent balance and rugged construction make this cigar a winner on every front. Yes, the X8 cost $20 less than the M8, but the advantages the newer model has over its more diminutive brother make it easily worth the difference in price. While I still prefer a v-cut for the vast majority of my cigars, the XIKAR M8 has become my go-to guillotine cutter, and I don’t see it being dethroned any time soon.