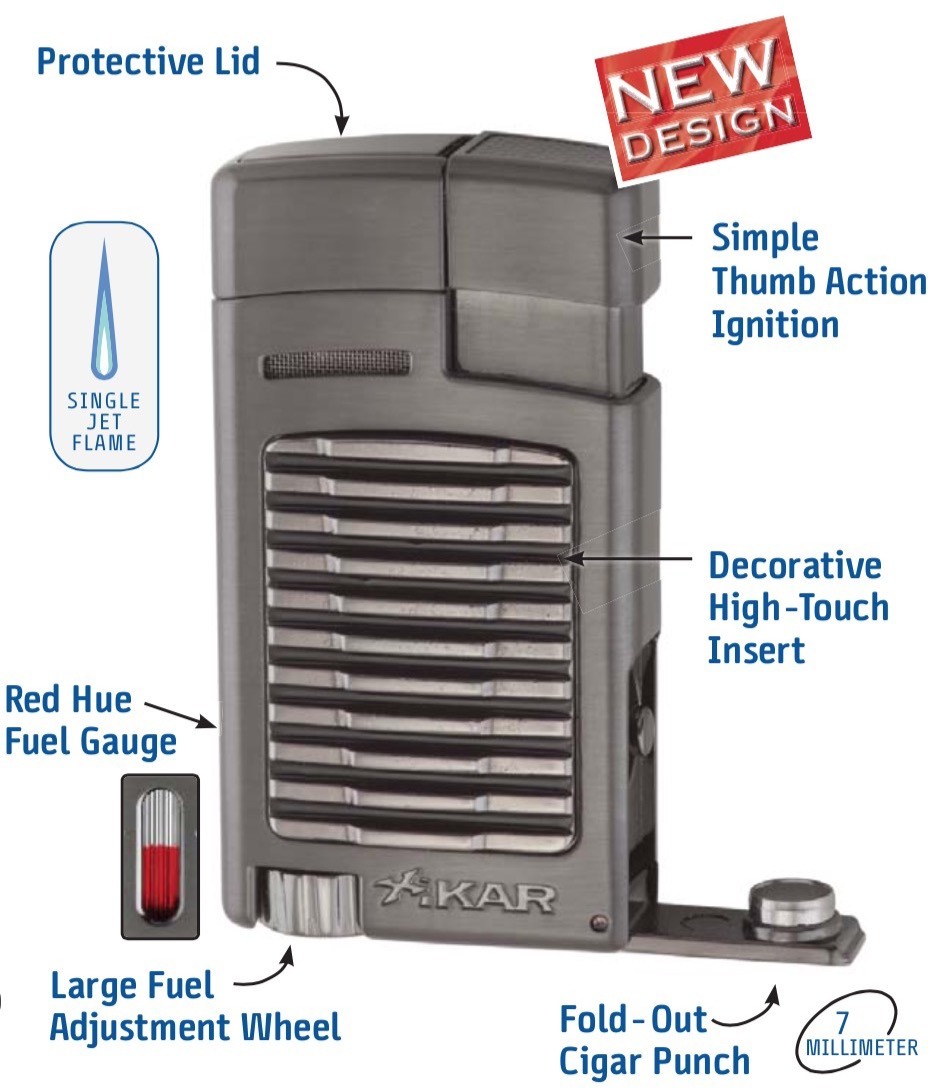 The XIKAR Forte isn’t available in a plethora of different color combinations, but some models of the lighter prominently feature a design that is rather reminiscent of a classic car grill. The new single-flame lighter uses a push down ignition on the side with a flip-out lid protecting the burner. In addition, a fold-out 7mm punch can be found on the side.

It also features a red fuel gauge, something XIKAR is also including on its new Volta lighter. 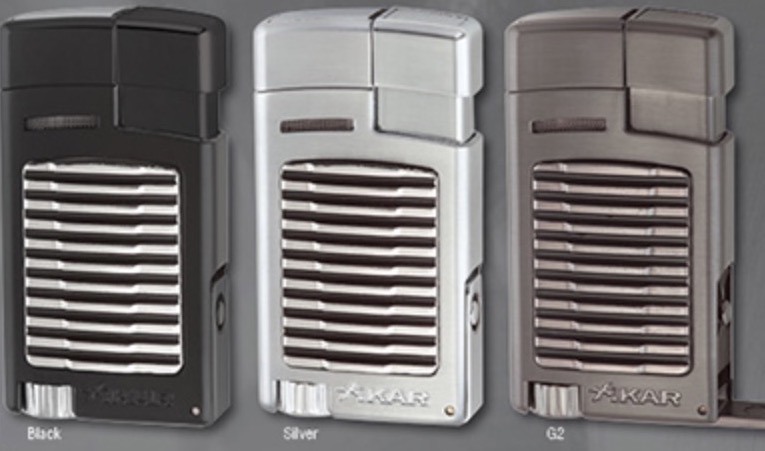 XIKAR has announced six different finishes for the lighter. The Black, G2 and Silver versions all retail for $69.99 and feature the aforementioned hot rod-style grill. There are two carbon fiber models—Black and Silver—that replace the grill with a carbon fiber insert, those will retail for $79.99. In addition, there’s a Room101 Sakura option, which uses a black body and has a Room101 insert, it also retails for $79.99. 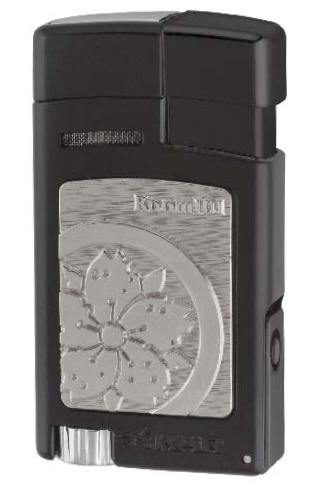 The company will show off the lighter at the IPCPR Convention & Trade Show, which begins this Saturday in New Orleans, La. A representative from XIKAR told halfwheel the company expects to ship the products by the end of August.