While XIKAR might be the leader in cigar accessories, the company has generally avoided one major category of accessories: humidors. Yes, it’s made a variety of travel cases, but XIKAR was not in the business of desktop humidors until relatively recently. In the interest of full disclosure, the HC Series, XIKAR’s old cigar brand that it sold to Cigars International, does have an HC-branded humidor, but it’s not a XIKAR product.

That changed last year, when the company announced the HP Humidor, with the HP standing for high performance, a relatively standard 75-count humidor with one particular party trick: LED lights inside. The humidor is offered in both walnut and black finishes, priced at $299 and limited to 250 humidors per color in the U.S. 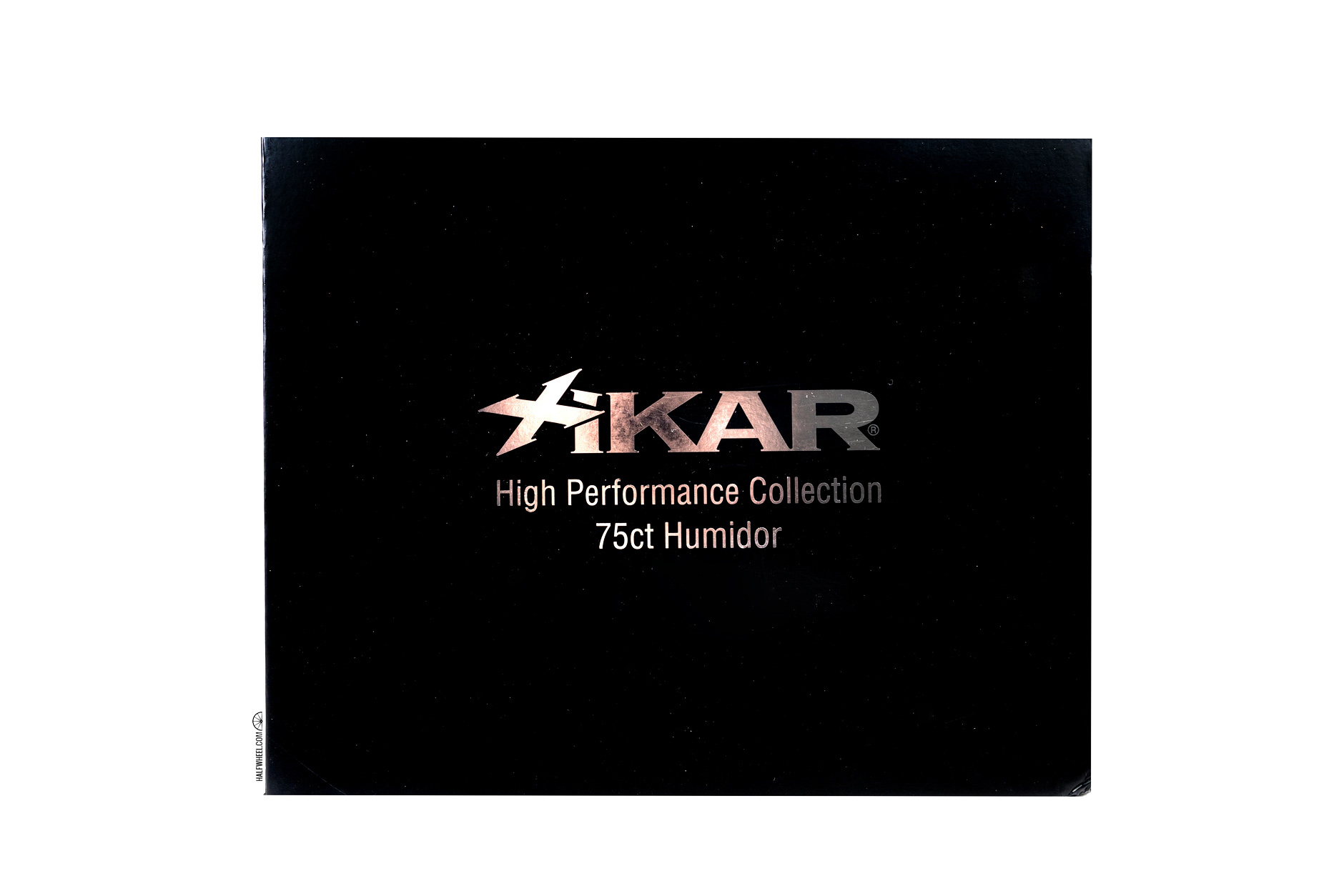 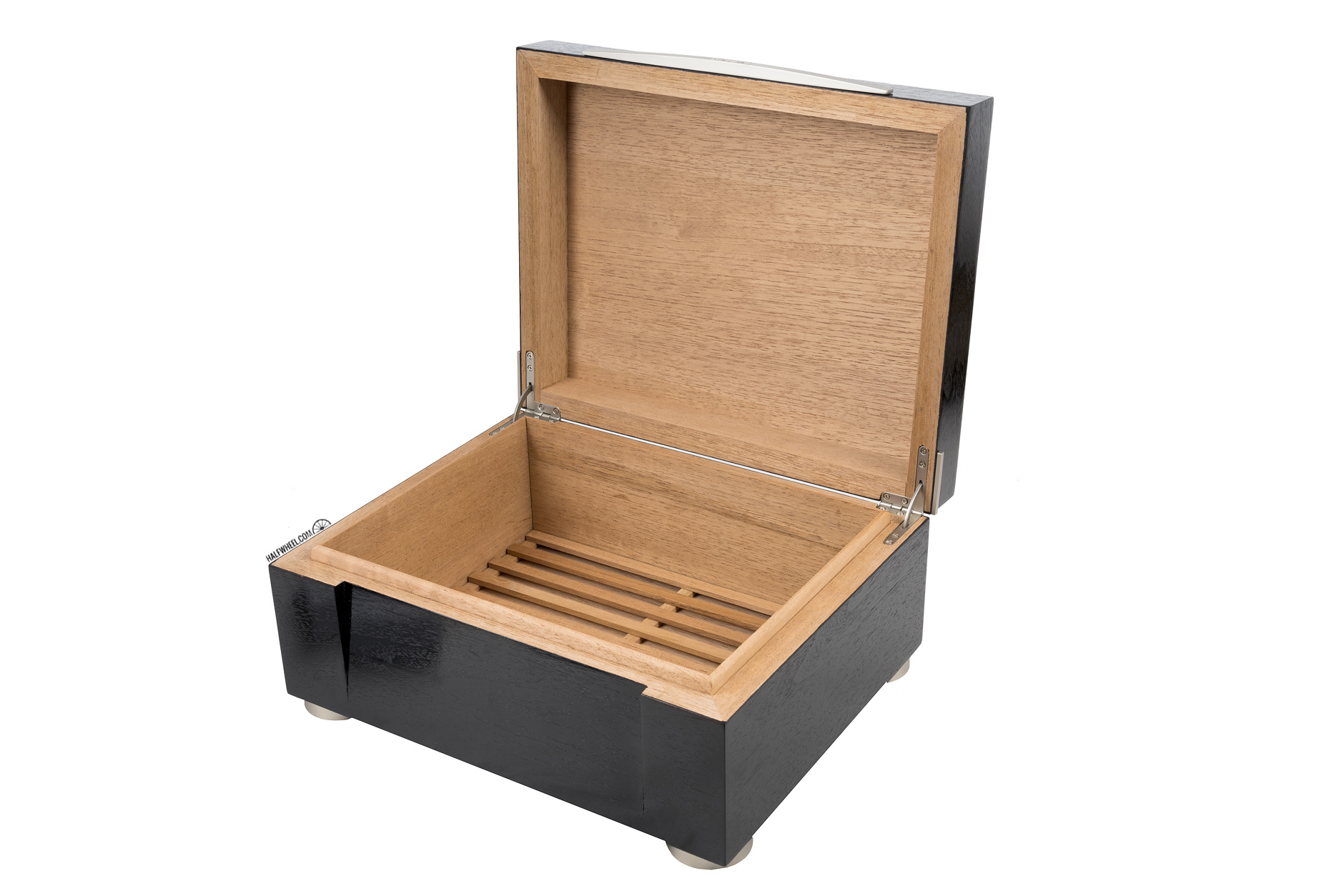 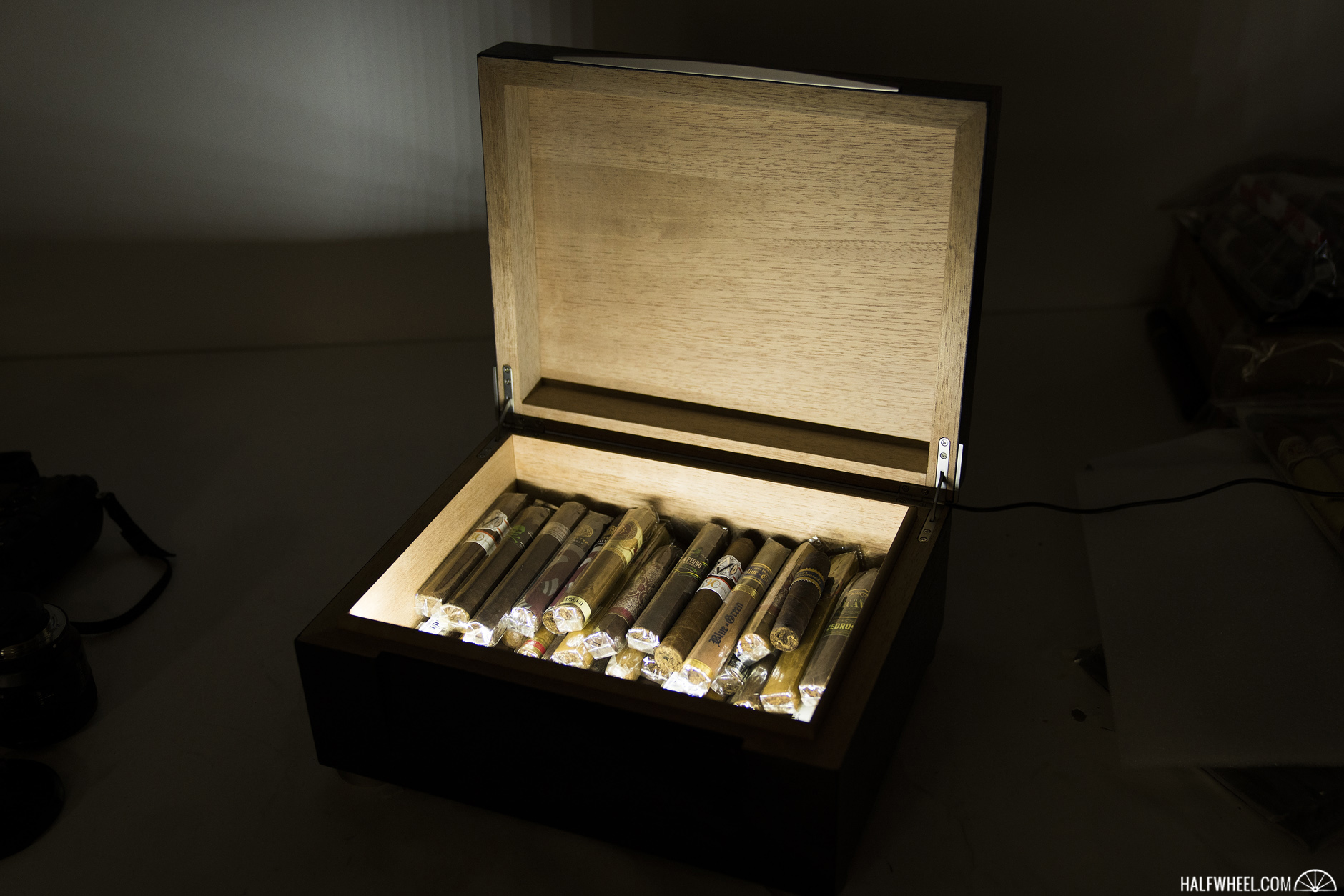 It’s a humidor. While it is a rectangular box of rite most part, the design is a bit odd given the metal trim pieces and the inlet in the front. At its absolute maximum exterior dimensions, the humidor measures 13.675 inches wide in the back, where there are accent pieces on each side; 11 inches deep from the front of the handle to the back; and 6 inches in height from the bottom of the foot to the lid. The interior has a removable tray that’s about .0625 inches in height. The bottom interior measures 11.5 inches in width, 8.75 inches in length and 4.0625 inches in height for a total of about 409 cubic inches of space. The interior of the lid measures 11.875 inches wide by 9 inches in length and 11.375 inches in height. There’s about a quarter inch overlap of the sealing element from the bottom, so my estimate is the total interior is somewhere in the neighborhood of 530 cubic inches of space, not counting the removable tray.

The LED lights are placed in a single strip on the inside of the front element of the lid. There’s a groove cut into the interior for them to be placed, meaning you aren’t sacrificing any space. It’s powered via an included wall adaptor that plugs into the back left of the humidor. Outside of that, nothing else is in the box: no humidification, no hygrometer, no lock.

As a humidor, it’s fine. After a few weeks of seasoning, I placed three Boveda packs inside of it along with 25 cigars around the first of the year. Four months later, the Boveda packs still have some moisture and collectively weigh 118 grams, meaning they’ve lost at least 42 grams of water, though there’s some moisture left in all three. Humidity readings have fluctuated a bit dropping to around 63-64 percent relative humidity in colder and drier months, though in the month of March they stayed largely between 65 percent. After looking at the graphs via Sensor Push data, it’s quite clear the humidor—or perhaps the humidification—is a bit slower to recover than others. My guess is this humidor probably should receive four-packs. The Cheap Humidors humidor calculator puts the bottom element at 85 6 x 50 toro cigars.

Special feature-wise, the light is activated once the humidor is opened to a certain point, more or less once it clears the interior lip which is about a quarter inch up. From there the interior of the humidor is lit with a white LED light, which is rather blue in color. 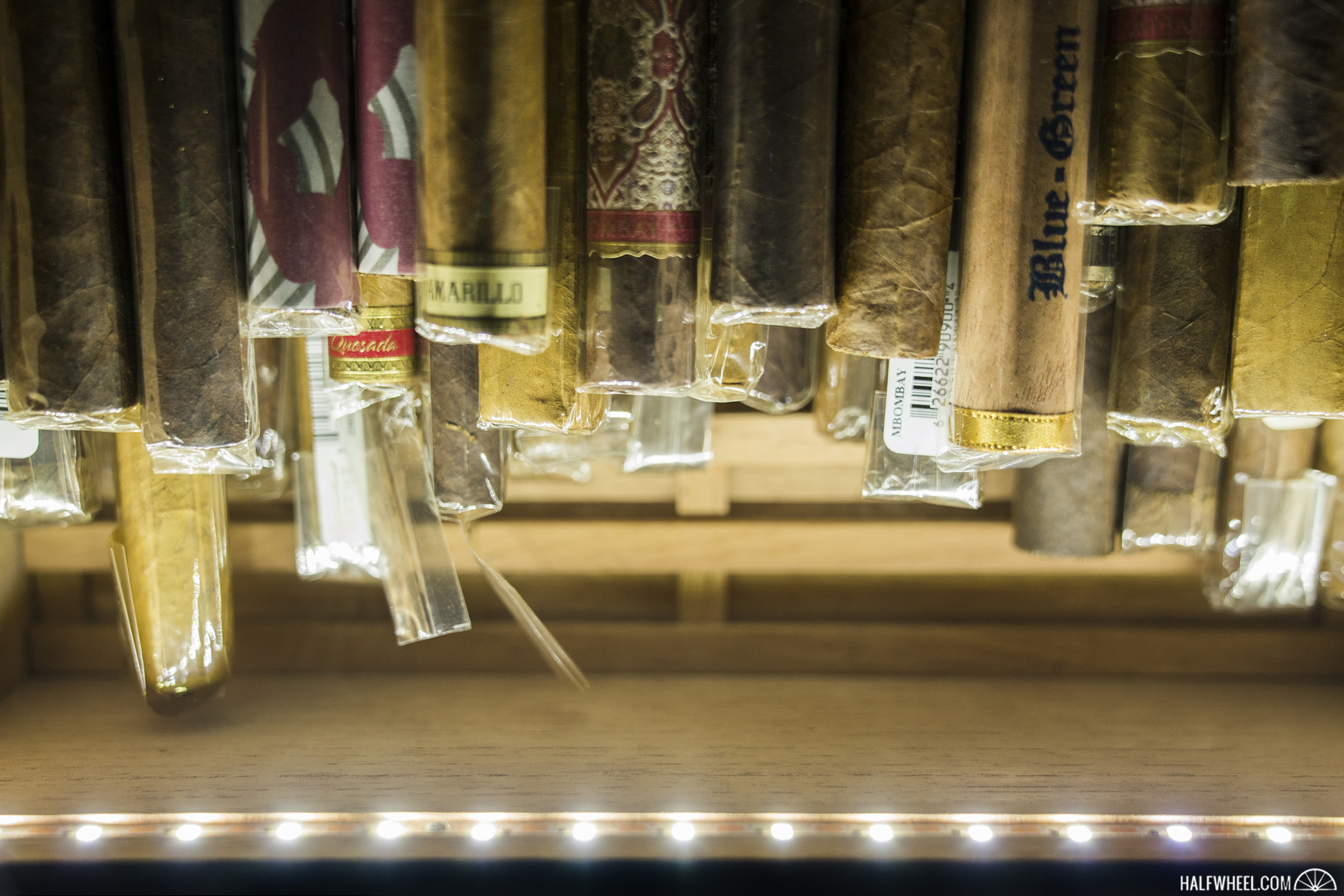 The Tommy Bahama LED Dome Humidor is the direct competitor to the XIKAR. AT $295 and with an LED light and a 100-cigar capacity for the interior you can’t really get much more direct in competition. I’ve not reviewed this humidor so I don’t have many thoughts. Of note, it includes a tray, a digital hygrometer and a lock. Other than that: Only if you want a humidor with an integrated LED light inside. There’s nothing inherently wrong with the XIKAR HP Humidor, but I’m not sure there’s much to write home about. It works but it’s probably a bit expensive for what it is given the no-frills accessories. At $300, most people are in a no man’s land between buying the cheap $125 100-count humidor and a humidor that is built in a manner that will be relatively worry-free for decades—and that’s exactly what this is. Unless you want the light, save your money and look elsewhere.