Last year, XIKAR’s ubiquitous line of Envoy cases got a new addition in the form of a three-finger case designed to hold 60 ring gauge cigars. It’s called the XIKAR Envoy High Performance, the latter a reference to the design element and not a criticism of thinner cigars. It’s the latest in a growing number of products from the company that has taken design elements from car culture and placed it into cigar accessories.

If you didn’t know any better, pictures would suggest this is just another colorway for the regular Envoy Triple, a leather-wrapped, telescoping three-cigar case. However, those cases are meant to hold three 52 ring gauge cigars, whereas the High Performance is purpose-built to hold three 6 x 60s. 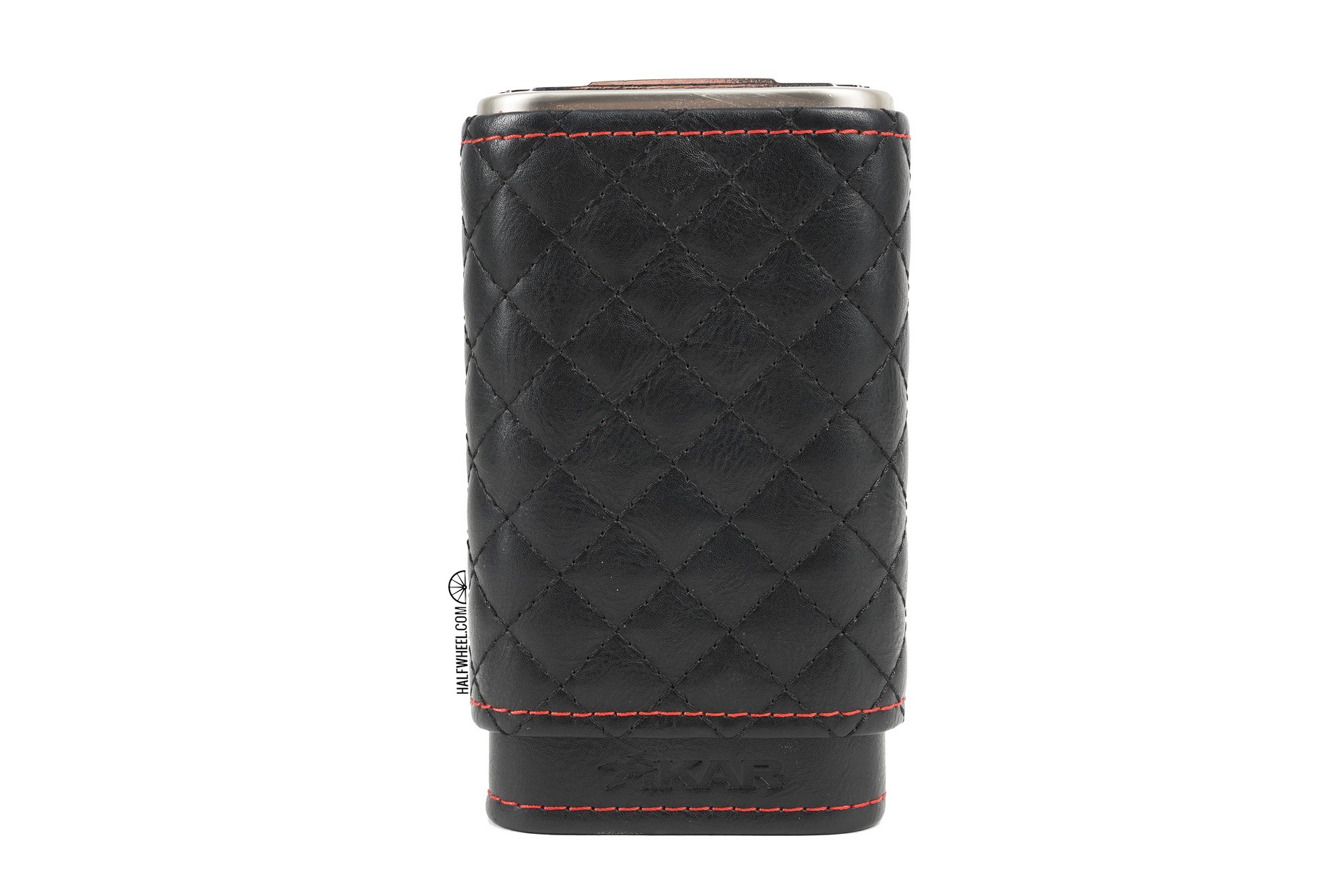 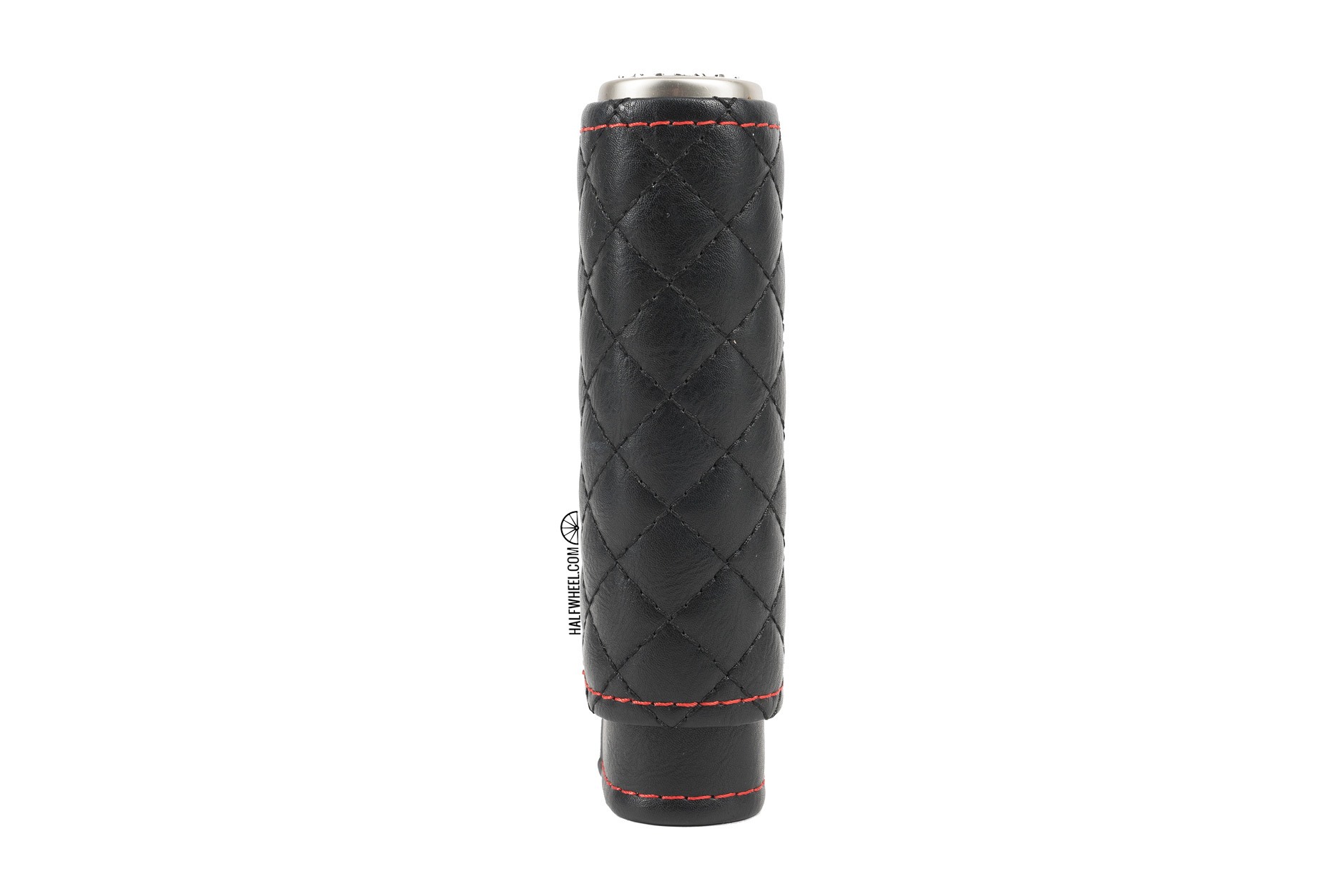 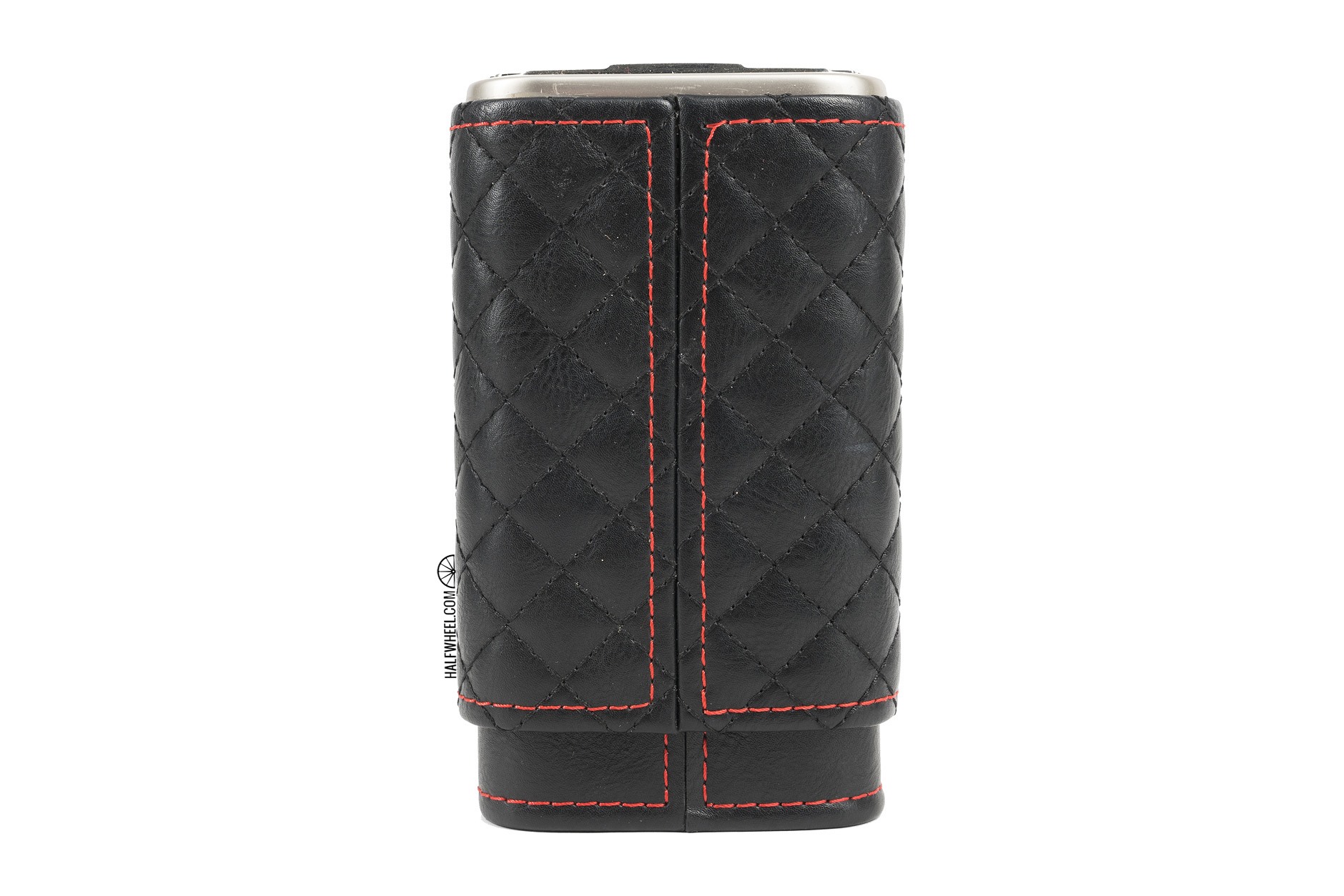 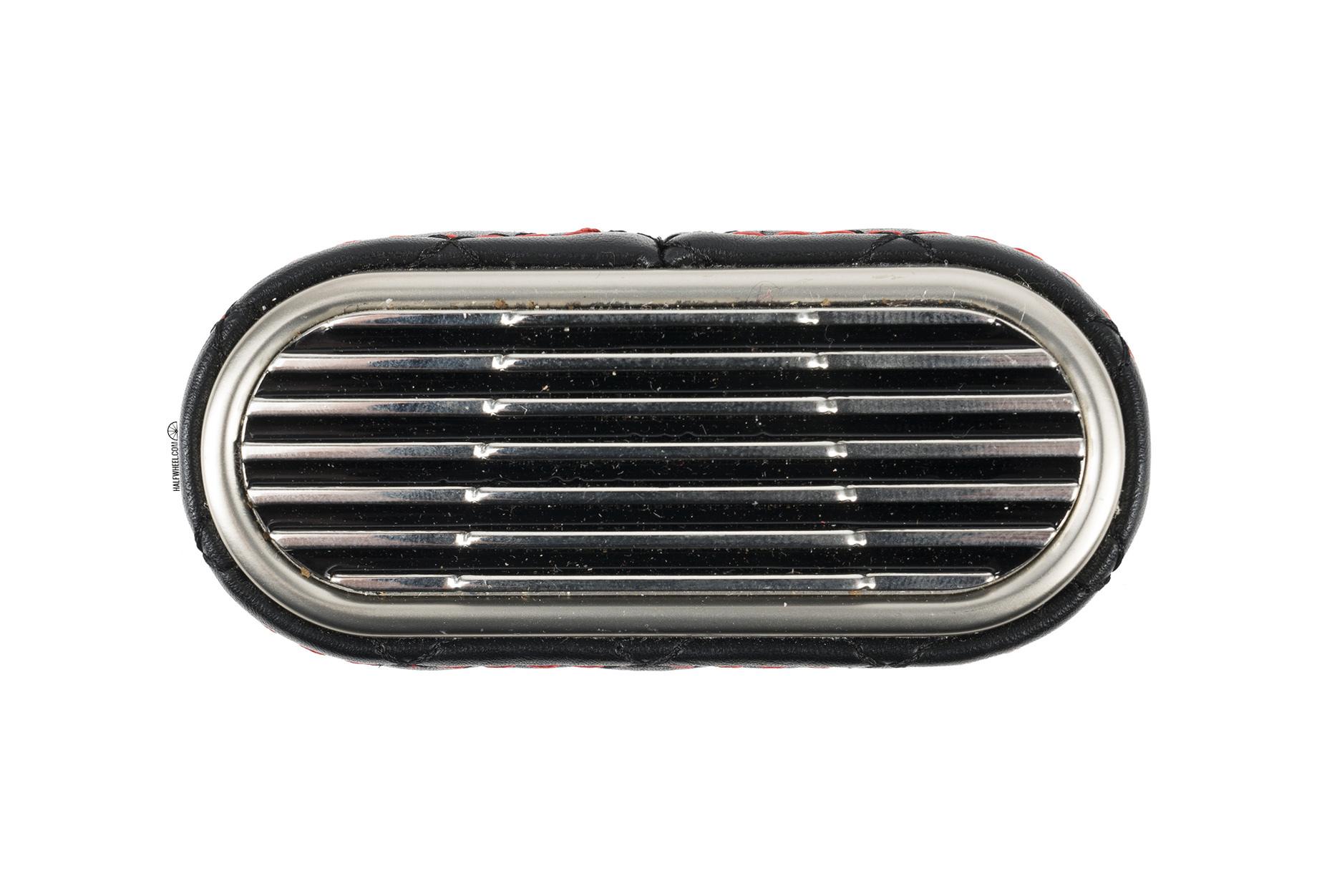 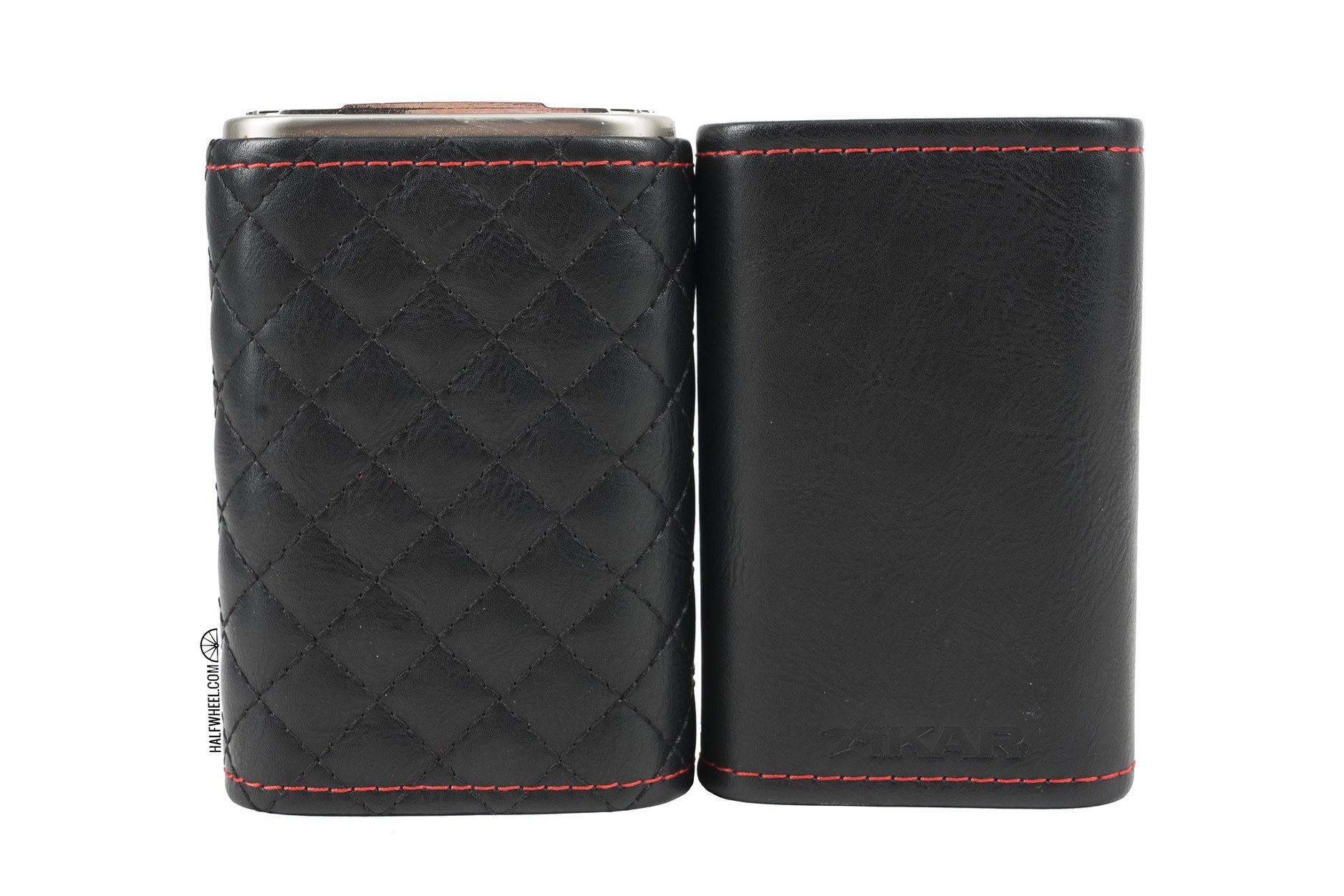 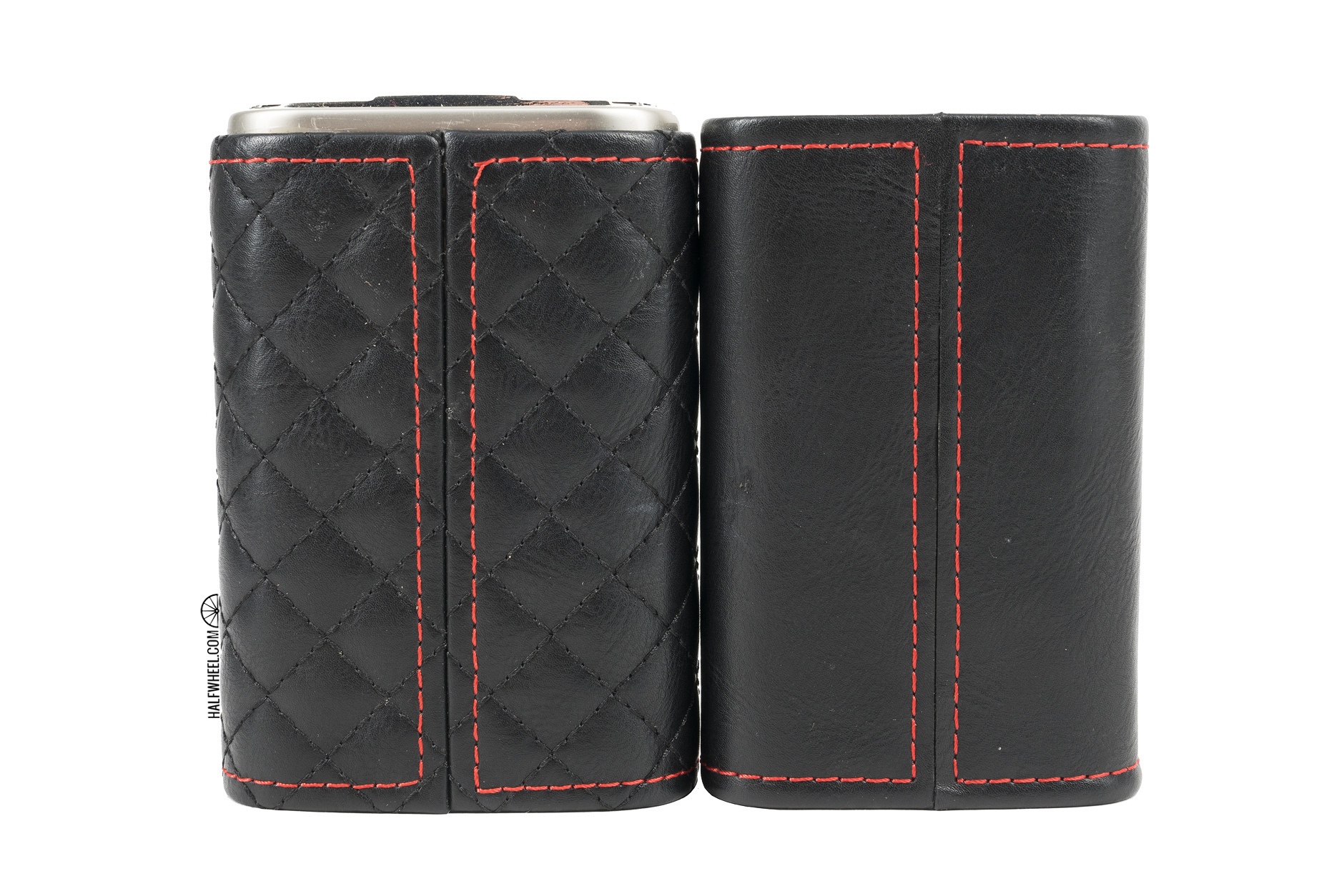 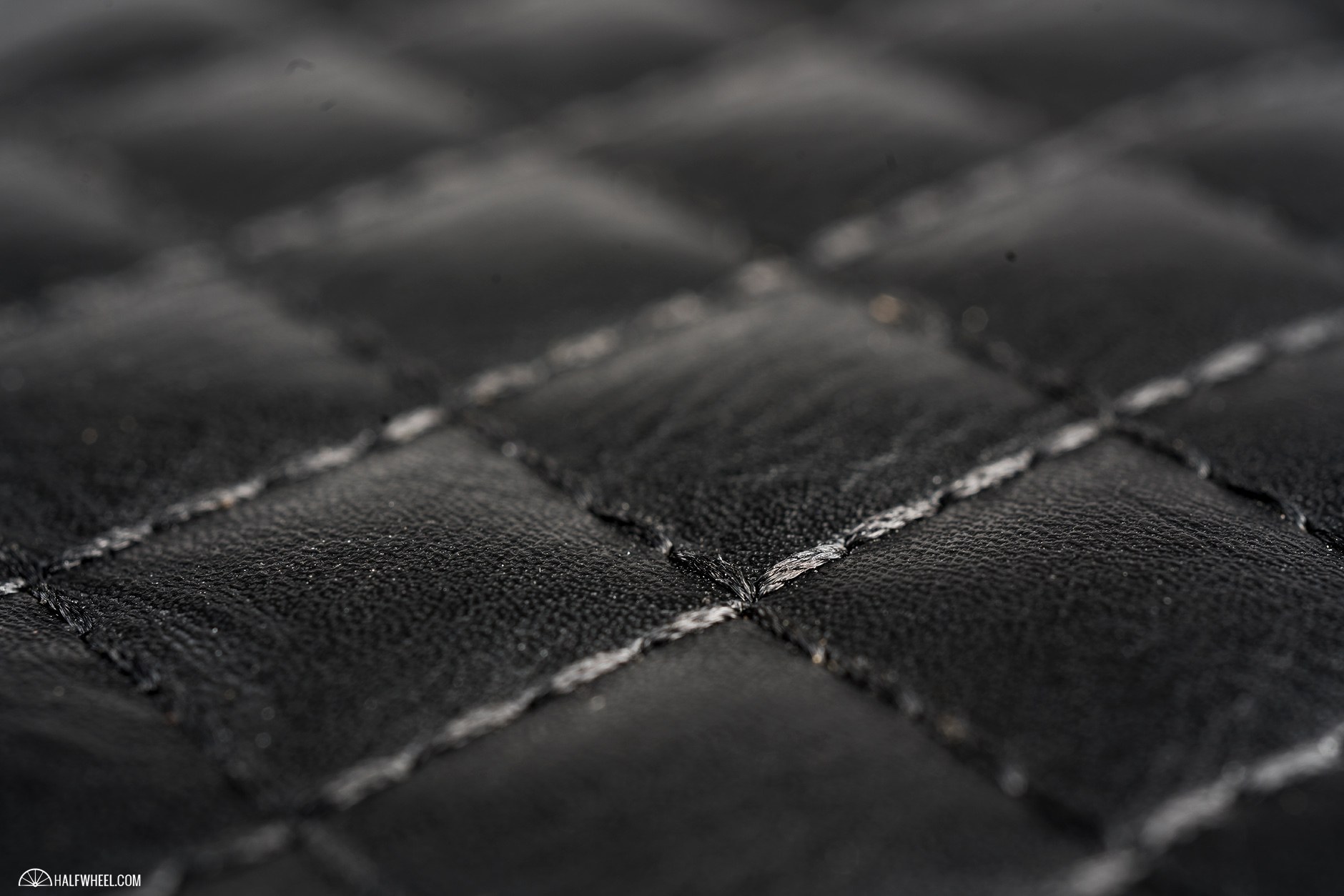 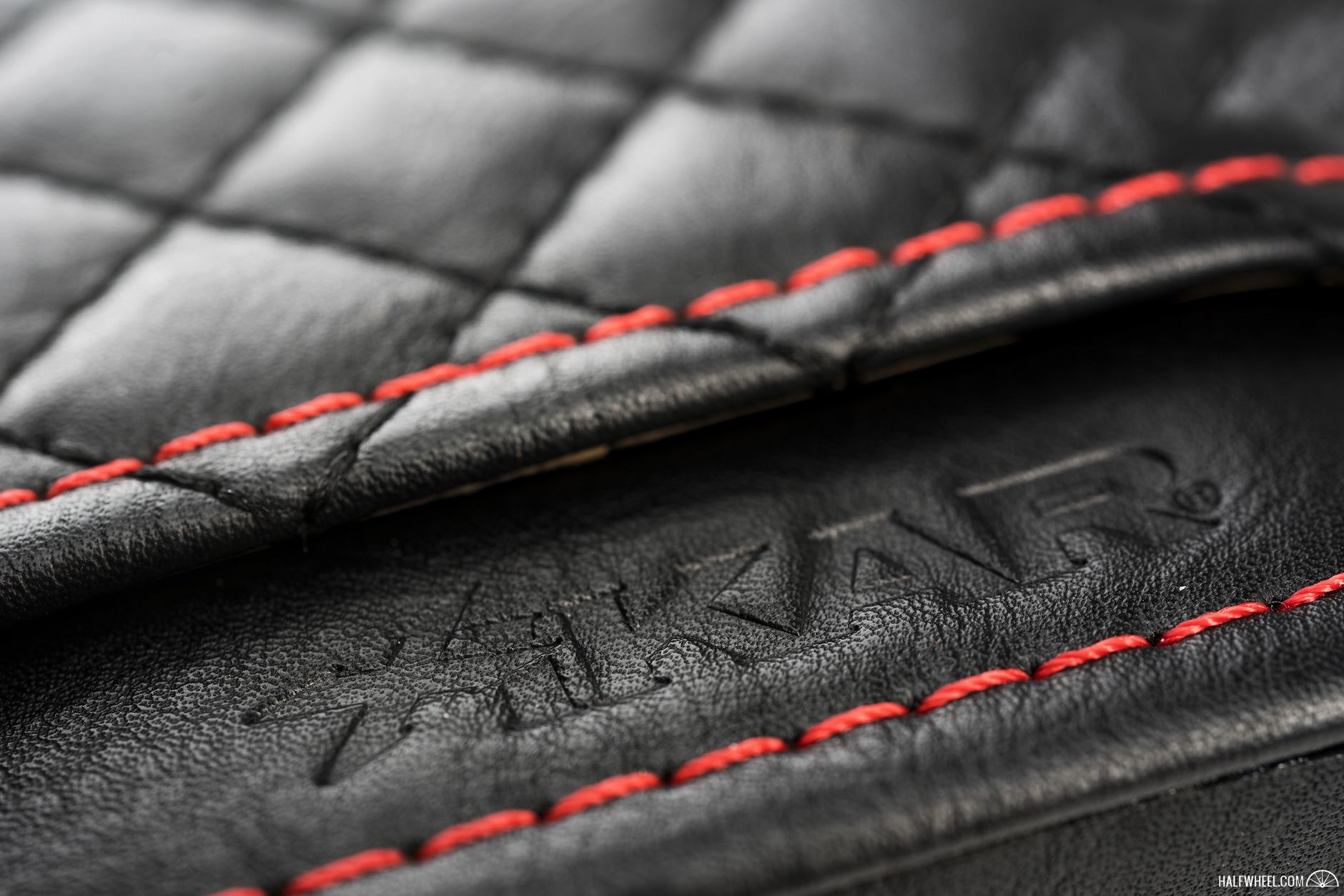 As such, the case is massive, measuring nearly 5 1/2 inches tall x 3 inches wide x 1 1/4 inches thick. And that’s when it’s closed; it can extend to over 7 inches in height while still fully covering the cigars, towering over the original Envoy cases and most other travel humidor products.

In terms of construction, it’s similar to a regular Envoy. There’s a leather exterior—this time a diamond pattern with red accent stitching—and a metal accessory on the top, very much designed to look like a car grill, though seasoned car enthusiasts will note that it looks more similar to an oval air cleaner. Inside are thin sheets of Spanish cedar veneer that line the entire interior of the case. 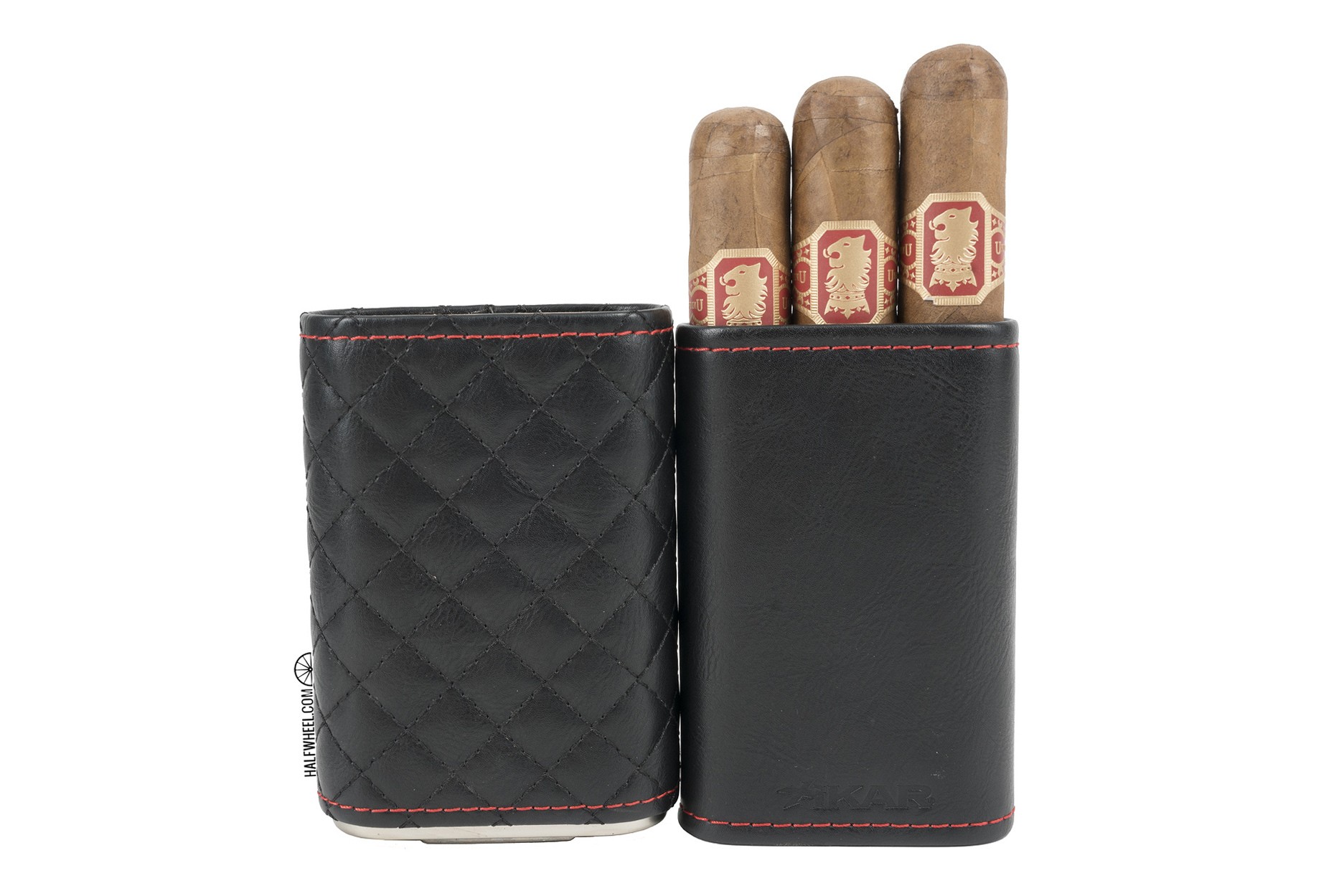 Operation is quite simple, just pull one end of the case and the two pieces come undone. From there, load your cigars, close the case and then try to find a clothing item with big enough pockets to fit the XIKAR Envoy High Performance Triple.

I’ve used the case for nearly six months and it’s held up incredibly well with the exterior showing little signs of wear, though the veneer on the interior isn’t holding up as well. When the case is fully loaded with 60 ring gauge cigars, the Envoy provides an incredible amount of protection thanks to its hard shell. 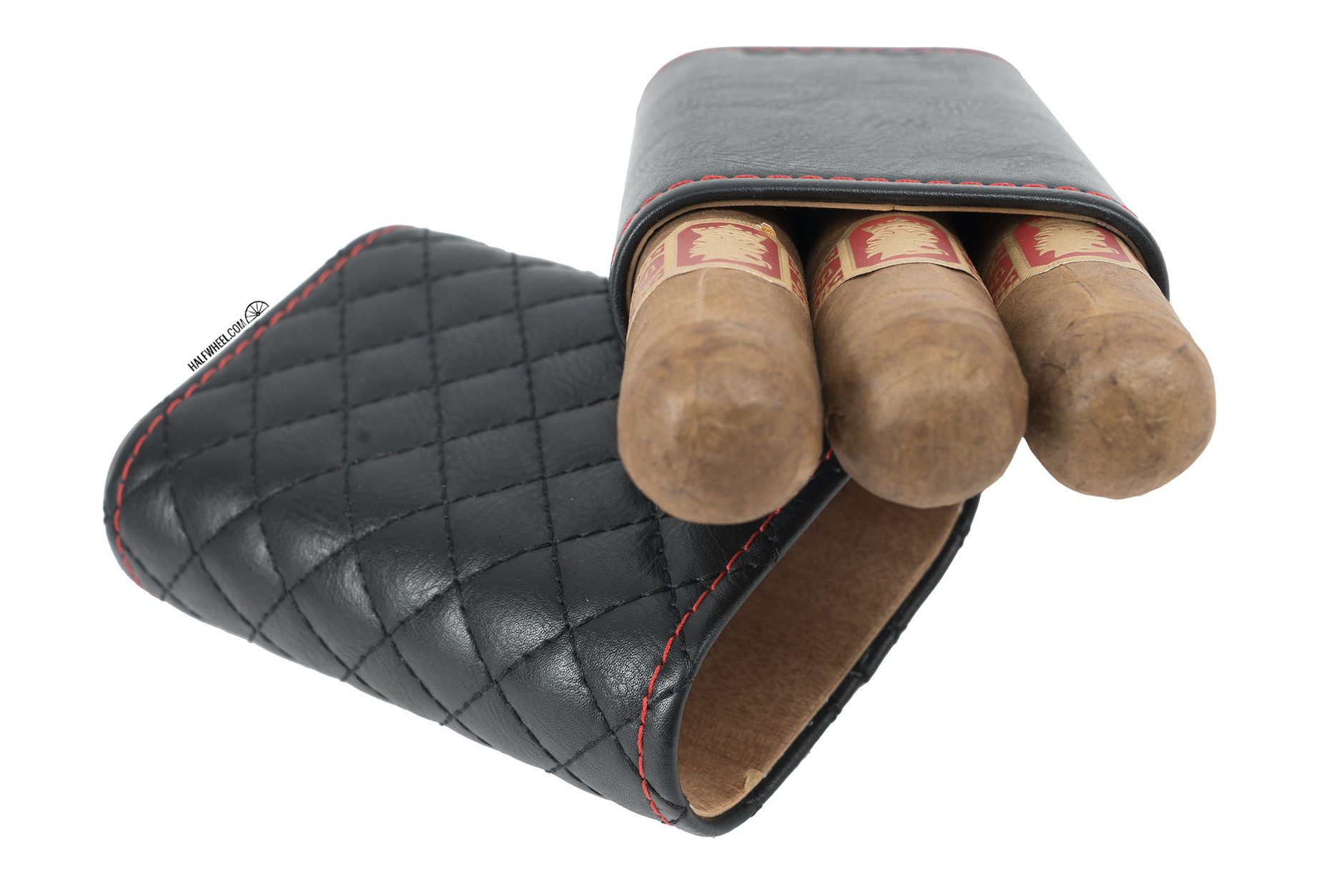 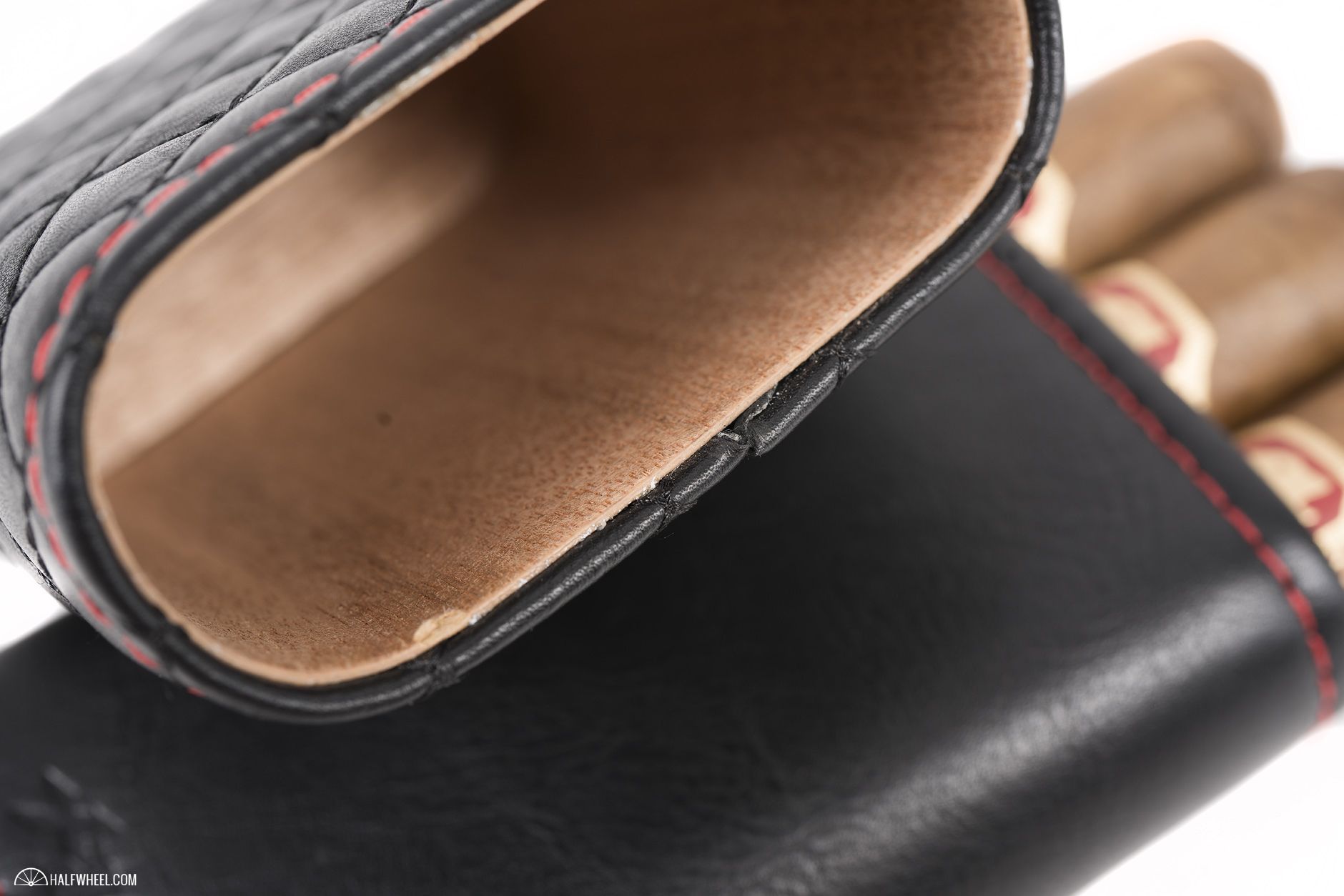 But when all those terms aren’t met, the flaws start to show.

XIKAR makes cigar cases designed for people who smoke more traditional sizes, and if you don’t regularly smoke 58-62 ring gauge cigars, you should buy those instead, because the High Performance model—no matter how much better it looks—is not the right tool for the job. The case only has one big chamber with no grooves or dividers to separate it. That means if you have one 56 ring gauge cigar in the case, it’s going to slide around a lot. If you have two robustos in the case, you had better hope they are in cellophane. Otherwise, the sliding around against the cedar veneer will tear up wrappers.

In fairness to XIKAR, that’s not what the case is made for. However, I’m confident there are a lot of people that would prefer the look of this case to the other Envoys without realizing just how damaging it can be if you don’t store larger ring gauge cigars in it. 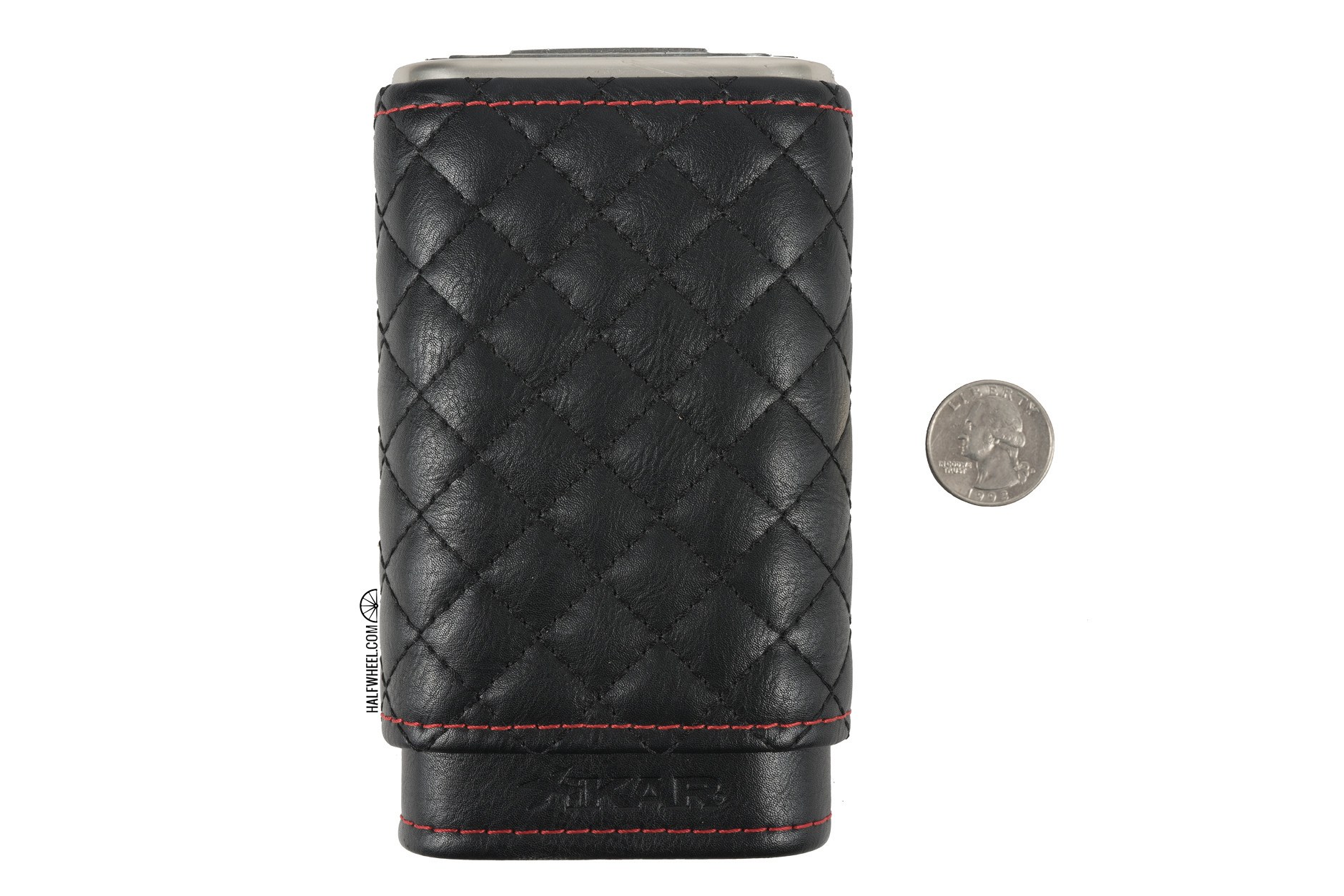 One issue I’ve had with other Envoy cases, but was particularly exaggerated with the High Performance model, is the balance. The case weighs 183 grams, but 130 of that is the top piece and a lot of that is just the metal accent piece. As cool as it might look, after carrying the case in your hand for 10 minutes, you realize that it’s not particularly comfortable to hold because all of the weight of the case is in the top.

This annoyance is a lot more prevalent for this particular size given that I found the case too large to comfortably stick in jeans and even some lighter jackets.

At $90 the XIKAR is very close in price to this Visol Carbon Fiber Case, which also holds three 60-ring gauge cigars. And I would spend the extra money to buy the Visol for $120 for a few reasons. First, it’s smaller and lighter, yet stores the same amount of cigars. Second, the grooved nature of the slots means that if you only have one cigar left at the end of the night, you are far less likely to damage it as it will stay in a specific channel in the case. Finally, those grooves also mean you have a nice cigar holder at your disposal.

Visol also makes a product called the Arapaho Case, which appears to very much be the same design as the XIKAR, just at a much cheaper price of $40. I think XIKAR’s case looks a lot better and XIKAR’s lifetime warranty is a plus, though whether those two things are worth double the price is a different story. 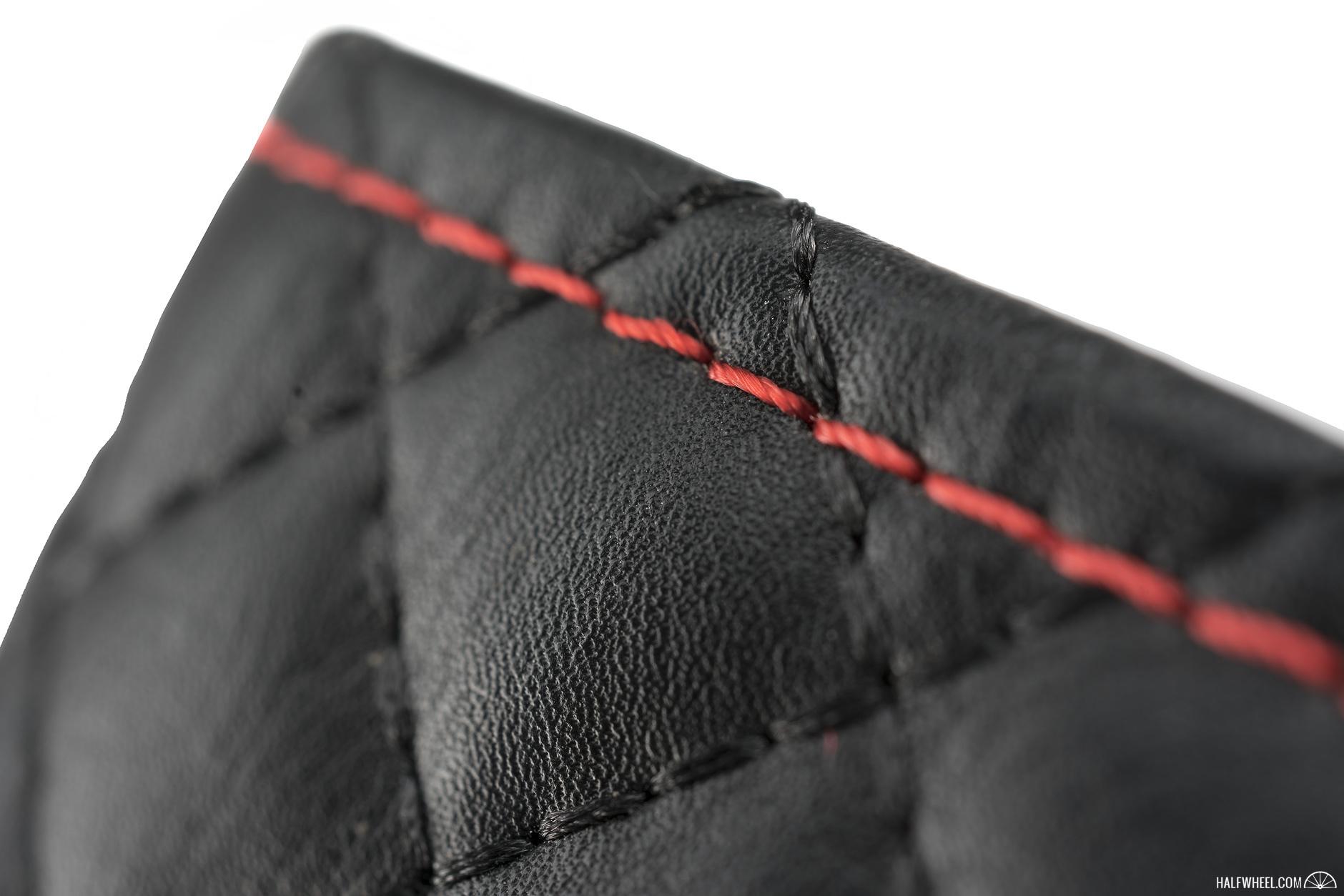 I am not the target audience for the case due to the cigar sizes I typically smoke, so this won’t be staying in my rotation of cigar cases. If you smoke 60 ring gauge cigars regularly, the XIKAR Envoy High Performance Triple is one of the few options you have outside of bringing a 10-count Cigar Caddy. And when it comes to storing three 60 ring gauge cigars—the main purpose of the product—XIKAR’s solution works very well.

The case for this review was provided by XIKAR.