The Turismo lighter was actually leaked a couple months ago by Skip Martin of RoMa Craft Tobac, whose company is getting an exclusive colorway. It’s a double flame lighter, which comes in an all-metal body highlighted by a pair of grip-enhancing side panels. In addition to RoMa Craft’s version, it is offered in four color finishes: Matte Black, Matte Red, Matte Blue and Matte Gray. 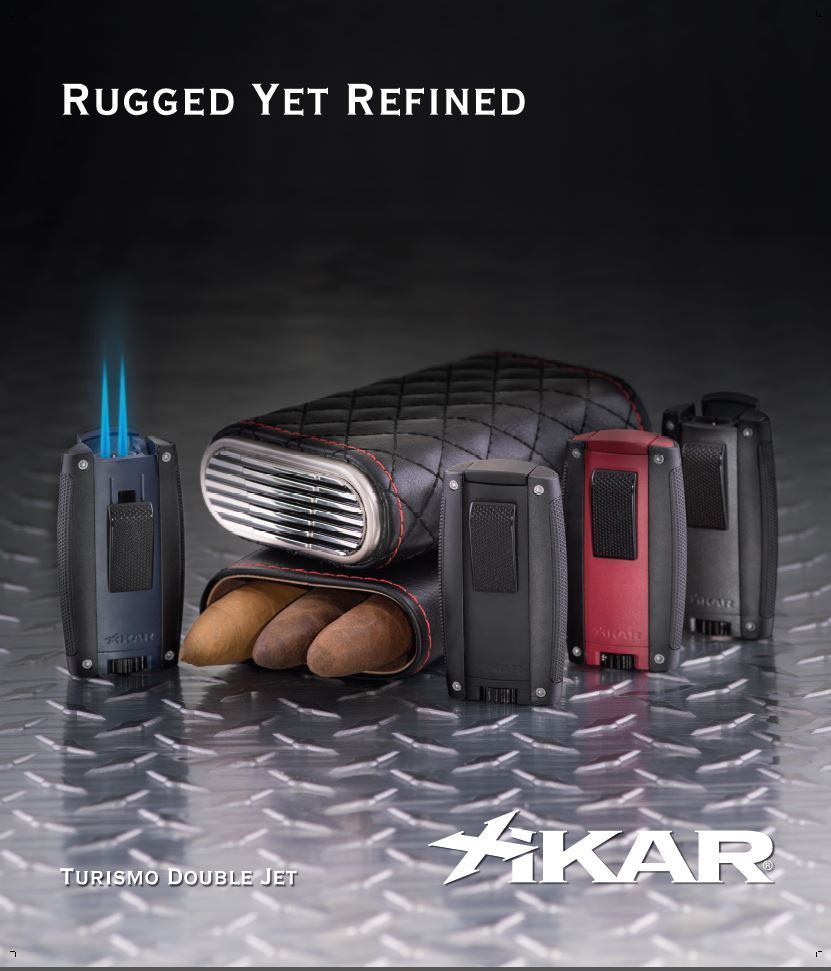 As the name suggests, the HP3 is an inline triple flame lighter, with the two outer jets angled by eight degrees towards the center jet. The body has been designed with what the company describes as “sharp lines and aggressive curves” that enhance ergonomics and grip.

The HP3 is being offered in four finishes, Burnt Yellow, Daytona Red, Matte Black and G2, which is a gunmetal grey color. It’s priced at $99.99.

Both lighters will be shown off at next week’s IPCPR Convention & Trade Show and will ship to stores later this month.