In late April, XIKAR announced the release of a brand new single-flamed lighter called Allume that would be available in eight colors and have an MSRP of $49.99. The Allume is a new lighter that in many ways looks like a smaller version of the company’s XTX Double and Tabletop lighters. The XTX name and models have since been discontinued as XIKAR has expanded the Allume line with double and triple-flame models that are currently available and have price tags of $69.99 and $99.99, respectively, though here only the single jet version is being reviewed.

At its most basic, the XIKAR Allume is a pocket-friendly lighter that is marked by a side squeeze action that opens a pair of retracting panels on the top of the lighter while igniting the jet in one fairly simple motion.

Over the past several weeks I’ve been putting the Allume through its paces, an interesting process given my lack of use of single-flame lighters for the most part, but an educational one that reconnected me with a very popular style of lighter.

As I’ve mentioned in my reviews of other lighters, there are three categories that a lighter must succeed in for me to give it a recommendation: Does it work? Does it last? Does it reflect my personal style?

There is no question that the single-flame Allume works, so let’s just get that out of the way first. It will most certainly light your cigars as well as pretty much any lighter on the market; the question is how it does it.

Given that I have been using triple-flame lighters so much, for the first couple of uses the single-flamed Allume feels small and unfamiliar in the hand—much like what I imagine a lancero or petit corona must feel like to a person who smokes 6 x 60s on a regular basis. The mechanism is a bit unfamiliar as well as this is the first side squeeze action lighter that I have ever used on a regular basis, with the pull down mechanism found on the XIKAR Trezo and Colibri Stealth the one I tend to favor. It does get to be a bit easier and more familiar with time, but there is one problem that keep running into that reminds me why I avoid this style of lighter.

The side opposite the ignition seems to get the hottest of the any part of the Allume, and I often find my index finger getting warm from placing it in a position that is too close to the flame, though it is a position that feels the most natural given the lighter’s design. With time and practice—and thankfully no burns—I’ve become more conscious about where I put my index finger, but the times when my finger gets warm still outnumber the times when it doesn’t. The Allume also seems to hold its heat levels more than other lighters I have used, staying warm for a few minutes after I last used it. 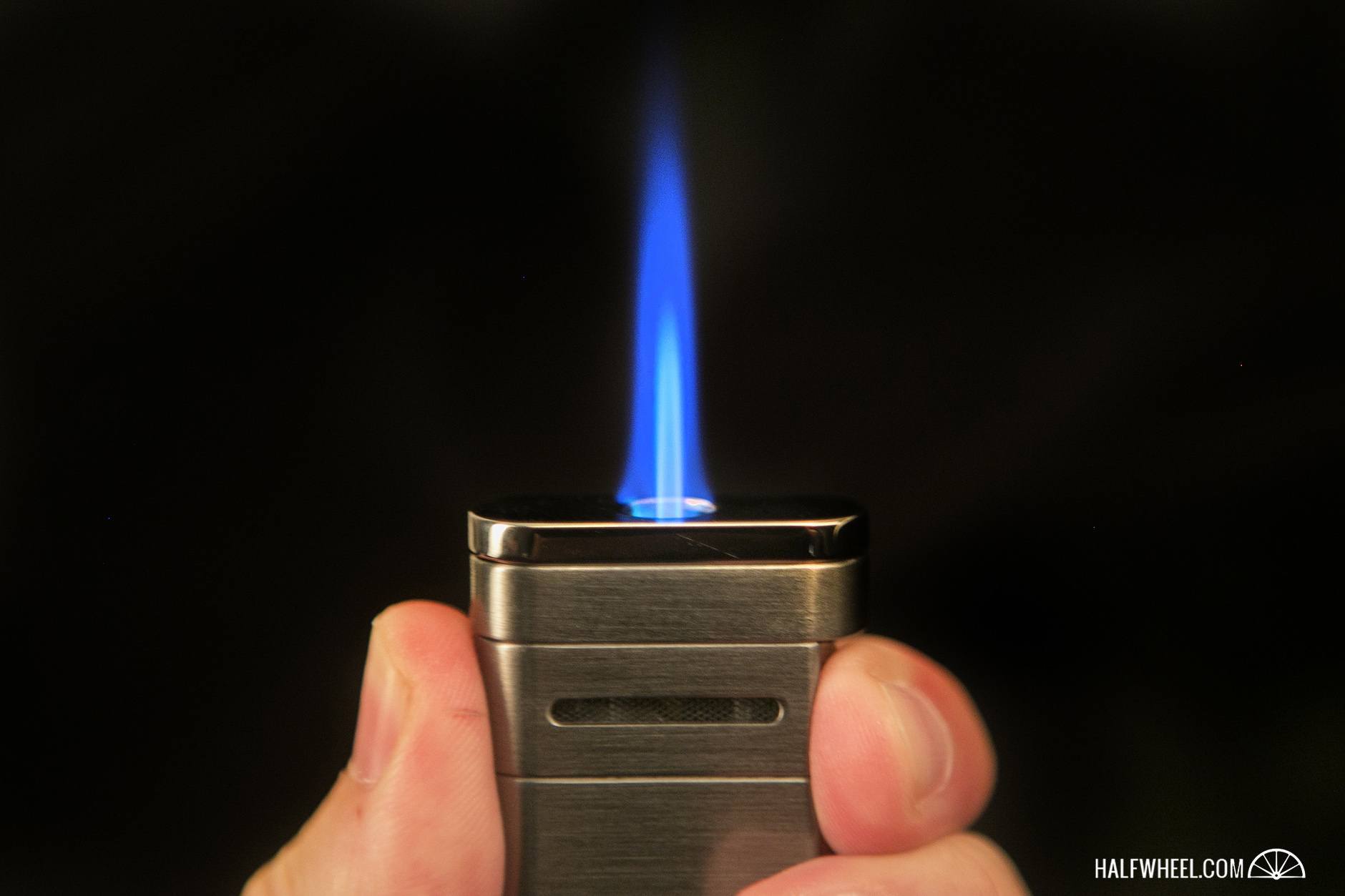 With my frequent use of triple jet lighers so frequently, I’d forgotten what a more time intensive process using a single jet can be to light up a cigar. It’s not exponential certainly, and when the flame level gets dialed via the easy to operate wheel on the bottom of the unit into a spot that balances flame height and intensity just right, it’s not that much of a difference. Having a smaller flame does require more hand movement to get the foot of any cigar evenly toasted, but I also found that it didn’t scorch the sides of cigars nearly as frequently as triple flame versions. It also offers a much more precise method for touching up a cigar than you can get with a triple flame, a definite win for this option.

As for its durability, it hasn’t shown any signs of having problems after a couple of weeks of about as much work as I could give it. The mechanism still feels just a touch firm and I can’t recall a single misfire in the time I’ve used it. I certainly wouldn’t expect any lighter to have any issues after the work load the Allume has been through, though it is reassuring to have XIKAR’s lifetime warranty standing behind the lighter should anything come up. 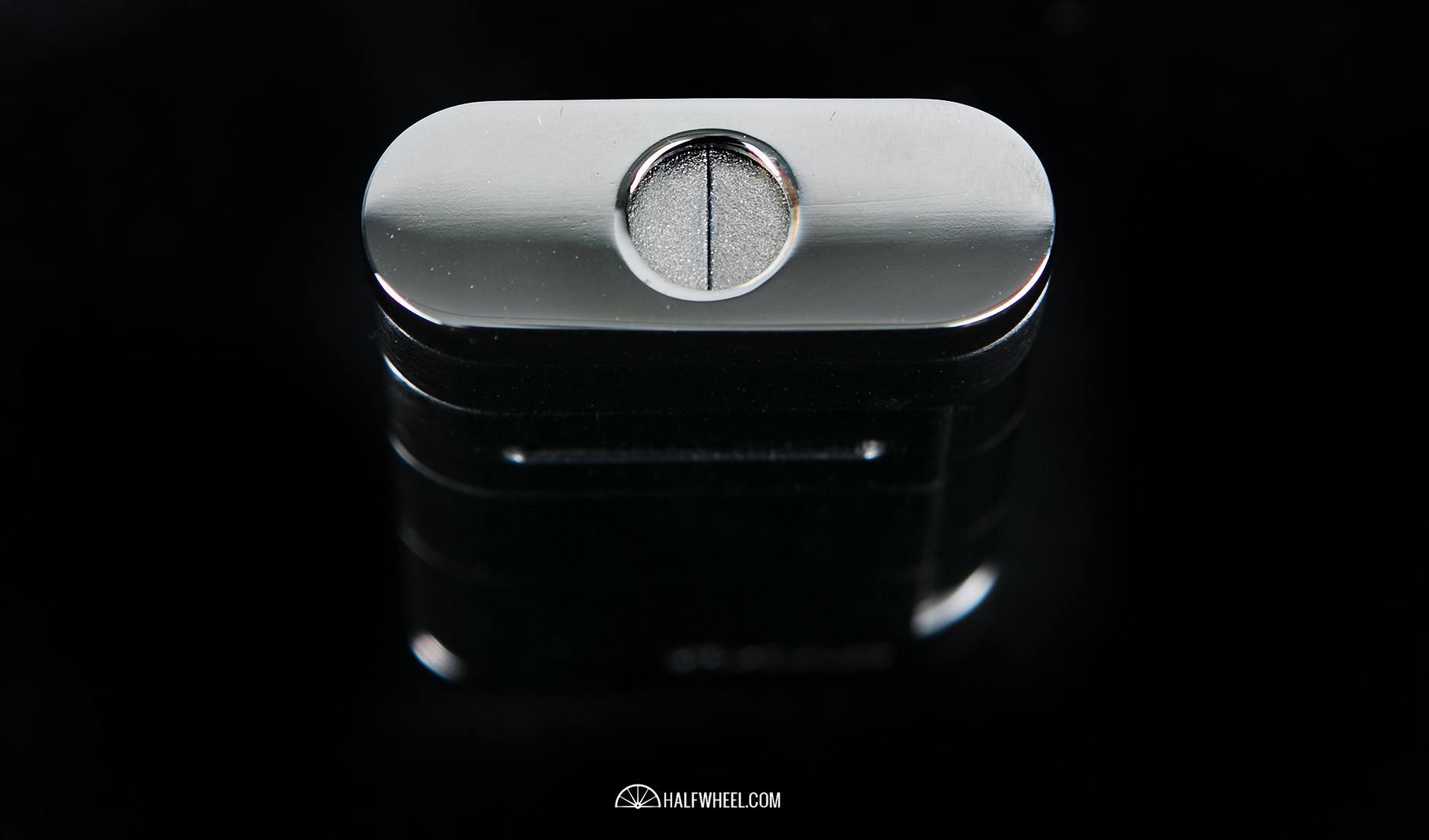 The style component is one where the Allume stands above many other lighters from XIKAR in that is offered in eight different finishes, both the traditional metal stylings as well as a deep red called Riot, orange (aka Crush), yellow (aka Electric) and a bluish-purple called Imperial. Assuming you like the lighter and the way it works, there is bound to be a color or two that would fit your style. Add in that you can have your Allume engraved when you order it through the XIKAR website, and now you’ve got an even more personalized option.

There is a thin film on the lighter that would appear to be there to protect the finish, but the more I used it, the more it started to shrivel and come off, resulting in a look and process that I can only equate to peeling off the dead skin following a sunburn. This leaves me with a good bit of concern about how the appearance of the lighter will hold up over time, and fact the unit I’ve been reviewing already has some signs of wear and I can imagine it won’t look anything like it did when it was new in six months if not sooner. 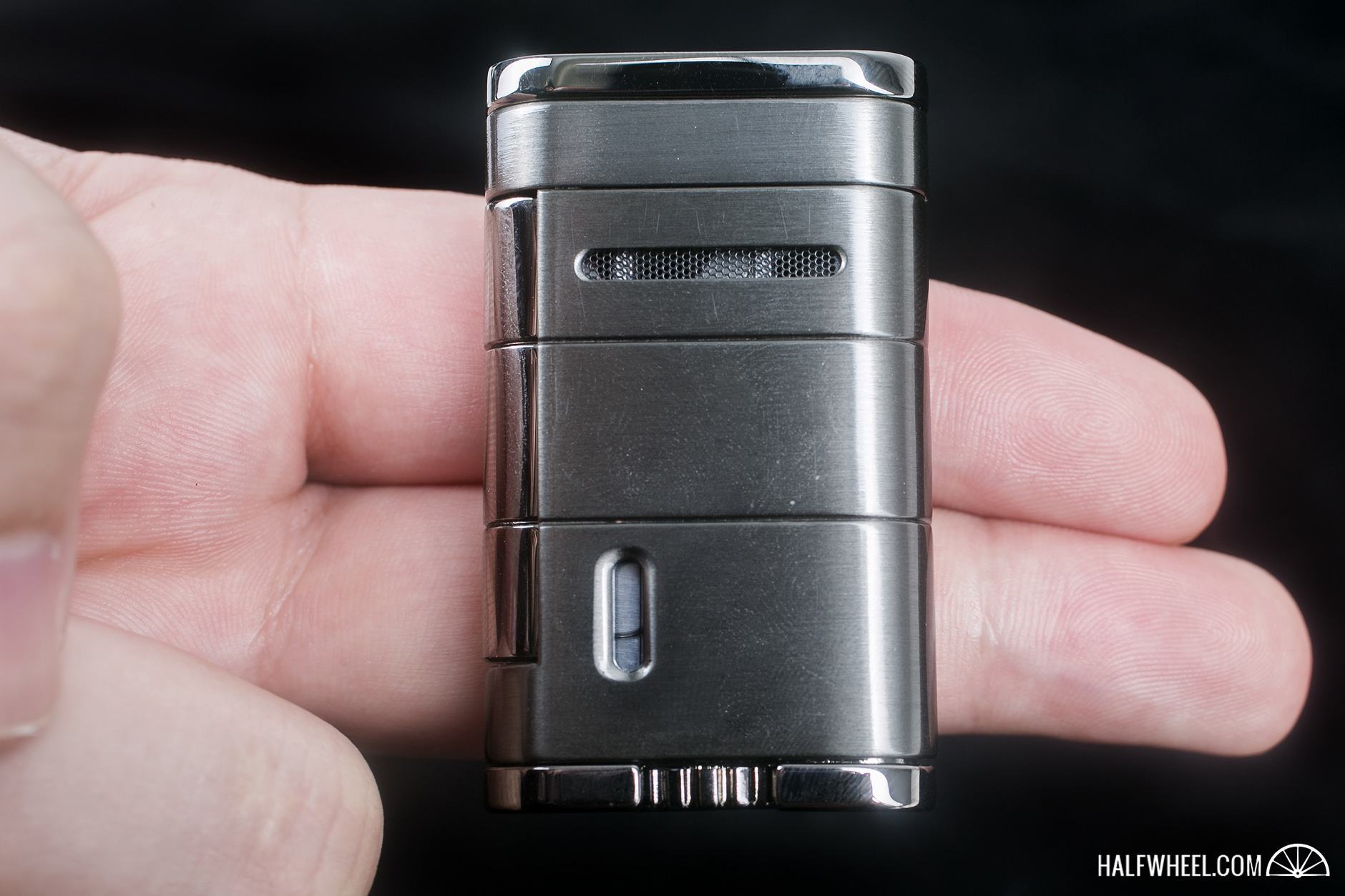 As for the lighter’s design, it’s a clean, sleek and fairly compact little design that is attractive, sizable mesh air vent on both sides of the unit and a small but very functional fuel window on its back side. If you prefer having a small and compact torch, this is as good of an option as any, and with its $50 price is much more affordable than the well known MaxiJet and MiniJet from S.T. DuPont.

One aspect of the Allume that I absolutely love and am glad I discovered is that it is impossible to ignite the lighter when it is upside down, something I could see happening with the lighter in a full pocket. When the lighter is completely upside down, and with a range of about 30 degrees either way, some sort locking mechanism engages and prevents the lighter from igniting. It’s not active when the lighter sits at a 90 degree angle, so it’s not quite foolproof, but it certainly offers a level of reassurance. Of course, the lighter could still engage when right side up, so a level of caution must be exercised with how you store and carry the unit. For full disclosure, the aforementioned lighters from S.T. Dupont have the same feature.

While the Allume works, I can’t say I’m totally in love with how it functions given my finger’s proximity to the heat and a somewhat unfamiliar and uncomfortable method of engaging the lighter. For comparison, the XIKAR Flash is a single jet lighter with the ignition on the front of the device via a single thumb push action, something I think would be preferential. Neither of those devices have any kind of safety on them though, meaning an accidental ignition of the lighter is a possibility, albeit one I would think is a small risk. I will say that with the fliptop of the XIKAR Trezo, I can’t say I’ve ever even considered such a mishap.

I also have concerns about how the lighter’s appearance will hold up with time and use; assuming anything other than perfect handling it seems like the look will steadily deteriorate. It’s a fact that most lighters such as this will go through a similar process, but the Allume seems to be showing its wear much more readily than some of its competitors or other options in the company’s catalog.

At this point, while I don’t think I would purchase a XIKAR Allume for myself, I think it could be a viable option for many cigar smokers. It did a very good job reminding me of the benefits of a single jet lighter, and I intend to revisit an older XIKAR single that I have. But will it be lighting more cigars than my Trezo? Not likely.

The sample for this review was provided to halfwheel by XIKAR.