Anyone even remotely familiar with the cigar industry is well aware of the growth of the big ring gauge cigar over the past few years—and it appears that XIKAR might have borrowed from that trend a bit for its newest lighter release, the 5 x 64 Turrim.

The Turrim is a double-flame lighter that features the largest fuel tank ever released in a XIKAR lighter, capable of holding 3.4g of butane inside its metal body. Because of the Turrim’s tall and cylindrical shape, XIKAR describes it as being “ideal for the smoker on the go,” citing that it can fit in the slot of a travel case, while also making for a solid tabletop lighter option. “With the 5×64 Turrim, XIKAR introduces a lighter truly unique to the cigar industry.” said Kurt Van Keppel, ceo and founder of XIKAR, in a press release when the lighter was released. “It fits perfectly into your cigar travel case and provides 20% more fuel capacity than previous tabletop lighters from XIKAR. With just the right amount of flame power, the 5×64 Turrim embodies the perfect table or travel lighter for any cigar enthusiast” he added. 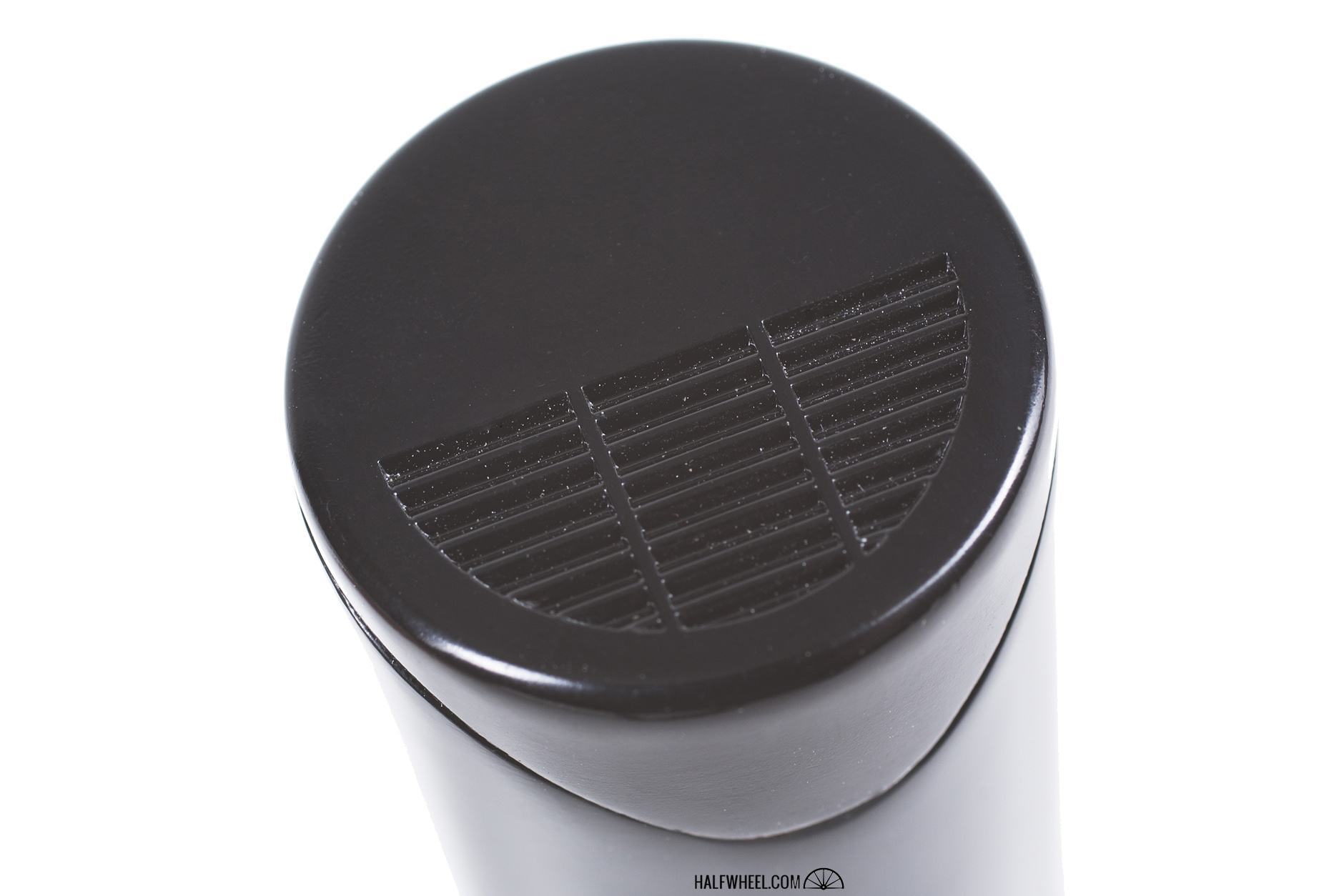 At first impression, it is a unique presentation for a lighter; while most lighters geared towards premium cigar smokers tend to fall into a boxy, rectangular shape or the occasional micro blowtorch format (such as this BernzOMatic model I reviewed), the XIKAR Turrim is much more vertically oriented, a skyscraper of a lighter in a neighborhood of townhouses. The curving lines of the hinged lid provide a distinct contrast to the solid base of the lighter, marked by its oversized flame adjustment wheel. If you’re familiar with XIKAR’s portfolio, you might find some similarities to the XIKAR Ellipse lighter, with a hinged lid and ignition that functions similarly to the Turrim but in a smaller format. 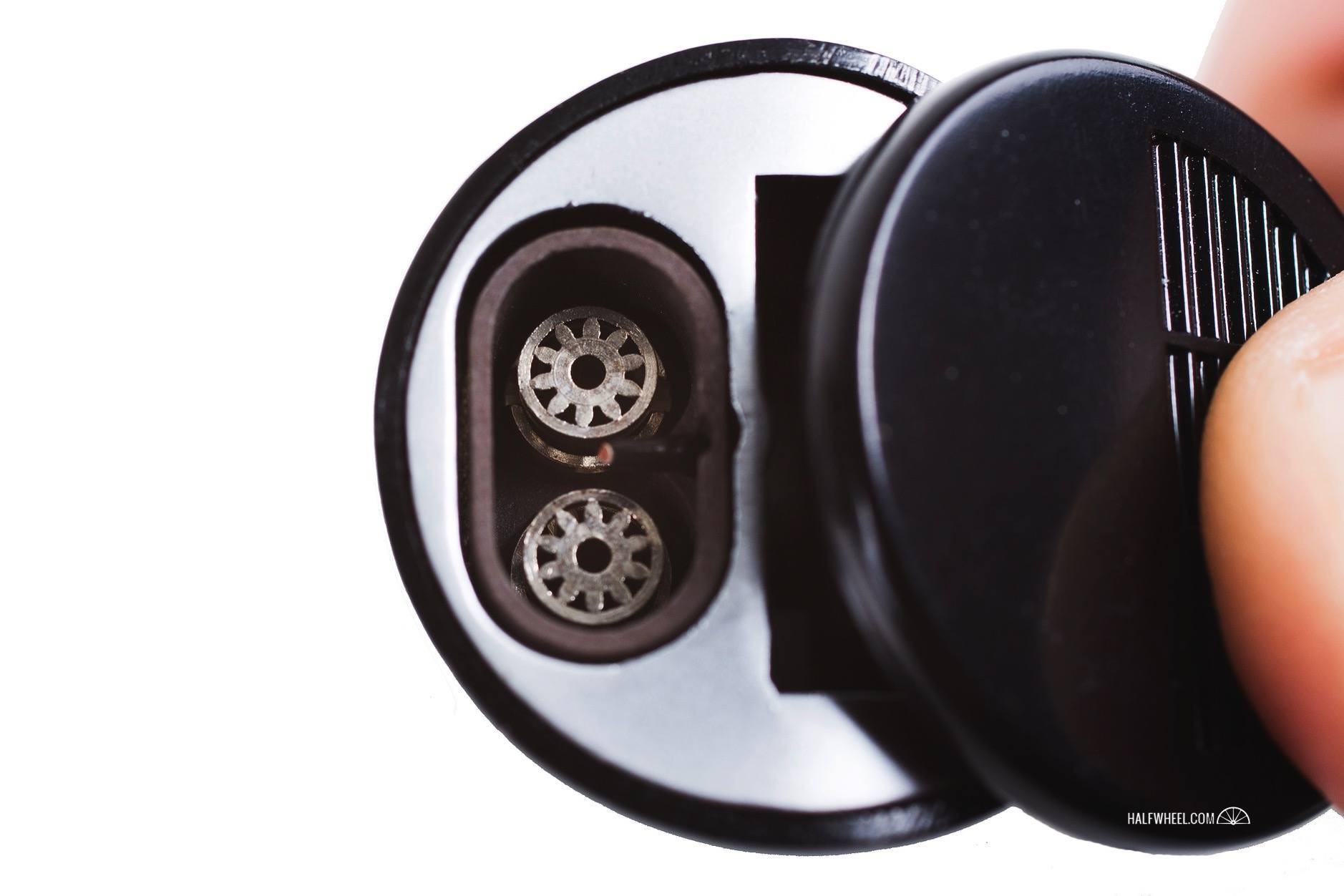 Depending on which kinds of lighters you have used, the motion to open and ignite the Turrim will feel familiar, and even if it’s different from those you’ve used before, it is pretty natural and quick to learn. Holding the lighter in your hand, you simply use your thumb to retract the lid by using the half that is textured, which starts the flow of butane and fires the ignition, all in one movement. On a simplicity scale, it’s about as easy as you will find, and the fact that it is an all-in-one movement, complete with the automatic retraction of the lid, is a huge score in my book.

It is a heavy lighter though, almost feeling like a roll of quarters but a bit lengthier. Several people who I showed the lighter to commented that it could be used as much as a weapon as a lighter due to its sizable weight and design. This isn’t a lighter that will simply slip into your pocket unnoticed, and if you choose to put it in a travel humidor, you’ll feel the added heft the first time you pick it up. I tried it in a XIKAR five-count travel case and not only did I notice the heft, it also took up more than its allotted space and made it feel like the other four cigar were being squished. You won’t likely notice this if you only smoke coronas and lanceros, but the idea of getting four 54-ring gauge cigars and a Turrim in a five-count case seems like a stretch. 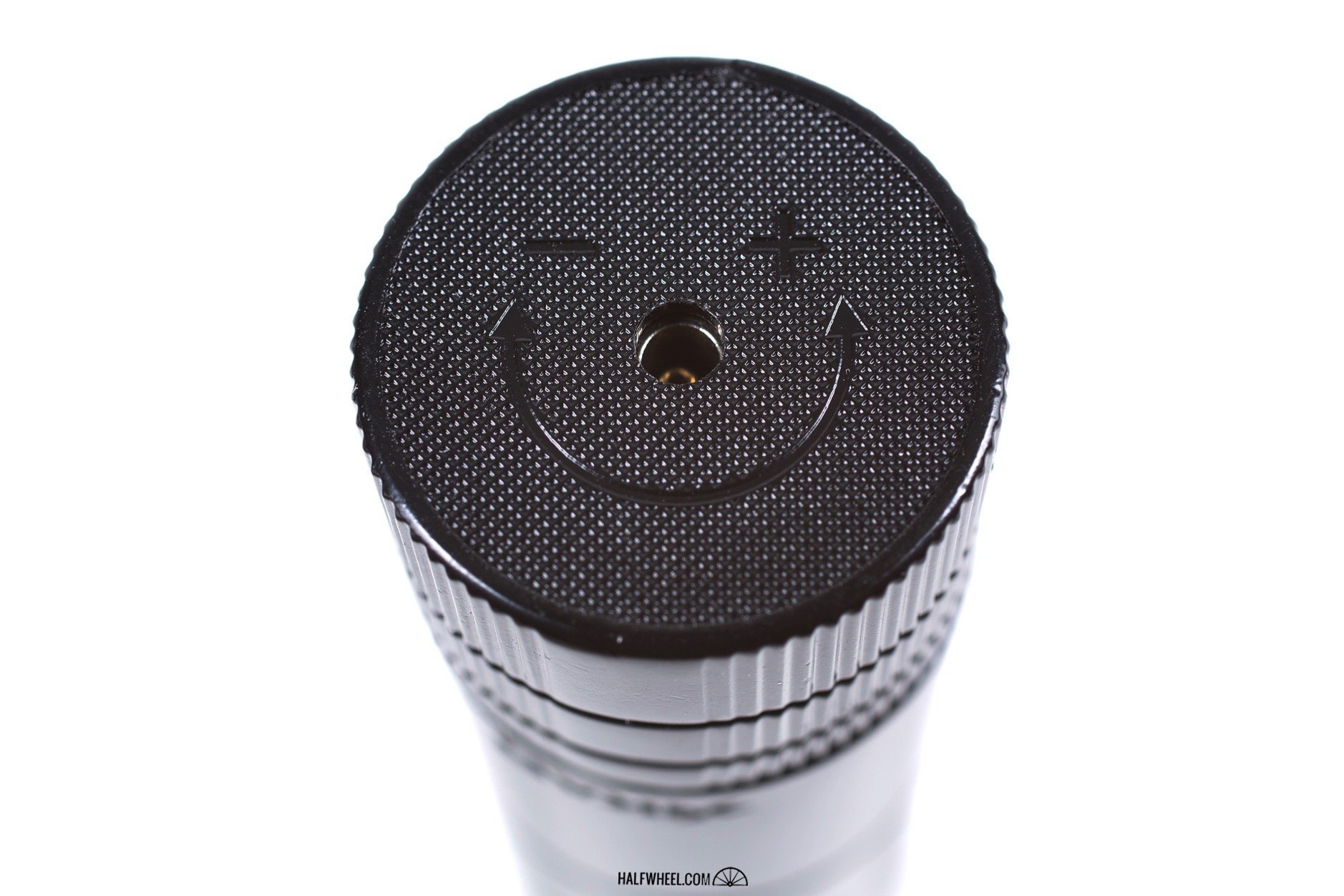 Adjusting the Turrim’s flame is equally as easy as igniting the unit, thanks to a patented, ratcheting oversized adjustment wheel on the bottom of the device that doesn’t require any tools, just your fingers. While I almost never recommend cranking a lighter up to its full flame potential, the Turrim seems to be an exception. Surprisingly, the lighter won’t ignite with the adjustment wheel at or below the halfway point, rendering those settings useless. In fact, the lighter extinguishes itself if you start it wide open and then turn it down just two or three clicks—and there are nine stops between the two endpoints. At its fullest, the Turrim isn’t a flame-spewing beast, but rather a fairly tame dual-jet torch lighter. The highest setting seems to be the best setting—although may be a bit much—but seeing as how I only had the option of going a click or two down before the lighter went out, there wasn’t a lot of room to fine tune the flame.

As with all torch lighters, a thorough bleeding of the air inside the lighter is highly recommended before each refill, and as you might have guessed because of the size of the Turrim’s tank, it takes a bit longer to bleed it than it would a smaller device. Prepare to spend a good minute or two evacuating all the air in tank before you refill, which fortunately is a much easier process and takes just a few seconds. 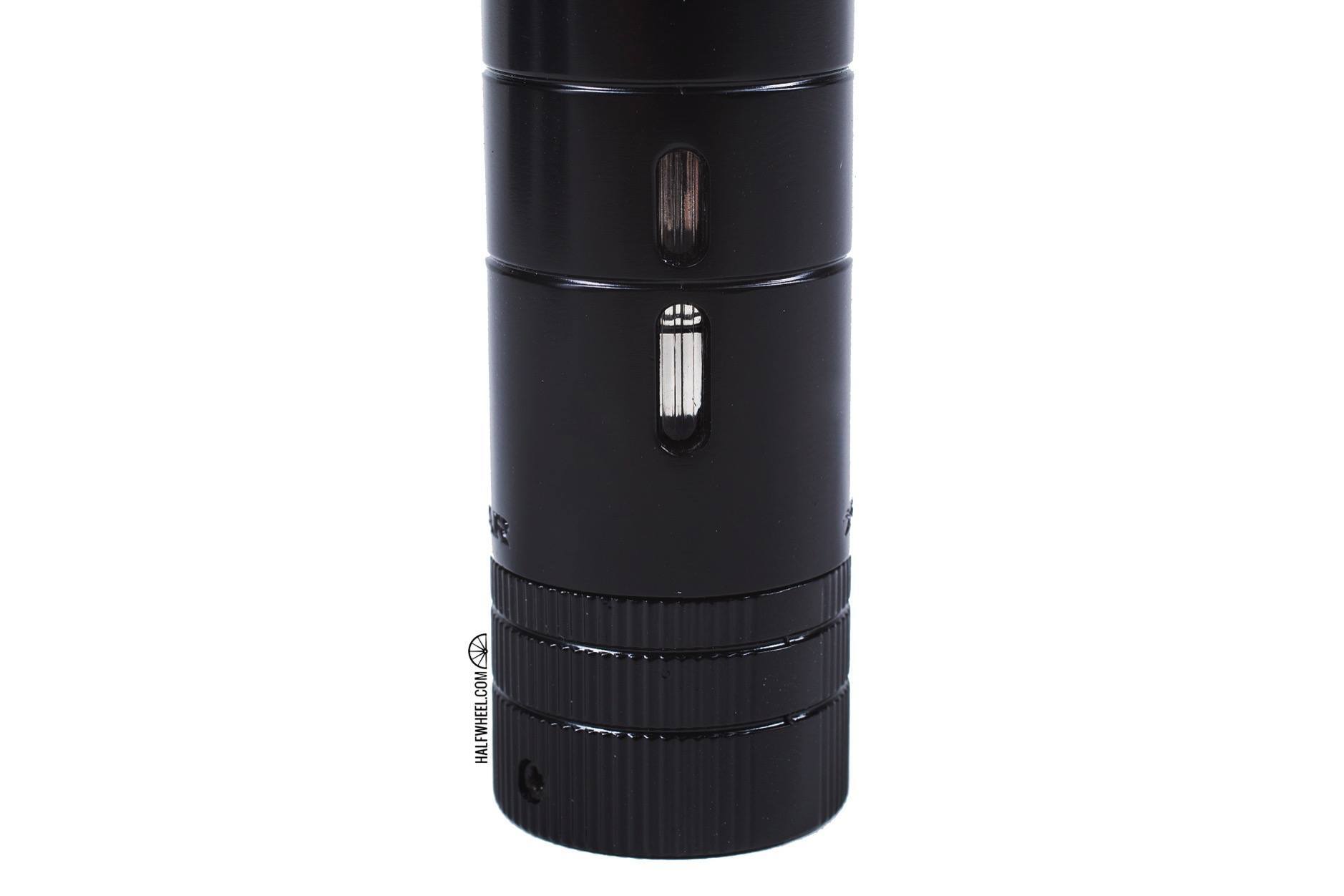 During my use of the XIKAR Turrim, I found that the lighter would go out at seemingly random times, or at least at times when other lighters wouldn’t. For instance, with a freshly filled tank, the lighter would go out when I took a puff on a cigar as I was lighting it, seemingly overwhelmed by the air movement. In other instances, the jets would stop producing flames even without the affect of any air movement, as if they had just run out of fuel or had some sort of interruption to the flow of fuel, even though I could see there was still a good amount left in the tank. To say it was frustrating would be appropriate if somewhat of an understatement, as I have come to expect much better performance from XIKAR lighters. The capper of the experience was when I was at a cigar dinner a few weeks back and the Turrim sputtered on me, prompting the person next to me to ask if I wanted to use his lighter instead. You can imagine his quizzical look when I politely declined and told him that this was a brand new lighter from XIKAR that I was in the process of reviewing and actually needed to deal with the inconvenience. 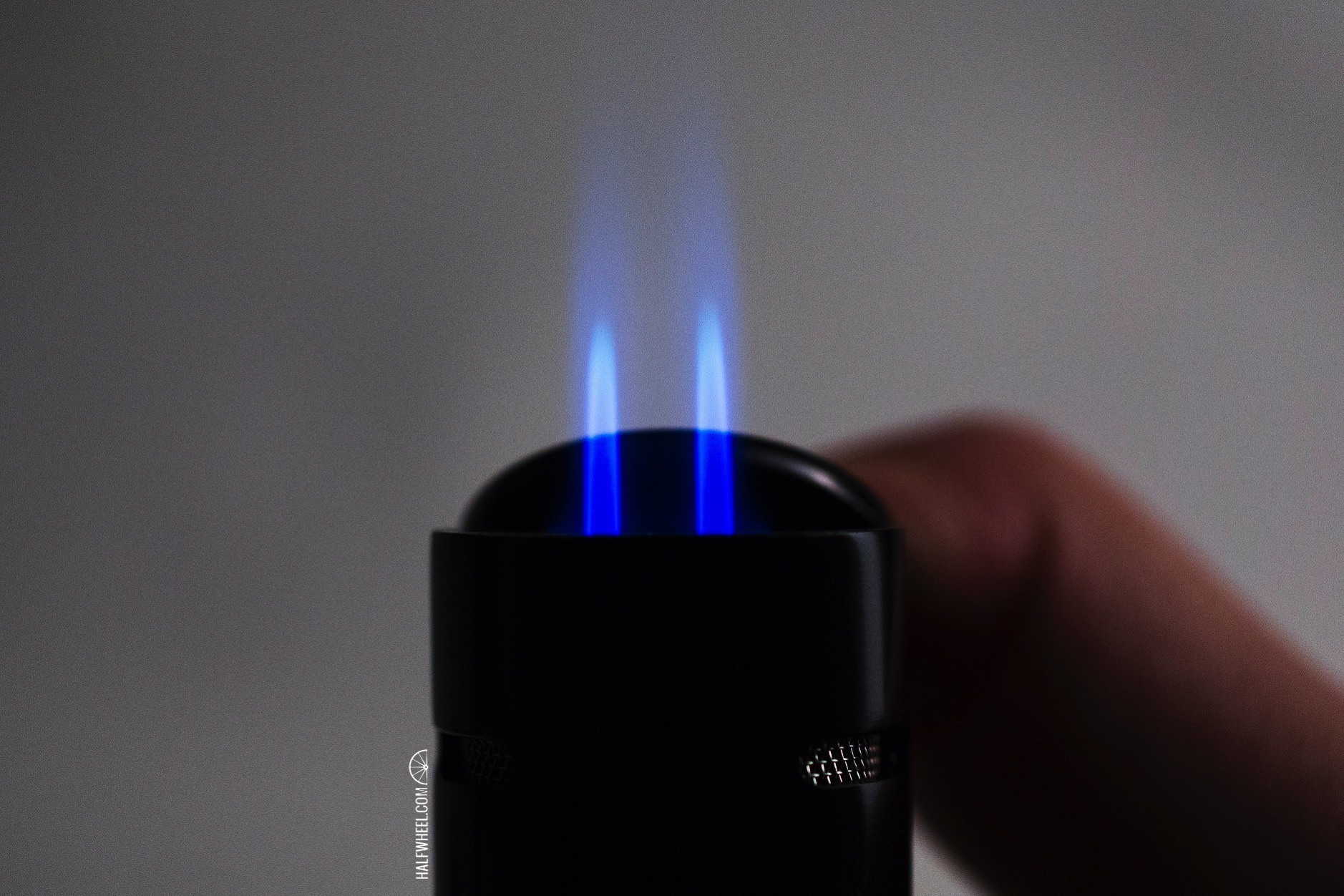 After spending several weeks with the XIKAR Turrim, I can’t help but feel a bit disappointed by its performance, despite generally liking the design and functionality of the lighter. Yes, it is a bit prone to tipping over due to its narrow base, but it’s not as problematic as another lighter I reviewed, and as long as you can avoid knocking it over with an errant arm movement you should be okay. When cranked up to its highest setting, the lighter generally works pretty well, though the occasional sputtering of the flame is a frustration that shouldn’t come with such a product, particularly one that is fairly close to a three digit price tag.

While I don’t think XIKAR needs to completely redo the Turrim like they did the Allume, I have to think that some sort of improvement will be made, especially if they are finding that the first batch or two is performing much the same way that mine did. Hopefully a small internal tweak or increase in quality control is all that is needed as otherwise this is a pretty decent lighter. I’m still not sure if I would treat or qualify it as a tabletop or portable lighter, which may just add to its appeal as being able to serve both roles equally well. I still wouldn’t mind having a few rings gauges shaved off this unit though, a comment I tend to make more about cigars than lighters.

The XIKAR 5 x 64 Turrim lighter is available in three finishes: black, G2 and brushed silver, each with an MSRP of $79.99.

The XIKAR Turrim used for this review was provided by XIKAR.