The versions sold last year had a simple white band that read WUNDER|LUST on the top and pre-release on the bottom. That prerelease moniker isn’t what readers of this site likely would identify as a prerelease as those cigars were sold to 20 retailers with each of the four sizes limited to 250 boxes of 44 cigars. This year, Wunder|Lust returned sporting a more polished looked and a darker wrapper. Gone is the singular white band replaced by a baby blue main band over an inner accenting white band similar to RoMa Craft’s other releases.

Blend-wise, the components remain the same, which means the wrapper is still a Brazilian mata fina (Castaño osucro) leaf. According to Skip Martin, co-founder of RoMa Craft, the wrapper on the full production cigars is “a little higher quality” which made the blend “a little stronger” than the 2016 versions.

Underneath that is an Indonesia Besuki binder and an undisclosed filler blend.

“Wunder|Lust is a very unique blend, and something completely different for both RoMa Craft Tobac and Nica Sueño,” said Martin to halfwheel. “It was inspired by the tobaccos we found in the massive inventory that the Schusters maintain in their own factory. The name is a combination of the idea behind wanderlust and the German cultural use of the word and prefix wonder.”

Here is what I said about the Wunder|Lust Robusto in my original review back in January 2016:

I have to be honest, I have been looking forward to trying the Wunder|Lust since I heard it existed, and it turned out to be as good as I hoped. While not extremely complex, there are quite a few different flavors noticeable in the profile, especially in how the rich meatiness that rears its head in the second third combines with the ever changing sweetness that is also present throughout.  It is really great to see RoMa Craft trying new and different things, and the Wunder|Lust is a wonderful example of that. Highly recommended if you can get ahold of one.

The rest of the site seemed to agree with me as it finished ninth on halfwheel’s top 25 for 2016. 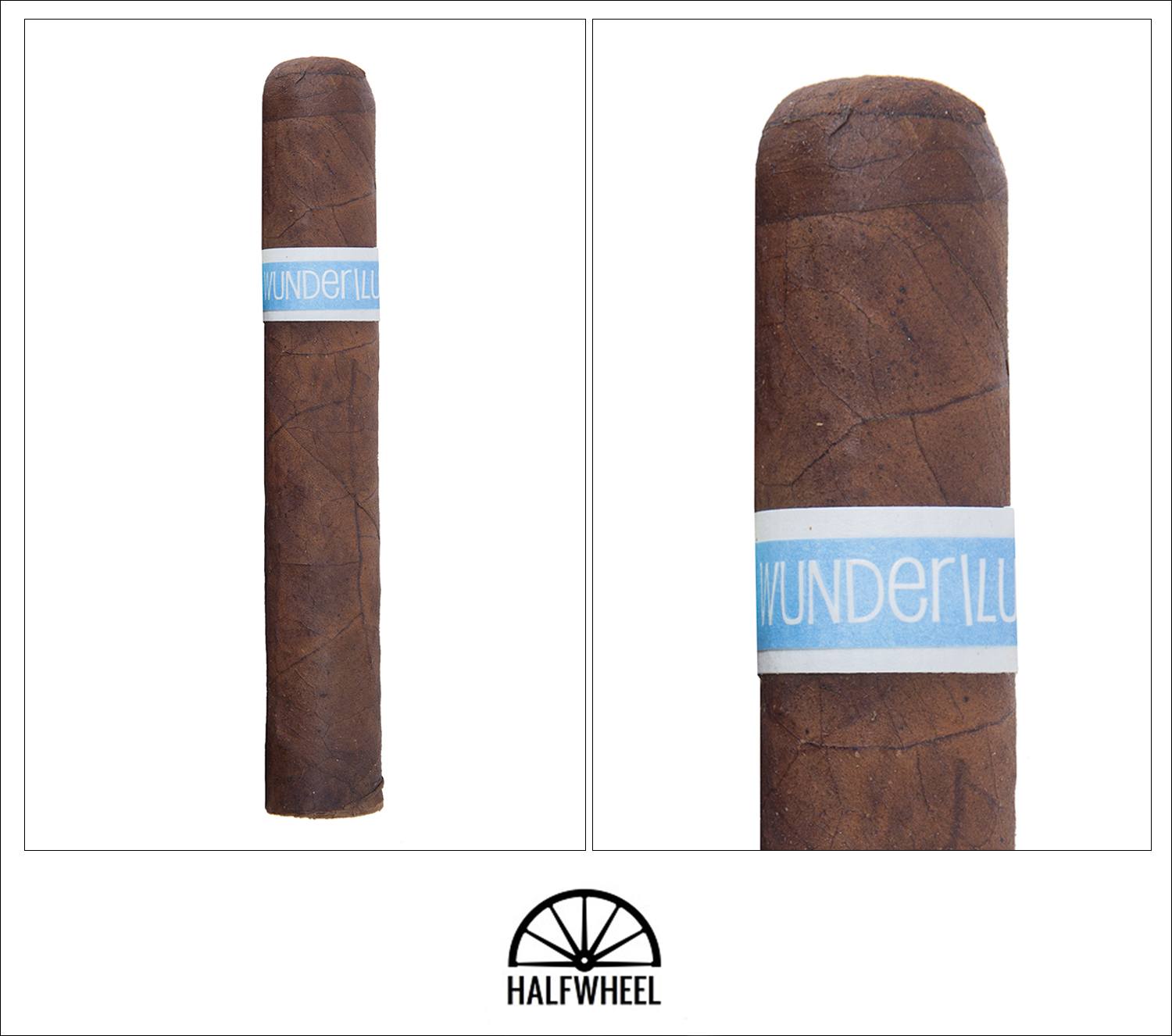 Visually, the wrapper on the Wunder|Lust Robusto is both darker and more rustic than the samples in my first review, and reminds me of an oily parchment when I run my fingers down the leaf. The understated baby blue band looks great and the cigar has some nice give to it when it is squeezed. The wrapper smells strongly of a combination of aromatic cedar, manure, raisins, earth and leather along with just a touch of black pepper, while the cold draw brings flavors of dark cocoa powder, espresso beans, oak, lemongrass, earth and dark fruit sweetness.

It starts out with a bang immediately after lighting, with flavors of bitter dark chocolate and creamy cashews easily taking the top spot, followed closely by notes of meatiness, cinnamon, creamy oak and freshly roasted espresso beans. There is some meatiness that I remember from my first review present, but it is far from dominant in the profile. A very distinct cotton candy sweetness begins to develop late in the first third and it only gets stronger as the cigar burns down combining with some aggressive but not overwhelming black pepper that is present on the retrohale. The second half of the Wunder|Lust brings a few new flavors—including a new dominant flavor of milk chocolate—but the big change is the cotton candy sweetness, which seems to keep increasing in strength until just after the halfway point, after which it slowly begins to lose distinctness. Another big change is the addition of some aggressive spice on my tongue as well as some noticeable salt on my lips, both of which fade to nothingness about halfway through the final third. As was the case with the samples in my original review, the construction on my redux cigar is great. The draw features the perfect amount of resistance for my tastes, smoke production is dense and copious and the burn stays very close to razor sharp with the exception of a touch up in the first third. Strength gets close to full by the final third, but it never crosses the line by the time I put down the cigar nearly an hour and a quarter later.

I was impressed with the Wunder|Lust Robusto when I first reviewed it, and I am impressed with it now, albeit for totally different reasons. When I smoked the 2016 version, the profile was full of a few rich, distinct flavors, but was not overly complex. This time around, that has shifted, and the blend has complexity to spare. While the meatiness that I noticed in my first review was still present, there were a multitude of flavors that outshone it, including bitter dark chocolate, salty cashews and a cotton candy sweetness that hit its high point just after the halfway mark. While the overall strength of the Wunder|Lust Robusto has increased a bit, the balance in the blend that impressed me the first time around was unaffected, leaving me no choice but to once again recommend this cigar to anyone who can find them.