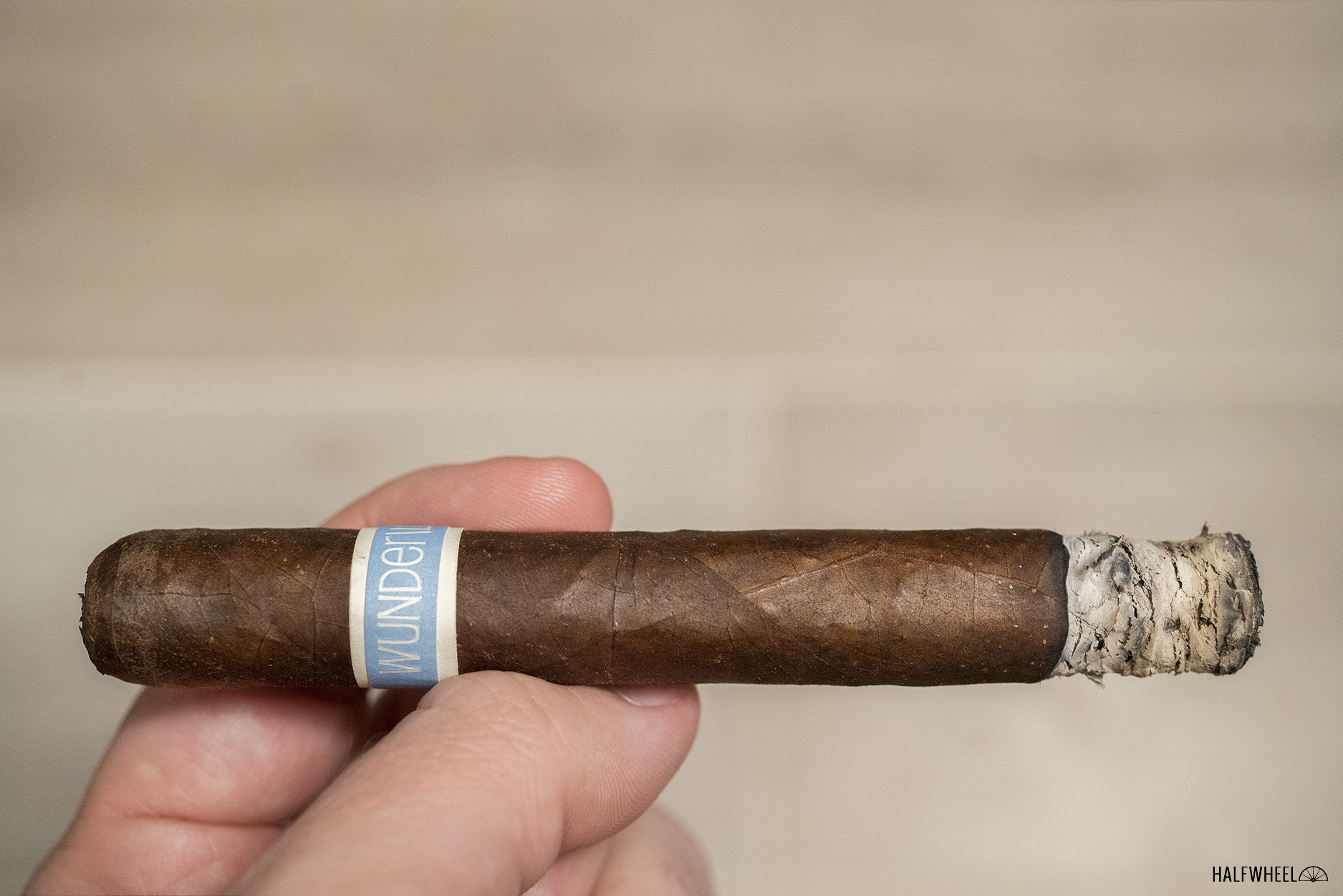 Wunder|Lust, a line that is part of the RoMa Craft Tobac portfolio, debuted in 2016 as an exclusive cigar for the European market, and in particular the German market. While it was notable for being a RoMa Craft cigar not available in the United States, it was equally as notable for all the speculation about what the cigar’s filler contained, since the company never disclosed it. Around that undisclosed filler is an Indonesian binder and a Brazilian mata fina binder.

“Wunder|Lust is a very unique blend, and something completely different for both RoMa Craft Tobac and Nica Sueño,” Skip Martin, RoMa Craft Tobac’s co-founder, told halfwheel in 2016 when the cigar was released. “It was inspired by the tobaccos we found in the massive inventory that the Schusters maintain in their own factory. The name is a combination of the idea behind wanderlust and the German cultural use of the word and prefix wonder.” 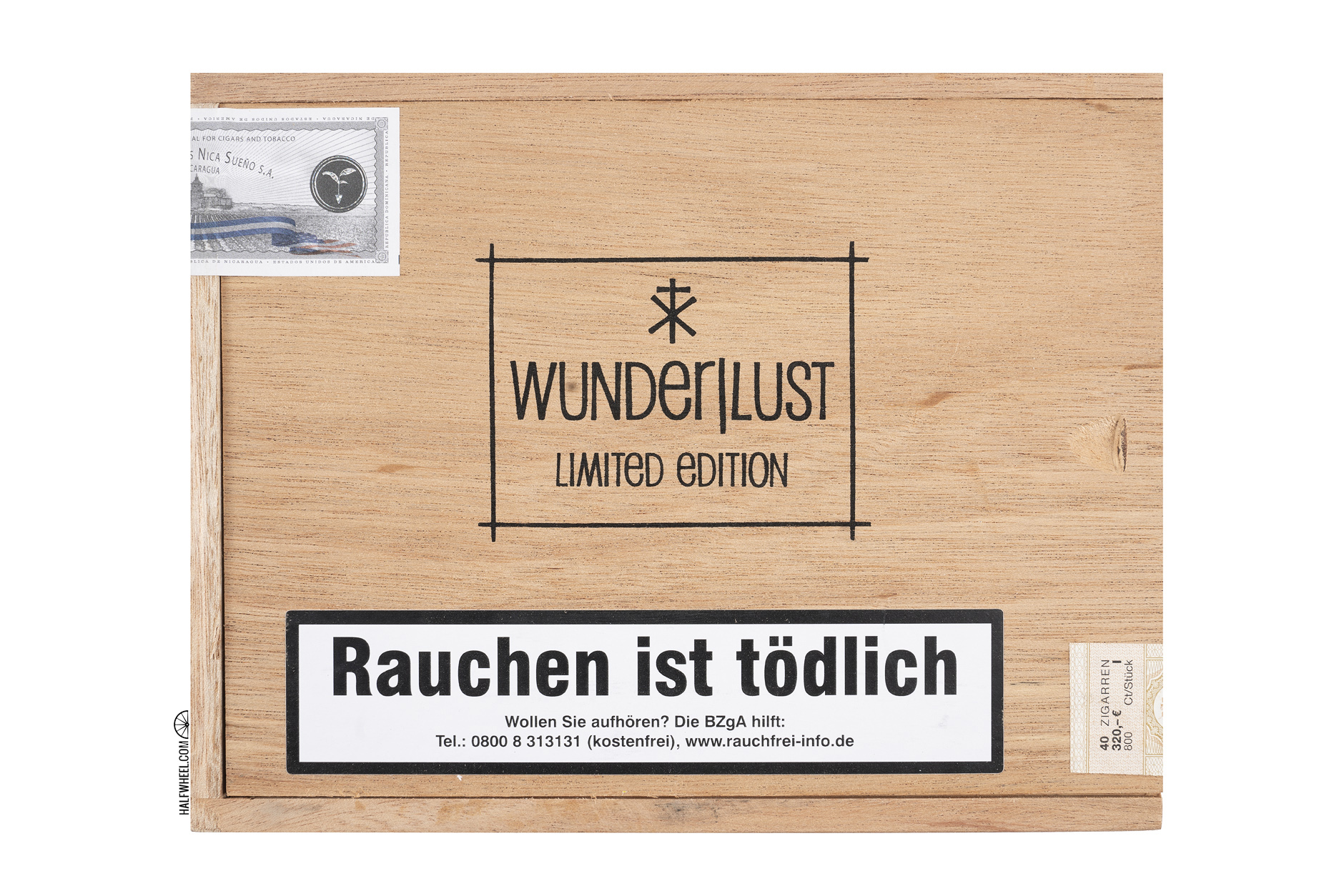 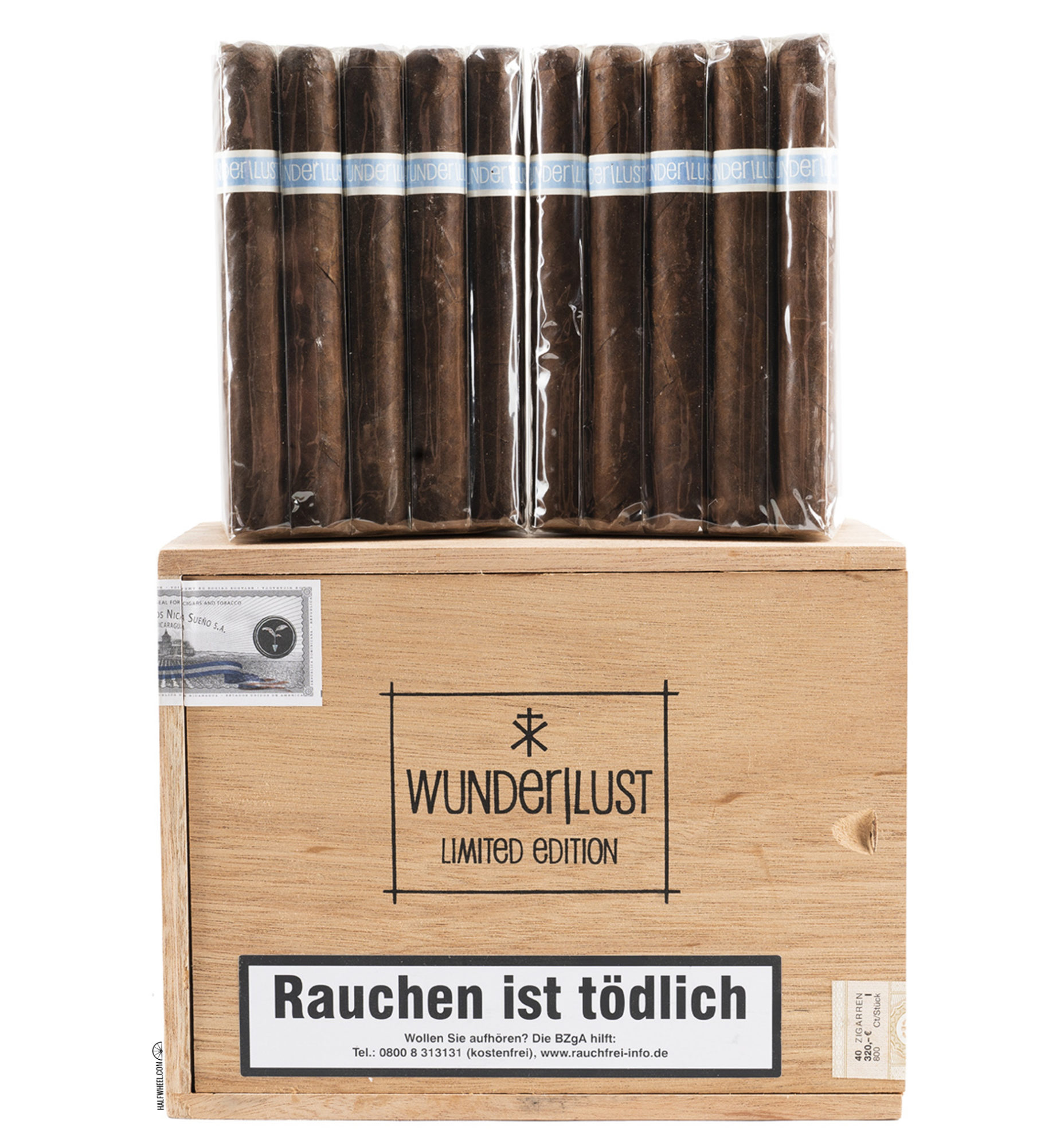 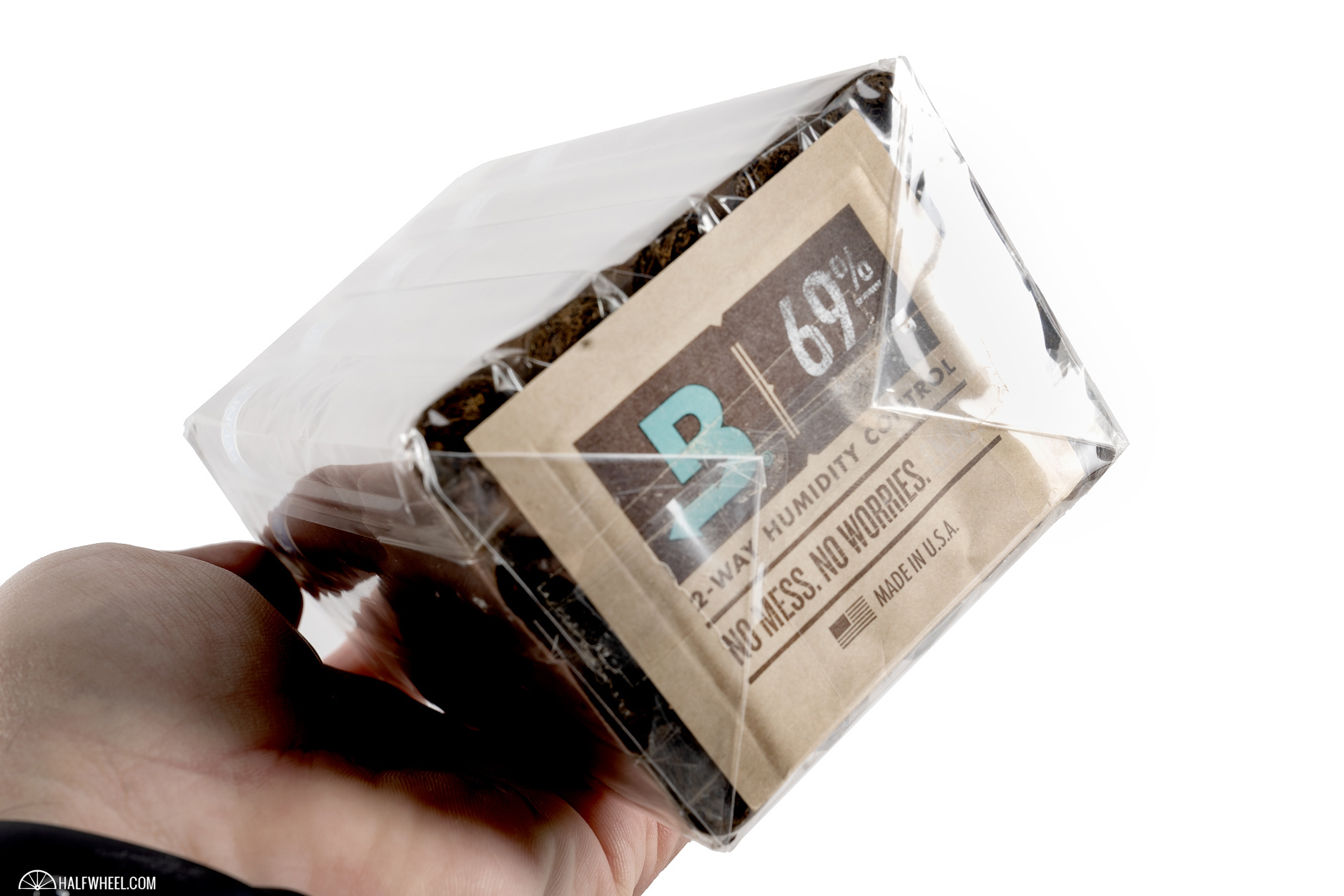 The Schuster family and its company, August Schuster GmbH & Co. KG, are cigar distributors in Europe. Beyond RoMa Craft Tobac, the company has distributed Camacho, Debonaire, Drew Estate, JetLine and La Flor Dominicana amongst others. While RoMa Craft Tobac had previously never thought it would be selling cigars outside of the U.S., it was a 2014 conversation that Martin had with Annmarie Schuster that led them to seriously consider the idea of distribution on the other side of the Atlantic Ocean.

After debuting in four sizes, a fifth was added in September 2019, a 5 5/8 x 46 corona named for a daughter of RoMa Craft Tobac co-founder Skip Martin. It was a limited edition, with just 5,000 cigars produced, split into 125 boxes of 40 cigars, each priced at €8, or just under $9 depending on the exchange rate at the time.

Here’s what I said about the Wunder|Lust Fiorella when I reviewed it in November 2019:

As I mentioned earlier, I haven’t smoked a ton of the Wunder|Lust blend, but the Fiorella hits a number of the same flavor marks as those cigars, albeit in a more intense version. In this skinnier corona vitola, the flavors feel like they have been condensed and intensified a bit, which can be a good thing in spots but can also result in some irritation at times. A slow puffing rates helps to minimize this but can only do so much, as at times it feels like the blend just offers too much for this size. The technical performance is near stellar, only showing some issues in the final third, a consistent note I had across all three samples. While I’d have no problem smoking more of the Wunder|Lust blend in this size, for my palate, a bit bigger ring gauge gives the blend more room to breathe and show all of its enjoyable nuances instead of forcing it into a more concentrated, and occasionally overly intense, experience. 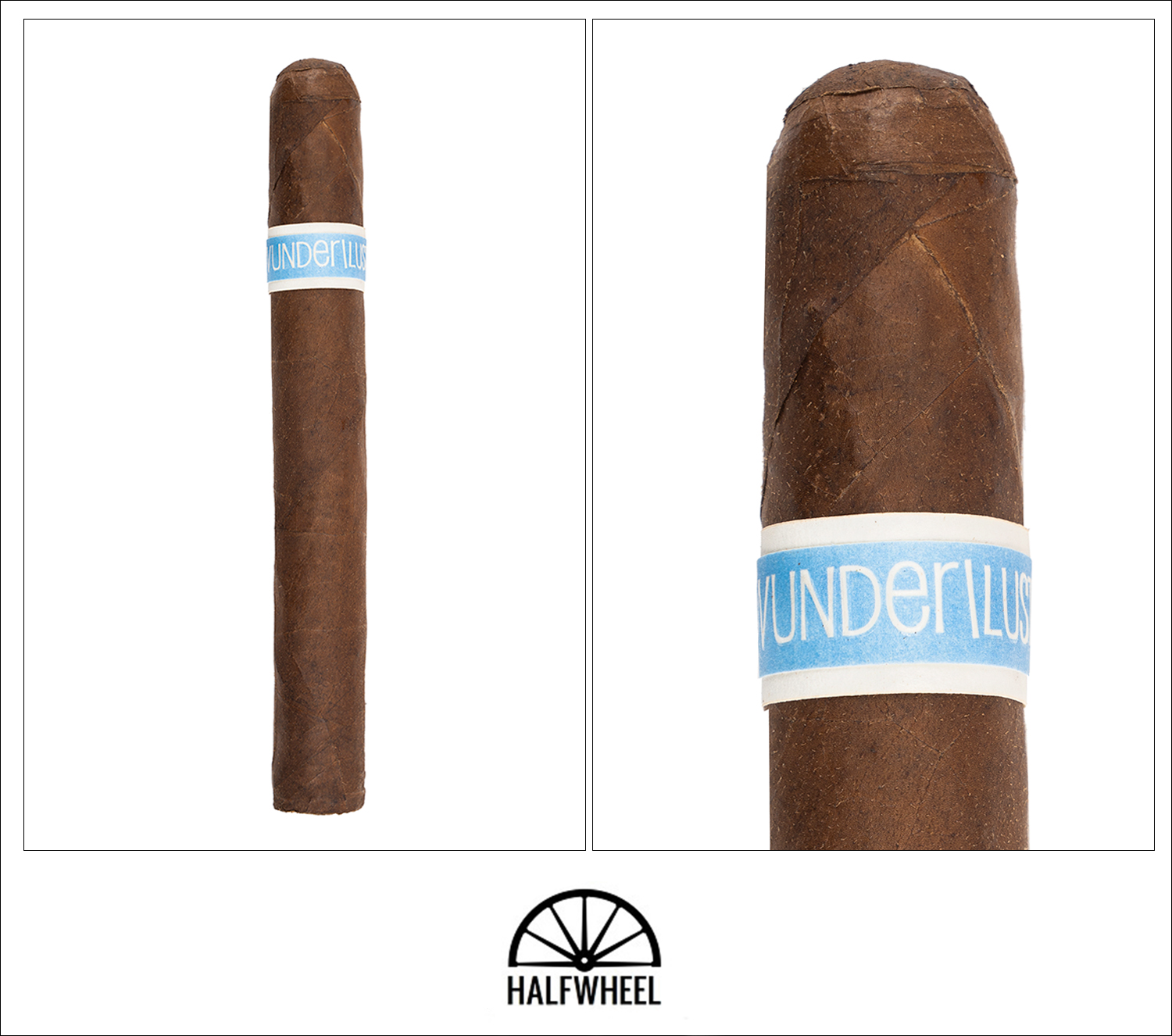 Having smoked a few bigger cigars recently, the smaller corona vitola of the Wunder|Lust Fiorella is quite welcomed. It’s a visual contrast, with a dark brown wrapper and a pair of lighter colored bands that really stand out to the eye. The wrapper leaf has a decent vein network as well as a dry, fine grit texture that is just soft enough to suggest a bit of velvet but the more I inspect it, the less I hold onto that comparison. it’s still a very firmly rolled cigar, something that I consider to be a hallmark of the NicaSueño factory that produces the RoMa Craft Tobac portfolio. The aroma from the foot is cool, damp, slightly earthy and steadily increasing with pepper as I take subsequent sniffs. It’s a complex aroma that I can’t quite pin down but one that is very enjoyable. I pick up a tingle in the front of my mouth as soon as I take the cold draw, a physical sensation that overshadows the flavor at first. My mind is taken to a cool, meaty flavor, somewhere between cooled steak and carpaccio. The aroma of the wrapper blends in with this quite well, furthering the thoughts of meat. There’s not a lot of pepper in the profile, but there is some depth in the flavor that doesn’t suggest anything on their own but provides some room to explore as the air moves fairly easily.

The Wunder|Lust Fiorella starts off with an earthy and peppery profile that is right in line with what I think of from the RoMa Craft portfolio, and there is no suggestion from the first puffs that this cigar has any age on it, let alone two years’ worth. Retrohales are fairly peppery as well, a combination that wakes up the senses rather quickly. As the flavor and aroma develop, the flavor offers both brightness and depth, something I haven’t come across in a while, and which speaks to the fact that sometimes a cigar can impress beyond just its menu of flavors. The flavor takes on a bit more edge as the burn line approaches the midway point, and eventually elicits a bit of a cough as the smoke hits the back of the throat. There’s a bit of smokiness in the profile as well, but there’s still a bit of shine to part of the flavor, and while the two worked well together earlier, they now seem to be a bit more of a contrast. Construction is very good, the draw is just a bit firm, smoke production is plentiful, and the burn line is even. Flavor is medium-full if not outright full, the body is right behind it, and strength has ticked up steadily to be medium-plus.

The second half of the Wunder|Lust Fiorella reins in some of the roughness that closed out the first half, something that should go without saying makes the cigar more enjoyable. That said, the pepper ticks up a bit, becoming sharper before picking up a bit of red chili pepper heat and sensation. Even with a pepper-forward profile, the cigar continues to try to move back towards a smoother profile, achieving that goal in spurts with a bit of creaminess that runs through the center of the brighter, stronger and more sense-stimulating pepper. Earthiness steps up in the final third to give the overall profile a bit more gravitas, with thick notes of soil and earth turning each puff thicker and chewier, another example of how a cigar can have more than just flavors to offer, but varying impacts on the sensory experiences. The Fiorella finishes medium-full in flavor, full in body, and medium-plus in strength. Construction is very good, though I wouldn’t have objected to a slightly more relaxed draw. Smoke production is still plentiful, the burn line is still even, and combustion is very good with regular puffs, with smoking time finishing at a somewhat surprisingly long two hours.

The Wunder|Lust line has been one that has received a fair amount of praise, but one that I have never quite found as one to resonate my palate. That is, until this cigar. I don't know what necessarily changed in the two years since I last smoked the Wunder|Lust Fiorella, but the cigar how seems to have a profile that I can really get into. As a fan of earthy profiles, the Fiorella delivers on that front; as someone who isn't shy when it comes to pepper, the Fiorella delivers there as well. While I don't have a huge list of flavors to report on the Fiorella, I do have a lot to say about how the texture and physical sensations that it delivers separate it from the vast majority of cigars I smoke. Construction is great, though as noted above I wouldn't mind a bit easier of a draw, and I'd be open to cutting down the smoking time a bit, but outside of a few missteps with the balance and robustness, I didn't find with which to take issue. I'm not sure that this cigar will finally get me on the Wunder|Lust bandwagon, but if nothing less, it has me giving more thought to doing so.