Like so many cigar accessories, hygrometers are judged almost solely on their ability to work and little else. Fortunately, the Western Humidor Caliber 4R ($29.99) does its job of accurately measuring relative humidity; unfortunately, it displays it in a rather annoying manner, almost to the point of rendering that fact useless. And that’s where things start to go all wrong. It’s unlikely you will find any use for this other than cigars, which is fine for our purposes. But the problem extends to cigar-use as well. Humidity is displayed in the following marks: 20, 25, 30, 35, 40, 45, 50, 55, 60-80, 85 and 90 percent relative humidity—something that is difficult to read. While there is color coding—20-59 and 76-90 are in red, 60-64 and 73-75 is in yellow with 65-72 percent in green—it does little to help get an accurate reading quickly. It also means that for those extremely interested in the humidity, there’s no option to measure humidity to the tenth of a percent, though temperature is displayed down to a tenth of the degree. There of course some very redeeming factors. It’s accurate, even out of the box. It also has a great feature that can display the highest and lowest temperature and humidity, all by pressing a button on the back. And then there is the thing that caught my eye so long ago—it’s hybrid style. It retains much of the look of an analog hygrometer, but without the analog downsides. I like that, a lot. I think it looks a lot better than other popular round hygrometers, notably the XIKAR ($29.99) and HygroSet II ($25) models that are so popular.

As far as directly comparable models, there’s the Don Salvatore which functions very similar to Caliber 4R and suffers the same sort of read-out issues. It retails between $30-40, although it’s slightly larger at three inches in diameter. The aforementioned XIKAR and HygroSet models can both be found for slightly less and work well, although I find the HygroSet II oftentimes needs calibration. Neither feature the ability to display humidity in tenth of a percent either and look far more industrial than the Caliber 4R.

Cigar smokers are much more concerned with humidity than they are temperature, perhaps even too absorbed with the relative humidity and too ignorant regarding the dangers of temperature swings, but the reality is temperature dropping from 70 to 65 degrees has a lot less effect than humidity doing a similar thing with those same numbers. 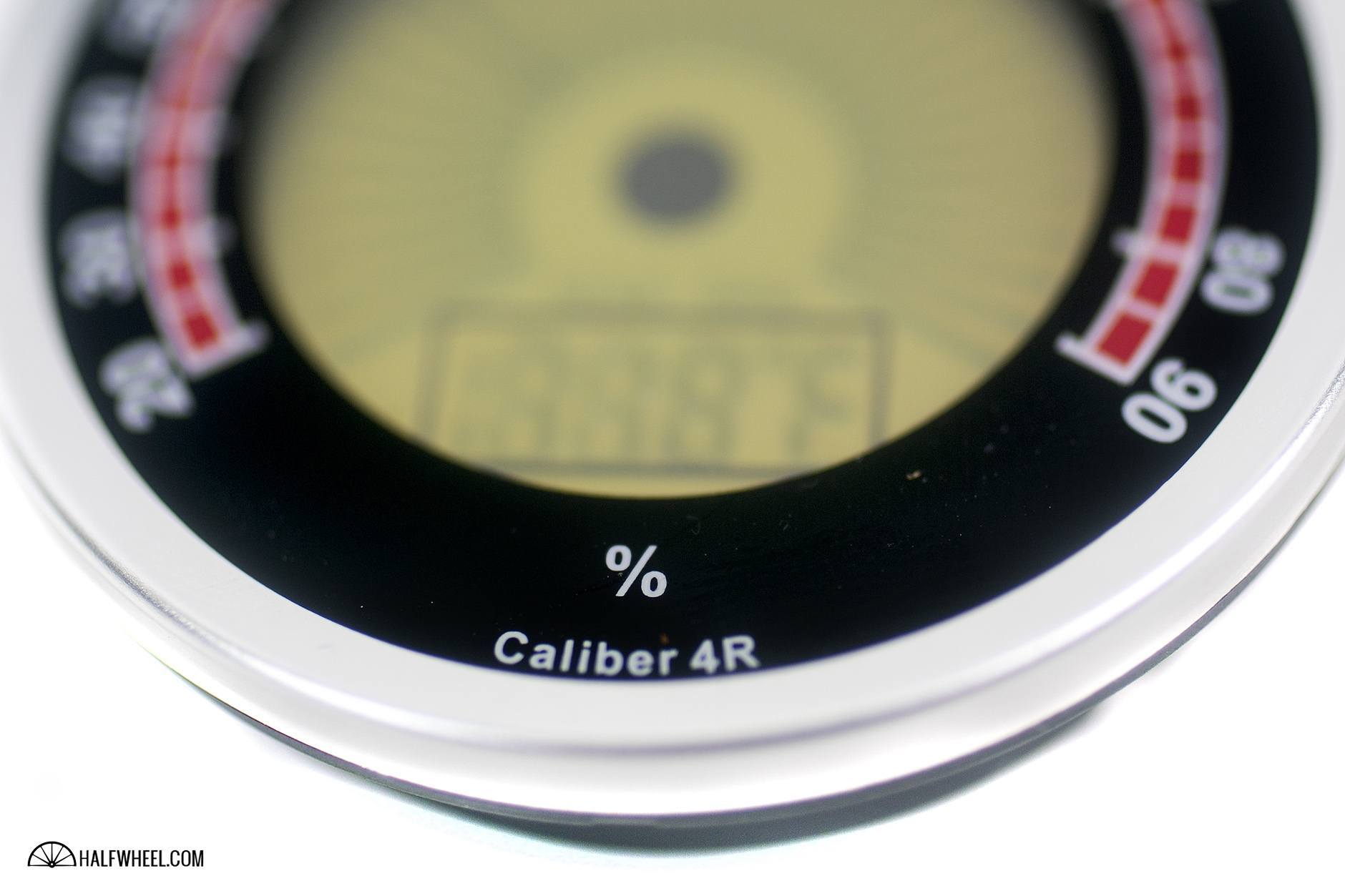 I would honestly much rather see this model reversed, humidity gets a numerical read out and temperature can be displayed by the digital hand. It might cause havoc regarding whether you could show both fahrenheit and celsius on the same model, but I’m sure it could be worked out. With that, I think the Caliber 4R could be a candidate as a hygrometer, but as of now, it’s readout would lead me to recommend something else.

The sample used for this review was sent to halfwheel by Cigar Oasis.