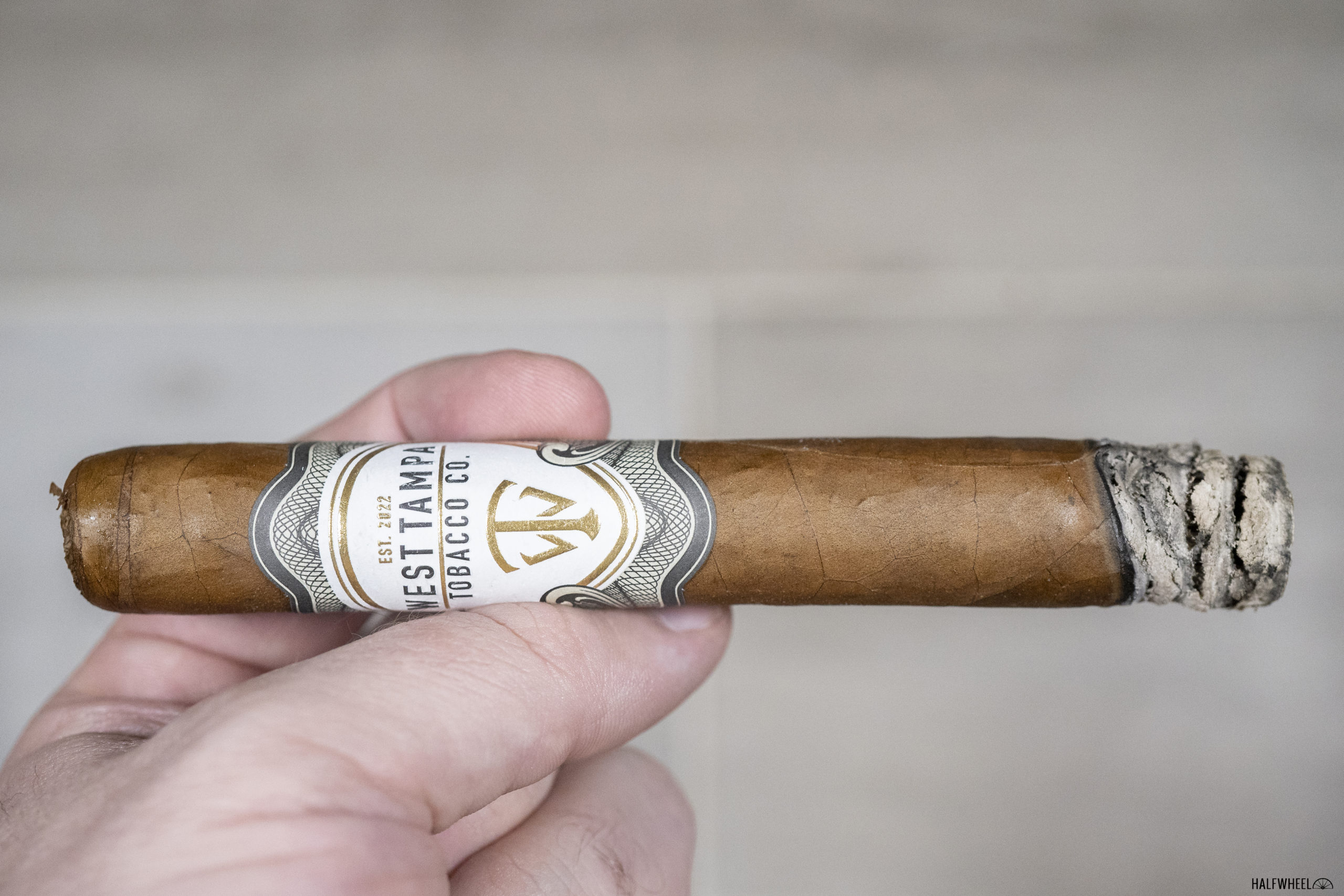 When I heard that Rick Rodriguez was leaving General Cigar Co. and the CAO brand, I was pretty certain that the word retirement that was being used in the press release wasn’t accurate.

Having first met Rodriguez more than a decade ago, I have always been impressed by the energy and enthusiasm he has brought to his work. Most notably, he led the development of the CAO brand after it was folded into the General Cigar Co. portfolio becoming both the ambassador of the brand as well as its master blender. Under his watch, CAO would release lines that include the very popular and well-regarded Amazon Basin series, as well as Flathead, Pilón, Session, Bones and many others.

Sure enough, Rodriguez’s “retirement” wouldn’t last long. Case in point: the announcement of his departure was made on March 11, he formally departed General Cigar Co. as of April 29, and on May 10 he announced the launch of West Tampa Tobacco Co., a project he is joined in by Gus Martinez, who also spent time with General Cigar Co. and serves as West Tampa Tobacco Co.’s president.

As far as cigars, the company would debut with two lines, the White and Black, both of which were shipped to the company’s initial 75 retailers in mid-June.

The cigars are fairly similar when it comes to their blends, as both use an Ecuadorian habano wrapper with a Nicaraguan binder from the volcanic island of Ometepe and filler from the Condega and Estelí regions. The Black’s wrapper comes from a higher priming than the White’s, which gives it not only a darker color but a stronger flavor. Both lines are produced by the Garmendia Cigars Co. in Estelí and available in the same three sizes, currently at the same three prices.

Note: The following shows the various West Tampa Tobacco Co. White releases over the years. Some of these cigars may have been released after this review was originally published. The list was last updated on Aug. 27, 2022. I have sympathy for any new company entering the cigar business; from everything it takes to secure tobacco and production facilities to the regulatory issues facing the industry as a whole, calling it an uphill climb is an understatement. That is before taking into consideration the burden of trying to coming out of the gate swinging with a cigar that will wow consumers looking to try out this new brand. The West Tampa Tobacco Co. White Toro does a decent job in addressing that latter challenge; while it might not be the best example when it comes to showcasing complexity or flavor transitions, it still offers a very enjoyable profile, and one that sets the stage for where the company might head next. It's definitely worth a try as a reasonably priced and enjoyable cigar, as well as to set a baseline to see where the company goes in the future.

The company has already announced its next series, dubbed the Attic Series, which is scheduled to be released in October and through which Rodriguez will tell some of his many experiences from his time in the premium cigar industry. The line will be supplemented through video content that will be accessible through a QR code printed on the cigar’s foot bands. 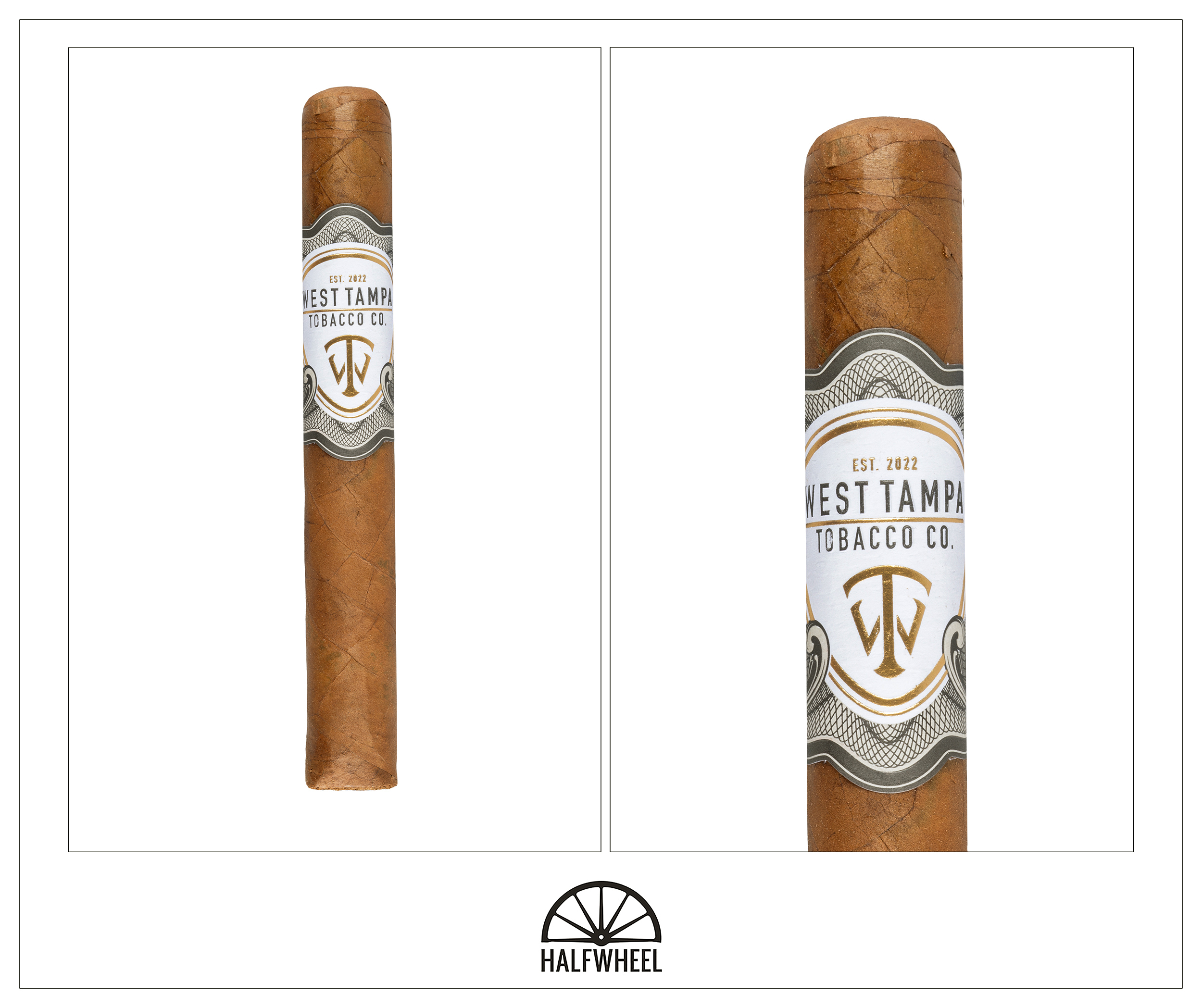 I’m impressed by how the colors of the band on the West Tampa Tobacco Co. White Toro match up pretty well with each other like a well put together suit-and-tie. The dark gray of the trim in particular seems to work well and allows for the central part of the band to still pop without feeling incongruent. For a first impression, it’s quite good. As for the wrapper leaf, it is fairly textbook in terms of how it looks; there is a bit of oily sheen, there are a small handful of veins, one or two standing out a bit more than the others, but none that are distracting. The seams are flat, the color is even, and the caps are well-applied. One leaf has a weird bump next to a vein, almost a pimple on the leaf. The cigar has a very firm sponginess, meaning that it has a bit of give but still good density. The foot greets me with aromas of a grain-forward wheat cereal or toast and just a bit of pepper that takes a moment to register but tingles the nostrils once it does. It’s fairly tame at first, though once that tingle starts it shows some vigor and character. The cold draw has a softer texture that reminds me of wheat bread at first, with a bit of creaminess on the finish. Like the aroma, there is a little bit of pepper here that takes a moment to come out, though I seem to get a tingle from the tobacco itself. Airflow is consistently good.

The West Tampa Tobacco Co. White Toro starts with a fairly bread-forward flavor and texture, sometimes softer, other times toasted and with a bit of black pepper. After about half of an inch, sometimes sooner, black pepper joins the profile, quickly shifting the cigar into a different lane. That pepper alternates between white pepper and a crisp, almost toasty black pepper, while creaminess begins to emerge as a subtle counterbalance to that pepper. There’s decent body to the smoke and it coats the taste buds pretty well, yet feels a bit light at times. The flavor doesn’t change much throughout the first third, but it holds what it does offer in good balance, offering a simple, straightforward and enjoyable profile. Construction and combustion are very good, with impressive smoke production, an easy draw, and an even burn line. Flavor is just barely medium in terms of intensity, body is medium, and strength is mild.

The start of the second third carries on with the black pepper as the most distinctive aspect, yet the flavor still feels like it’s missing some definition as outside of the pepper and creamy undertone, no other flavors want to stand and be recognized. A bit more pushing by the pepper seems to change that as the West Tampa Tobacco Co. White Toro develops a bit of rocky, middle-of-the-spectrum earthiness. It’s a change that shifts both the flavor and texture just enough to get me re-engaged, as while the flavor has been fine thus far, it has become a bit familiar and linear. The body fills out a bit to medium-plus at the end of this section, while the flavor’s intensity ticks up just a bit as well, now medium-plus, and strength is still fairly mild. Construction remains very good, as is combustion when given regular puffs. As I get into the final third, I’m wondering why my initial list of flavor sensations is a bit shorter than a typical cigar, yet my enjoyment level is on par with most of the other cigars I smoke. The earthiness seems to have leveled off, and the rockiness that was present earlier has dialed itself back a bit as well. There’s still some creaminess, still a decent amount of pepper, including the occasionally spicy pepper sensation, and a bit of the wheat bread flavor from earlier. It’s a profile that is a bit different from where the cigar started, but not so different as to taste like a completely different profile. That chili pepper sensation latches on to a bit of building heat and at times becomes pointed and sharp in the back of my mouth, though it doesn’t completely distract from what else the cigar has to offer. There is some sort of sweetness that wafts into my nose when the cigar is a rest, reminding me of a smoky orange bitter, or drinking an Old Fashioned near a campfire. I have sympathy for any new company entering the cigar business; from everything it takes to secure tobacco and production facilities to the regulatory issues facing the industry as a whole, calling it an uphill climb is an understatement. That is before taking into consideration the burden of trying to coming out of the gate swinging with a cigar that will wow consumers looking to try out this new brand. The West Tampa Tobacco Co. White Toro does a decent job in addressing that latter challenge; while it might not be the best example when it comes to showcasing complexity or flavor transitions, it still offers a very enjoyable profile, and one that sets the stage for where the company might head next. It's definitely worth a try as a reasonably priced and enjoyable cigar, as well as to set a baseline to see where the company goes in the future.