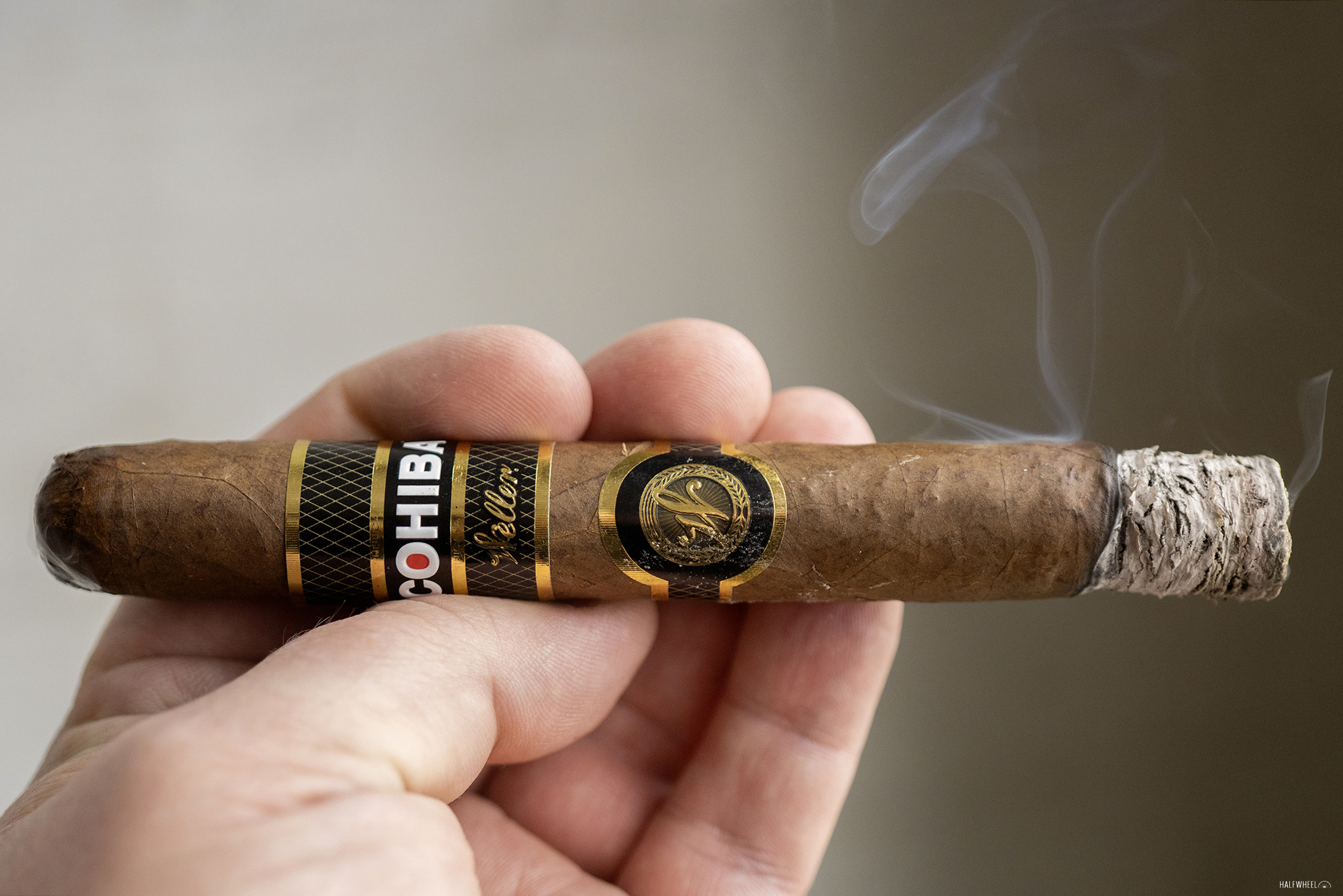 During the summer of 2021, General Cigar Co. released a Weller-bourbon branded cigar that was sold under the Cohiba label. Appropriately named Weller by Cohiba, the cigar was a 5 1/2 x 50 robusto extra made up of a Honduran ligero wrapper from San Agustín, a habano medio tiempo binder from Connecticut and filler tobaccos grown in the Estelí and Ometepe regions of Nicaragua.

Despite its name, the tobaccos used in the original Weller by Cohiba were not aged in barrels that previously held Weller bourbon. None of the tobaccos were aged in barrels, nor were the cigars infused with any bourbon-like flavors. Having said that, Scandinavian Tobacco Group’s (STG)—the owner of General Cigar Co.—said at the time that the blenders drank the various whiskeys while blending the cigar.

In September 2022, General Cigar announced a follow-up named Weller by Cohiba 2022, a 6 x 50 toro that incorporates an Ecuadorian Sumatra wrapper covering a Connecticut broadleaf binder as well as a multitude of filler tobaccos sourced from three different countries: the Dominican Republic, Estelí, Nicaragua and three regions in Honduras: Jamastran, La Entrada and Olancho San Agustin. However, unlike the original incarnation, the newest version includes tobacco that is aged in barrels; specifically, the Connecticut broadleaf binder is aged in spent bourbon barrels from the Buffalo Trace Distillery in Frankfort, Ky. that were transported to the General Cigar Dominicana factory in the Dominican Republic. 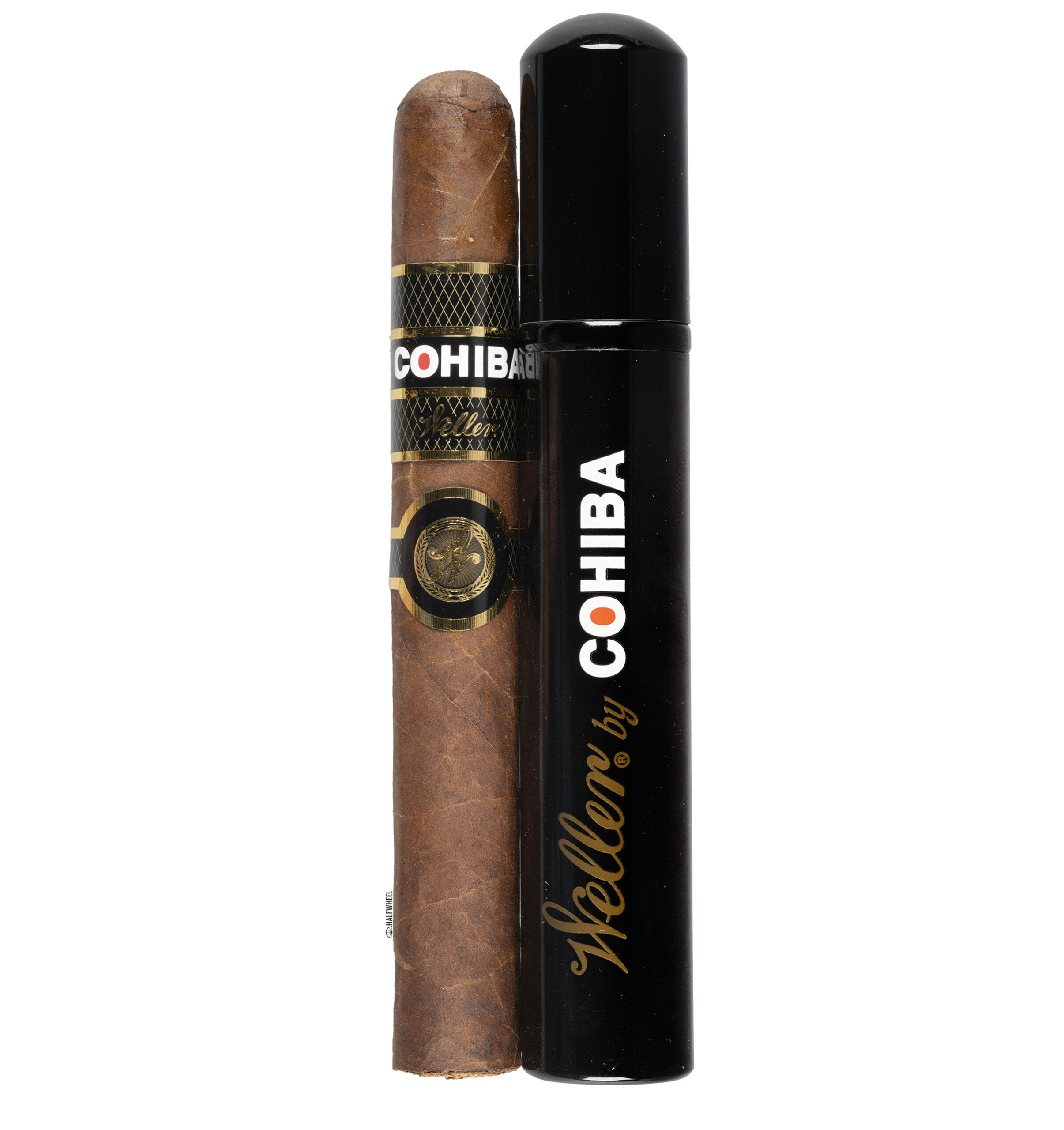 “For our second expression of Weller by Cohiba, we set out to deepen the connection between the cigar and the spirit, and we did this through our proprietary barrel aging process for tobacco,” said Sean Williams, Cohiba’s brand ambassador, in a press release. “In allowing the binder leaf to age in bourbon barrels, we have added another dimension to the smoking experience which offers rich notes of cedar, honey and a subtle spice that come to life on the palate and in the aroma. This blend is exceptional.”

This is the fifth project that STG has collaborated with Buffalo Trace brands on. The previous four releases have been:

The Weller by Cohiba 2022 has an MSRP of $24.99 per cigar and each cigar is packaged in its own aluminum tube. The tubes are sold in 10-count boxes that began shipping to retailers in September 2022. 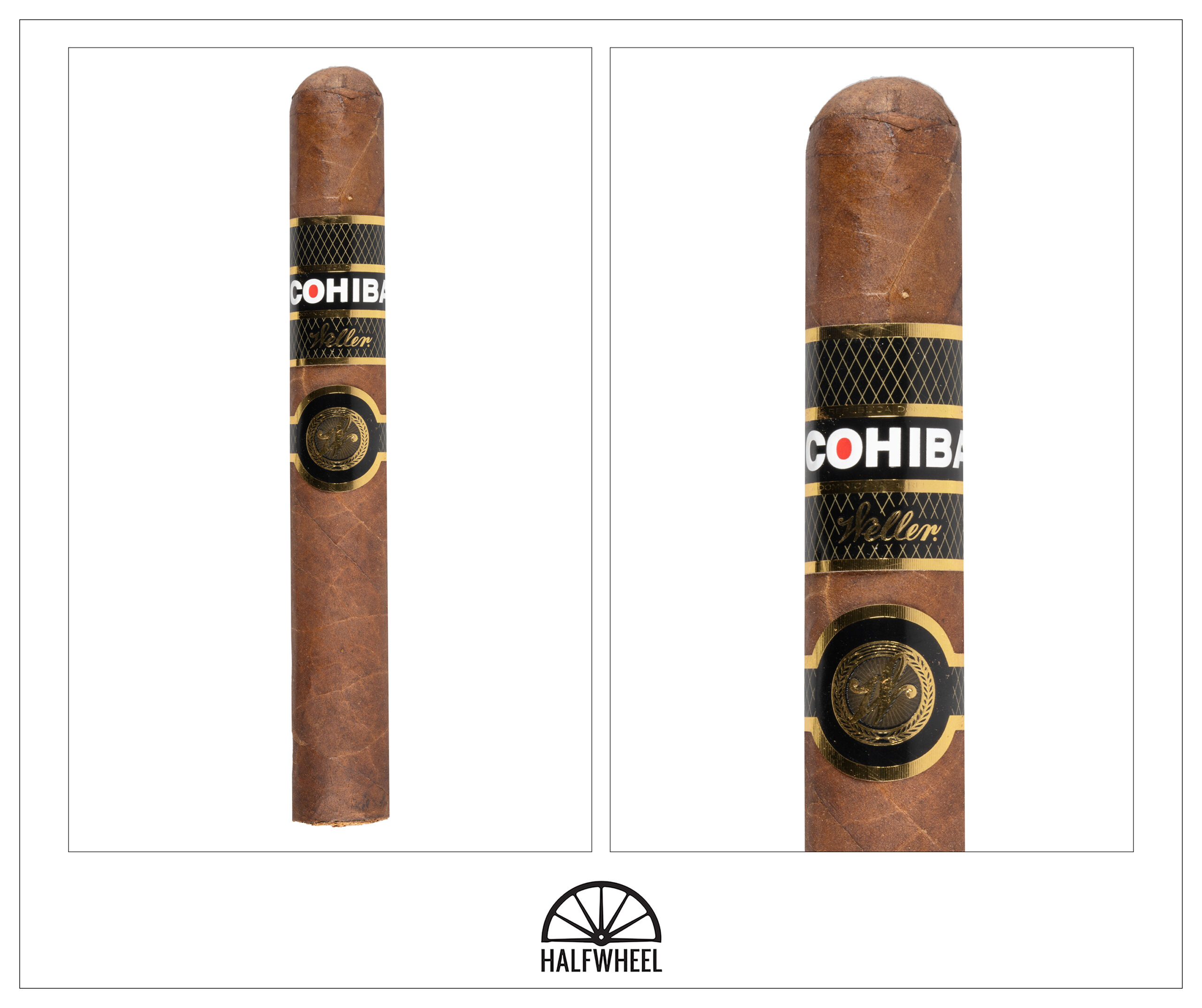 After I pull the Weller by Cohiba out of its black tube and cellophane, I am greeted with the sight of a medium brown wrapper featuring quite a bit of mottling while being sandpaper rough to the touch. There is a bit of oil noticeable and all three cigars are nicely firm when squeezed, while a physical inspection reveals a small soft spot on one of the cigars halfway between the secondary band and the foot. Earth and creamy oak lead the notes emanating from the wrapper, followed by dark chocolate, leather tack, barnyard, generic nuts and a slight vegetal note. Bourbon-soaked oak is easily the most prominent note coming from the foot, with sourdough bread, creamy almonds, gritty earth, cinnamon and cocoa nibs bringing up the rear. Finally, after a punch cut the cold draw brings flavors of massive sweet oak as well as toast, espresso beans, sweet almonds, potato chips, black pepper and strong raisin sweetness.

While there is some noticeable black pepper and spice, the Weller by Cohiba starts off a bit milder than I am expecting after lighting the foot, with a strong black coffee flavor at the forefront of the profile. After about eight puffs or so, that coffee note moves into the background, overtaken by what becomes the main flavors of sweet oak and earth. Additional notes of toasted bread, leather, peanut shells, dark chocolate, charred meat and very light cloves flit in and out, while two of the three cigars have a distinct grilled asparagus flavor on the finish. In addition, the retrohale features both black pepper and more raisin sweetness, although there is easily more of the former than the latter at this point. Flavor is just under medium, body is between mild and medium and the strength ends the first third under the medium mark but still increasing. In terms of construction, smoke production, burn lines and draws are excellent across all three cigars.

The charred steak flavor easily takes over as one of the main notes in the profile of the Cohiba in the second third, where it combines with the sweet oak that remains from the first third. Secondary flavors of cocoa nibs, freshly roasted coffee beans, barnyard, gritty earth and peanuts all make themselves known at various points, while the amount of black pepper and raisin sweetness on the retrohale has not changed noticeably. Flavor passes into the solid medium territory, while the body increases to land just under medium and the strength ends at just over the medium mark. Construction-wise, the burn line on two cigars have enough trouble that they need to be corrected, but the draw and smoke production on all three cigars continue to give me no issues. 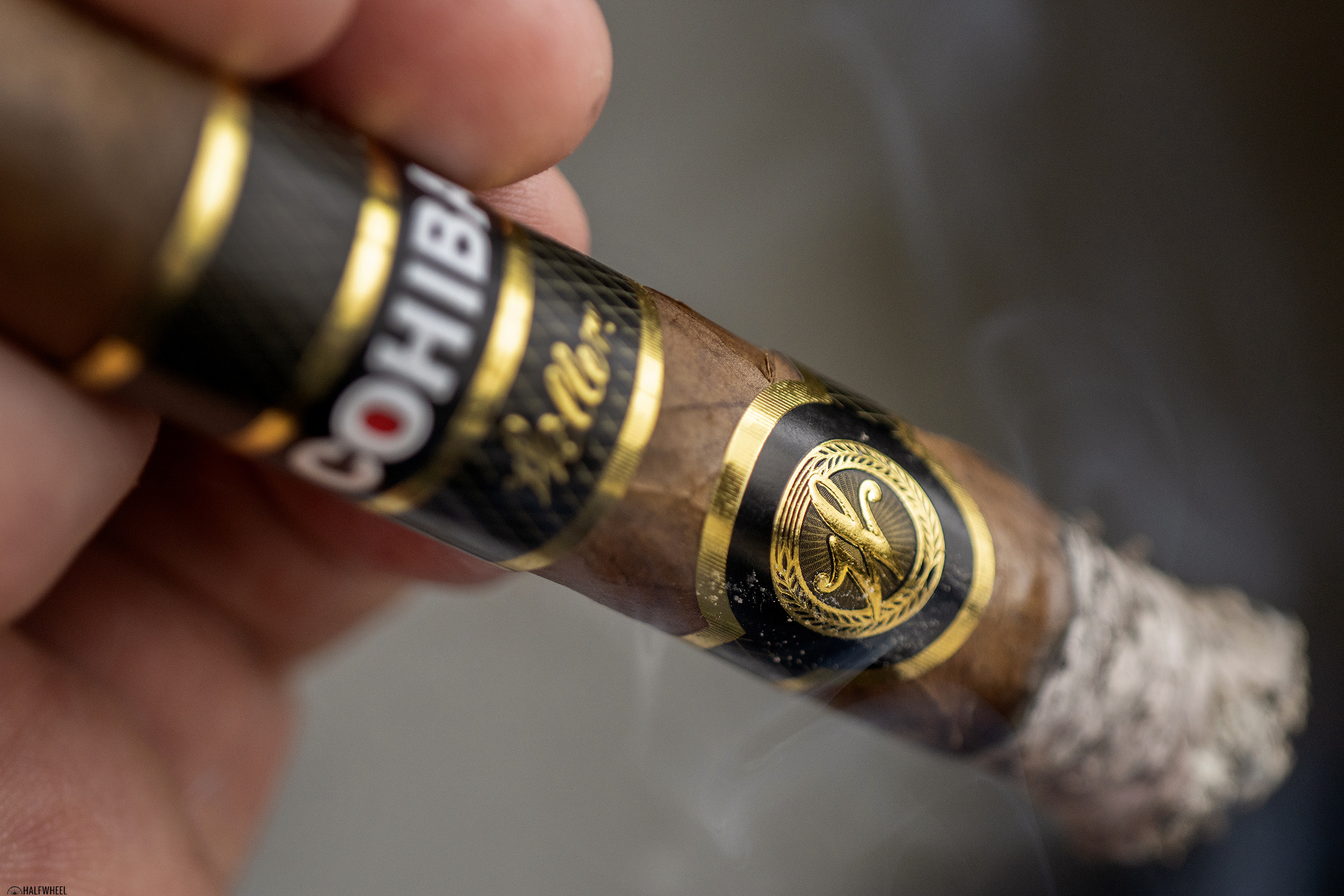 There is more sweet oak in the final third of the cigar, but the charred steak note is not far behind at all, and both of those are followed by flavors of bitter espresso, salted popcorn, leather, saltine crackers, dark chocolate and a slight floral note that is gone almost before I can register it. There is a change on the retrohale as well, where the amount of black pepper has increased slightly, although the amount of raisin sweetness remains the same until the end of the cigar. Flavor increases slightly to hit a point just over the medium mark and the body bumps up to a solid medium, but the strength stays put at a point slightly over medium. Finally, while the smoke production and draw continue on their excellent paths until the end of the cigar, the burn line on one cigar needs a minor correction with my lighter to prevent larger issues. 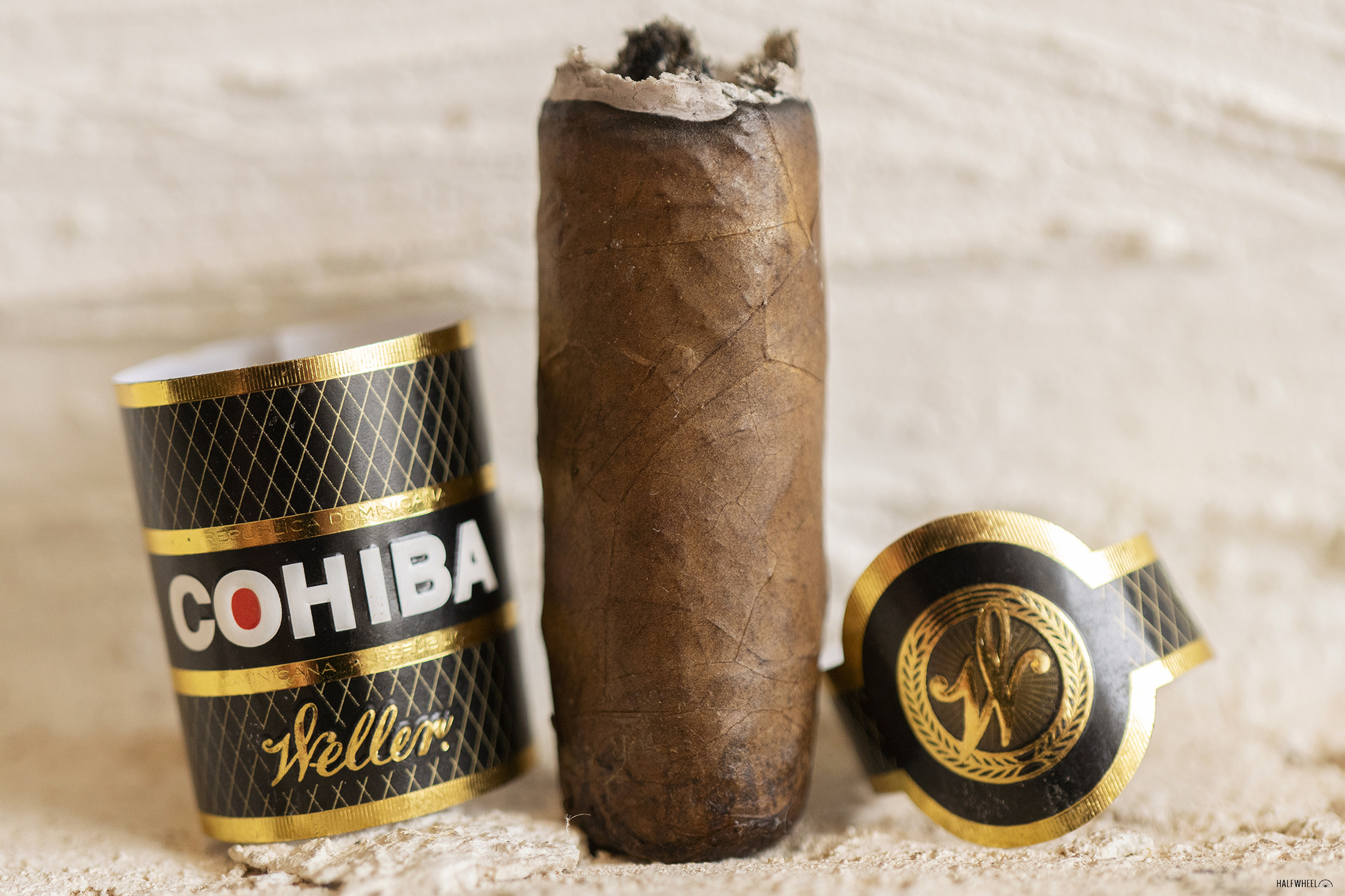 Let’s get one thing out of the way right off the bat: despite the claims from various manufacturers over the years, very few of the cigars with tobacco aged in various barrels actually end up tasting anything like those barrels in any significant way. Yes, that does include the Weller by Cohiba 2022: while the blend does have an enjoyable and distinct oaky bourbon aroma emanating from the foot, that is basically where it ends as the actual profile of the cigar includes pepper-incrusted steak, sweet oak and earth along with a wonderful—albeit not nearly aggressive enough—raisin sweetness on the retrohale. Those looking for a bourbon-flavored cigar are going to be disappointed, but this incarnation of the Weller by Cohiba is better than last year’s version, especially if happen to get one that tasted like my final cigar.