Add this to the list of things I forgot last week… Illusione is adding a lot of Maduro. I originally was under the impression that it was only the ~CG:4~, but according to Dion Giolito, the ~88~, ~888~, ~mj12~ and ~CG:4~ will all get Maduro wrappers and be out by the IPCPR show in July. Oh, and expect the ~mk~ ULTRA should be out before the show. (I originally heard March, but am now hearing later…) Dion is also moving F U M A R E (his retail store) to a larger location. In addition, some talk of a new ~hL~ Culebra.

On Thursday, our State of the Brand series saw its most recent addition, Gurkha. The news? Two new lines, Seduction and Royal Challenge, a Lancero, Gurkha swag, the Taster’s Club and an update to the Raja. What wasn’t detailed? The fact that there’s still a lot from Gurkha that hasn’t been announced for 2011.

A bit of updates from Quesada/MATASA/Sag Imports… Factory work is ahead of schedule, currently on pace for the expansion to be done by November, grand opening sometime in early 2012 is what I’ve been told. ProCigar? The Casa Magna Colorado Lancero is in stores, the exact same as what was featured in the relatively unheard of Emperador Sampler. The Quesada España, available in three sizes, was shown off at ProCigar and I get the feeling will be in the States shortly given the reaction it received. In the mean time, we should see the Fonseca CXX in a few weeks to hold us over, the limited edition to honor one-hundred and twenty years of Fonseca. There’s also some rumor that they might be rebranding themselves into a more unified name, personally I like Q5, but I guess that’s not inclusive. There’s enough news out of Tatuaje/Havana Cellars to give Pete Johnson his own portion of the news this week, including:

And the rest of the news…

AVO sent out the following press release regarding the 85th Anniversary. Normally this would be old news, except for the obvious change in blend:

Pinellas Park, FL, March 14, 2011 – Cigar luminary Avo Uvezian is celebrating his 85th birthday with the release of his Limited Edition Anniversary Cigar, the “85th”. The “85th” marks the tenth annual limited edition release from AVO Cigars, a tradition the legendary cigar composer started to commemorate since his 75th birthday.

The “85th Anniversary” presents itself in a majestic and charming cigar format – a noble ” Diademas” – and is limited to 100,000 cigars worldwide with 60,000 cigars for the US market.

The sophisticated black, silky-matte-lacquered box with the impressive golden print of the “Avo 85th Anniversary” logo underlines the gracefulness and the non-interchangeable note and denomination of this cigar.

The well-balanced combination of the San Vicente and Piloto tobaccos enfolded by a Peruvian binder and perfected with a special Sun grown Dominican wrapper as well as the gorgeous Diademas format make it an outstanding cigar. The “Avo 85th Anniversary” is of medium strength, offers complex aromas and is an extraordinary smoking experience. A cigar no aficionado should miss!!

The AVO 85th Anniversary will be launched on March 21st, at Select Merchants only, with a retail price of $17.50 – taxes not included.

Seating at each dinner is very limited, and the AVO Select Merchants expect to sell out within days of the event announcement.

XIKAR announced that they were dropping prices of their HC Series cigars by an average of 18%; this comes in the wake of price increases from both Altadis and General Cigar Co. on March 1st. (In addition, Xikar has released their newest accessory, the Xikar Ash Can.) Press release regarding the price drop:

Kansas City, MO. – March 8, 2011 – XIKAR, Inc., a leading cigar and accessory company, announced a bold new pricing strategy for its highly rated HC Series Cigars. This dramatic price reduction re-emphasizes XIKAR’s long-standing commitment to value and fair price. According to Jerry Dear, EVP Sales & Marketing, “the most common encounter in this age of inflation is a price increase driven by rising costs and increasing taxation. XIKAR wanted instead to broaden our appeal and offer a wonderful cigar to everyone.” Consumers will enjoy an average cost savings of 18% per cigar repositioning the HC Series line to a compelling price range of $6-8 per cigar.

“We realize this decision is unprecedented in the midst of many competitive price increases, but XIKAR’s core values and culture demand that we listen carefully to our consumers and respond accordingly,” said Kurt Van Keppel, XIKAR’s President.

XIKAR will continue to produce all HC series cigars to the same exacting quality standards from boutique factories in Nicaragua and Honduras. “The blends and the quality will not change,” said Scott Almsberger, Vice-President of Product Development. “I personally guarantee that XIKAR HC Series cigars will continue to be produced using the highest quality aged tobacco, so consumers can continue enjoy they same great HC Series Cigars.

Today, XIKAR HC Series cigars are available in over 500 cigar shops around the country, and plans are in place to increase U.S. distribution and expand overseas.

XIKAR’s new lower prices will make it even easier for customers to enjoy a great cigar at a price point that is more affordable in today’s economy. 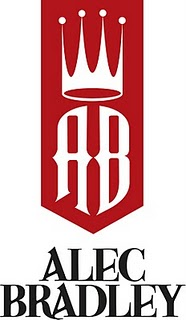 Alec Bradley unveiled a new logo (above) and a press release for said logo:

Alec Bradley Cigars is pleased to announce the debut of their new corporate look and feel. The new Alec Bradley brand identity boasts a simple, yet easily identifiable logo exhibited by a strong monarchial red crest and four spired crown. “Our new identity is dynamic,” said Alan Rubin, President and CEO of Alec Bradley Cigar Company. “As we evolve as a company, we feel there is an emotional disconnect between our traditional styled cigar lines and our current contemporary logo. Our new look is more identifiable to the consumer.

For our company to build an emotional connection with cigar smokers worldwide, they must feel comfortable with who we are as a company and confident with where we are heading. It is in this context that we feel our new look portrays more of who we are as we move forward.”

The new logo will be displayed on the company’s corporate letterhead, as well as on Alec Bradley cigars packaging, promotional gear, & in store marketing materials. “Our focus groups have given us tremendous feedback,” added Rubin. For more information on Alec Bradley products, visit Alec Bradley Cigars online at www.alecbradley.com.

Their commitment to satisfying cigar enthusiasts worldwide is demonstrated by their passion for excellence, creativity, and high quality standards.

It’s been a few week since either Toraño Family Cigars or Nat Sherman issued a press release, so the former sent one over:

(Miami, FL) March 8, 2011—Toraño Family Cigar Co. along with co-sponsor Prime Cigar & Wine Bar were chosen to be the featured cigar sponsor at the Boca Raton Concours D’elegance. The Concours D’elegance was a massive three day fundraising event for the Boy & Girls Club of Broward County where thousands of car enthusiasts from around the world were in the presence of the finest pre-war and post-war automobiles and motorcycles ever created.

Hosted by star comedian and car enthusiast Jay Leno the Boca Concourse D’elegance was a spectacular three day event. The event kicked off with an amazing Indianapolis 500 themed hangar party at Boca International Airport featuring exotic cars, custom motorcycles, extravagant boats, private jets, vintage aircraft, and luxury motor coaches. Saturday’s festivities included a Gala dinner, auction, and a show by Jay Leno. Both these events served as warm up acts for the Sunday main event which welcomed 10 thousand to the Boca Raton resort and club as over 200 of the finest collector cars and motorcycles in the world gathered on the pristine golf course of the famed resort.

Toraño Cigar Company’s very own Carlos Llaca Toraño, Master roller Felipe Sosa, and Marketing and Customer Relations Manager Oliver Hyams along with Ryan Leeds of Prime Cigars & Wine Bar were on hand at each event providing tasting opportunities and selling Toraño’s finest cigars of which 20% of proceeds went directly to the Boys & Girls Club. Carlos Llaca, Sosa, and Hyams were happy to provide education and mingle with event goers while pushing to help raise funds for this amazing organization.

Toraño Family Cigar Company and Prime Cigars & Wine Bar were astonished to learn that the Boca Raton Concours D’elegancein collected 3 million dollars over the weekend events. The 3 million dollar total earned the Boca Concours D’elegance a record for most money raised for a charity at an automotive event in the United States. Charlie Toraño stated, “We have made a decision this past year to be more involved in our community and as a company we are humbled to be part of this record setting event.”

This isn’t really news, but here’s a pic of Janny García, a gun and the My Father Limited Edition 2011 (more info about the blend, here)…