There’s a much different style to the news, okay sort of… A few stories are still in paragraph form, but most will be in bullet points to try to make the whole story easier for you to read. Don’t get me wrong, I love comments – but, I never ask for them. I love hearing from other’s and in the case of the news trying to provide the most information, This time, I’m explicitly asking for comments. If you like this style, tell me. If you like the other style, complain. If you want TheCigarFeed Daily Video Newscast, keep dreaming.

On Thursday, el niño diablo’s ongoing State of the Brand Series continued, this time with My Father Cigars. Included in the article:

General Cigar Co. was supposed to introduce the new Bolivar d’Oro at Nat Sherman this past Thursday, that event was cancelled due to weather. Fortunately, I did find out the info on the blend:

The full-body cigar is sold at ten count boxes exclusively at Nat Sherman. Despite the weather the cigars are there and Lindsay Heller provided the picture below, it appears that Benji Menendez even lent his signature to that box.

Smoke Inn hosted their annual Great Smoke, where Padrón’s SI-15, named for Smoke Inn’s 15th anniversary, was introduced. The box-pressed 6 x 60 is based on the 1964 Anniversary and available in both Natural and Maduro. It will go on sale in April in boxes of 15. It’s unclear if the price is actually going to be $20, but given some of the online info, it’s possible. Picture below comes from the Smoke Inn Facebook account.

And the new news section… 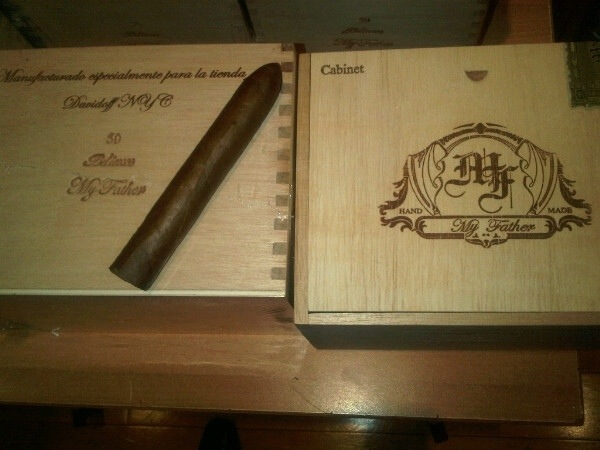 Finally, I got invited to the Esquire Home event at Nat Sherman, here’s the press release with photos below, including of the special edition cigar. No word on Miss Decker.

New York, NY (January 24, 2011) – Walking into the Nat Sherman flagship store on the corner of East 42nd Street and Fifth Avenue in New York City is an experience unto itself. The iconic “Tobacconist to the World” has showcased an array of fine smoking goods and lifestyle accessories for 80 years. Starting this spring, there is a new reason to visit: From February 15 through April 15, Esquire magazine and the newly launched Esquire Home Collection of furniture and accessories will transform the 8,000-square-foot Nat Sherman flagship store into the ultimate members-only club: Esquire Home @ Nat Sherman.

During these eight weeks, Nat Sherman and Esquire will host a number of exclusive, invitation-only events. A celebrity-attended opening party on Wednesday, February 16, will celebrate the collaboration, and a launch party for the Spring 2011 Esquire Big Black Book (a newsstand-only, semi-annual fashion periodical that Esquire has published since 2006) will be the final event at the club on April 8th. Those invited will enjoy the billiards humidor room and the lauded Esquire Home Collection (now available for purchase at ABC Carpet and Home) as well as fine food and drinks. In addition, Nat Sherman will showcase an enviable selection of its cigars, cigarettes, lighters, timepieces, and other unique accessories, including a limited-edition cigar created specifically for the Esquire Home @ Nat Sherman showcase. During the store’s regular business hours, the club will be open for customers eager to view the Collection. For more information and the list of events, go to www.esquirehomeatnatsherman.com.

“Nat Sherman International truly embodies the essence of Esquire’s ‘Man at His Best,’ says Nat Sherman CEO Joel Sherman. “We feature a wide array of men’s lifestyle and luxury items that can satisfy the need of any gentleman of discerning taste, including the limited edition Nat Sherman cigars that will be served to celebrate this unique partnership and series of events.”

Esquire Home @ Nat Sherman extends the magazine’s philosophy of “Man at His Best,” a lifestyle of comfort, luxury and sophistication, to create a unique experience centered around a branded furniture collection with the same attention to detail as a fine cigar. Incorporating items across key home areas including furniture, area rugs, lighting, and other decorating accessories, the Esquire Home line debuted in select retail outlets last fall.

“Nat Sherman is an ideal partner to bring to life Esquire’s legacy of style and substance,” said Stephen Jacoby, associate publisher/marketing for Esquire. “We’re thrilled to have the ‘Tobacconist to the World’ showcase the Esquire Home Collection.”

Also on view for purchase at Nat Sherman will be three unique home décor pieces made especially for the flagship store. The designs, a new addition to the iconic Nat Sherman Stars & Stripes Collection, were created by HALO Group, makers of the Esquire Home Collection. The collection is an ongoing design collaboration with multiple designers, the first was bespoke British furniture and accessories maker LINLEY, and will debut during the showcase. 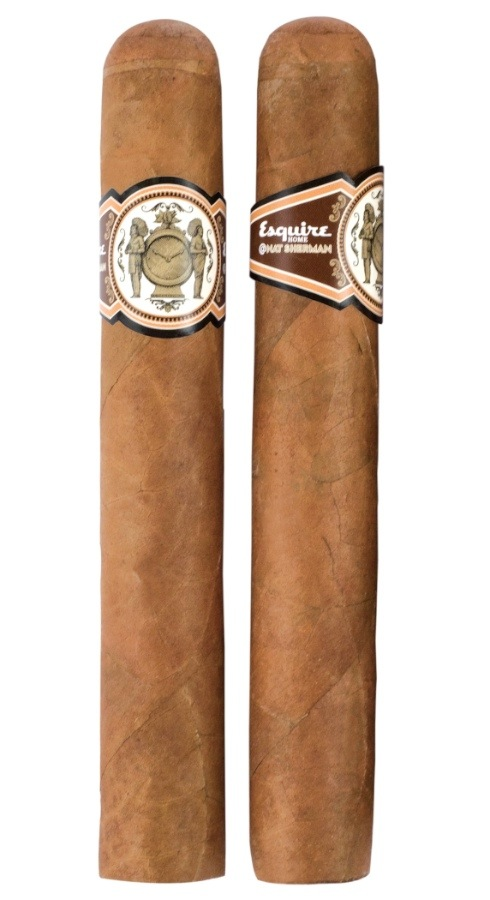 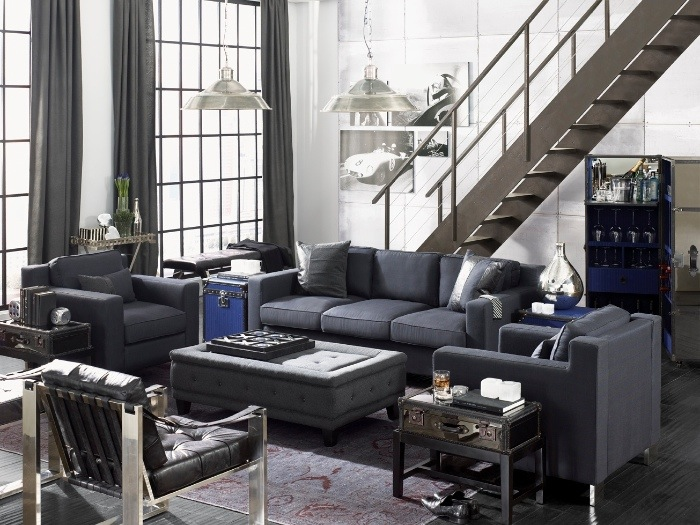