Editor’s Note: I won’t name names this time, but almost six weeks post IPCPR the amount of products that have missed their supposed deadlines continues to grow. This isn’t a new phenomenon, perhaps just that it’s being tracked. But it’s something worth noting. After the jump is another week of a lot of Fuente news, as well as another passing in the General Cigar Co. family, this time Edward Cullman Sr., by most accounts the most important man in the company’s history. — el niño diablo. 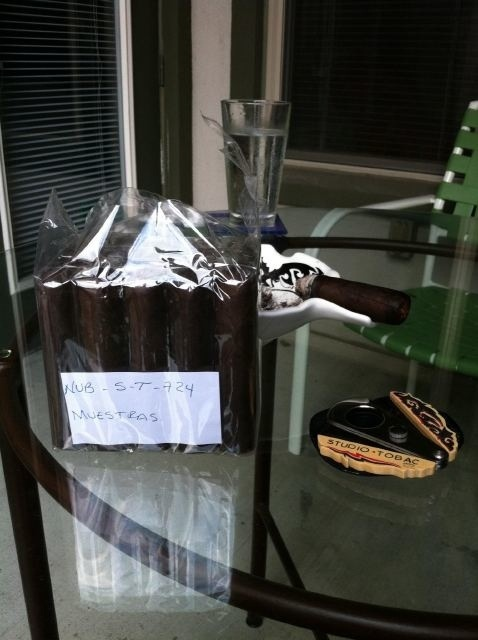 The following is a bit late.

MIAMI, FL.- (15 August 2011). Forcade Cigars today announced its first “Forcade Cigars Seminar US Tour”, a 2-hour event that instructs cigar aficionados and connoisseurs on the culture, internal details of the manufacturing and tasting of cigars. Claudio Sgroi, Vice-President of Sales & Marketing at Forcade Cigars and internationally renowned tobacco expert, will host the seminars that will visit top tobacco retailers nationwide providing valuable information applicable to cigar lovers and general audience with an interest on cigars.

The seminars will be held around the 50 states and will present easy-to-understand terms including technical information, and insider facts from the business and consumer angles of the industry, and will give attendees a solid foundation beyond the basics, transforming the smokers’ approach to cigar tasting in a new and attractive way.

Each stop of the tour will consist of:

1-Seminar: -History of the origin and diffusion of the tobacco plant -Cure and fermentation of tobacco -The Art of Blending -Construction of a cigar

Claudio Sgroi, started working in the tobacco industry in the Dominican Republic in 2001, guided by the internationally famous master of tobacco Henki Kelner. After gaining valuable knowledge about tobacco production and cigar manufacturing, he moved to Geneva, where he was Cigar Stock Manager & Sales Assistant at the famous Davidof & Cie, in Switzerland. Then he was promoted to Davidoff Brand Manager at the International Tobacco Agency (ITA) in Treviso, Italy, title that he held for three years and six months, before he decided to move to the United States and work as a Director of National Sales and Consultant for local brands, now joining Forcade Cigars, as Vice-President of Sales and Marketing.

“Claudio has a deep experience in the tobacco field and cigar industry, during his stay in the Dominican Republic he acquired a unique knowledge and with these skills he has learned to charm all the attendees” said Chistrian Forcade, President of Forcade Cigars. “People talk a lot about how but not about why, I want to share my passion with all cigar aficionados adding something new in the way we approach cigars” added Claudio Sgroi, Vice-President of Sales and Marketing.