It hasn’t been the same sort of week as last week in regard to new releases, but there’s still quite a bit of cigar news. The sun is out and the cigar event schedule is getting full. After the jump news on tons of boutiques, My Father, Tatuaje, Illusione, Viaje, Hammer & Sickle, 601, Casa Magna, Quesda, Joya de Nicaragua & more.

The My Father Le Bijou 1922 Corona Gorda is shipping this week to Puff n Stuff in Decatur, GA. Three-hundred boxes of twenty-three all numbered and signed by Jaime García. More info here. 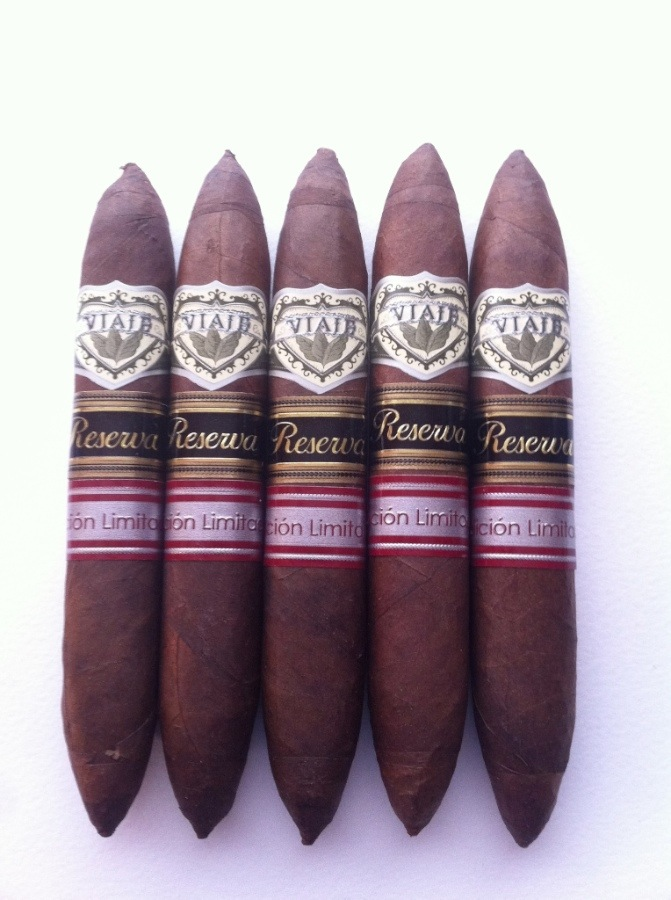 The Viaje V.O.R. DT and V.P.R. DT were formally announced, or at least the details were formally given. It’s the second time Andre Farkas has placed aged tobaccos in his popular core line blends and put them in box-pressed form. The last time produced noted results with the Oro, we’ll have to wait a few weeks before we can figure out for sure on these. More info here. Forcade gets a new vice-president of Sales and Marketing..

Sgroi brings 10 years of international tobacco industry experience to the cigar brands MIAMI, FL – (25 April 2011). Forcade Cigars announced today the appointment of Claudio Sgroi as its new Vice-President of Sales and Marketing. Sgroi will be responsible for developing, implementing and managing sales and marketing strategies necessary to reach the company’s goals for each of its three cigar lines: Forcade, Giralda Natural and Giralda Maduro. “Forcade Cigars is pleased to bring Claudio Sgroi on board. He is a key addition to our team; he brings deep knowledge, dedication and strong passion to our company.” said Chistrian Forcade, President of Forcade Cigars. “We could not have found a more qualified individual who knows this industry so well and who has such a solid tobacco background; his work will strengthen our company and definitely benefit our products and our clients.” Forcade said. Claudio Sgroi brings with him a diverse professional portfolio highlighting previous work experience in diverse territories such as France, Turkey, Italy, and the Caribbean. The 34-year old executive began his career in the tobacco industry in the Dominican Republic in 2001 under the direction of the internationally renowned tobacco expert Henki Kelner from the Oettinger-Davidoff Group. After gaining valuable knowledge about tobacco production and cigar manufacturing, he moved to Geneva, Switzerland where he was Cigar Stock Manager & Sales Assistant at the world famous store Davidoff & Cie. In 2006 Sgroi was promoted to “Davidoff Brand Manager” at the International Tobacco Agency (ITA) in Treviso, Italy, a title that he held until 2009 when he decided to move to the United States. In the States, Sgroi worked as an independent consultant with various local cigar brands, expanding sales efforts nationally and increasing brand exposure. Now joining Forcade Cigars, as Vice-President of Sales and Marketing, Sgroi will not only continue to market the company’s brands nationally, but he will also oversee the international sales and marketing operations, expanding the company’s business abroad. With Sgroi Forcade Cigars will undergo a complete renovation of its brand image without forgetting the tradition that has always made the cigars brands synonymous with high quality and exquisite taste, Claudio Sgroi has already met with Jaime García from My Father Cigars, makers of the lines Forcade, Giralda Natural and Giralda Maduro, to begin working on a new extension line that will be launched at the International Premium Cigars & Pipes Retailers (IPCPR) convention in Las Vegas, Nevada this July 2011.

I’m trying to continue to close out the week with a random picture. According to Jason Wood, the new Nestor Miranda Collection shirts are in stock. Don’t you love the new design?