Who said April was a slow cigar news month? After the jump is a massive news post with perhaps more release announcements than any other week besides IPCPR. I’m not sure what’s going on in the middle of May, but there sure are a lot of cigars coming out then. Anyways, after the jump, Viaje, Tatuaje, La Aurora, Nestor Miranda, Panacea, Ashton, Altadis, General, Alec Bradley news and more…

The biggest news of the week? The next Viaje limited release. It’s name is the Zombie. One-hundred boxes of twenty will be sold exclusively at Tobacco Grove and BURN in Minnesota. It’s a dual triple-capped Parejo. Anyways, details are here, try to play nice in the comments section.

It seems the news regarding the TAA releases has finalized. Most of these releases should be in TAA stores shortly, with the main exception being Tatuaje’s TAA release which is currently scheduled for August. Padrón has another Toro. Altadis is offering a Romeo y Julieta Reserva Real in the 6 x 60 format. Ashton offered a Short Robusto (4.5 x 50) in both VSG and La Aroma de Cuba Mi Amor blends. MATASA is delivering a Fonseca Signature Select in Robusto. The Oliva Serie V No. 4 is in stores in limited quantity, once it’s sold out here, it will be available only in Europe, although rumor has it, it will be released in larger scale at IPCPR in July. 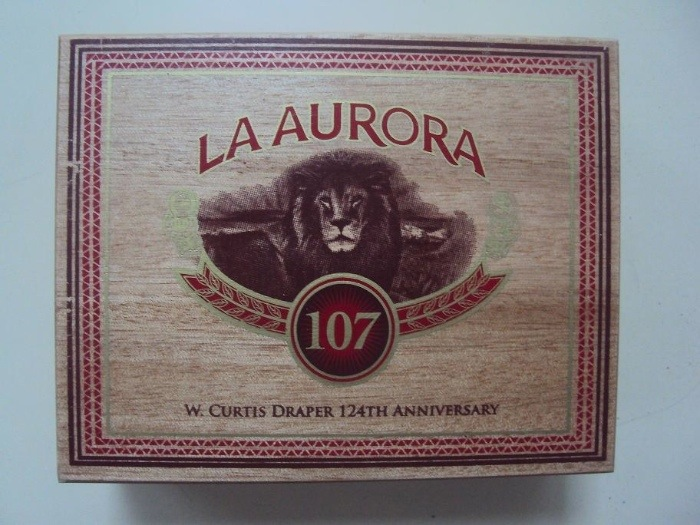 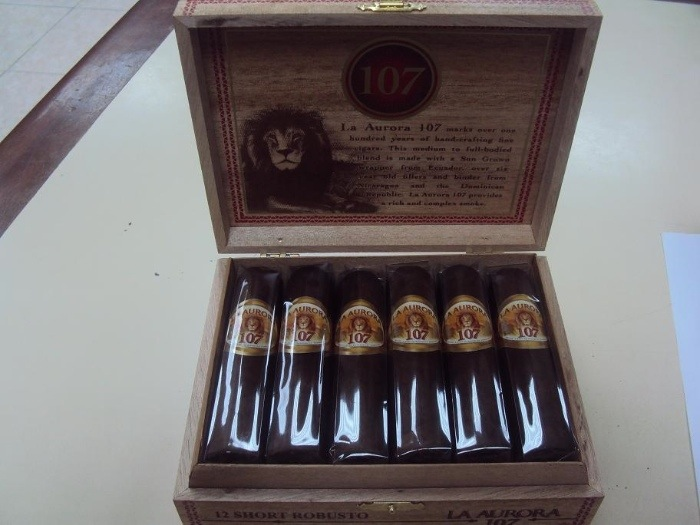 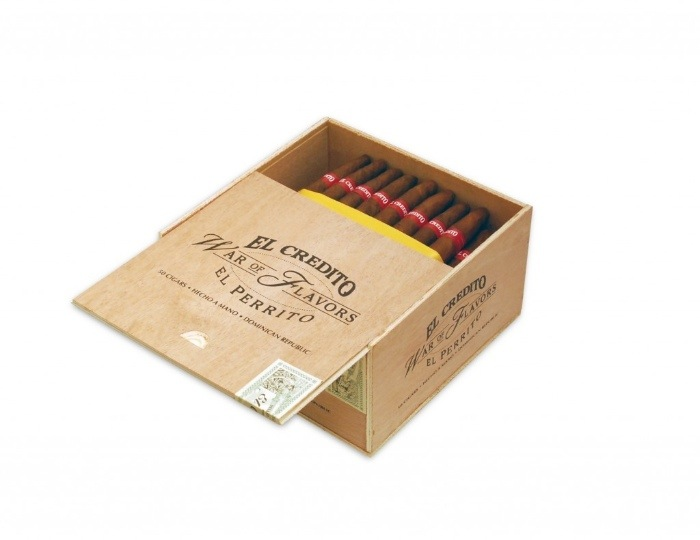 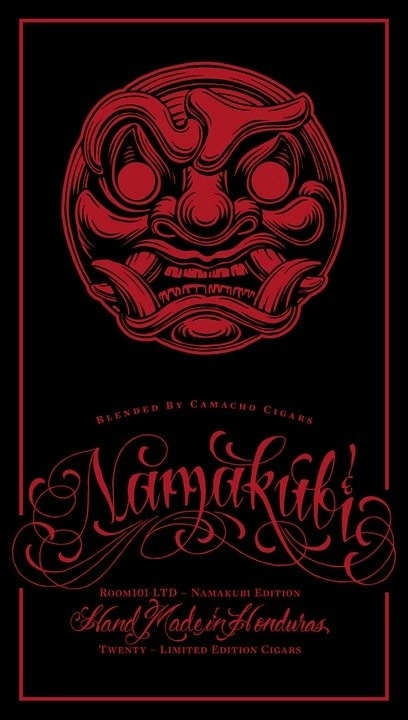 Two events of note this week:

As we told you last week, Nestor Miranda day is happening again this year. The official words from Miami Cigar & Co. go something like:

Miami, FL, 14 April 11 … Miami Cigar & Company is back at it again, always willing to show their gratitude to the cigar smoking community, they have decided to bring back the heralded National Nestor Miranda Cigar Day. On Friday, May 6th, all authorized Nestor Miranda Collection retailers will participate and enjoy all of the perks that only a day named after “The Most Interesting Man In The Cigar Industry” could include.

Similarly to the original holiday, Miami Cigar will be awarding consumers that enter any of the authorized retailers with a Nestor Miranda Collection cigar at no charge. All the smoker has to do is buy a cigar – any cigar, made by any cigar maker. Again, that’s any cigar; made by any cigar maker. The twist to this year’s festivities is that the consumer will have the opportunity to smoke the newest addition to the Nestor Miranda Collection, the Art Deco (5.5 x 54).

The ‘National Nestor Miranda Cigar Day,’ is Miami Cigar & Company’s way of thanking the smokers for their enthusiastic support of the company’s brands for the past twenty-two years, and to reassert Miami Cigar’s commitment to bringing you great cigars in the years to come.

To locate your Authorized Retailer, go to www.miamicigarcompany.com and follow the instructions on the site. (New enhanced authorized retailer search engine to launch, April 18th)

“Finally, the best holiday of the year has returned,” said Nestor Miranda, “I am very excited to once again show our customers and consumers our appreciation for their loyalty and support”.

NOTE: The cigars will be available at each Nestor Miranda Collection Authorized Retailers as long as supplies last.

Miami Cigar & Co. will be hosting an online release party for Para Japón. I shall be in attendance, virtually speaking.

A Short History of the “Para Japón” concept:

In March 2011 La Aurora hosted a media event at their factory in the Dominican Republic. Invited to this event were many members of the online cigar blog community who have become a vital part of the cigar industry today. During an evening discussion at the hotel where the attendees were staying the topic of the recent devastation in Japan came up. Cigar Explorer founder Mario Takayama (a native of Japan) described the area of Japan most impacted by the earthquake/tsunami, and just how much this destruction of that region will set back the country as a whole. As most conversations of this manner play out, the idea of “what can we do to help?” arose. Guillermo quickly came to the decision that he really had to do something, so the idea for a cigar (Now know as “Para Japón”) will be produced, and all the proceeds from the sale of the cigar will be donated to the Japan Earthquake and Tsunami Relief fund thought JAPAN TOBACCO IMEX CO. LTD, La Aurora Distributor in Japan.

Details of the Virtual Release Party:

The Virtual Release Party will be a live online event hosted by Team of Project Para Japón that is open to anyone who wishes to join in on this significant occasion. The event will be streamed live via UStream (Link will be on ParaJapon.com) and Guillermo will be on hand to answer any questions about the Para Japón cigar, or any of the La Aurora products. Also attending the event via UStream Chat, Twitter, and Facebook are all of the cigar bloggers who attended the La Aurora media event in the Dominican Republic. These bloggers will share stories from the trip, and give their opinions on the “Para Japón” cigar.

J.C. Newman is thinking Pink for a Good Cause…

J.C. Newman hosts a Pink Out to support colleague with Breast Cancer

TAMPA, FL – On Thursday, April 7 J.C. Newman Cigar Company hosted a company-wide Pink Out to support a colleague with Breast Cancer. When announced to the staff, the simple idea to wear pink grew into much more.

On the day of her surgery, everyone at J.C. Newman, office staff, cigar rollers, executives, mechanics and even the salesmen across the country donned their best pink shirt and handmade pink ribbons in her honor.

At 3:15 pm the group gathered on the steps to announce to Ybor City, “We Think Pink!” Tampa’s local FOX station was on scene to film the entire ceremony.

Before heading back inside 12 prayer balloons were released. A cultural tradition suggested by one of the employees, each balloon included a prayer from each department inside and as a group we released them all to the heavens.

“We are a family company and this is what you do for family,” said company President Eric Newman. “This day was only possible because of voluntary contributions from each department and I am so proud of everyone coming together to show support for one of their colleagues.”

J.C. Newman and its employees actively support the local community. From founding charities, to sitting on boards and volunteering during free time, employees are encouraged to give back to the community however they can.

Founded in 1895, J.C. Newman is America’s oldest family-owned premium cigar makers and also the last operating cigar factory in Cigar City. With a portfolio of famous brands from the ultra-premium Diamond Crown and Diamond Crown MAXIMUS to Cuesta-Rey, La Unica, Brick House, El Baton, to our value-priced Quorum and Factory 59’s, the J.C. Newman name is synonymous with excellence in cigar manufacturing.

Gran Habano is giving away free cigars for a year. Your choice of one box of any Gran Habano product per month for a year. (There’s a long list of legal disclaimers, you can find all that info here.)

It’s that time of the year for another Gran Habano / G.A.R. Contest to get underway! In celebration of the upcoming Cinco de Mayo we are kicking things off with the “Cinco de Mayo Celebration Photo Contest”.

The rules are easy, the game is fun and the reward will keep your humidor filled for a FULL YEAR!

In Summary: Send us your best, most creative, super-cool picture(s) of you smoking a Gran Habano or G.A.R. Cigar and we will put them on our Facebook page. Voting will be based on how many “likes” your picture receives (submit them early to get the votes in) and the winner will receive 1 box of Gran Habano or G.A.R. cigars, your choice, for 12 full months! Jim Belushi was like a kid at a candy store smoking stogies at Nat Sherman with 6 beautiful women that call themselves ‘The Bambi killers’ and ‘The Defenders’ co-star Tanya Fischer. The air filled with cigar spices while drinks and hors d’oeuvres roamed the room for guests including John Ratzenberg and Celeste Holm. In one corner, Jim, Nat Sherman owner’s Bill and Michele Sherman and Robin Bronck, CEO of The Creative Coalition, lively discussed the new Broadway hit show “Born Yesterday”, starring Jim, Robert Sean Leonard and the beautiful Nina Arianda. “There’s no better way to celebrate such a great night than with friends and a good Nat Sherman stogie”, says Jim Belushi. “We are very excited to celebrate with Jim the preview of ‘Born Yesterday'”, says Nat Sherman VP Bill Sherman. “He is a great cigar connoisseur and we wanted to make this night special so we engraved limited edition Nat Sherman cigars with the show’s title in their honor”. The night went on till early in the morning with guests refusing to leave the cozy Nat Sherman Johnson Lounge. “I’m the luckiest man in the world!”, exclaimed Jim Belushi while taking a drag of his Nat Sherman cigar.

Finally, you may have noticed that the site was experiencing some interface problems. Do not fear, our web designer is actually preparing the site for its overhaul. So get a box of tissues and say goodbye to the current theme.