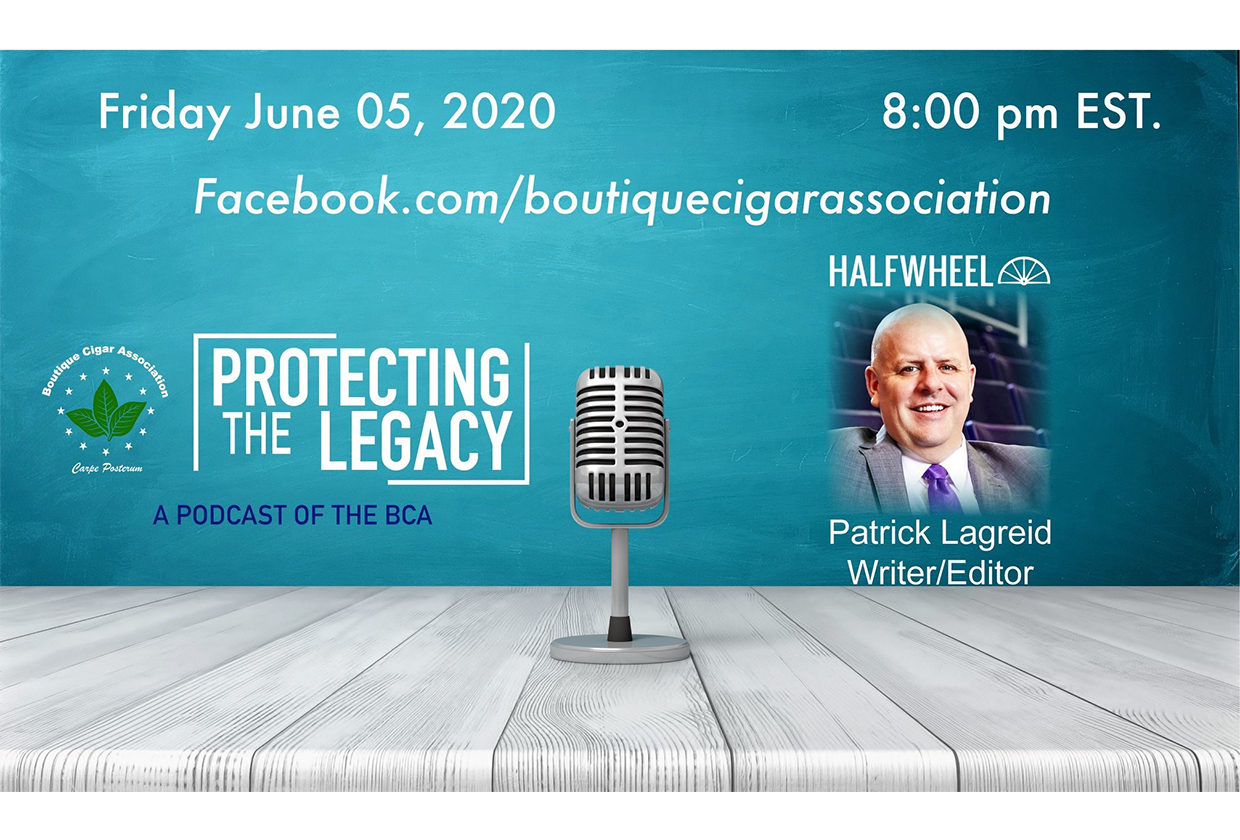 On Friday evening, Patrick Lagreid will be a guest on the Boutique Cigar Association’s Protecting the Legacy podcast, which is also broadcast live on Facebook.

You’ll be able to find the show on the Boutique Cigar Association’s Facebook page.