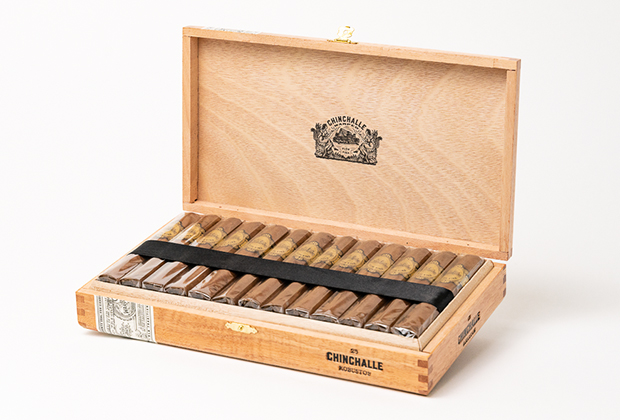 The latest creation from Warped Cigars is on its way to store shelves, as Kyle Gellis told halfwheel that he has begun shipping Chinchalle.

The blend uses an Ecuadorian habano 2000 rosado wrapper, Dominican HVA binder and Dominican fillers, with the line debuting in a 5 x 50 robusto vitola. It comes with an MSRP of $12.50, and is offered in boxes of 25 cigars. It is also the first cigar in Warped’s portfolio to come from the Dominican Republic, and living up to its name, which is a word that refers to small cigar factories, it is being produced at TABACALERA LA iSLA. That facility was opened in December 2020 by Hostos Fernández Quesada.

Gellis has indicated that more vitolas are in the works for the line.