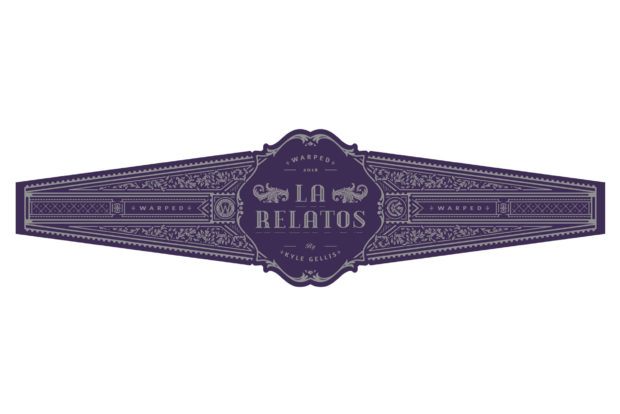 Warped Cigars’ second new release of the summer will also be quite thin.

The company has announced that it will bring La Relatos The First, a 6 x 38 petit lancero, to next month’s IPCPR Convention & Trade Show. The cigar uses an Ecuadorian habano wrapper over Nicaraguan fillers including corojo 99 and criollo 98.

It’s a cigar based on an early blend from Warped. Long before its cigars were found in shops around the country, Warped was a brand largely sold online and oftentimes through cigar forums.

The First is the first of what is expected to be three regular production vitolas for La Relatos.

The 2018 IPCPR Convention & Trade Show begins July 13 in Las Vegas. The other release announced by Warped is Moon Garden, a 7 x 40 lancero. Both cigars are made at Tabacos Valle de Jalapa S.A. (TABSA) in Estelí, Nicaragua.