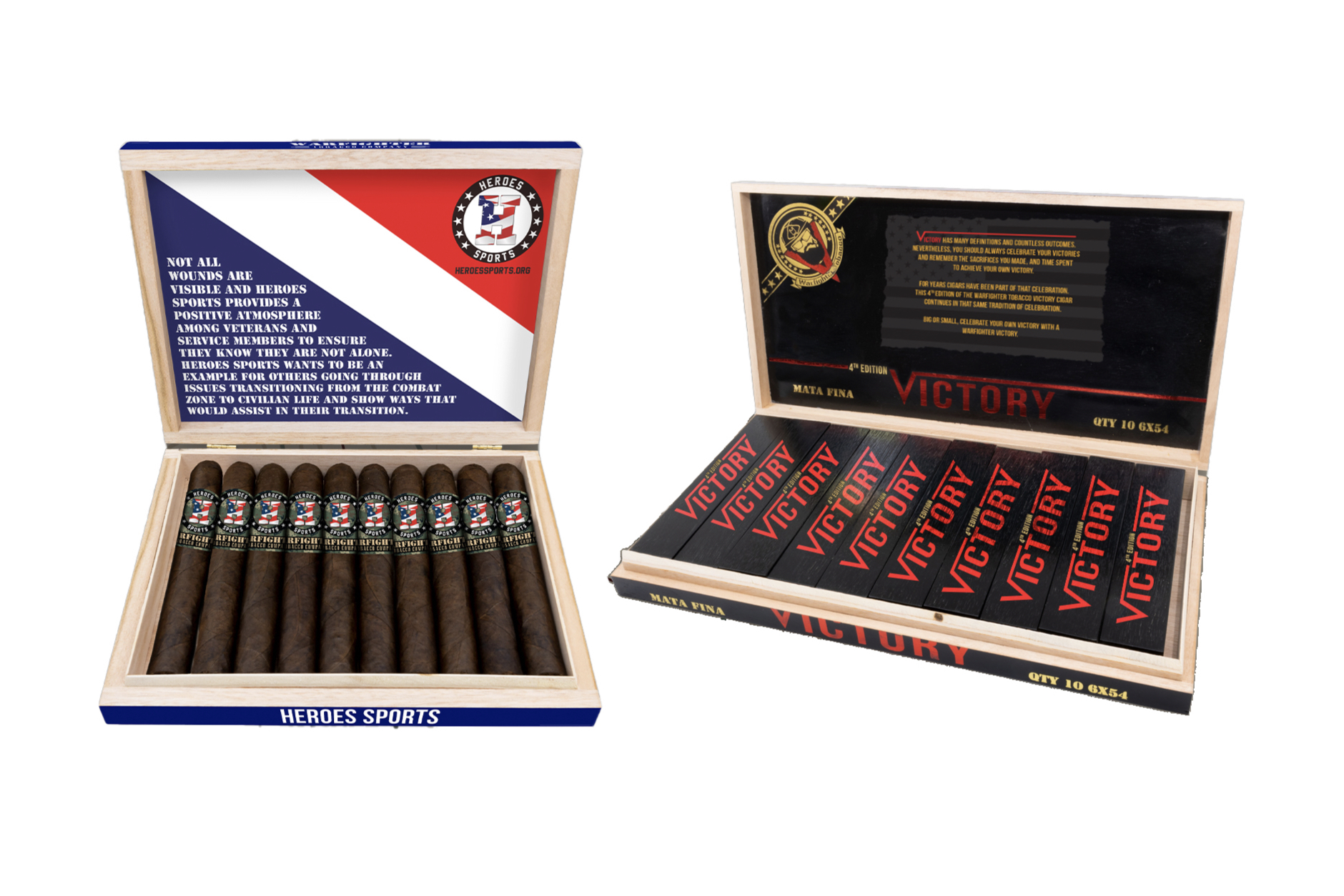 At next month’s PCA Convention & Trade Show, Warfighter Tobacco Co. will show off two new cigars: one part of an ongoing series of limited editions and another for a charity that benefits service members and veterans.

One is the Victory 4th Edition, the fourth cigar in the company’s Victory Series. This release is a 6 x 54 torpedo with a shaggy foot. It uses a Brazilian mata fina wrapper over a Nicaraguan binder and fillers from Nicaragua. It has an MSRP of $17.76 per cigar and will be limited to 2,000 boxes of 10 cigars.

The company is also launching a new line called Heroes Sports that will benefit a Texas-based charity by the same name. Heroes Sports is a regular production line that will be offered in a 6 x 52 toro size that uses a Mexican San Andrés wrapper over a Nicaraguan binder and Nicaraguan fillers. It will have an MSRP of $11 per cigar and be offered in boxes of 10 cigars.

Warfighter, which is a veteran-owned business, will donate a portion of the sales of the cigars to Heroes Sports, a San Antonio-based charity that offers service members and veterans opportunities to play sports, hunting and fishing trips, concert tickets and others. A major goal of the charity is helping veterans with physical and/or mental injuries experience fun outings.

Both cigars are made at Tabacalera Carreras in Estelí, Nicaragua and are expected to ship in August. Warfighter Tobacco Co. will show off both releases at the 2022 PCA Convention & Trade Show, which takes place July 9-12 in Las Vegas.