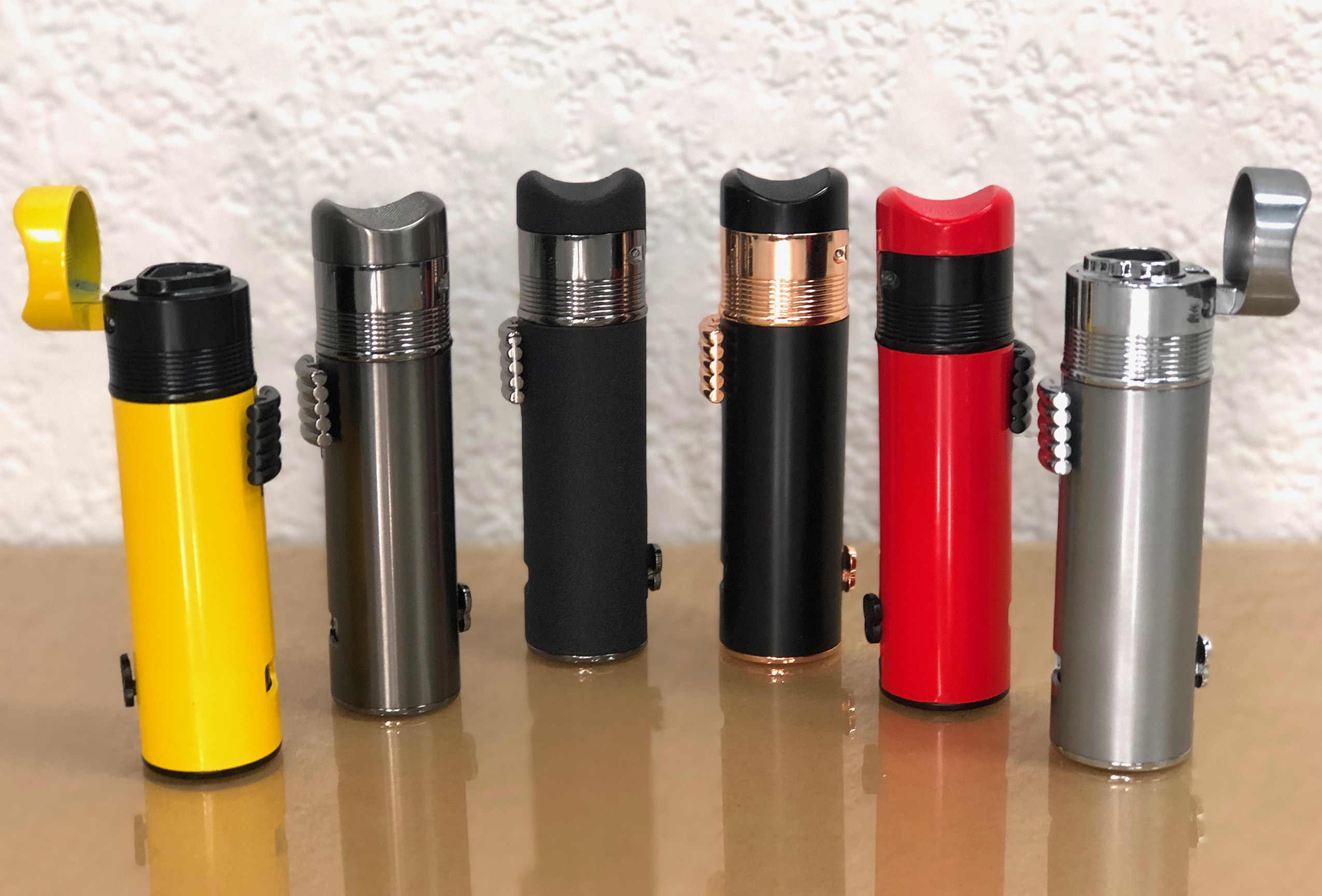 Visol Products is bringing a new triple torch lighter to the Tobacco Plus Expo, as the company has announced the Saddle, which comes with a built-in cigar rest and punch.

The lighter measures 3.9 x 1 x 1 inches and weighs approximately 4.5 ounces, according to a press release from the company. It features a rounded body shape to aid in comfort while in use, while its wide, flat base allows it to stand freely on a table or desk, which sets the base for the curved lid to hold your cigar when another spot is not available.

That base is also home to a retractable punch cutter, while the front of the lighter’s cylindrical body features a small fuel window. As for the ignition, it’s  a pull-down mechanism with a metal piping activating lever.

The lighter is available in six colors, all with an MSRP of $30, though it will be a few months before they end up on store shelves. Gaurang Patel of Visol told halfwheel that he expects they will be at retail in about three months, meaning the end of April or early May.