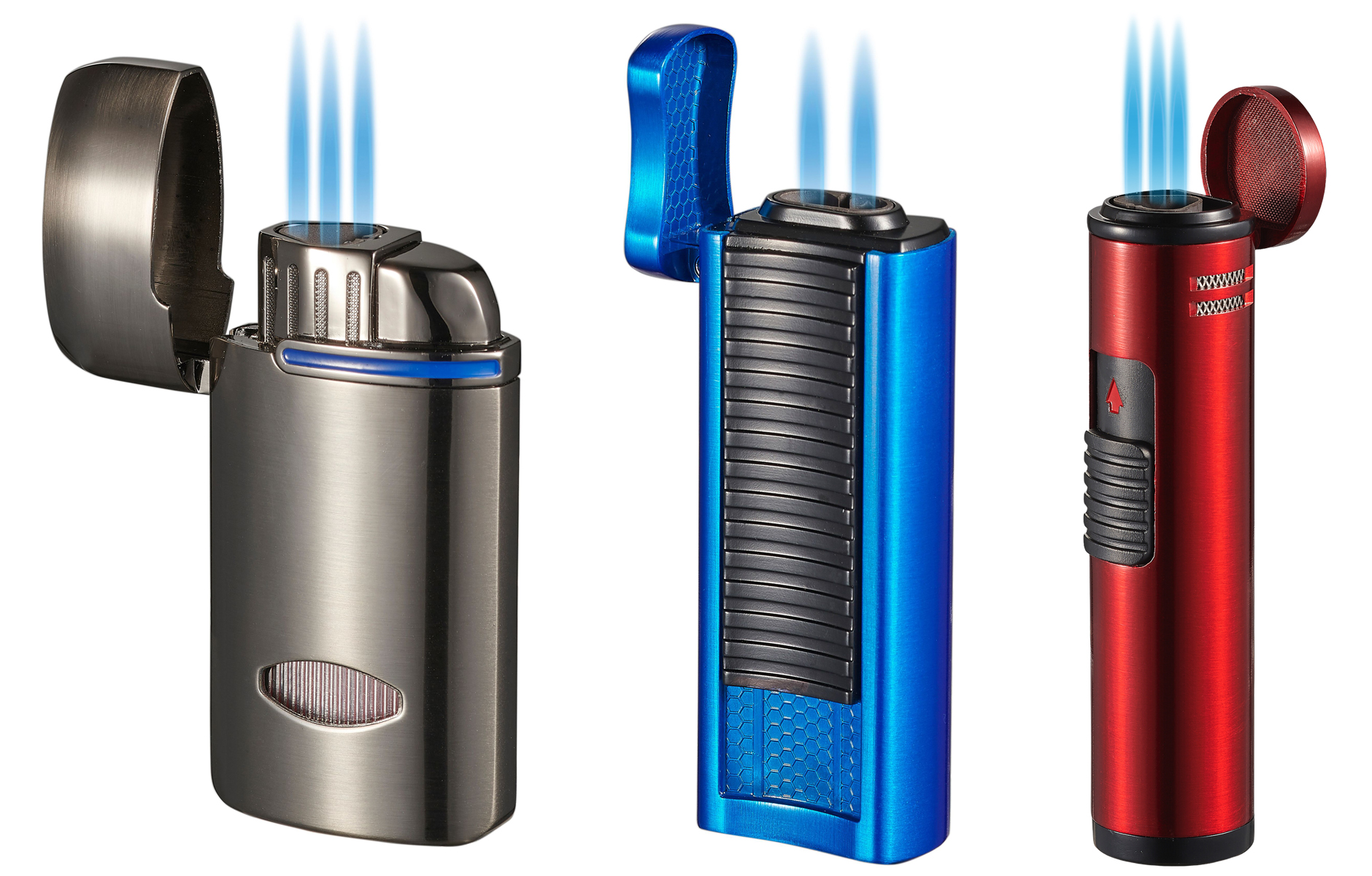 Visol Products will be showing off a trio of new lighters during the 2022 PCA Convention & Trade Show.

The Visol Tiger is a dual-flame torch lighter that measures 3.6 inches x 1.4 x .08 and weighs 3.7 ounces. It includes a dual side cigar rest as well as a fuel window and 7mm flip-out punch cutter. The Tiger will be offered in five colors—black, blue, gunmetal, red and silver—each with an MSRP of $40.

In addition, Visol will be also adding a solid metal, triple-flame lighter named Cobra which will be sold in four different colorways: black, blue, gunmetal and red. The lighter measures 4.2 inches x 1.1 x 1.1 with a weight of 4.1 ounces and includes a fuel window and 9mm flip-out punch cutter. Finally, the company will be showing off the Visol Panda, a triple-flame torch lighter with a metal body that measures 3.4 inches x 1.8 x .08 and weighs 4.3oz. The Panda includes both a fuel window and a 9mm flip-out punch cutter.

It has an MSRP of $50 in five colors: chrome, black, blue, gunmetal and red.

All three products will debut at the 2022 PCA Convention & Trade Show, which takes place July 9-12 in Las Vegas and are scheduled to ship to retailers in September.