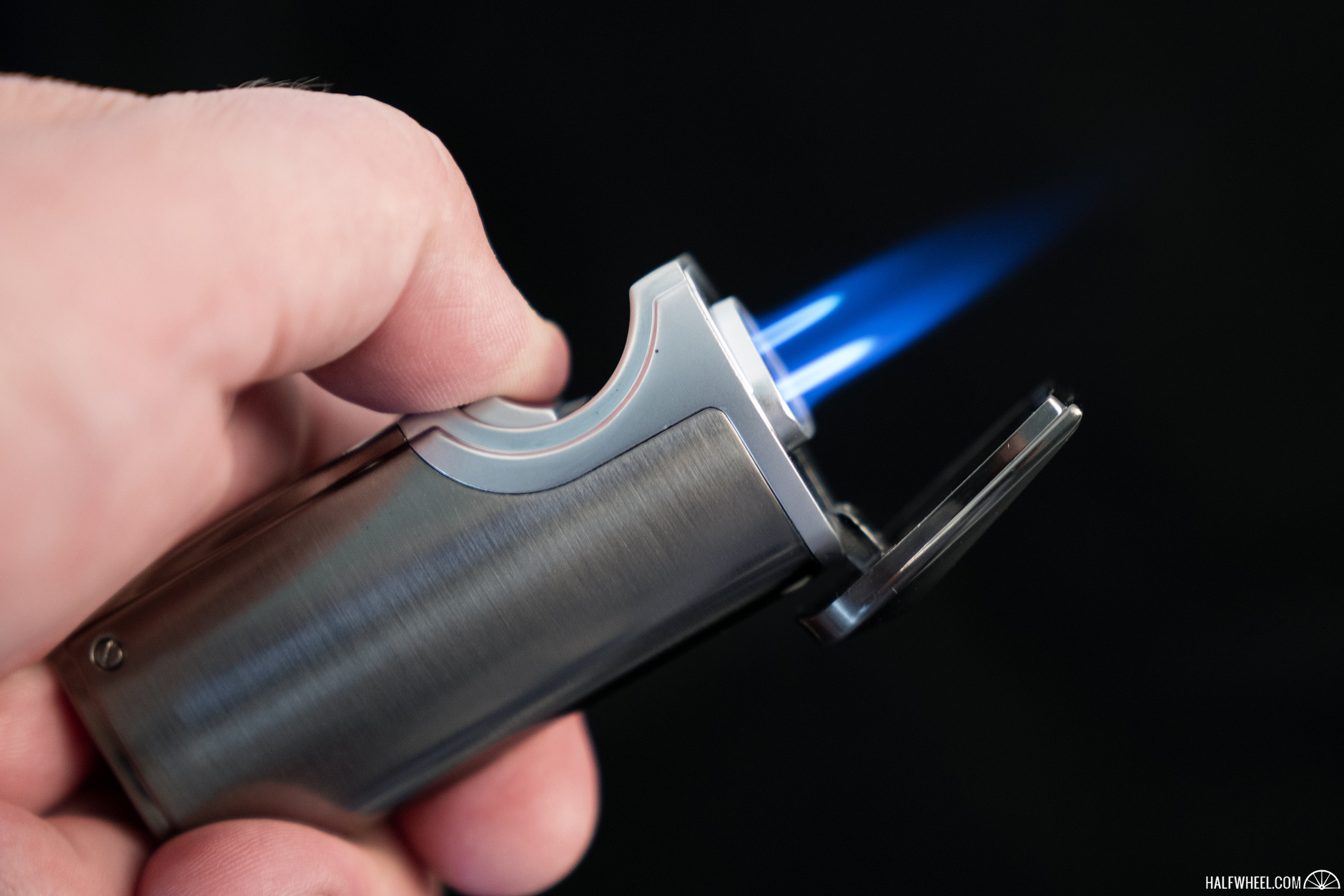 For as many cigars as there are on the market, there seem to be just about as many ways to light them. There are the big differences such as torch flames versus soft flames, and certainly enough designs to give cognitive overload, but then there are other differences that are more integral into how the lighter functions.

In general, cigar lighters tend to work on a system of a piezo ignition, a process in which an electric charge is generated when certain materials are subjected to high pressure. In practical terms, it means press a button or pull down on a button, create a small spark that ignites a flow of butane. Specifically, a small, spring-loaded hammer hits a crystal of PZT or quartz crystal, creating voltage that gets conducted along a wire to where the spark should come out and ignite the gas. While it was a pretty significant technological innovation, it has become so commonplace that we don’t think much of it anymore.

Some companies have looked to update that mechanism however, replacing the mechanism with a small, rechargeable lithium ion battery to create the spark, one of which is Visol. This year the company rolled out the Visol Hybrid USB Triple Torch Cigar Lighter ($40), which is just what it sounds like as far as the lighter end of things, but which comes with a battery that gets recharged via a USB power connection, much like a cell phone or numerous other electronic devices.

If you read the title of this review, you pretty much picked up the bulk of what this lighter is about. It’s a pocket-friendly triple-torch lighter that uses a USB-powered electronic ignition to light the flame as opposed to a traditional piezo ignition. As such, there is a USB port on the bottom of the lighter, in addition to the traditional fuel valve. It measures about 3 inches tall by 1.6 inches wide and .5 inches thick, while weighing just under .3 pounds. It also comes with a built-in cigar punch on the base of the lighter, as well as a flame adjustment mechanism that requires a flathead screwdriver or similar tool to use. It is available in gunmetal (pictured) as well as matte black, both of which have a silver accent piece around the ignition mechanism and the top of the lighter.

In terms of use, it is similar to most other lighters: flip up the lid and then depress the ignition button to both begin the flow of butane and activate the battery-powered ignition. You’ll hear a few clicks of the ignition—I believe four, generally—and with pretty reliable consistency you’ll have a strong triple flame torch fired up and ready to light your cigar. 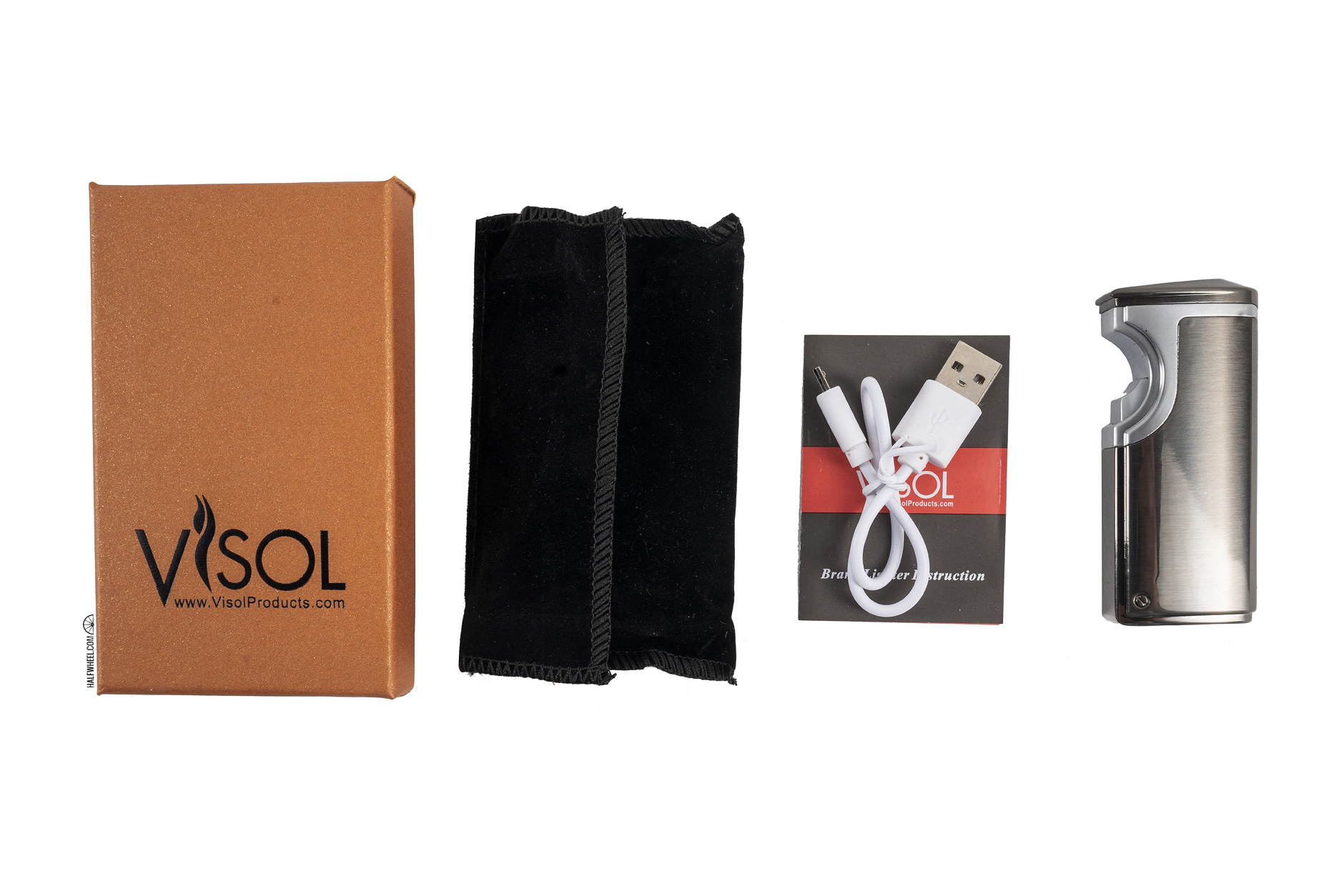 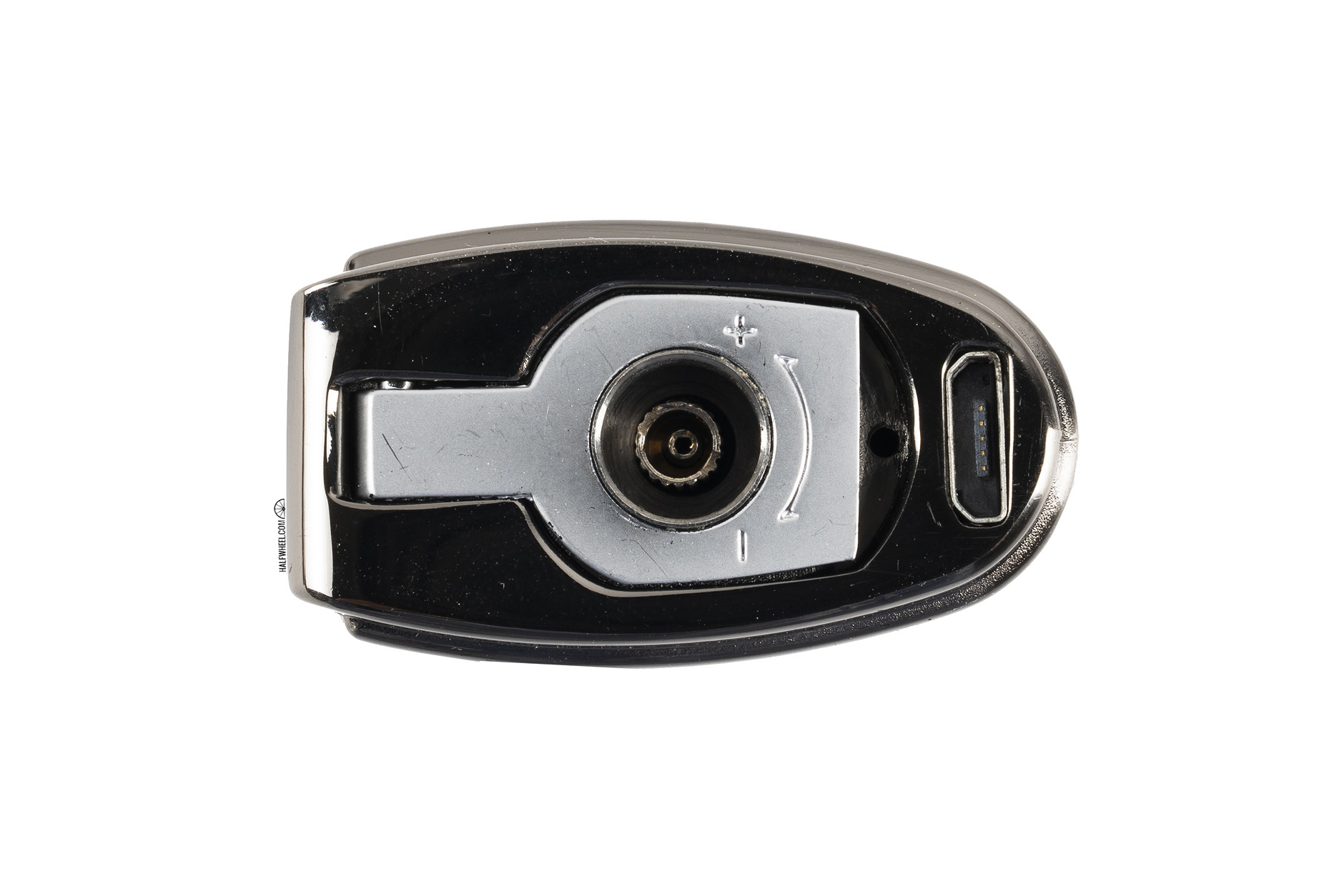 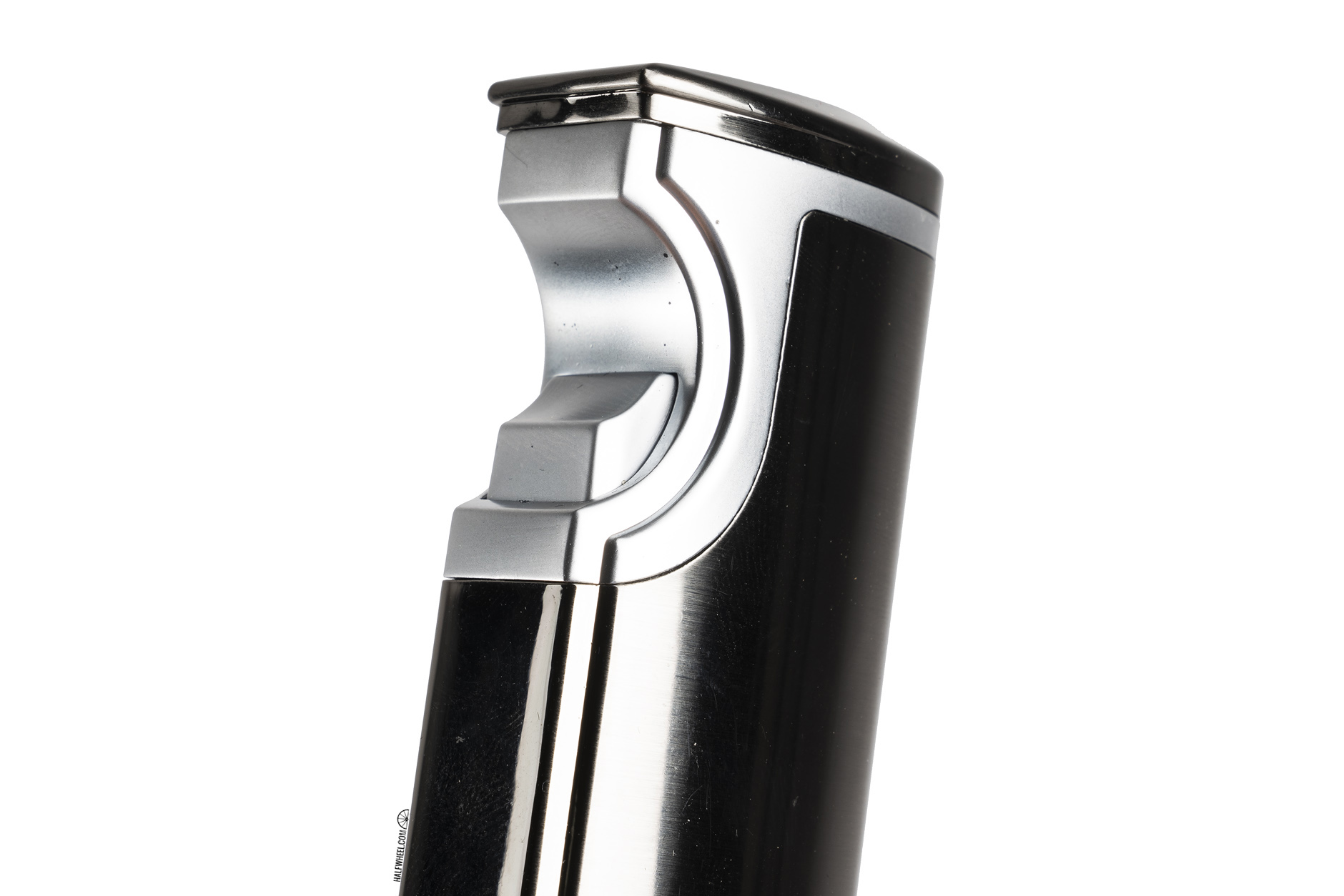 The battery-powered electronic ignition is the central part of this lighter, providing several clicks to ignite the butane and give you a pretty good chance of achieving ignition on each press of the button. And because of the lack of a piezo ignition, the force needed to activate the flame is significantly less than a typical lighter. In terms of triple flame torch lighters, there isn’t enough code to cover all the competitors. But if you’re looking for something with a battery-powered ignition, there are a few out on the market are worth considering. 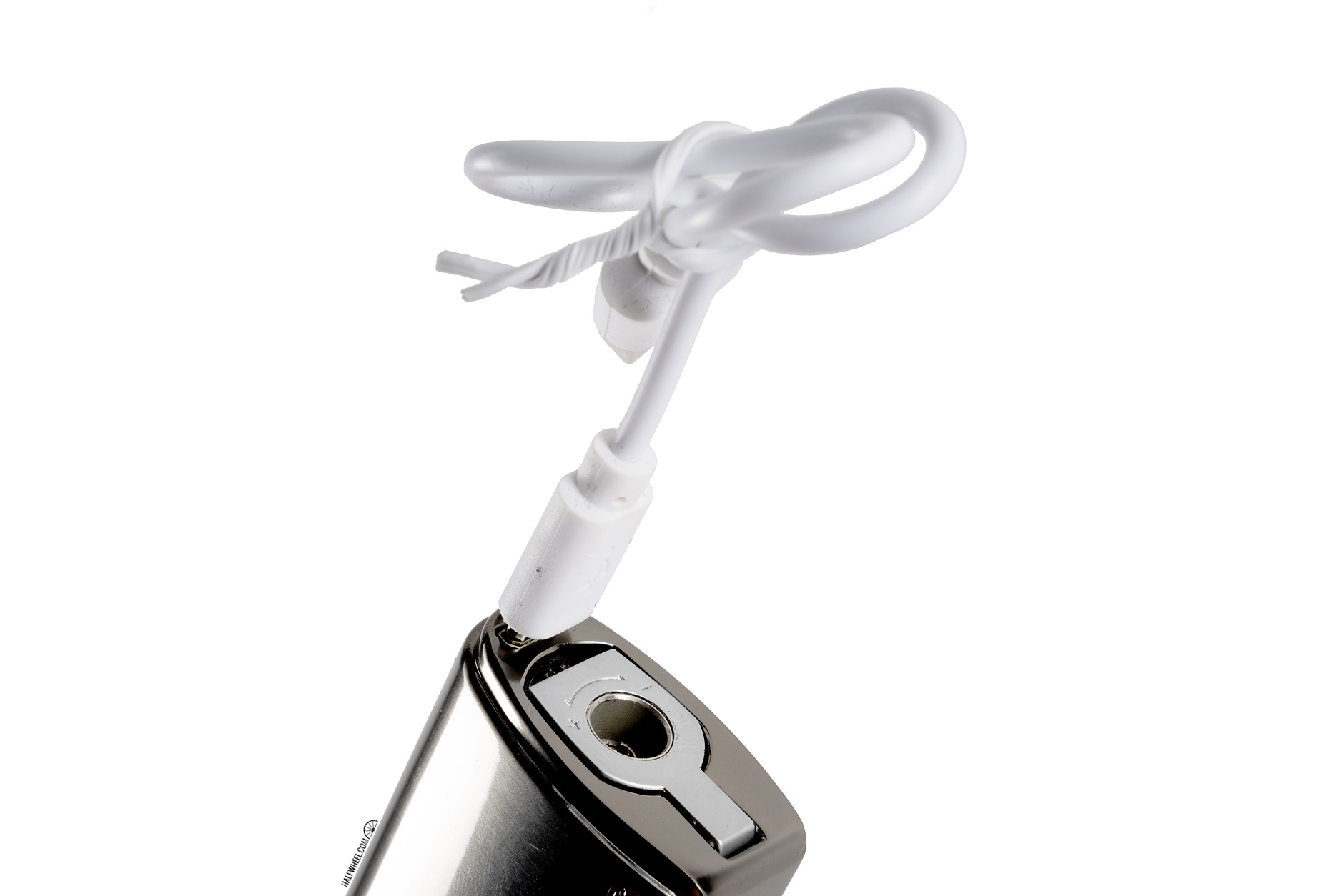 A FEW OTHER NOTES No. There are some real flaws with this lighter, and for as much as I enjoyed using it and think there is some merit to it, it’s hard to overlook what this lacks. Let me be clear: in terms of function when filled up and charged, it is quite good. I never had a problem with it and it lights about as reliably as any lighter I’ve used in recent memory. But the burden of keeping it full and charged is on you and the lighter does nothing to help with that. The lack of a fuel window and charge indicator is pretty noticeable, and it’s too easy for this to become unusable, all in the name of a battery-operated ignition that provides marginal benefit over a traditional piezo ignition.